RETURN OF THE BATS

After having an exciting career playing the beautiful game I took it upon myself to start my coaching badges, I spent a few years at the club, Valencia before finally being trusted by Peter Lim (chairman) to take control… Last Englishman to be in charge of this big club was Gary Neville and let’s all agree, his first job as a manager couldn't of been harder.

Valencia has a lot of history, great stadium, great fans, facilities and now a promising future with me at the helms! At the age of 27, I have taken it upon myself to become the catalyst to spark the revival of this sleeping giant, I believe I can take on the beasts Barcelona, Real Madrid & Atletico whilst fighting other giants such as Sevilla and Villarreal – call me Batman (This is what I had said in the interview, seemed to work, now I am in the driving seat, no pressure!). 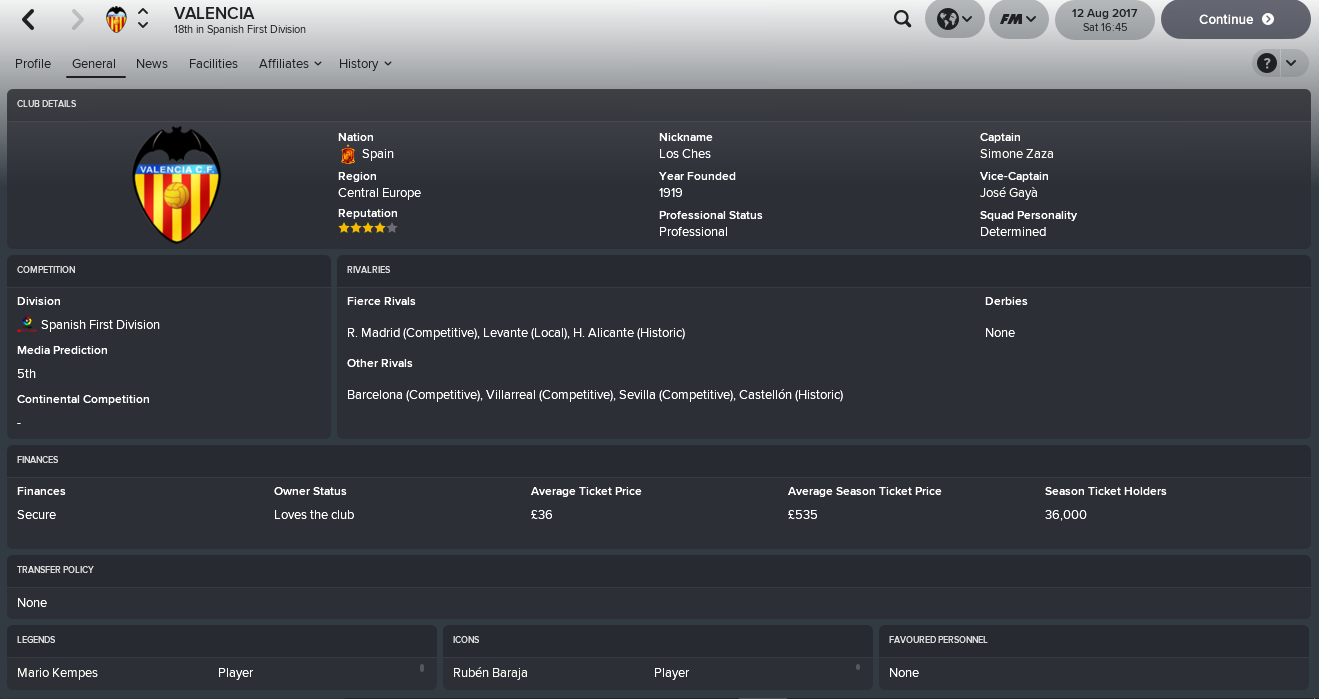 After sitting down with Peter Lim, we discussed the targets and set out a road map for where we want the club to be, we agreed on the expectation that we would qualify for the Champion’s league, be competitive in the Copa Del Rey & league, the media have predicted that we will finish 5th which won’t be easy as La Liga isn’t the easiest of leagues to compete in, however, we will do our very best! The expectation to qualify for the biggest competition in the world would be what the club needs to kick start our target to TAKE OVER THE WORLD! Ok I went too far with that, I actually meant to say… qualifying for the biggest competition in the world would kick start our journey to make history.

Peter handed me the club’s bank card and told me that there is 17million to spend as I wish (on players not “barcos y carbras (which is boats and goats in Spanish”) now I have met my boss and declined to meet the media to announce my arrival which has no doubt wound them up, which I am now expecting to see me in scandalous stories in the paper in the next few weeks… I am now on my way to meet my back room staff, the unsung heroes of the football club, the ones who will put up with me wearing my Batman costume as I announce the lineup) the ones who I will probably ignore during matches when I am 5-0 up and my assistant tells me we are being overrun in midfield.

The main staff members I wanted to speak to was my assistant manager, head of youth development, my director of football and finally my chief data analyst, however I don’t have a director of football so I need to search for one! I run a background search on current staff members who attended our meeting which included paella, smoking cigars, us wearing fedoras and drinking a lot of Sangria – never liked the stuff until now!


His new name is now Robin, because I am Batman! I hope to forge a great friendship and relationship with this man as I will be spending more time with him then my wife.

This is my HYOD… He looks good but hates kids! What a great role model to have around my young developing Bats! I will need to keep a close eye on this guy in case I find him shoving one of their heads into a bin for not scoring 30 yarders in training.

And finally… My chief scout, the man who is going to crack the whip if my other scouts fail to bring in the next Messi or Ronaldo… Whilst I am trying to hire a DOF… this will be the man in charge of searching the world for my next weapon!

After being at the club for nearly a few weeks I have so far made a few signings including a DOF! Who looks like he can step up to the plate and do all the work I don’t want to do! He will hire any staff I need; any players he thinks are good enough to play for the club as well as update me on scouting missions.

Meet Ed! I had heard very good things about this man, he has a lot of experience in top leagues with big clubs so I decided to kidnap him outside Londis in Leicester and bring him to Spain, I did promise his family that they would see him once we have achieved what we needed to! 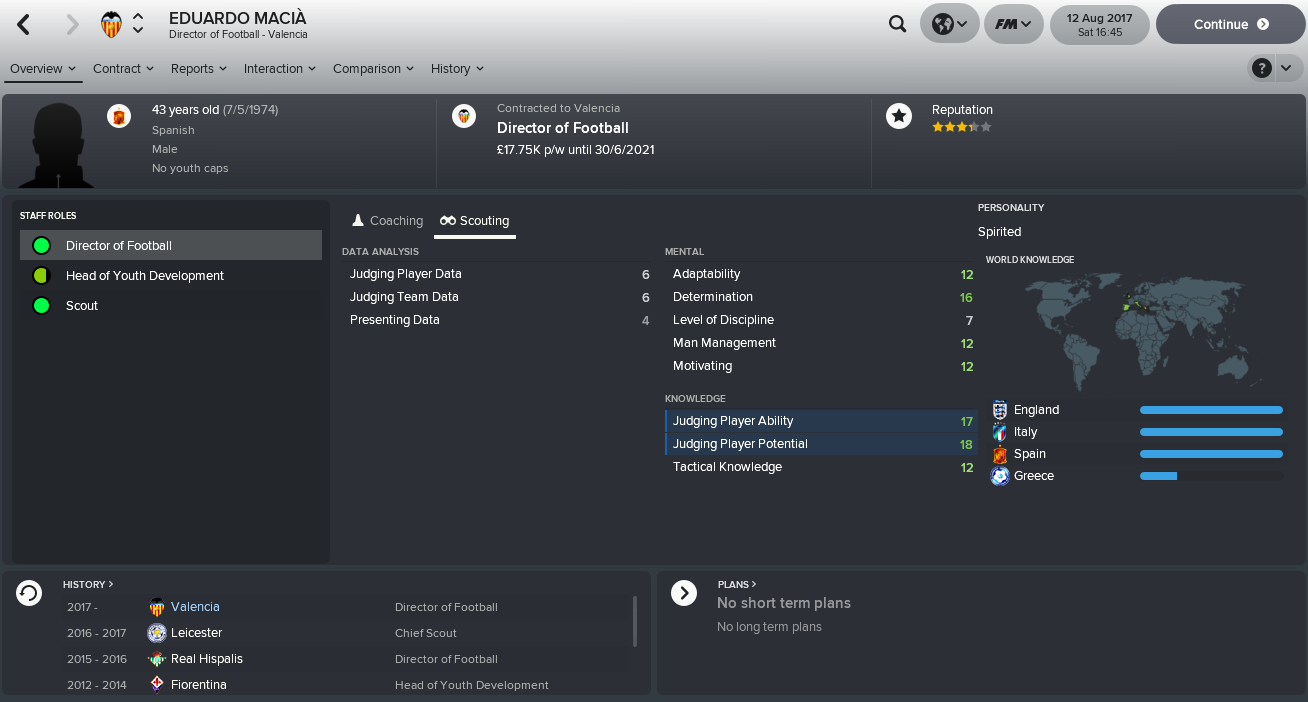 I wanted to bring a few youth players in, so I persuaded Thomas Butink who has bags of potential who I am hoping can light up La Liga and take the limelight off any other potential prospects that Barca, Real and Atletico have coming through however I know they will be keeping their eyes on him, seeing as I took him from under Barca’s nose, however… my DOF decided to give him 7K! 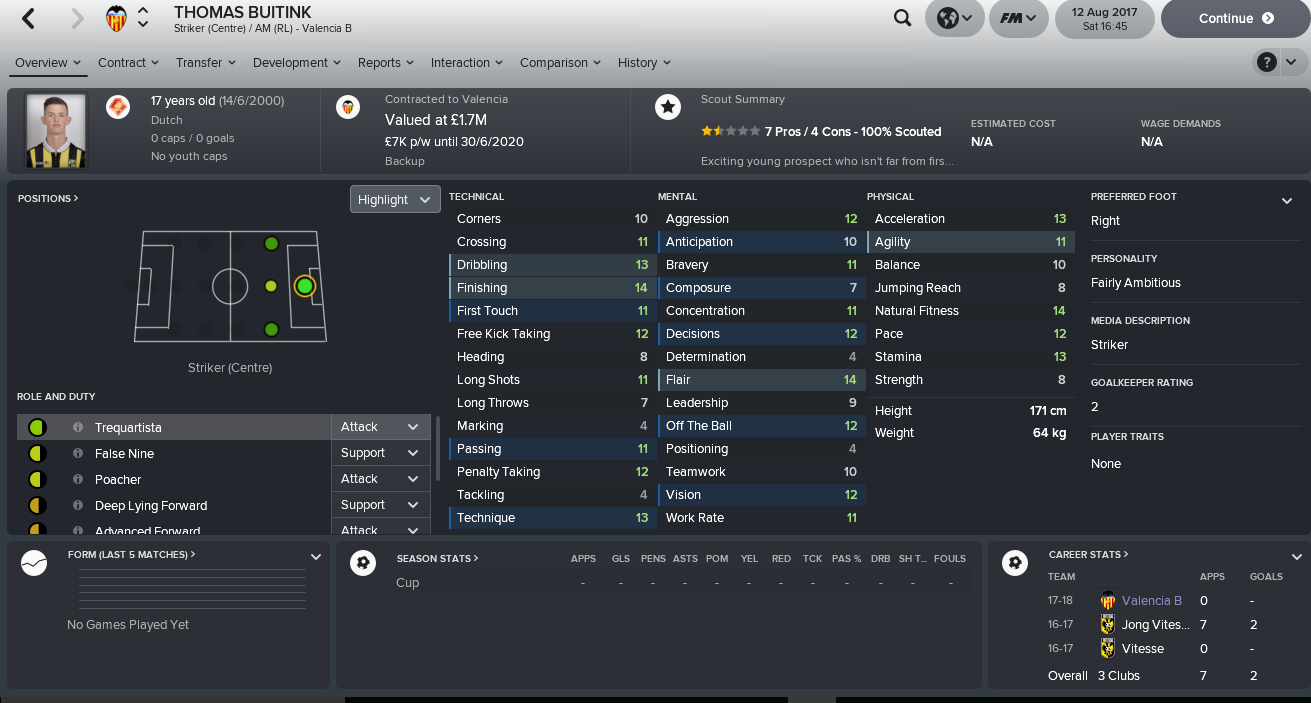 I wanted a young LW to come in and be able to step in to the first team within a year and feel Raphinha, can do that, for a cheap 2.5 million and take from under Barca’s nose again, my DOF did well to bring this lad to the club, I hope he can bring what Neymar did when he arrived.

And the last of my young Bats:

Chuma & Walter Gonzalez, I am expecting big things from these 2, Chuma was released by Sevilla and wrongly so, Rodrigo will be tutoring him and I will be making sure he develops well. Walter arrived for 825k, very cheap and cheerful for what I know he can add, he is powerful, quick, and to me an all rounded player…. Which is exactly what I want at the club to play up top and bang in the goals. Those 2 are helped clear the need for more options up top
Biggest signing:

Daley Blind, we all know what he adds to squads, he is versatile at the back, very underrated at Man Utd, I need a LB and a DM, he can play both and feel he can be a first team regular!

A short, sweet pre-season, my assistant manager had the task to arrange the games and take control – I was too busy with trying to hire new staff members and go sight seeing. I am hoping the training regime I have since put in place as well as formation will help the club get where we need to be. Wasn't impressed with some of the results, but more youth was played. 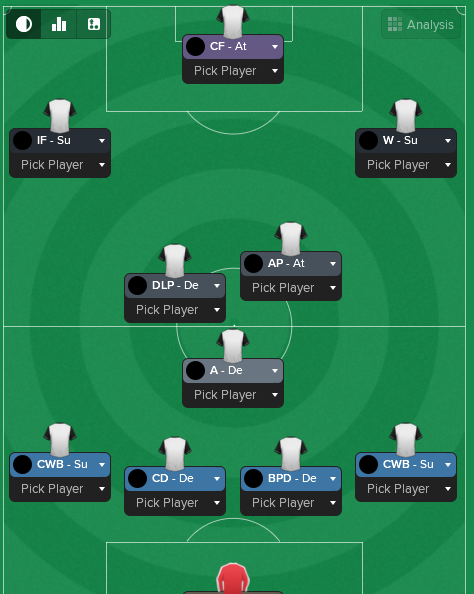 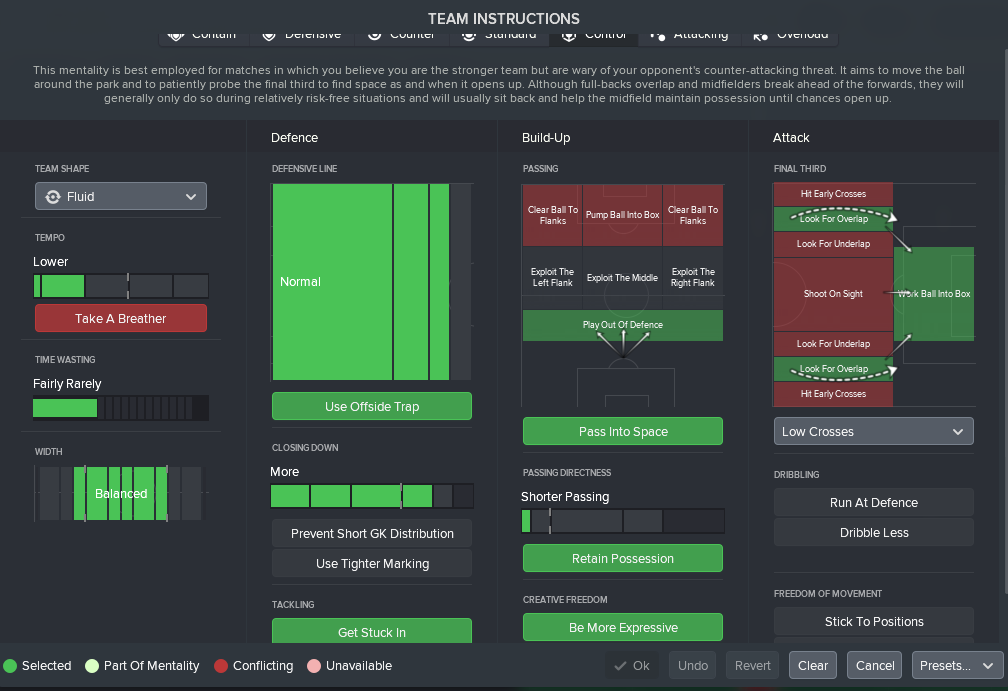 First game of the season, I am up against Alaves at home, my first game in charge and it will be in the beautiful Mestalla stadium! 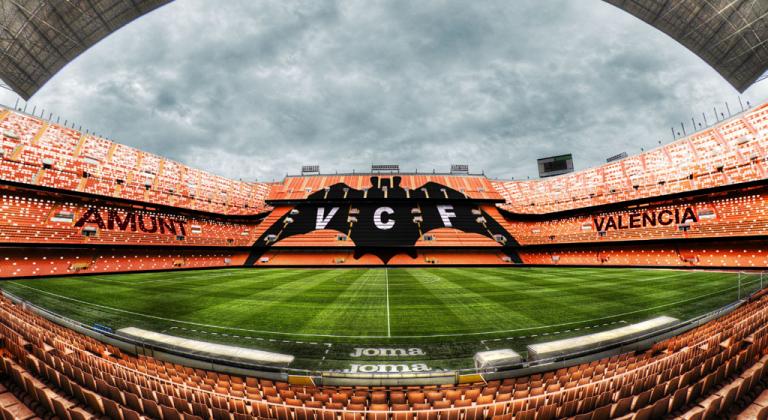 I hope you enjoyed the first read of my journey and are keen to hear more :-)

Chapter 2 will be coming shortly!
Login to Quote

You are reading "Return of The Bats".