A yet unknown local businessman has reportedly had an offer accepted to buy National League North side, Gainsborough Trinity. Trinity’s potential new owner’s plans for the club are yet unknown, but he is said to be highly ambitious. A source close to the club has hinted that the new owner will have a 5 year plan to get the club into the Football League for the first time since they were voted out of the Second Division in 1912.

Gainsborough are founding members of the National League North, but have thus far failed to gain promotion into the National League. Although, they did go close during the 2011-12, falling to defeat in the play-off final to Nuneaton Town, after beating ex-football league side Halifax Town in the semi-final.

The town has had high hopes for the club since then, with a feeling that their time is coming ever closer with a strong recruitment drive over the last couple of seasons, however chances of promotion are again looking unlikely this season.

Can this new mystery man finally lead the club to a higher level?
Login to Quote

Long wants to create a legacy at Gainsborough Trinity

In an unveiling to the press, Long has said that he has a “5 year plan to get the club into the football league”, and will look to “create a legacy”.

He added that youth development is a big part of his desire to own a football club, as he wants to give talented youngsters a chance to shine. He promised that he will look to make “similar clubs envious of the clubs youth set-up within three years”.

He will also look for domestic and foreign talent to join the club, and will be very hands on with the team and it’s day to day running. Where this leaves current manager, Lee Sinnott, is currently unknown, although Sinnott has admitted that he is “looking forward to the future”.

Justice
1 year
Hopefully one day you can bring home the Trinity of major trophies; PL, CL and FA Cup!
Login to Quote 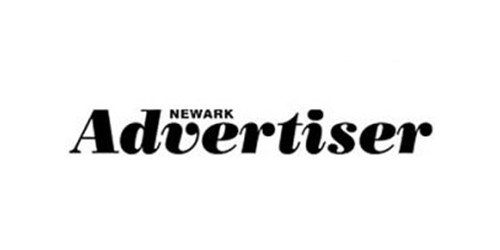 Todd has confirmed that he will be making improvements to the ground, adding to its small capacity and making it a family friendly zone.

When speaking to Newark Advertiser early today, Shaun Todd said: “I want to make football an important part of the Newark community, the town currently does not have a team to be proud of - I want to change that.

“I have big plans for football in this town, which will excite the town and really get a buzz going. I down want fans to have to travel far and wide for their football fix anymore.”

The two clubs have finished their respective seasons, therefore Todd has the summer to make his dream a reality.

He added that he may have some breaking news for the area in the not too distant future, so to “watch this space”.

This news comes after yesterday's announcement in Gainsborough that Shaun Todd's long-term business partner and childhood friend had taken over National League North side Gainsborough Trinity.
Login to Quote 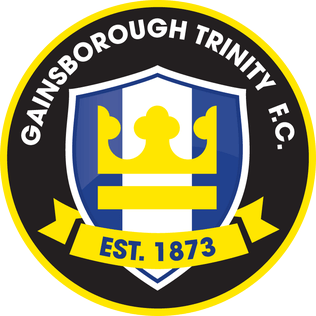 Trinity to move away from Gainsborough?
5th April 2017

The question on every Trinity fans lips is ‘will Gainsborough Trinity be playing in Gainsborough for much longer?’. Rumours are abound that Chairman of the club, Pete Long, is looking to move the club elsewhere, with current employees of the club saying they have all had emergency meetings and have been made redundant.

Could this mean that the ambitious property developer, who only recently bought the club, has bad intentions for the club and may be looking for a relocation. Or is he looking to bring in a whole new coaching and backroom staff, to start a new chapter at the club.

A rumour online has suggested that Long’s hometown Newark-on-Trent, 20 miles away from Gainsborough, could be a potential option. This rumour has especially been gaining traction since Pete Long’s business partner Shaun Todd, has recently bought two amateur football clubs and their ground, which could become the perfect place to move Trinity in the short term.

At this moment this is only a rumour, but hopefully the club will come out with an explanation for the weird goings on at Gainsborough Trinity in the near future.

Is Newark-on-Trent on the verge of having it’s first ever semi-professional football team?

Rumours about a potential move for National League North side Gainsborough Trinity to Newark are circling, Pete Long and Shaun Todd were spotted walking around Station Road – the current home of Collingham FC and Newark Town, who were recently purchased by Todd – the other day. The old friends were potentially looking at an alliance with both businessman wanting to bring a good standard of football to their hometown.

Todd has already shown his commitment to football in Newark, with work starting on an upgrade to Station Road. This includes an expansion of the 2,000 all-standing stadium to a 4,125 capacity stadium with 2,625 seat available in two semi-temporary stands.

Todd will refurbish the club house attached to the ground, upgrade the dressing rooms with a kids play area attached to the back and a new car park. The two 3G training pitches attached have been torn up and will be replaced by a full size grass pitch. A new gym will be built on adjacent land to the stadium, with state-of-the-art equipment in side.

This has been called overkill by many locals for two sides who are currently in the lower depths of local football. This has helped the rumours of a potential move for Gainsborough Trinity to Station Road, especially as they could make use of the facilities which would be an upgrade to Trinity’s current stadium, Northolme, which has only 504 seats available at the ground (and a capacity of 4,304 overall).

If Gainsborough Trinity were to move to Newark-on-Trent, what do you think they should be re-named?

Trinity to Re-Locate to Newark-on-Trent

Chairman of Gainsborough Trinity, Pete Long, has today confirmed his intention to re-locate the club to Newark-on-Trent at the end of the 2016/17 season.

The club will move into Station Road, in Collingham near Newark, where a current re-development of the ground will see an expansion of the capacity from 2,000 to 4,125.

No further information about the move has been announced at this time, however in a statement on the club’s website, Pete Long said:

”I am very excited by this new chapter in the club’s history, it will help the club achieve my very ambitious goal of plying our trade in the football league within five years.

I would like to make it clear that this was not a decision made lightly, the club will still be accessible to all current fans and they will be welcomed with open arms. In fact I think they will be pleasantly surprised by the direction we are taking with this move.

I had a study conducted early this month looking at travelling times for fans all over the country to their favourite teams, and it was found that 35% of fans in the country travel over 30minutes to watch their team play on a Saturday. Newark is only 20miles away from Gainsborough, therefore approximately 30minutes - some fans may even have a shorter trip to Newark!

I really hope you join us in this new and exciting journey we are about to embark on, and keep supporting the club with the passion you have shown since 1873.

We are proud to exclusively announce that Newark-on-Trent is now home to National League North side Gainsborough Trinity, who will officially be named Newark Trinity from 1st June when club staff will move to officers at their new stadium in Newark.

The club’s official site announced earlier today that Gainsborough Trinity’s current manager, Lee Sinnott, will not have his contract transferred over to Newark Trinity. Newark have however, moved fast to bring in a new manager. Relative unknown, James ‘Jimmy’ Watson, has been appointed as the first ever manager of Newark Trinity and will officially take over the club on 1st June 2017, although he will be looking to strengthen the squad before then.

It is an exciting time for football in Newark. We can’t wait for the season to start and hearing what is planned for the club.
Login to Quote 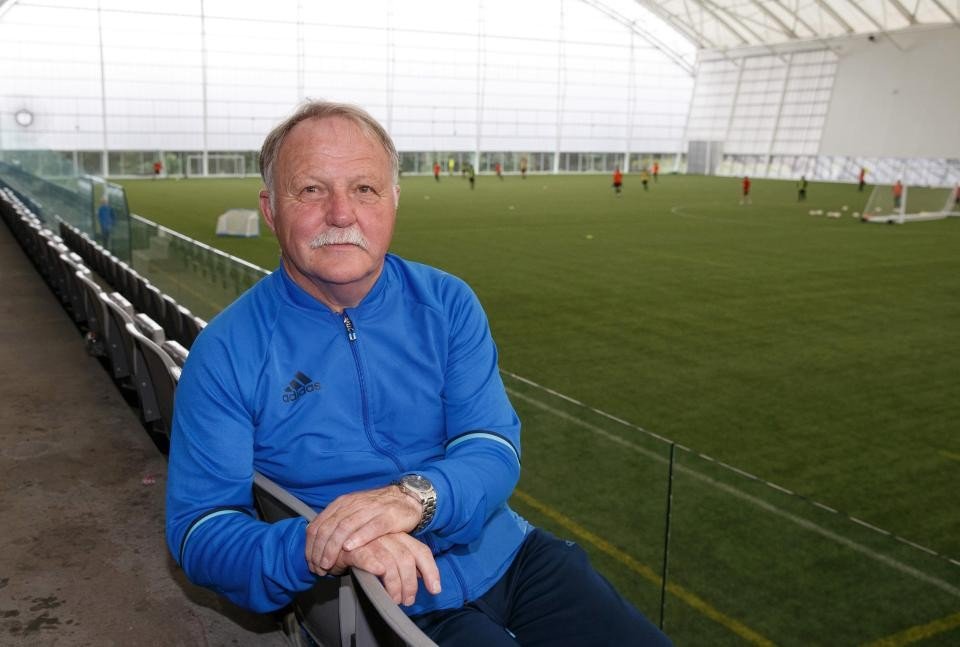 Experienced Scottish coach Donald Park, has agreed to take on the role of Director of Football at Newark Trinity. The 63 year old has been employed by an array of well-known teams in Scotland including Hibernian, Inverness and Hearts, before taking on his current role with the Scottish FA as Scotland’s under-19 Manager. Park will carry on this role while at Newark.

Speaking to Newark Advertiser, Donald Park, spoke of his first task at the club – putting together a team – and how they will go about it, saying: -
“I’m very excited to help ‘create’ a club, helping Jimmy Watson put together a side that can make a good a go of the League this year is a very exciting project and one I couldn’t turn down.

“The first job for us all, is to search far and wide to find the best available players to strengthen the squad for our first season as Newark Trinity. The chairman (Pete Long) is a very ambitious man, and has given the scouting team the go ahead to use our foreign contacts to find players who want to be part of the project.

“We are optimistic that with the budget in place, we are more than able to create a team that will make the town of Newark proud, and give us all the best chance possible to start our ascent in to the Football League.”

This is a show of intent by chairman Pete Long, and the club, bringing in a very experienced and well-connected coach, who will be a great asset to the club. Additionally, you have to wonder whether his role with the Scottish under-19 side, could help bring talented Scottish players to Newark. 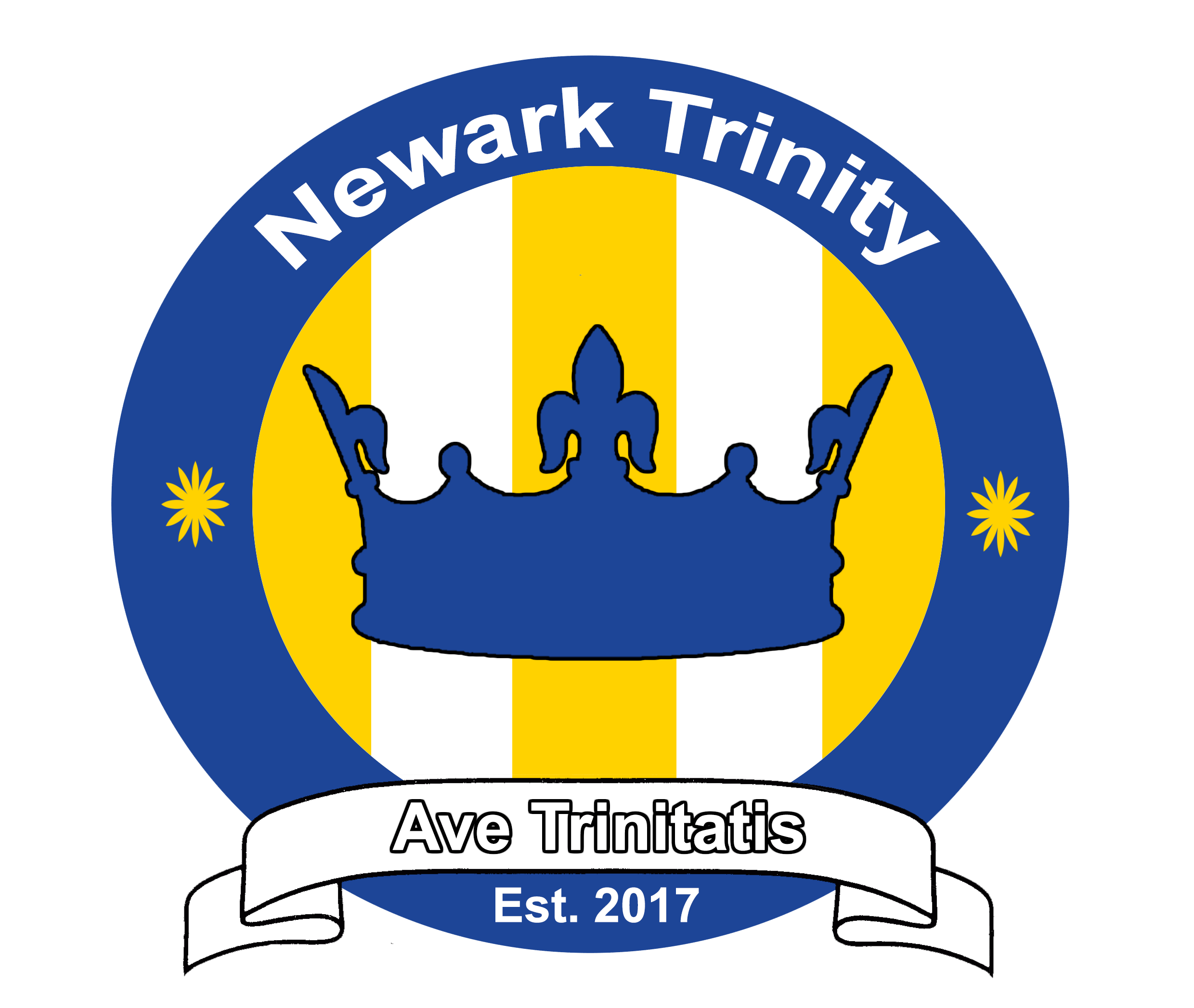 Justice
1 year
What would Donald Trump name a football stadium that he built? Donald Park.
1
Login to Quote

You are reading "Newark Trinity: Crossing The County Line".