lvmnz
3 years • Edited
Hi all -- around this time every year, I like to load up the sortitoutsi custom start date and take the clubs I'm most intrigued by down the upcoming transfer window and season's path. Seeing as there were some whispers of Juventus' Massimiliano Allegri looking for other opportunities, I decided I'd launch a counterfactual save where the Italian resigned to explore his options.

I've always loved reading FM stories on here and on other sites, so I thought I'd give it a go and share my progress by indulging my own desire for narrative, which I think is what draws most of us to sports games like this. I hope you enjoy!

Allegri Out, Cusin In At Juventus 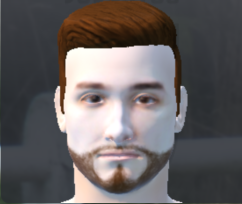 It is May 21st, and for many juventini, their worst fears came to fruition early this morning: Massimiliano Allegri has resigned.

The Italian tactician masterminded 4 consecutive domestic doubles for the Old Lady, not to mention two finals appearances in the UEFA Champions League. Undoubtedly, Allegri helped shepherd Antonio Conte’s domineering Juventus of the early 2010’s to an even higher level. It is understood that the former Milan gaffer will be exploring opportunities abroad.

Tumult abounds at the club, with the legendary Gianluigi Buffon also taking his leave after 17 seasons. The notion of an immediate replacement for Allegri would seem a reassuring one, but the club’s new appointment only adds to the uncertainty.

Joshua Cusin, a 33 year old American international with no touchline experience to speak of, has been handed the reins. Fans of the English game will remember Cusin’s devastating knee injury away at the (then) Britannia Stadium, which brought an abrupt end to his fairly successful career as an energetic midfielder with a penchant for long-distance beamers that belied his clumsy stateside-esque touch. After second and third and fourth and fifth opinions ad infinitum, Joshua saw the writing on the wall and remorsefully hung up his boots in late 2015 at the age of 31. It was regarded as a shame, with Cusin having blossomed into a useful regular later in his playing career.

According to multiple reports, the American swept President Agnelli and Director Marotta off their feet with an ambitious, impassioned (and impromptu) presentation detailing his tactical vision for the club (no word, at this time on just how in the world he got a meeting in the first place!). Cusin is known to be a spirited Juventus fan.

Nobody will deny that the board is in a very tough position, losing in Massimiliano Allegri a manager who set the highest standard.

But one has to wonder—what was so impressive about Cusin’s pitch that the decision-makers opted against even sounding out more tried and tested options? Shouldn’t continuity be a priority for the Turin giants? As they say across the pond: ‘don’t fix it if it ain’t broke.’

Juve supporters are not known to be patient with or forgiving in their judgment. Allegri himself entered the fray with a lot to answer for as a former Milanista. Cusin, similarly, will start out with his back against the wall, his every move, in the transfer market as well as on the pitch, scrutinized.

At publishing time, the only domino effects reported are in the club scouting department, where an eye-opening fourteen mutual terminations have been agreed.
Login to Quote

Aaron
3 years
Looking forward to seeing how you do mate!
Login to Quote

lvmnz
3 years
cheers Aaron! I'm excited to get going with this
Login to Quote

Some reporters were well-mannered, but others expressed their skepticism very thinly veiled. “You have no experience,” declared one Tuttosport correspondent. “What can you bring to Juventus Football Club?”

To his credit, Cusin kept an exemplary composure. “Success is in this club’s blood and the setup here should allow me to achieve exactly that. I may not have the experience, but I will bring the desire and the professionalism so characteristic of the Bianconeri to my work. This team has been built on a long-term tradition with solid fundamentals, and I’m delighted to be able to continue it.”

Another point of focus was Cusin’s nationality. “I’m just the next Italian manager,” he quipped, citing his dual status. Cusin’s father hails from Trieste, Italy.

The American-born former midfielder balked at the idea that his hiring represented progress or a milestone for American ‘soccer.’ “Our boys aren’t going to Russia this summer," he lamented. "I don’t see how there can be any ‘progress’ for USA football in 2018, period."

Cusin made every attempt to avoid the topic entirely. “I’m not an American football manager. I’m a football manager.” Whether he likes it or not, though, Cusin arrives with a prominent, proverbial red, white and blue name tag across his chest.

Questions were also put to the new head man on reports of a flurry of player personnel activity. “Any response to the Sturaro departure rumors?” “I won’t speak on these topics at this time,” Cusin answered firmly.

It is also believed that a few other familiar names could be forced out. Speculation has been rife for a fair amount of time on the futures of Mattia De Sciglio and Stefano Sturaro, but whispers that Claudio Marchisio might not figure into Cusin’s plans represent a recent development.

Where Cusin was most liberal in his comments was with regard to the specter of losing key players. “Paulo and Alex are irreplaceable members of this squad,” he emphasized. “I will not hold a player hostage who wants to leave, but I sincerely hope that our best have the hunger to continue to fight for European glory, which is the dream of all juventini in this highly successful era of Bianconeri football.”

New contracts for both Dybala and Sandro are said to be on the table, but interest in both stars from abroad persists.
Login to Quote

lvmnz
3 years
[Back up to date :p, though the plan is definitely to move faster than the real life (I couldn't stand playing so slowly)]

There is quite a whirlwind pressing through Turin this week.

On Saturday, Juve fans in the Allianz Stadium and across the globe bid farewell to one of their greatest ever legends, the indomitable Gianluigi Buffon. Also making a final appearance was the industrious, 7-title-winning full back Stephan Lichtsteiner, beloved for his desire and his hard-nosed play.

Then, when the tears were barely dry, Massimiliano Allegri surreptitiously resigned in the wee hours of Monday morning. By the time juventini knew of Allegri’s decision, a mysterious newcomer was somehow already in talks to assume the manager’s seat.

And now, within just 48 hours of his appointment, Joshua Cusin is showing little restraint in jumping two feet first into club decisions.

Long-serving, backup midfielder Stefano Sturaro has agreed on terms with Red Bull Leipzig. Sturaro arrived from Genoa in the summer of 2014, but failed to secure more than a bit role during his time in Turin. The Sanremo product is said to be relishing a chance to prove his qualities with greater match time.

Also mooted for a potentially rapid move away is Mattia De Sciglio. Cusin has reportedly kept the fullback on the transfer list, and the ultimate fee is rumoured to be in the vicinity of €15m. Atalanta see for the former A.C Milan wonderkid as an ideal stand-in for want-away Timothy Castagne, but interest is also coming from mid-level Premiership outfits.

But, as Cusin expressed in his introductory press conference, the priority player personnel issues are to do with squad standouts Paulo Dybala and Alex Sandro. Gianluca Di Marzio is reporting encouragingly that talks between Dybala’s agent and the club have actually gathered pace since the managerial change.
Login to Quote

When I was twenty-three, I couldn’t kick a football.

I don’t know how it happens for certain kids, though I have to presume it is at the very least an indirect result of coaching. Young me played AYSO (American Youth Soccer) unenthusiastically, trailing the swarm of pursuers, occasionally punching the ball along with my toes when it leaked out of the maelstrom of uncoordinated limbs.

But, I went no farther than that growing up, opting instead for American sports that suited my hand-eye coordination. It wasn’t until I started playing FIFA with a college buddy that I developed an interest in and an instinct for the beautiful game.

Football is thus not so much a second language as it is a sort of graduate-school concentration for me; I approached it as a player and now as a coach, almost by necessity, with the deliberateness an actuary might bring to his tables.

All of this is to give some insight into how I will be approaching the responsibility of taking Juventus through next season. You are unfamiliar with me, and so I hope that via this little blog we can begin to bridge the gap.

Put simply, no stone will be left unturned in our bid to play stable, attacking football. The club has thrived for years on a strong-spined tactic clinically executed and infused with creative inspiration. As I see it, the type of squad in place is nigh perfect for a continuation.

Results are results, and they are what a manager will live and die by, especially at an institution like this one. I will give this job and this club my all because everyone knows that the Juventus culture demands nothing less.

Time to get to kicking! Fino alla fine

You are reading "In A Parallel Juveverse...".