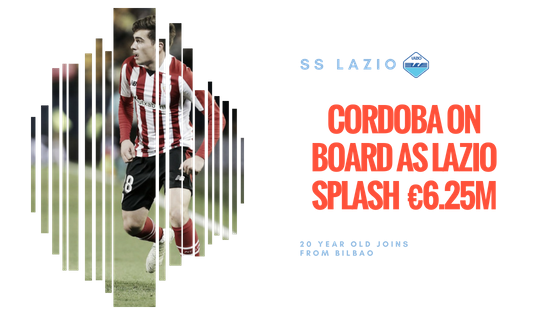 Spanish forward Iñigo Córdoba has today joined S.S. Lazio for a fee believed to be around €6.25m.

Córdoba, who has appeared 40 times for Athletic Bilbao in the last season and experienced Europa League games looks to replace some of the deadwood set to be sold by Ranieri.

The youngster can play as winger, and some would argue that is where he plays his best football, but it looks like Lazio will be utilising him as a forward.

The left footed Spaniard made his debut for Bilbao on July 1st, 2017, after returning from a stint playing for CD Basconia.

With two appearances for the Spanish U21 squad, Iñigo looks set to be a bright prospect for his new Italian side.

"Iñigo is a bright, talented player and I can't wait to see his performances for Lazio." 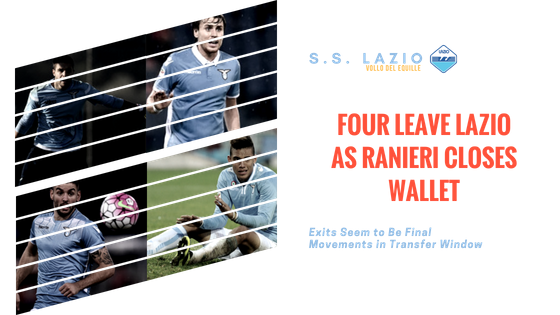 Four players have left S.S Lazio today in what seems to be the final movements of the transfer window for boss Claudio Ranieri.

The first, 22-year-old Guido Guerrieri, has joined Serie B side Ternana for a fee believed to be around €195,000.

Guerrieri came through the Lazio academy and looked promising, but has dropped down the pecking order in recent years. With the signing of Rui Patrício on a five year deal, Ranieri deemed it a waste of funds to keep him on the books.

The second player to leave, 25-year-old wing-back Patric, has joined Serie A rivals Torino for a €4.1m fee.

Patric came through the Barcelona academy before joining Lazio in 2015 and making 35 appearances during his time.

With the likes of Immobile, Córdoba and Caceido all above the pecking order for the forward, neither the club or the player wanted to extend the 11 goal strikers stay.

The final exit from the club has been Colombian striker Brayan Perea, joining Trabzonspor for €1.1m, for very similar reasons to the Djordjevic exit.
Login to Quote

Thanks dude.
Login to Quote