ThomasHoey48
1 year • Edited
I am currently paying as Celtic in the premier league. I'm in my second season, so far the first season was a success and an over achievement as I finished 3rd in my first season. start of the first season I kept getting struggled for possession in oppositions half as an analysis. even tho i was winning games and creating a lot of chances but it became annoying. I sorted this by adopting a high press attacking game which seemed to work very well. now in my second season and I low and behold i have started to get struggling for possession in opposition half again. its so annoying. any help would be much appreciated. 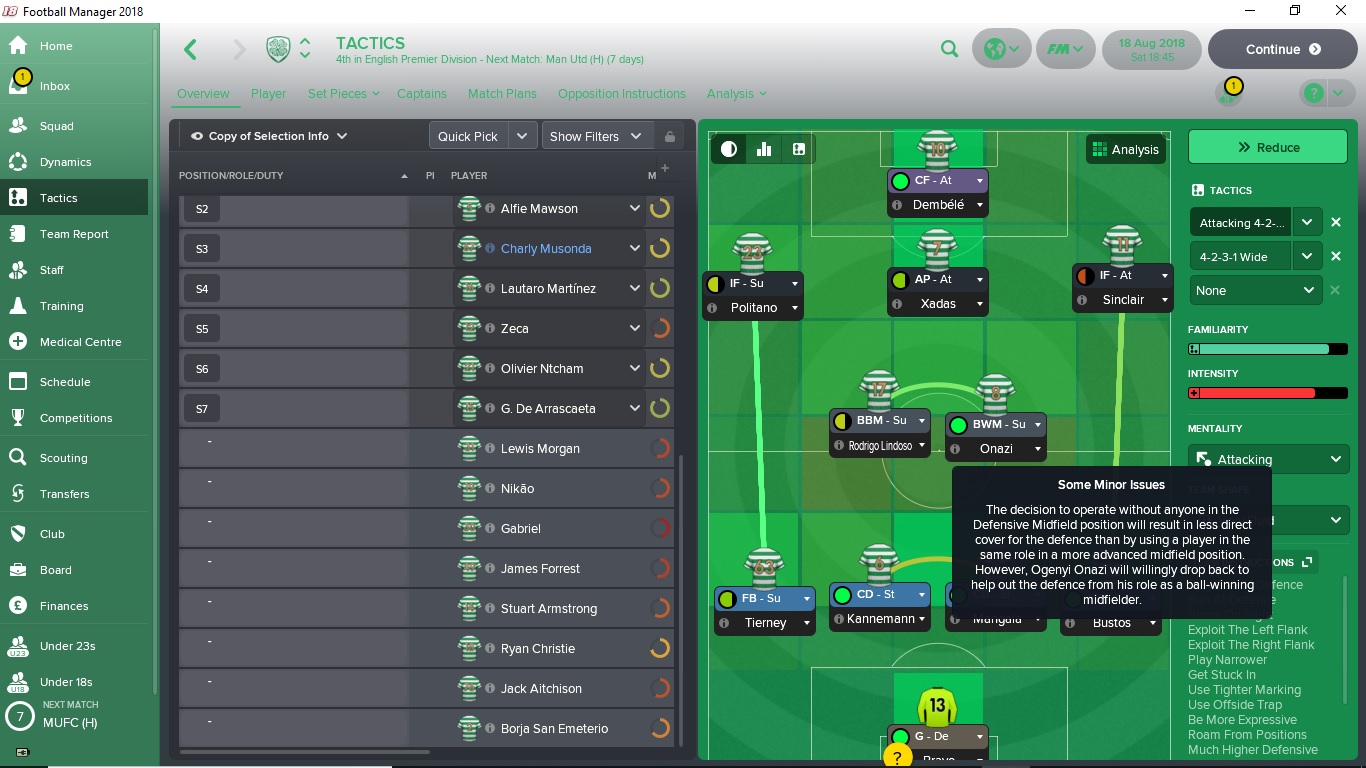 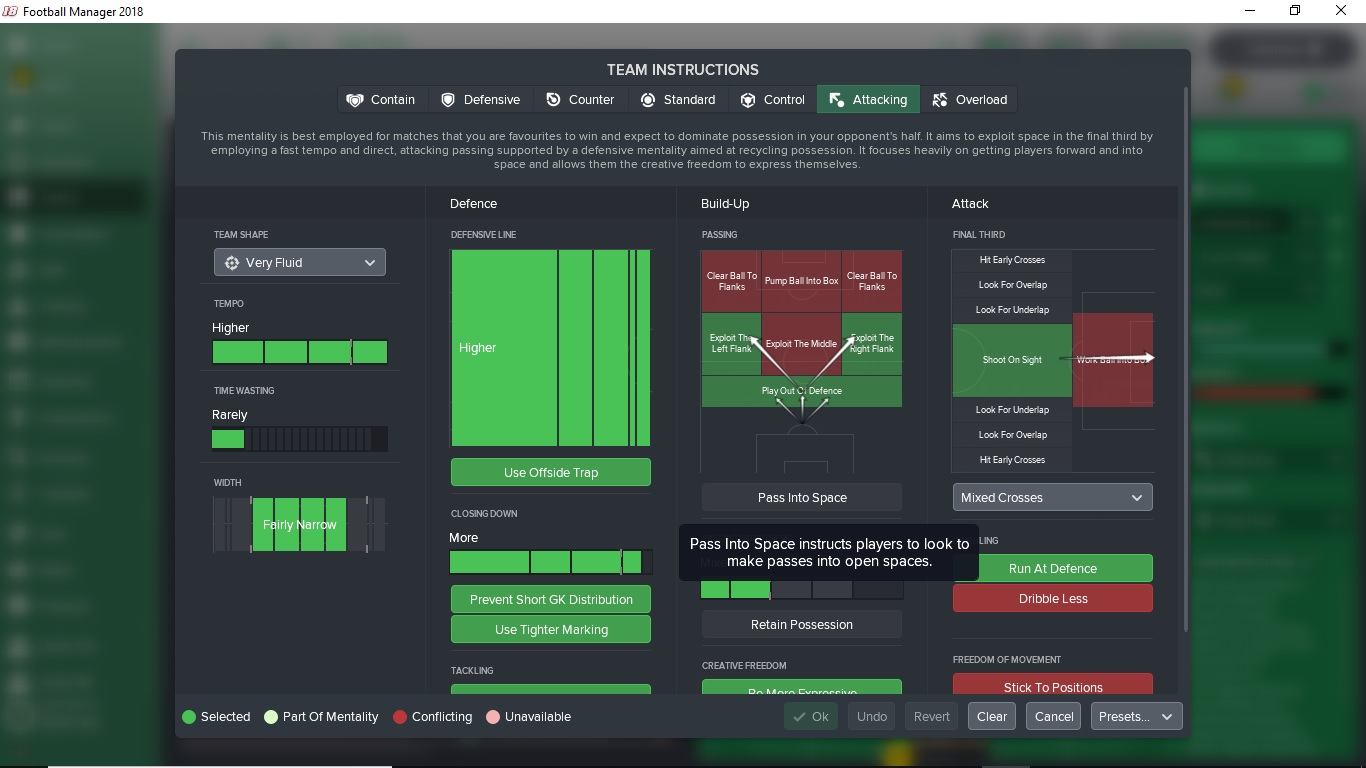 Grantjb
1 year
Everything you have setup is anti- keeping the ball so I am not surprised.

With this setup you should average around 55-60%. Note that if you are still having issues you can move to shorter passing. Also you can set support non-creative players to simple passes. I would also move your AMC to support.
Login to Quote

You are reading "Tactic Help".