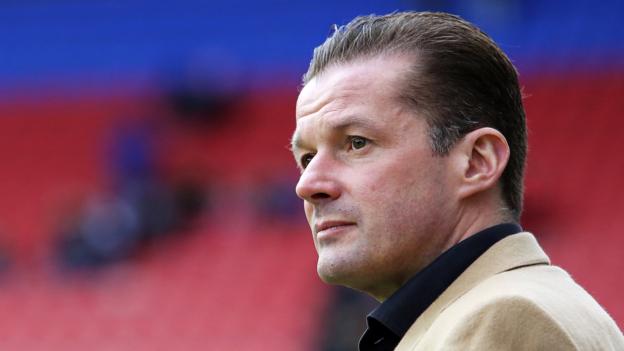 Following the dismissal of Darren Sarll, and a breakdown in talks with Dino Maamria, Stevenage Football Club have announced that Graham Westley will be returning to the club as first team manager.

The 49-year-old ex-Preston boss is well known at Stevenage having already had three spells as manager, between 2003-2006, 2008-2012 and 2013-2015. And yet again he has been tasked with leading the Hertfordshire-based club, having signed a 12 month contract at Broadhall Way.

Chairman Phil Wallace said: “Graham is a figure that is well recognised at this club and to have you back at the football club is a great privilege”

“Having worked with him before, I have a great knowledge of the abilities which he possesses, and I believe he is the man yet again galvanise our squad and get us pulling in the right direction”

“It’s no secret that we want to be back in league one, and we feel that with him having done it before on two occasions, that he has experience and the knowledge to build aside will be capable of achieving that feat again”

Upon his return, Westley told the club website: “Of course I’m delighted to return to a club that is so close to my heart, to say that after last time I expected to come back would be a lie; however I’m pleased that I get another opportunity to manage this great club”

“We already have a great group of players that are capable of achieving great things; I will want to put my own spin on things, bringing in and getting rid of any personnel who are not in plans, but everyone here has the opportunity to show me what they’re capable of doing, and to show that they are willing to fight to get into my team”
Login to Quote

Have to admit, I don't think I've seen a Stevenage save on this FM, which is strange as there are a lot of talented players in their ranks such as Matt Godden and Ben Kennedy. Good luck with them.
Login to Quote

FM-LD
2 years
@ScottT: Yes he similar in some ways. Yeah there certainly are a few good players to try to build a team around!
Login to Quote 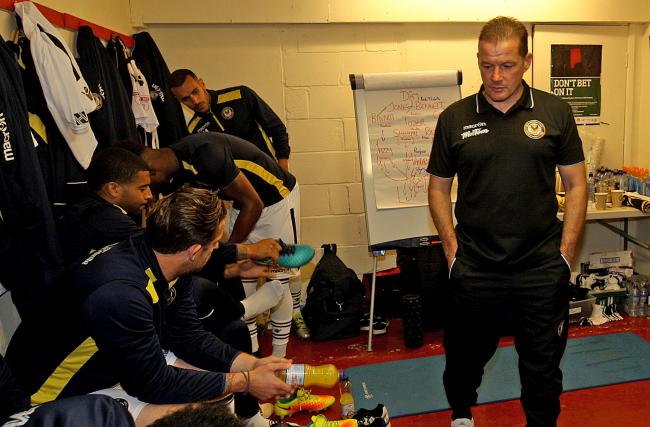 The twenty-sixth of June 2017, the first day of pre-season for Stevenage Football Club under the new management of Graham Westley. It was hot day, with the sun shining down upon the freshly cut pitches at Stevenage’s training ground. It was today that it all begins.

First person to arrive was the man himself, Graham Westley. Stepping out of his matte black BMW, dressed head to toe in a black suit, with an open necked collar. Locking the door behind him, he headed into the training complex ahead of his first day with the squad.

With his plastic coffee cup in hand, he opened the door to his office and strode in. He placed his cup down on his desk before removing his suit jacket and hanging it on the back of his office door. He sat down at his desk and peered down to an enormous stack of papers sat waiting for him.

Ranging from copies of emails and faxes, to club forms, to training session plans, he rummaged through them before pulling out two sheets of paper that were attached via paper clip. He read the information presented on it in great detail before making minor adjustments with his black ball point pen.

He placed the pen back into a mug sat on his desk that was stashed with pens. The final adjustments to his first training session were made, lots of diagrams scattered over the page, that were surrounded by numerous squiggles written by that same black pen.

There was a knock at the door before it opened and walking through came Nicky Shorey and Chris Day, the first team coach and the goalkeeper coach. Westley handed Shorey the two pieces of paper into him hand before saying: “There’s the set up for this morning’s session, can you go and set them up please”.

Nicky Shorey gave him a gentle nod, “Of course gaffer”. Him and Day they stepped out of the room with notes in hands, heading down towards the training pitches. On their way down, they collected numerous stacks of cones all of different sizes, a large bag full of bibs and countless bags of footballs. With those in hand, they headed out through the back door towards the pitches.

Outside the front of the training complex, a collection of cars started pulling in, the players had arrived for their first training session. With this knowledge at his disposal, back in his office Westley looked towards coat hanger that was hung up on the wall – on it was his training gear.

He peered up and down, observing the Stevenage Football Club crest at the top, with the initals ‘GW’ printed onto the side of the shirt in bold white writing. He smiled, before getting changed into his gear. With all of it on, he finished off by putting on a pair of old, black Adidas football boots.

He departed his office, walked down the stairs and looked the sign on the wall, ‘pitches’ was written upon with an arrow pointing down the hallway. He followed it, striding down the corridor with a different set of notes in his hand rolled up. He pushed open the door to the pitches, and the sight ahead of him was of luscious grass pitches; and the players all kitted up walking out of another door towards the pitches.

After making that short walk from his office down to the training pitches, all of the player’s heads turned as Westley made those final few steps towards the group – he had the attention of all the players stood in front of him. With everyone’s eyes on him, he smiled before announcing: “Welcome back everyone, the hard work starts now…”
Login to Quote

Two in, one out at Stevenage 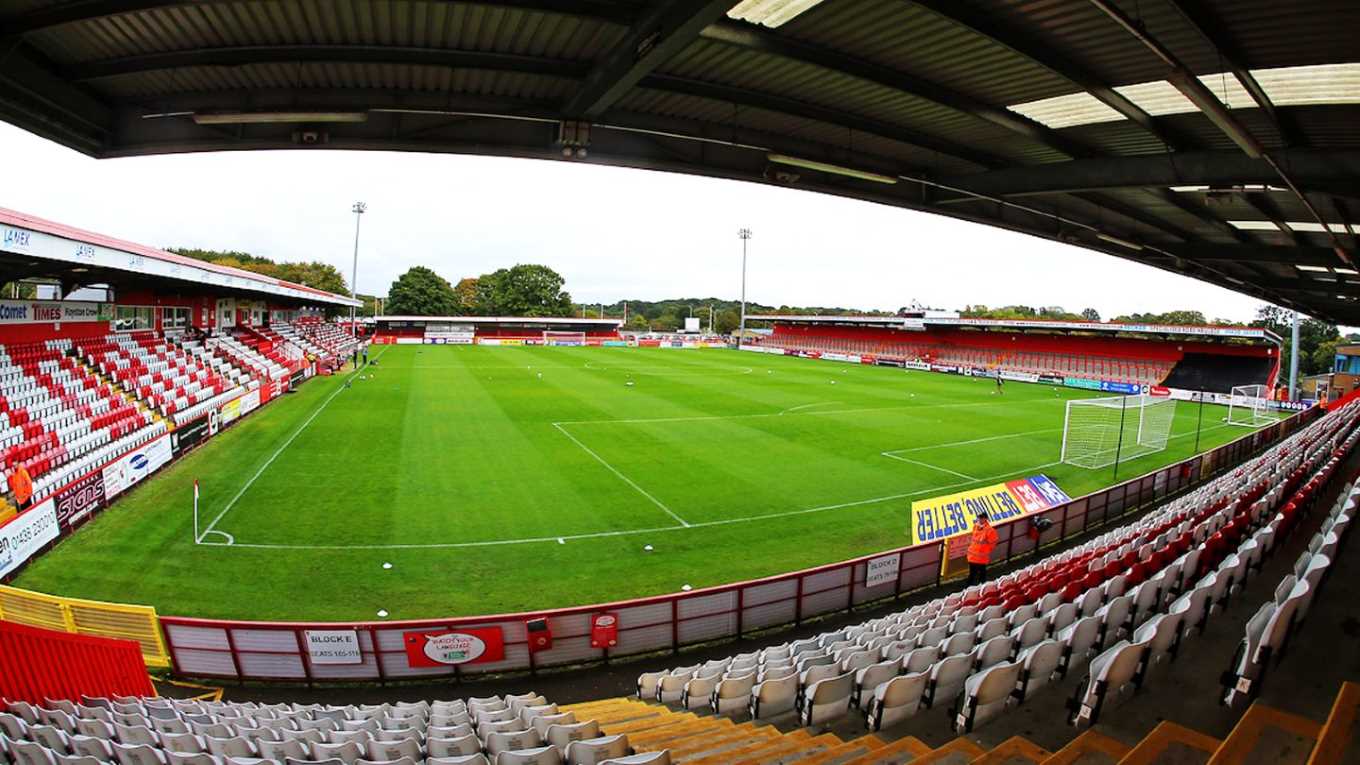 Changes have begun under Westley’s regime at Stevenage Football Club with three parts of transfer activity taking place, with one player departing the club and two joining the club.

The player leaving the club is twenty-six year old centre back Luke Wilkinson, who has signed for League One side Fleetwood Town for a fee of £32,000, which will eventually rise to £39,500 with add-ons. He has signed a one-year contract at Highbury Stadium.

As well as one departure, two have also come in. The first of which is Chelsea’s young attacking midfielder Islam Feruz; the twenty-one year old who has four caps for Scotland Under 21s has joined the League Two club on a season long deal.

The Chelsea academy product has had numerous spells out on loan in the Football League at clubs such as Blackpool, as well as spells in Scotland for the likes of Hibernian; but his most recent loan spell was last season at League One club Swindon Town – who were relegated to League Two. He will wear shirt number 12 for the upcoming season.

He is also joined at the club by Everton’s young full back Matty Foulds. At just nineteen, he is yet to make his professional debut, having been signed by the Premier League club from Bury two years ago for a fee close to £250,000.

This is his opportunity to make his mark on the professional game having joined Graham Westley’s Stevenage side also on a one year loan deal. He has been added to provide competition to Joe Martin at left back, and will sport the number 21 shirt.
Login to Quote

redvee35
2 years
Great Story. I think you will have a great time with these. Great work keep it up
Login to Quote

ScottT
2 years
Fantastic pre-season, especially that win against West Brom! Looking forward to seeing how you fair in League Two this season.
Login to Quote

@Justice Yeah, still not sure how that happened, haha.
Login to Quote

Stevenage have further strengthened their squad ahead of the 2017/18 season by bringing in three new players on season long loan deals, to add quality and depth to the squad.

The first of which is Watford striker Jerome Sinclair. The ex-Liverpool forward joins the ‘Boro’ on a season long loan deal as the twenty-one year old looks to gain experience at first team level. He spent periods out on loan in the football league, including Championship club Birmingham City, and League One side Wigan Athletic.

“I’m excited to get going” he told the club website, “the opportunity to gain regular first team football is what attracted me to Stevenage, and having spoken to the gaffer beforehand, the vision he has for this team and what he wants to achieve just convinced me further. I really hope I can help Stevenage by scoring plenty of goals this season”.

His new manager Graham Westley commented on this transfer saying: “Jerome is someone who has plenty of experience in leagues above, so to sign him is a massive coupe for us. He’s fantastic as a poacher; his is lethal in and around the penalty area and he’ll add great quality to the attacking positions”.

When talking to the club website upon signing, he said: “This is a fantastic opportunity for me to come to a club that has a fantastic set-up, and experience a new environment, and a league that I’ve never played in before and that excites me”.

“He’s like Jerome in the respect that he should probably be playing in League One” Graham Westley said, “we managed to fight off a lot of competition in order to bring him in for this season and I’m sure he will add a great deal of quality to our midfield”.

The third and final loan signing completed by Stevenage is that of Blackburn midfielder Willem Tomlinson. At nineteen years old, he is one of Blackburn’s youth academy graduates who made his professional debut for Blackburn Rovers last season where they were relegated from the Championship.

The central midfielder said: “I’m delighted to have got the move completed. The opportunity presented to me by Stevenage to have an active role in their first team squad is one that I couldn’t turn down; and I look forward to seeing what we can achieve together this season”.

“We weren’t planning on bringing in any more midfielders” Westley told the club website, “But with injuries picked up during August, we needed to add depth to that position, and we’ve brought him in on a season long loan. The attitude he showed when training with us ahead of signing was that of someone who is hungry and determined – those are factors that I want in young players in my team”.

Jerome Sinclair will be wearing the number 23 shirt. James Weir will sport the number 6 shirt (vacated by Luke Wilkinson who left for Fleetwood Town); with Willem Tomlinson taking the number 27 shirt.
Login to Quote 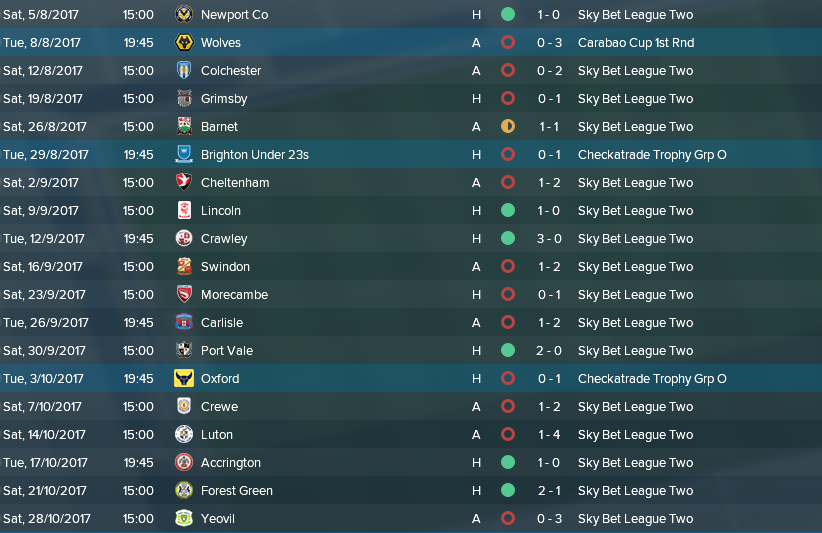 You are reading "Graham Westley: Back for more!".