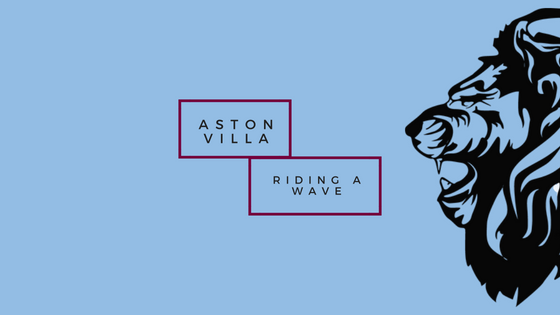 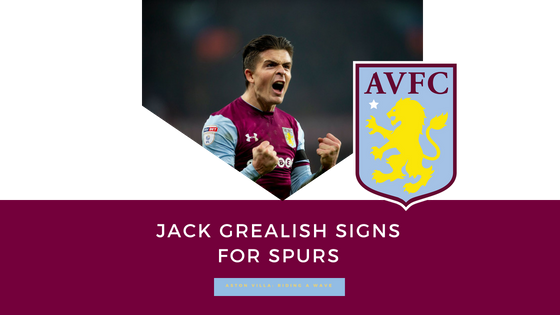 Home-grown Aston Villa starlet Jack Grealish has today signed for Tottenham Hotspur for a fee of around £23 million.

Grealish did not want to leave his boyhood club, but with the threat of financial fair play sanctions looming due to the club's £40 million deficit and a large amount of debt after the club's gamble to return to the Premier League ended in disaster with a 1-0 loss to Fulham in the Sky Bet Championship Play-Off Final, the board decided to sell.

The local lad has been tipped for great things in the Midlands for a number of years, but looked to never reach the heights that potential could take him until last season -where a freak injury in a pre-season game against Watford left him sidelined for months.

After that, he decided to work on his game and strength and returned the the first team line-up full of beans.

"It's with a heavy heart that I have left Aston Villa.

I love this club, and although I do have international team aspirations - my love for the club is much stronger than that.

I will be back. One day.

But until then, I wish Aston Villa the best of luck."
Login to Quote

ScottT
1 year
That’s a huge loss for Villa but one sacrifice that has to be made in order to keep things afloat.

Good luck with this story mate!
Login to Quote

Jack
1 year
I was very keen to see somebody handle the AVFC finances in next years version of FM so to see somebody try and do it on this game is going to be exciting! Grealish was always on his way in the current state of Villa but a £23M fee is very good for a Championship side who every other team knows is having to sell players this summer.
Login to Quote

You are reading "Aston Villa: Riding a Wave".