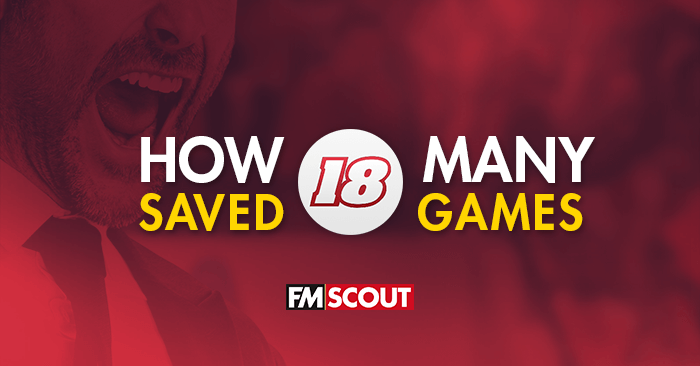 Are you happy with Football Manager 2018?

How many saves did you stick with for more than 5 seasons?

Have you used any custom databases in your saves?

Feel free to link to your stories in here.

Let us know!
Login to Quote

João Nunes
4 years
Pretty much, I have one save alone currently in 2036, started with Leeds after 9 years left to Schalke after 2 Years left to Barcelona and currently there, going to try to win all big leagues, left Italy and France.

I am also a manager of Spain, won world cup and Euro.

I have other save Online with a friend and we're in 2024.
Login to Quote

Badass88
4 years
21 saves started, farest I got was Oktober 2019, after I finished the World Cup with Belgium and finished the first season with CSKA Moscow. Now manager of AS Monaco and France.

2ndcityblues
4 years
I only recently acquired, ok purchased, FM18 about a month ago and already I have started more than 30 saves! (not that I count them!)

This is because (I think) I find it difficult to manage anyone else other than Birmingham City. Not because I'm from Birmingham, just because I really developed an affinity with them while playing Fm16.

It seems I'm a Birmingham man, so I guess I just have to make the most of it.
Login to Quote

You are reading "How many saved games have you had with FM18?".