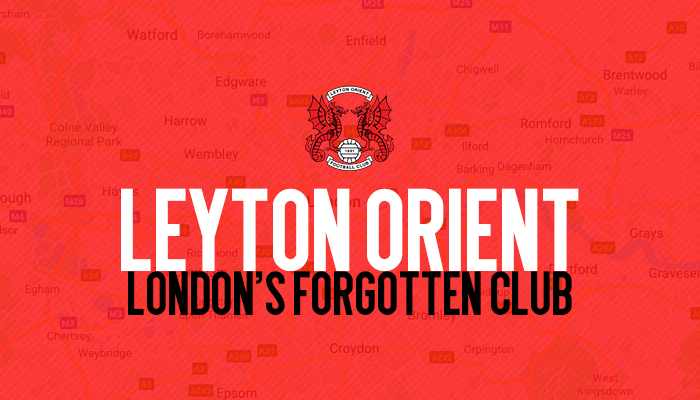 In the 2014/15 season, Leyton Orient FC were in the Sky Bet League 1, the third division of football in England, and were heavy favourites to win the league and make it back to the Championship for the first time since 1982. Eccentric Italian businessman Francesco Becchetti was at the helm as president, with Russell Slade as manager and exciting players in Dean Cox, Jobi McAnuff and Mathieu Baudry. Four seasons, two relegations, and eleven managers later, they sit outside of the Football League, a mid-table side in the Vanarama National.

This story will document the work of an ex-player taking his first step into management with the embattled London-based club, working with new chairman Nigel Travis to take the O's back up the table and into the Football League and all the financial incentives it offers. He will work to promote homegrown talent, play a distinctly English brand of football, and transform Leyton Orient into everyone's second favourite team, the plucky Londoners up against the wall. Most importantly, he will restore the sense of pride fans had in this club back in 2014, when they had just finished 3rd in League 1 and it seemed the world was their oyster. After 4 seasons of hardship, our manager wants to be the messiah.

This story will be told from the third person, with a combination of news reports, match reports and monthly reports. I like to incorporate graphics and slick presentation into my stories so hopefully it's easy on the eye. One of my all-time favourite stories was with Orient in FM15, and so it's been sad watching them slip down the table in the last couple of seasons. I hope I can restore them to their former glory and have fun while I do it. 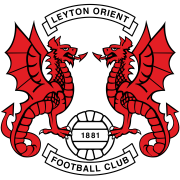 ScottT
2 years
Good luck with this. Hopefully the start of a great story!
Login to Quote

Justice
2 years
Your story writing skills are well known in these parts, I pray you treat us to some more!
Login to Quote

JohnWarrington
2 years
Interested to see how James Alabi goes for you. Good luck
Login to Quote

mgriffin2012
2 years
Really looking forward to this, Orient are a club in desperate need of revival and I'm sure you're the one to do it
Login to Quote 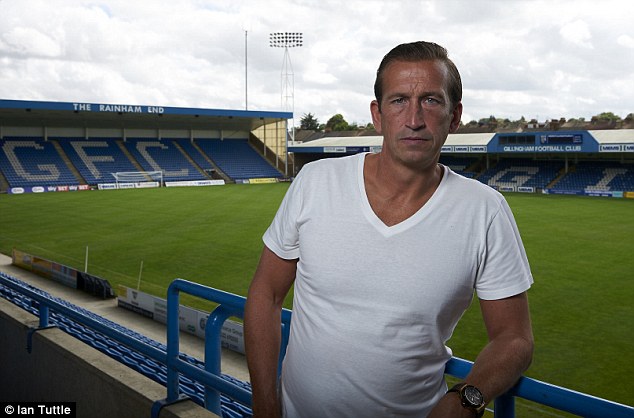 Vanarama National side Leyton Orient have sacked manager Justin Edinburgh after he guided them to a 13th placed finish in the league this season.

The ex-Spurs player was appointed in November after a horror start to the season for the O's and quickly reversed the club's fortunes, saving them from relegation and guiding them to a comfortable 13th. However, the 48 year old did not have his contract renewed and has been released from his contract.

The club have not yet released a statement but it is thought that Edinburgh's replacement is already imminent and may have been the reason he was let go so soon.

ScottT
1 year
Glad to see this has returned. Edinburgh did well last season, after a very poor start under the previous management, so it comes as a surprise to see him leave. Interested to see who his replacement will be.
Login to Quote

Justice
1 year
Modelling for Primark is on his CV, judging by that t-shirt.
Login to Quote

Orient back Heskey to turn the club around

Former England striker Emile Heskey has been announced as the new manager of Conference National side Leyton Orient this morning.

The London club released a short statement announcing the move and will be holding a press conference for their new man tomorrow.

Heskey, 41, has no previous managerial experience but holds the highest coaching credentials currently offered at a national level. The ex-Liverpool, Leicester and Aston Villa striker scored over 100 goals in the Premier League and represented England on 62 occasions before retiring at the conclusion of the 2015/16 season with Bolton Wanderers.

Leyton Orient have gone through eleven managers and two relegations in the past four seasons, including their demotion from the Football League for the first time in their 128 year history, and finished a disappointing 13th in their first season in the 5th tier. However, Heskey does inherit a squad expected to challenge for promotion with exciting young players such as Macauley Bonne, Josh Koroma and Jaedon Phillips, and a fresh face might be what is needed to turn around the O's fortunes.

The club begins its pre-season away to Dulwich Hamlet and kicks off the season proper with a trip to Manchester to face Salford on the 4th of August.
Login to Quote

TheLFCFan
1 year
Interesting appointment! But one that may just be what the club needs! Goodluck!
Login to Quote