Creating this post today because I've been experiencing some problems after donating to the beta version of Genie Scout for Football Manager 2019.

Firstly, maybe I'm doing something wrong whilst booting it up, but it takes in excess of 30 minutes to load my save file, as I said maybe theres something I'm doing wrong in the start up but this seems extremely problematic. I load FM first, then Genie Scout, then using the logo top left I hit load game. Initially I thought it might be a one time process but over the three days I've been using Genie Scout so far, it has happened every time.

Secondly, and I'll attach a screenshot for this, my Genie Scout will go through random freak out phases where it totally glitches out and won't allow me to do anything while it gets itself together. This will happen once every 30-60 seconds of use. 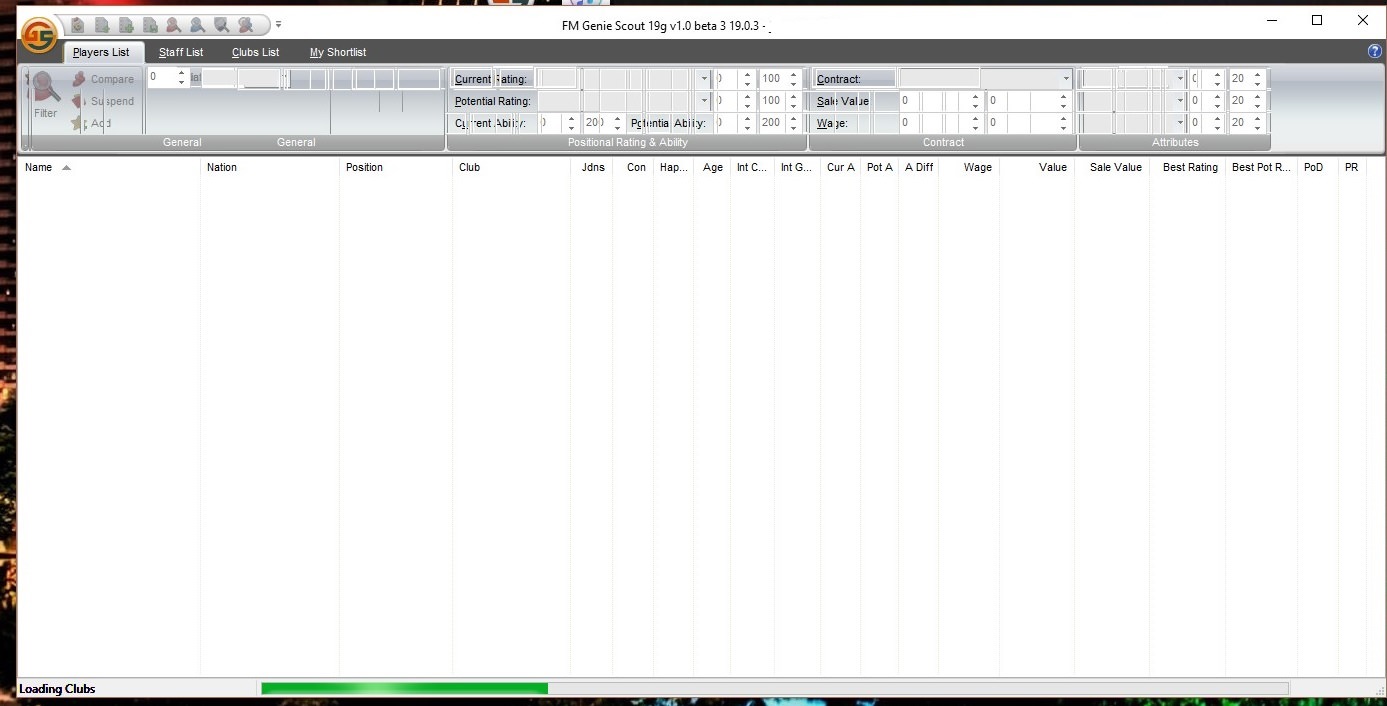 My PC is only a year old so not sure what is going on.

rumblah
1 year
Nothing at all?
Login to Quote

You are reading "Issues with FM GS19".