Bayer 04 Leverkusen Fußball GmbH, known simply as Bayer Leverkusen, are a football club based in Germany's Rhine-Westphalia region. Founded in 1904 by employees of the pharmaceutical company Bayer, the club drew it's name from the company and the city where it's headquarters were based.

The club has a long history of playing in Germany's top-tier division, the Bundesliga, playing their home games in the 30,000 capacity BayArena. Leverkusen are fierce rivals of FC Koln, against whom they contest the Rhien Derby. The club also has rivalries with Borussia Monchengladbach and Bayern Munich.

Despite their long history, 'Die Werkself' only have two major honours in their trophy cabinet - the DFB-Pokal in 1993 and a European Cup in 1988. In recent times the club has consistently challenged for European qualification but regularly fallen short of any real success, despite boasting a young and talented squad.

The goal for this club must be to transform a promising squad into a powerful one capable of achieving true glory but toppling reigning giants Bayern Munich at the top of German football but will certainly be no easy task.
2

ScottT
1 year
I've corrected the post for you, just a little coding issue!

Good luck with Leverkusen and welcome to FM Scout.
1
Login to Quote

mgriffin2012
1 year
Welcome to the site, looking forward to a good Bundesliga story! Won't be easy but Bayer could be a hidden gem
Login to Quote 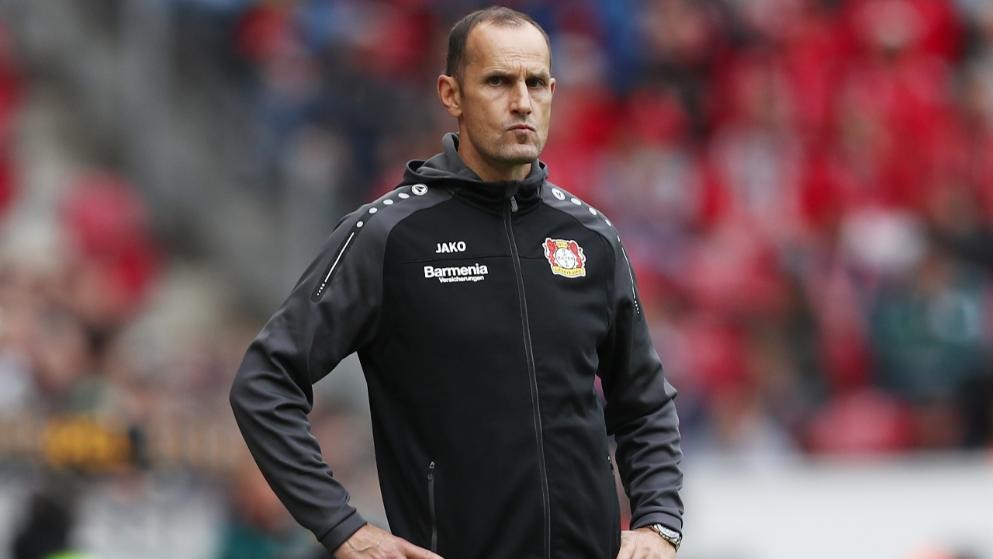 Bayer Leverkusen have announced they have parted ways with first team coach Heiko Herrlich following the club’s failure to qualify for the Champions League.

The club were disappointed to narrowly miss out on qualification last season, losing out to Borussia Dortmund who secured a fourth-placed league finish on goal difference.

Bayer’s ownership stated that failure to qualify is ‘unacceptable’ and will be looking for a new candidate to take the team forward into the 2018/19 season.

Bayer fans are said to be sad to see the popular manager go - the German made 75 appearances for Leverkusen as a player before taking the reigns as club manager in 2017.

In an official statement on the clubs website, Leverkusen thanked Herrlich for the work he has done at the club and wished him every success for the future.

As for Bayer's next manager it is so far unclear who will be chosen as Herrlich's replacement with Frank De Boer, Leonardo Jardim, Peter Stoger and Arsene Wenger among several candidates rumoured to be in the running to take over at the BayArena.

Justice
1 year
A solid start to the story, good luck with Die Werkself!
Login to Quote 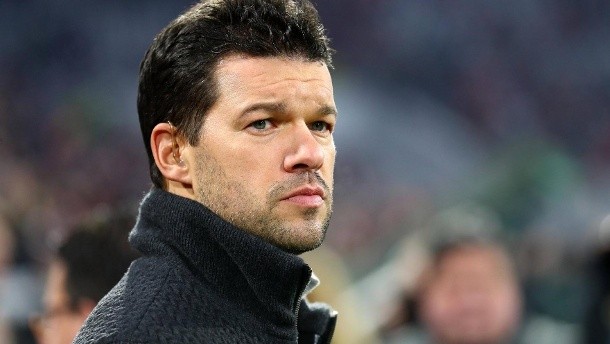 German footballing legend Michael Ballack is set to become the next manager of Bayer Leverkusen following the departure of Heiko Herrlich.

The 44-year-old was confirmed as the man chosen to taken over at BayArena, despite marking the former Leverkusen man's first foray into management.

Ballack is widely regarded as one of Germany's best ever midfielders, winning the German Footballer of the Year award three times and captaining his national side from 2004 to 2010.

His appointment is seen as a surprise, despite previous rumours he was an outside candidate to replace Joachim Löwe's as national team boss following Germany's disastrous World Cup campaign.

Renowned for his passing range, powerful shooting and commanding presence in midfield during his playing days, Bayer fans will be hoping Ballack can transfer his prowess on the pitch into his management of their team.

The new manager is certainly no stranger to success, having three Bundesligas, three German Cups, a Premier League title, two FA Cups and an English League Cup to boast in his trophy cabinet.

Ballack made over 450 senior appearances in his career, netting 147 club goals, and is one of Germany's all-time top scorers, managing 42 goals in 98 caps for his country.

Fittingly, the BayArena setting where Ballack chose to end his playing career back in 2012 will be the same one where he begins his career in management with Bayer this season.
Login to Quote

Justice
1 year
An excellent appointment, let's hope he can bring success to Leverkusen!
Login to Quote 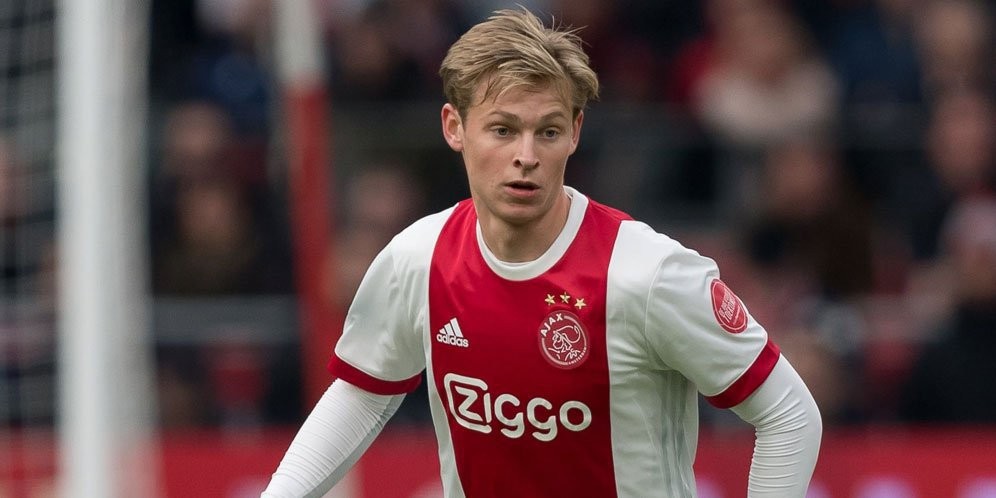 The 21-year-old joins on a 5-year-contract in a deal reportedly worth around £15 million, potentially rising to £20 million in add-ons.

Regarded by many as one of the brightest young talents in Europe, De Jong had been linked with the likes of Barcelona, Manchester City and Arsenal.

A talented playmaker who operates in central midfield, Ballack is thought to have a signed a player in his own mould and hopes De Jong can add creativity and vision to his midfield.

Ballack said: "I'm delighted [with the deal], we've got ourselves one of the most talented young midfielders out there and I can't wait for Frenkie to show everyone just how good he is."

Bayer fans will already be looking forward to seeing their new signing run out at the Bay Arena, with De Jong adding to what is already believed to be one of the Bundesliga's most promising squads.
1
Login to Quote

mgriffin2012
1 year
A very astute piece of business, he could well develop into one of the best players in Europe alongside some of Leverkusen's other wonderkids
Login to Quote 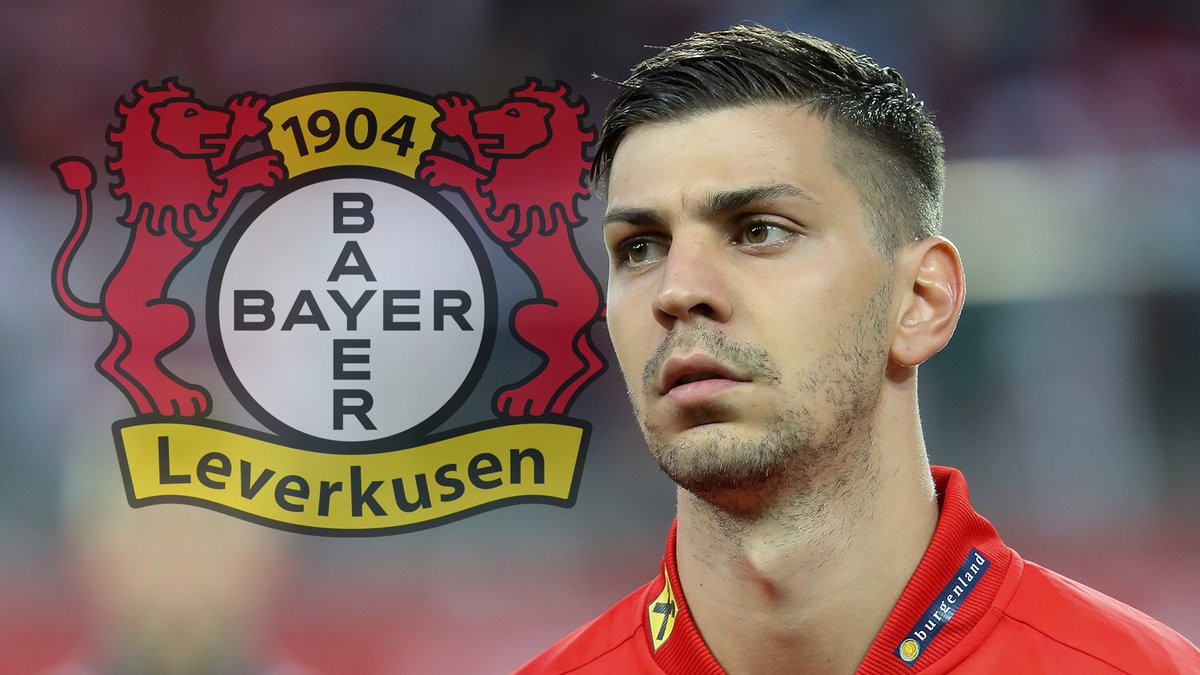 Bayer Leverkusen have announced the sale of defender Aleksandar Dragovic to Saudi Arabian side Al-Ittihad for £3.3 million.

The Austrian centre back found himself surplus to requirements at the club after being placed on the transfer list by new boss Michael Ballack.

Following his £15 million transfer from Dynamo Kyiv in 2016, the 26-year-old has failed to impress at the BayArena and spent last season on loan at Leicester City.

Dragovic may have been hoping to turn his fortunes around at Leverkusen this season but his new manager clearly had other ideas and felt the defender simply wasn’t good enough.

Ballack has shown early on that the German isn’t afraid to get rid of the deadwood, with Austrian goalkeeper Ramazan Ozkan also shipped off to Rapid Vienna for £175,000.

With Dragovic gone, the Leverkusen boss is reportedly looking at options in the transfer market to bolster his defence which is looking light ahead of the season.
Login to Quote

ScottT
1 year
A huge loss there, in terms of financially; however he simply hasn't worked out and Ballack cannot be blamed for getting rid. The signing of De Jong is an interesting one and his potential is huge, hopefully he is able to show it at Leverkusen.
Login to Quote

Justice
1 year
de Jong is a signing and a half!

It is a shame about Dragovic, he was once touted as one of Europe's brightest defensive prospects. Oh well, more will come and more will go in the future!
Login to Quote

You are reading "Bayer Leverkusen - The Rise".