I know that this may sound exaggerated, but this is true. I have found out this amazing young player who is fit to qualify as a wonderkid. Although not called a "wonderkid" by the media, he is no common youth player.

Good enough to play as backup for my first team, Syed Do is the wonderkid from low ranked India.

He joined Stade Rennais FC as a youth intake player. I was surprised to see him. He has 2 more Indian friends in his U-18 Stade Rennais squad, but they are not as good as him.

He hasn't yet declared his nationality and hasn't been called up by the U-18 Indian side yet. I really want him to play for India. I am the head coach of France and I shall do all in my power to prevent him from joining the French team.

What do you think of him ? Fit enough to be a player to win the Golden Ball or the Champions League ?
In fact, Real Madrid and Bayern were engaged in a bidding war over him with the bids going up as much as 10 million dollars. But he stuck to this team and signed a new contract.

I would love to hear what you think of him and as a challenge, lets see if anybody else can discover such a player. 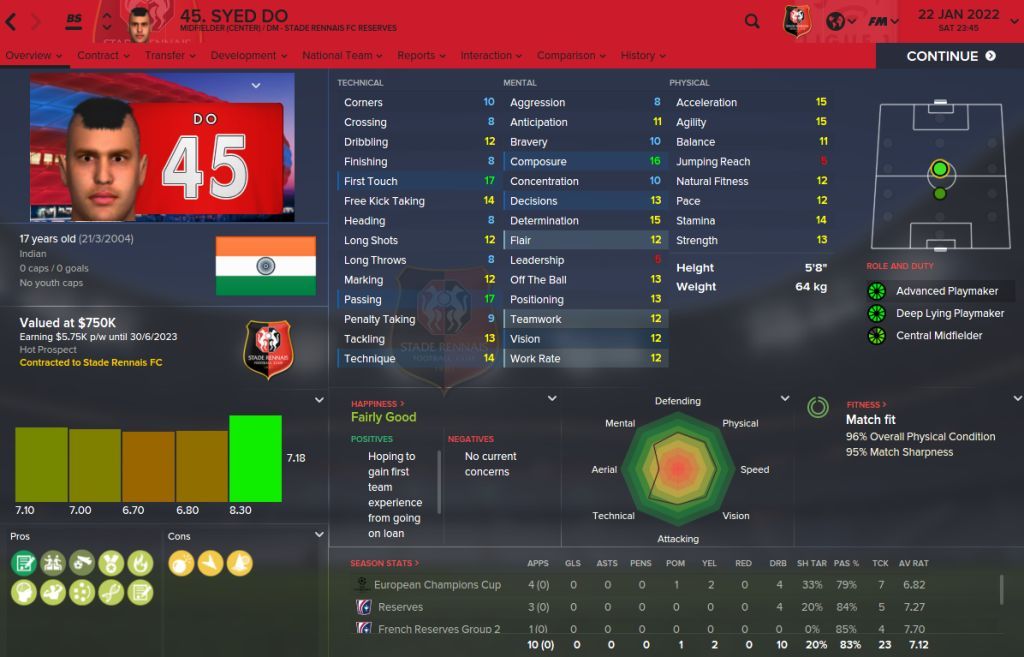 You are reading "Indian Wonderkid".