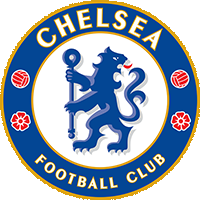 Hi guys! Been a couple of years since I’ve written a story on here, and about 5 or 6 since I’ve written one that I was properly committed to. Hopefully this’ll help ease me back into it, and also keep you guys entertained. As you could have probably guessed by the title of this post, I am going to be managing Chelsea. It may not be the most adventurous of choices out there on this forum, but with the way the league is going this year I think that this could be an interesting choice for a story.

The narrative surrounding Chelsea this season is all about a new, relatively unproven manager coming in and trying to both play attacking football and try to improve the mood at the club, after the stormy departure of the much-loved Antonio Conte. This means that whoever comes in has almost a clean slate to try and imprint themselves and their philosophy on the club. And this is made all the more important as the rest of the top teams in the Premier League seem to be trying the same: not much needs to be said about the reigning champions Manchester City and Pep Guardiola. And all of this leads me to decide on starting this new story!

The story will be written as a mix of news articles and more straightforward monthly updates, although as it has been a while I’m more than open to any suggestions from you guys.

Hope you enjoy!
Login to Quote

Justice
3 years
Good to see you back writing, good luck!
Login to Quote

Griffo
3 years
Good luck with this, will be following!
Login to Quote

ScottT
3 years
Welcome back to the site and best of luck with Chelsea.
Login to Quote

mgriffin2012
3 years
Welcome back, looking forward to where you can take this Chelsea team!
Login to Quote

You are reading "Made in Chelsea".