Piacenza Calcio are the worst team in the Serie C, and the Gatti brothers had to let Arnaldo Franzini had to go, but who would replace him? Juan Martioli. Martioli had grown up aspiring Piacenza 1919 and Serie C football. It was amazing to young Juan. He worked up from the Youth System of his favorite club but was always on the B team. He then worked a bit in politics until...

Jaun, This is Piacenza 1919, we would like you to be the man to take us to glory.

Juan was rightfully estatic, He packed his bags from Milan and headed straight to the pitch, where he always dreamed to be. Stadio Leonardo Garilli, home. The players all greeted him with open arms and smiles. A great opening meeting set a bright future for Juan.

He set up his office, it was filled with posters, had a Chromebook on his desk, and had a pair of glasses next to him. He also had a picture of his family, he put a diary in his desk, and started writing:


Dear Diary, Today I start a new journey. I'm back at my childhood home. I said hello to my mom, she said dad was back at Rome for a little trip, but he would be back by tommorow. Anyway, this room is very nice, it's like I'm a kid again. It's actually kinda surreal how I got the job, but I love it. The players are nice and the board are on the same ship as me. When Dad comes back, I wanna show my family my office, it would be nice for them to see what there son is doing now.


He was ready for the ride 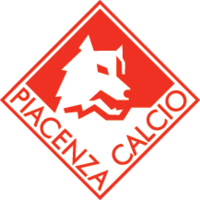 Jack
10 months
Almost 20 years without gracing the top division for this particular side and a dramatic fall from grace. It will be interesting to see what you do here! Good start man