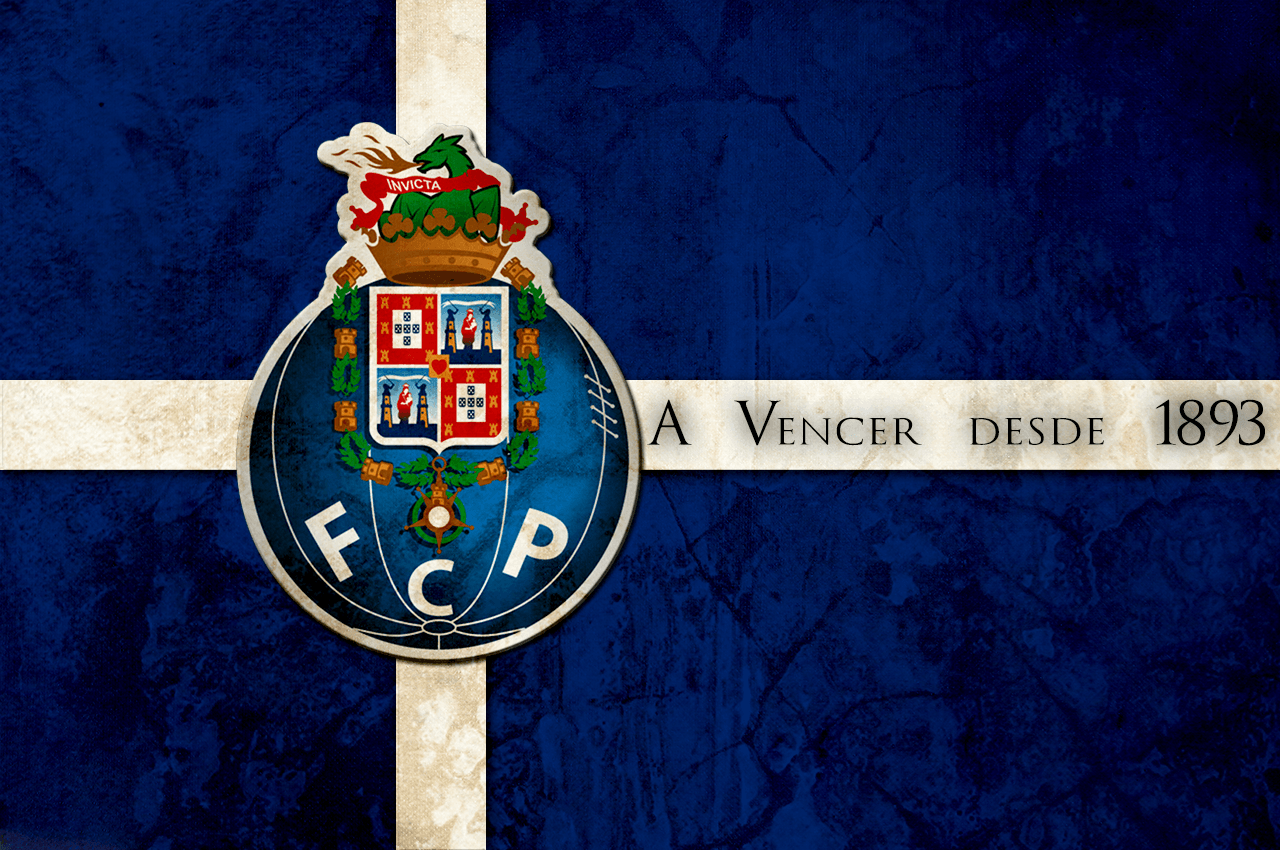 FC Porto.... a club for some, a religion for others, is a very traditional club in Portugal, and in the world too. This association is famous due to their brilliant status in Europe (with 8 international trophies), but also because the supporters who provide an unconditional support in all games.
Unfortunately, has been lost his identity on recent years. Each time they win less titles (a championship in 6 years), and, recently, they lost the national title to their main rival SL Benfica.
So, my job is to bring back this mystique and this identity that is lost in this giant club.
I hope you like this that will be the first save that I will share with you (and I´m if the quality is not the best, as I said, I'm still a beginner).

As in the reality I decided to sell the players that in real life will leave FC Porto, unfortunately, many of these players had a high importance in the squad, and also in the project, so I had to go shopping for new talents. 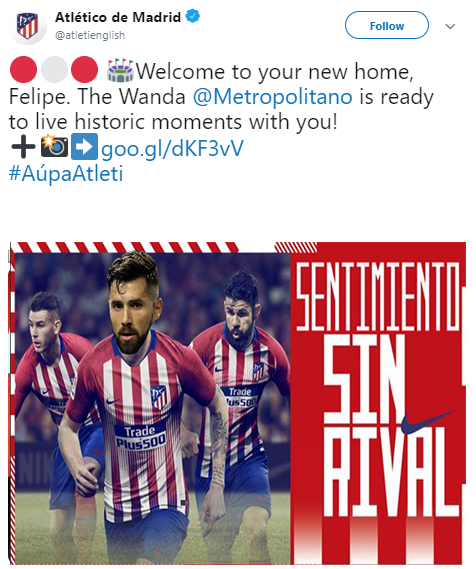 After three brilliant seasons, Felipe leaves FC Porto and heads to Atletico Madrid for 25M.
It was a central goal scorer, with a great header capacity, and twas a wall in our defense.
I'm sure it will be a low weight for us, but we will try everything to have someone on the central axis who can do what Felipe did. 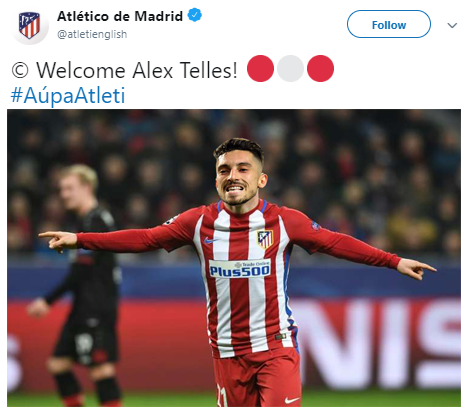 One of the best left backs in FC Porto on the recent decades.
It was a very important help in 2018, when FC Porto returned to win the championship.
It will be very difficult to replace him, since he is a player with a tremendous quality, and also because FC Porto is not famous for forming great left backs, which will lead us to have to go buy a substitute. 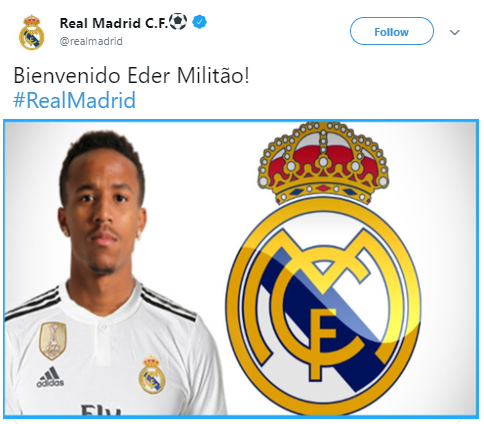 Coming from São Paulo last season, Eder Militão was quick to show up, making great games and, being a total wall in the defense, with Felipe. In January 2019, Real Madrid paid its 50M euros so that Militão could go to the giant Real Madrid.
Another big lost in our defense that we will have to replace ... 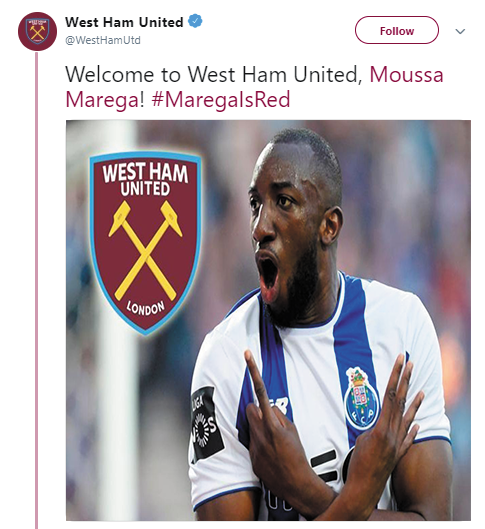 When he arrived at FC Porto, the succession of bad games made Marega a bad loved one in the club, even being loaned.
When he returned, he surpassed the expectations and was the best scorer in 2018 when FC Porto won the championship.
After that time, Marega revealed his desire to leave, however, he decided to stay another season.
After the season was over, he headed West Ham for 40M.
It is not easy to replace Marega, as he is a player with great quality in terms of physical strength, speed and finalization.

Also, Herrera, Brahimi, Hernâni, Maxi Pereira,Walter, Fabiano, and Kelvin left the club for free due to the expiration of the contract. 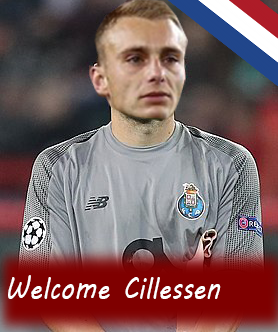 Even with a huge quality, is impossible to deny that Iker Casillas is not a solution in the long term (since in the game is going to reform in the month of November), my intention is to form the goalkeeper of our formation: Diogo Costa for, one dar, be our main goalkeeper, but, as he is still very young, I think it best to buy a goalkeeper to give Diogo time to evolve.
So, Cillessen for me fits perfectly in what I want, as he is a goalkeeper with quality, who will certainly defend our goal well while "we waited" for Diogo Costa. 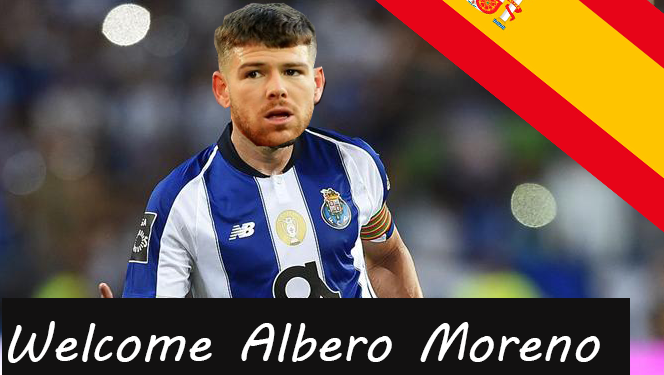 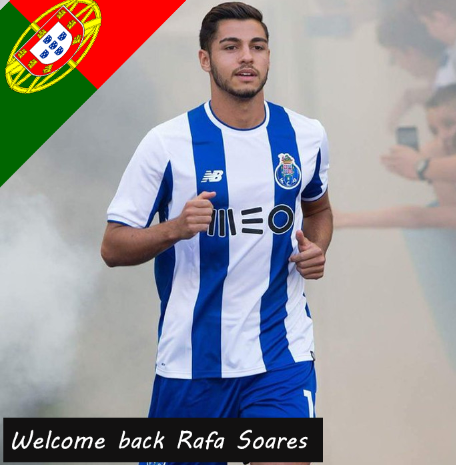 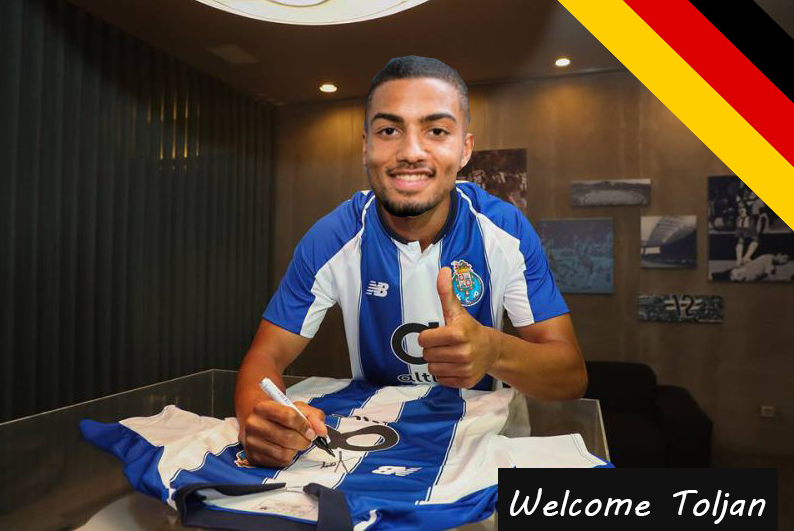 As we have already seen, the departure of some players left vacancies open for those who have the quality to enjoy the testimony that has been passed to them.
To replace Alex Telles on the left, came Alberto Moreno, former Liverpool player with great quality, and also Rafa Soares, a player who knows FC Porto well, since he played there when he was young, and I think he has the capacity fight with Moreno for the place on the left side.
On the right side came Toljan, an old Dortmund player with a good quality and who in a way reminds players like Danilo (who is now in Manchester City) or Ricardo Pereira (a former Porto player who is in Leicester ).
We have to wait to see if these three players can lead FC Porto to great achievements. 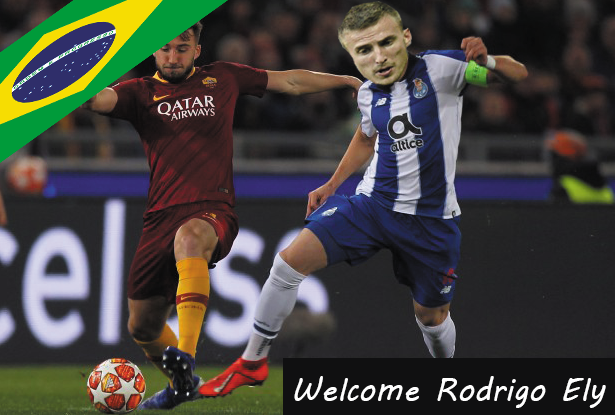 I know, with the departure of Felipe was expected and came more center backs to play a place in the main team. But, I don´t think it's necessary that come many centers backs, because we have Pepe and even Diogo Leite and Diogo Queirós (two centers of the formation with a lot of quality). So I bought Rodrigo Ely because I know him from other editions of Football Manager, and I know the quality he has, and I know he can be a player that will fight for a place in the starting eleven. 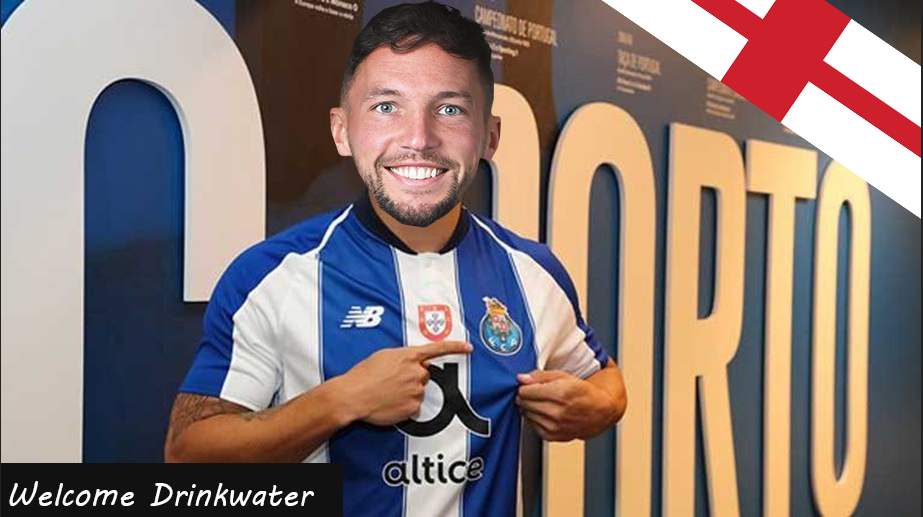 Without the Herrera in our midfield, is in doubt who will be the substitute, the truth is that FC Porto has many players able to replace him, like Sérgio Oliveira, Oliver, Danilo Pereira, among others.
But even so, and it was risky to have only three or four players to the midfield, then came the Drinkwater, so we have more depth in the middle field, and also to fight for a place in the starting eleven. 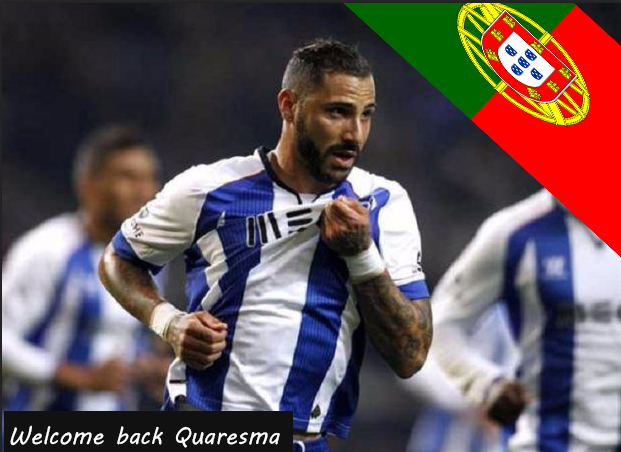 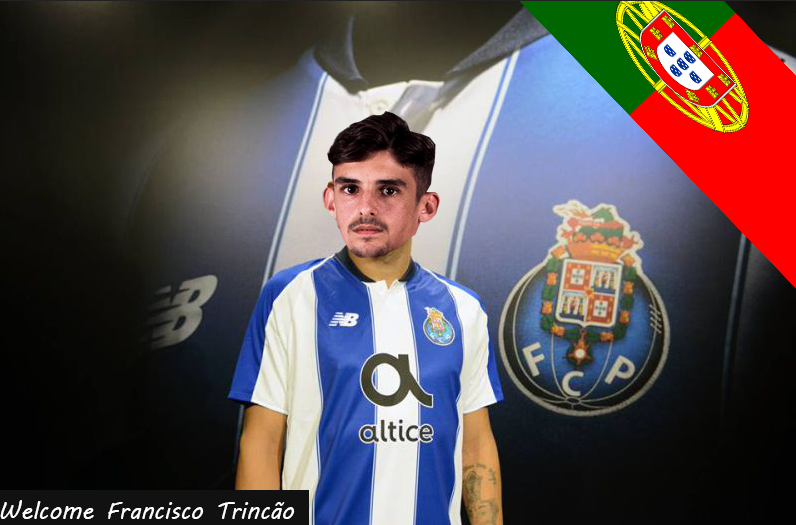 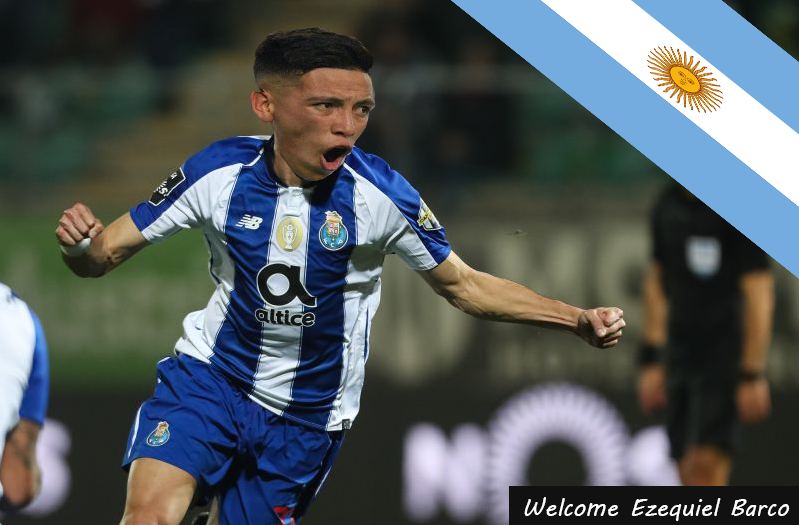 To the wings, I had to spend a little more money, since I demand top quality in all positions, and that too entails wings.
Quaresma came in a more emotional way, since he is a "Dragon boy" who will finish his career in November 2019 (according to FM). Also came Trincão, a promise with a lot of quality, I am very enthusiastic about what Trincão can do, and, also came Ezequiel Barco, a wing player of the Argentine team that will be useful to us both extreme and in the middle of the middle field

In addition to these players that have come, I can also say that Diogo Costa, Romário Baró, Luizao, Fábio Vieira and Fábio Silva, players that used to be in our academy, will advance to the main team. Also, Sérgio Oliveira and Wanderson Galeno are back on loan and will play for FC Porto on this season.

Since we already know who entered and who left FC Porto, I now show in image how the team that will fight to maintain the identity of FC Porto: 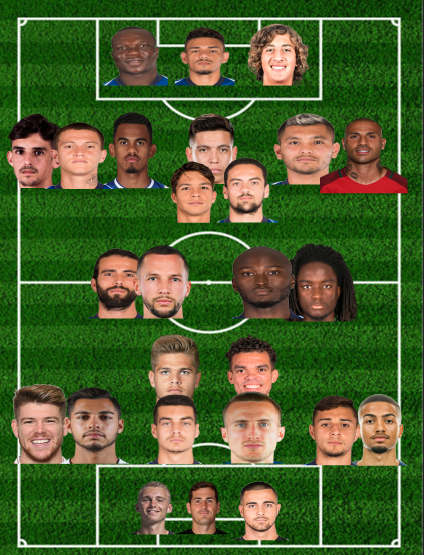 To be honest, I'm not a fan of organizing pre-season games, I happen to participate in a tournament, to accustom the team to big games against great teams. And that's what we did, I signed up for the World Club Cup, a pre-season tournament that has about 10 rounds, from the first round to the final, and actually FC Porto went quite well, made 6 games in the tournament, stopping in the quarterfinals where he lost on penalties against Everton.
I found the preseason positive, because with the matches that FC Porto did, I was able to create a perfectly capable team to fight for titles.
You are now showing the results of our pre-season:

Best Player of The Pre-Season 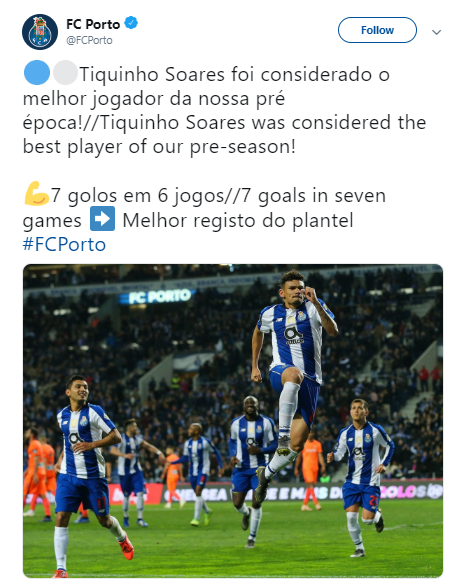 Great pre-season for Tiquinho Soares, he helped us scoring 7 goals in 6 matches, i think that he deserves an opurtonity in the first eleven!

Let's start the season with a classic against our biggest rival! I hope the team does not get carried away by pressure and that it can win the game! 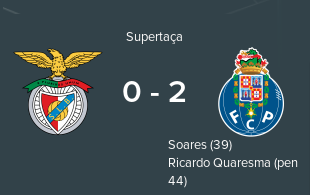 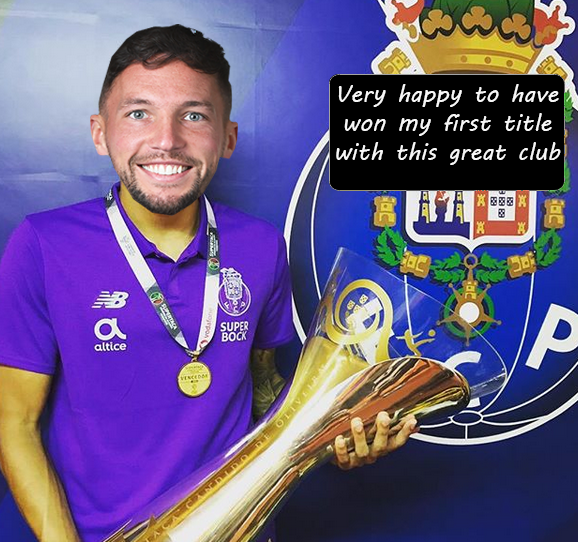 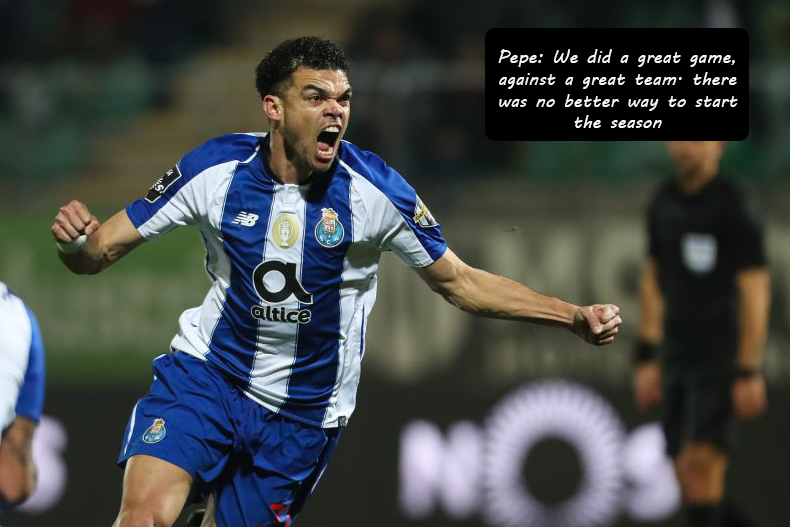 Nice way to start the championship! After 8 minutes, Galeno made his debut for Fc Porto in the championship. Shortly after, Drinwater scored a GOLAZO, and in the second half, Sergio Oliveira closed the scoring, great game, great effort of the team !! 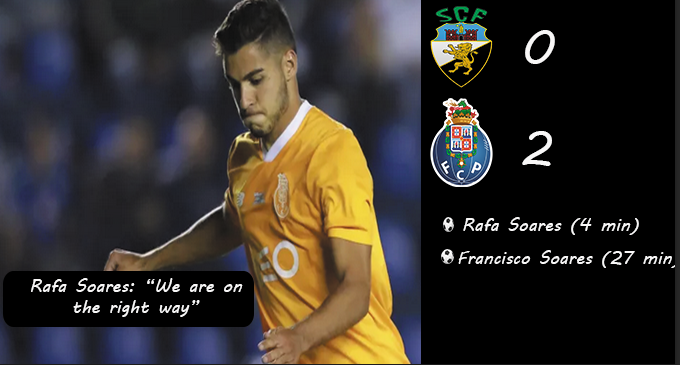 Two games in the championship, two wins! The game started well when our full back Rafa Soares was in the midfield of the Farense to score a good goal. And, at the end of the 30 minutes of play, our main forward Soares scored for the first time in the championship.
We advance with 6 points in 6 possible for the classic against Sporting CP! 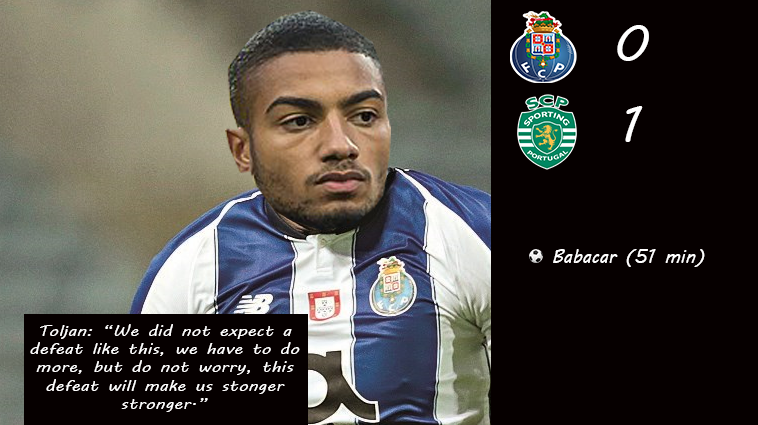 It was bad, I did not expect a defeat in this game, even in our house. We have to see what went wrong, so that next time we can leave with a victory. This has now begun!
Login to Quote

You are reading "FC Porto: The Rebirth".