Bromley FC were formed in 1892 and are nicknamed the Ravens.

FA Trophy runners up last season, having won the Conference South in 2014/15 they are a well established settled Vanarama National League side with plenty of growth opportunities on and off the pitch with an artificial pitch used daily by local sides and Cray Wanderers of the Bostik South; the sky really is the limit.

Following the success of the Class of 92 rising through the leagues under the guidance of Phil & Gary Neville, Nicky Butt, Ryan Giggs, Paul Scholes and most recently David Beckham, the owner of Amazon Jeff Bezos has contacted current Bromley FC chairman Jerry Dolke over the opportunity to become a majority investor in the Kent club.


Dolke, and Bezos met last week to confirm the deal; with Bezos speaking to the Bromley Observer and had this to say: “It is a great opportunity to take over and invest into a football club, it will bring a great lift to everyone involved and the town itself, they are currently seen as little old Bromley, but those days will soon be gone”

“We have seen what success the Class of 92 has brought to Salford and me and Jerry combined want to replicate that and in the process become one of the best clubs in South London and most certainly, Kent”

“We have agreed re-name the stadium the Amazon UK Stadium, and our kits for next season will be sponsored by Amazon. This will bring great income into the club, I started Amazon off in my room with little money - I am now the richest man in the world, it is a similar comparison to Bromley - they are not the biggest nor smallest side in this league, but their budgets in previous season’s have been lower half. If my investment can help make Bromley great, then I will be a very happy man”


In the outcome of the new takeover, first team manager Neil Smith has lost his job and has been replaced by a 47 year old Corey Eaton-McKnight. Corey, the fairly experienced manager from London has decided to bring in big names such as David Weir as his assistant manager; Carlo Nash (goalkeeping coach) and Chris Kiwoyma as first team coach.

Corey spoke to BromleyTV and released the following statement.

“I am delighted to join this new era, to work at the Amazon UK Stadium under Jerry and Jeff is going to be incredible. There is a whole new vibe around the place and it has only been day one in the job. I hope to bring my wealth of experience to a new level. I know many players in the non-league game and I hope with the contacts of Carlo, David and Chris together we can assemble a squad to push for automatic promotion.”

“I have spoken with Jeff and he had advised me of my playing budget this season, everyone will comment in football and talk about budgets - but that is because they have nothing else to talk about. Come to Bromley and you will see a different story, it is not just Jeff investing his money, he is expanding the already growing community club.

I have targets set by the owners, and hopefully with the right balance I can reach them, but I would like to further exceed them targets and I have set my own to work on as well. If I can push myself to the highest position possible then my job is done and the owners will be overwhelmed”


The new kits have been revealed by Jerry and Jeff, who worked on the designs together are below: 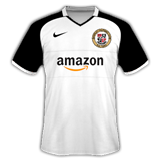 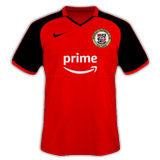 ScottT
1 year
An interesting save idea. Best of luck mate.
Login to Quote 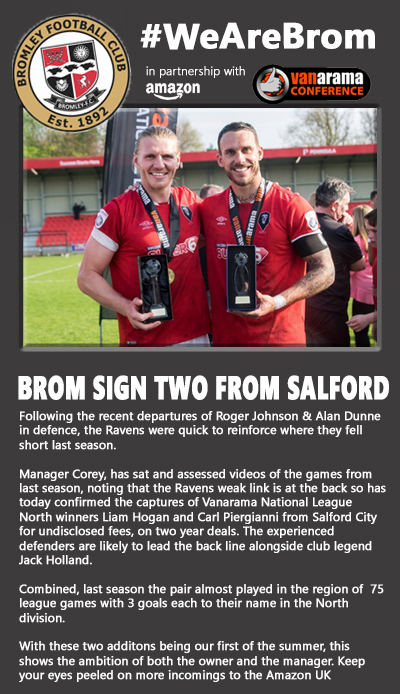 You are reading "A Raven Amazon Story - Bromley FC".