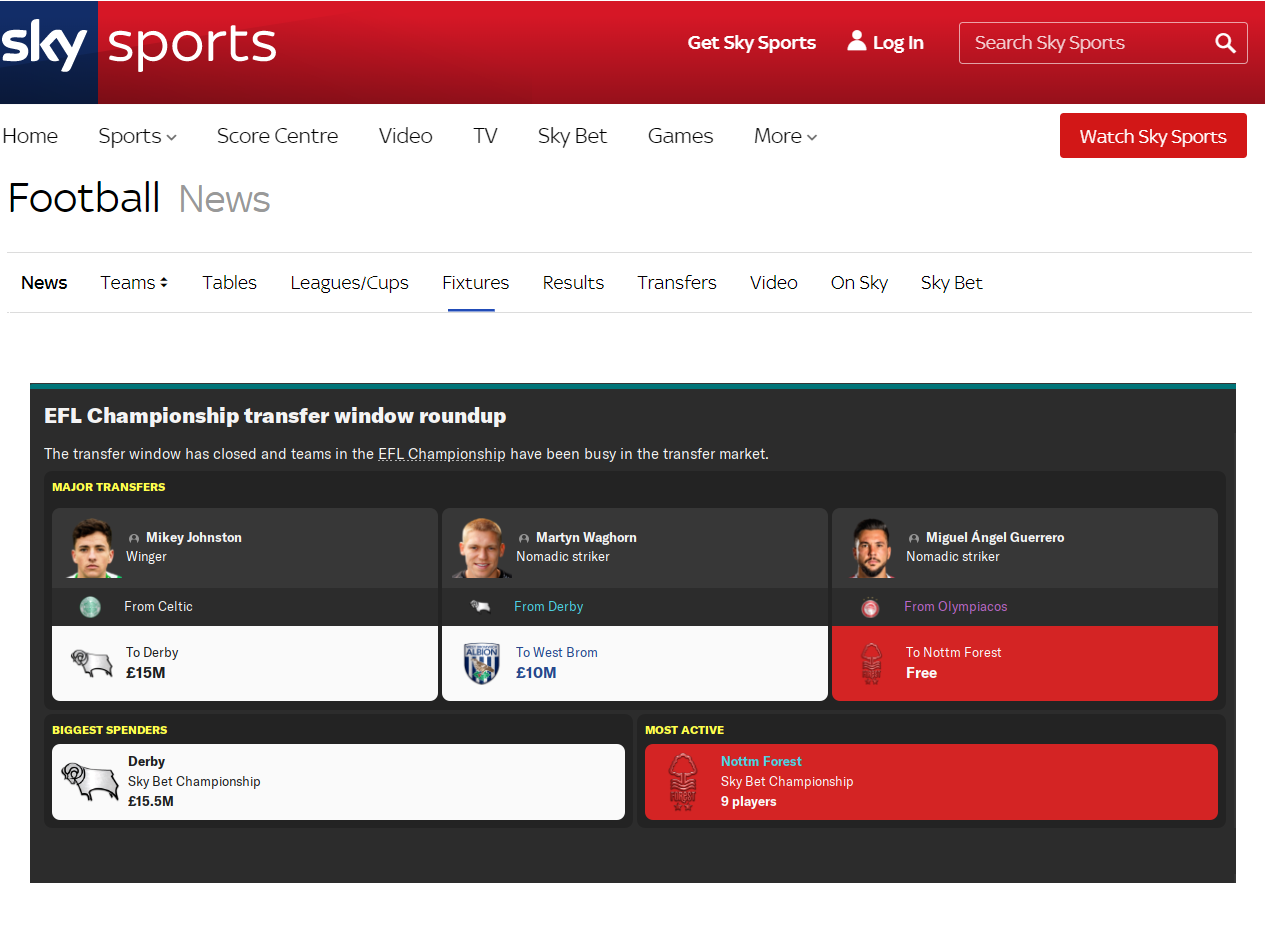 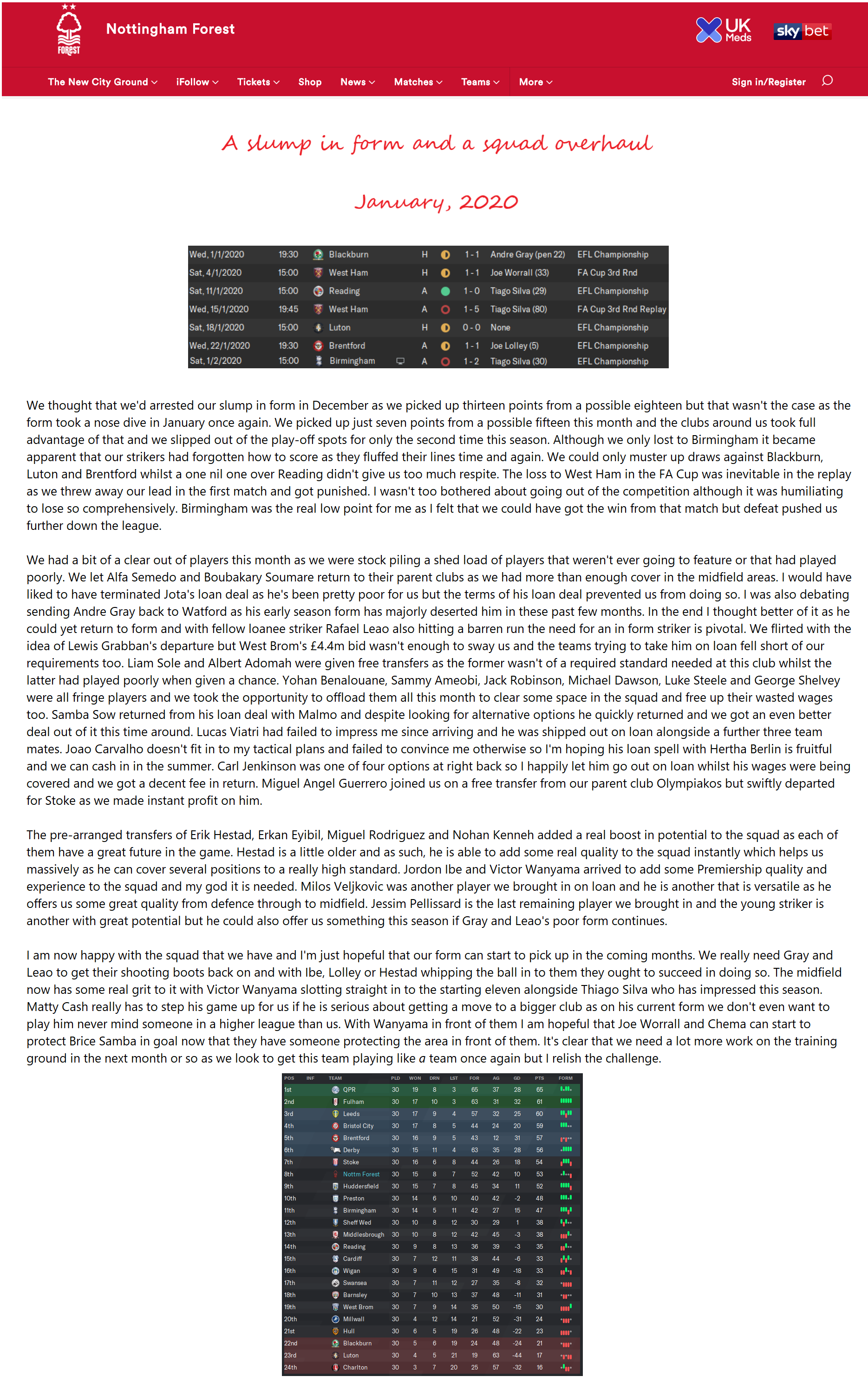 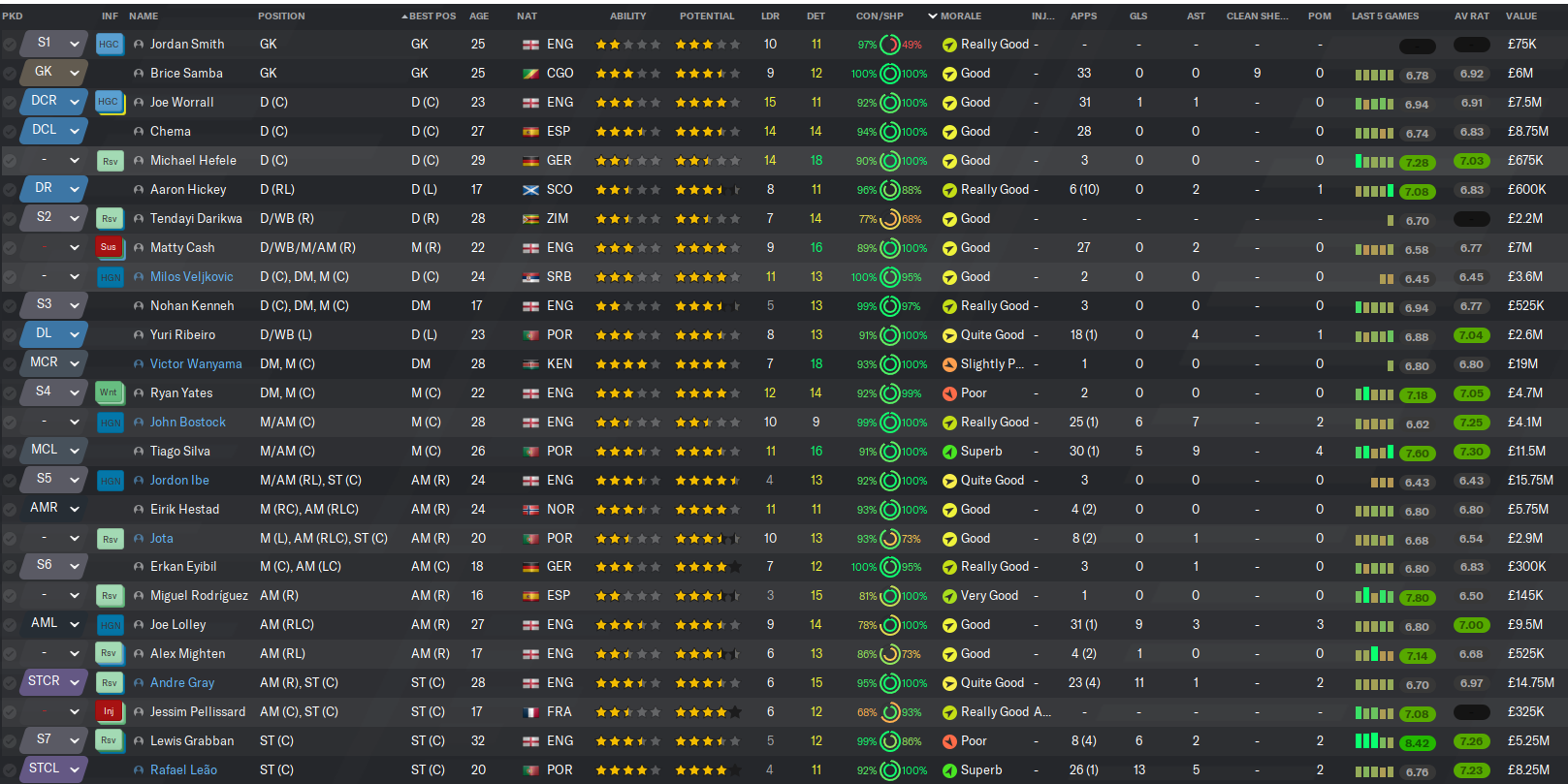 @ScottT; A play-off spot would certainly be a welcome finish at the end of the season that is for certain.
Login to Quote

ScottT
1 year
Not the most ideal month given your aspirations. Hopefully February will be more promising.
Login to Quote

So with the transfer out we were looking to ship any of the dead wood including players who only joined us in the summer but just weren't up to standards or fit into the new formation that has been proving such a success. The big move was Martyn Waghorn who has been 2nd fiddle to Lawrence though when West Brom came in for him with that bid there was no way I could say no to it and it gives the chance to go after somebody younger.

We went for quality rather than quantity this time in the transfer window. First in is Mikey Johnston from Celtic who is long term buy and will be looking to take over from Lawrence after the summer who will probably be sold to bring in a good amount to help us reshape the team New Jack Byrne is brought in to add a bit more depth to the RW and AMC role as he can cover bother. We also brought Bakkali in on loan to cover injuries to Lawrence and Johnston.

In the league its been a great month as we only drop 2 points to Barnsley and it leaves us nicely in the play off positions and even better we have been able to leap Nottingham Forest and there will be no looking back now. Things are looking a lot brighter now after a few months ago we were sitting in 20th place and the board were considering my future with the club. In the Carabao Cup we blew it in the first leg but on the upside at least we were able to win the 2nd leg to have a bit of pride. In the FA Cup it was actually a welcome loss as without it then our players will now have a bit of time to recover between league games. 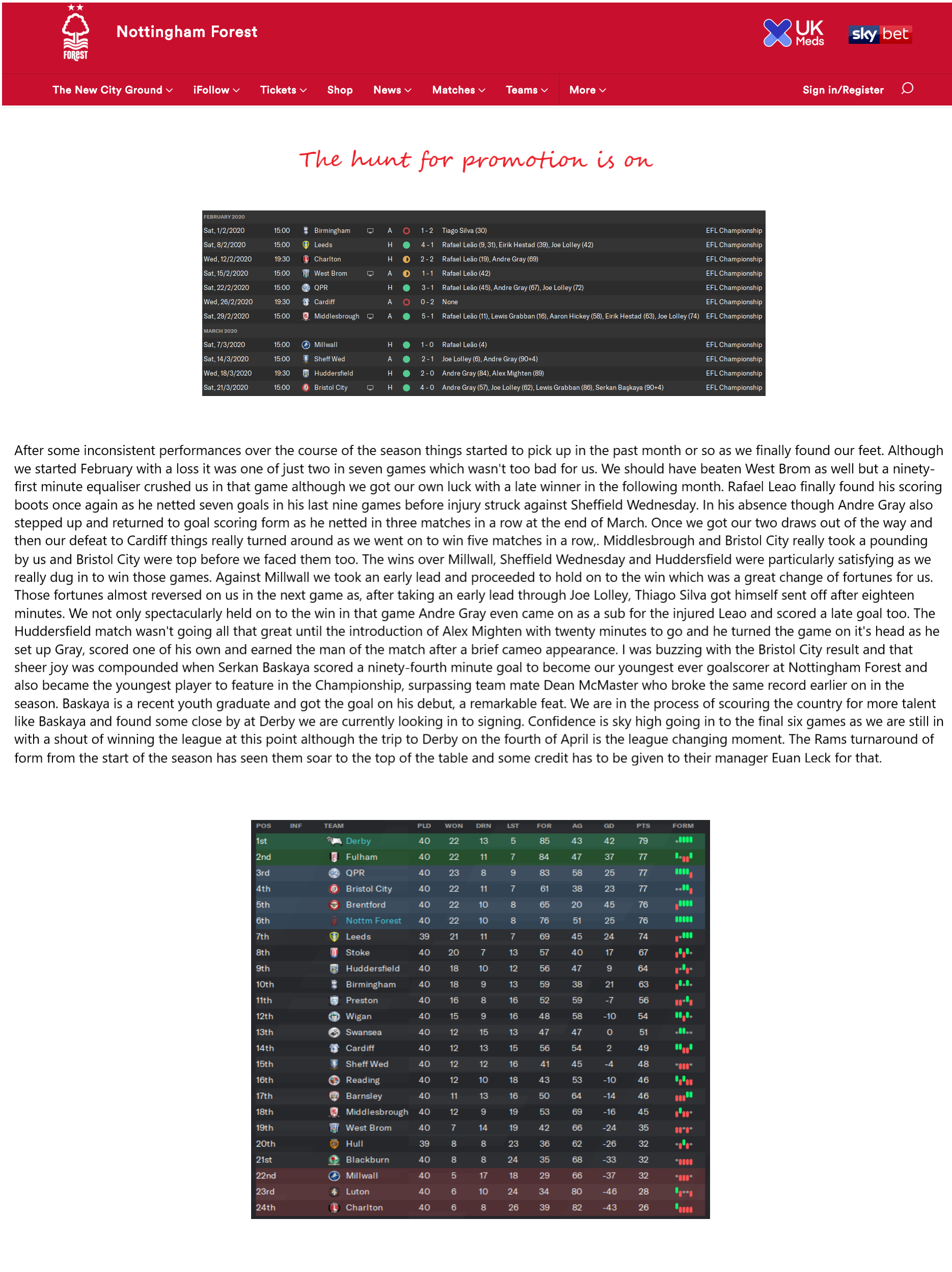 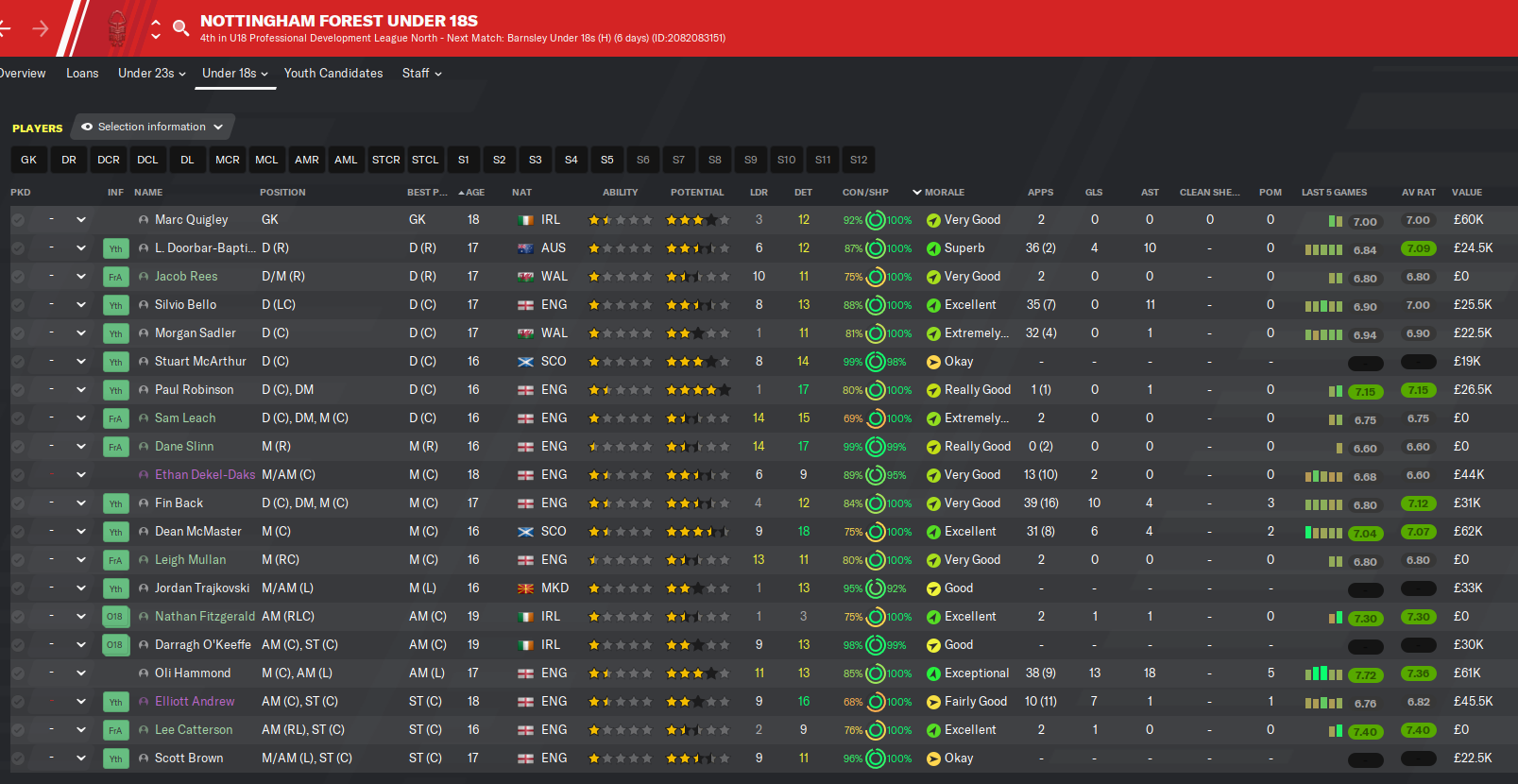 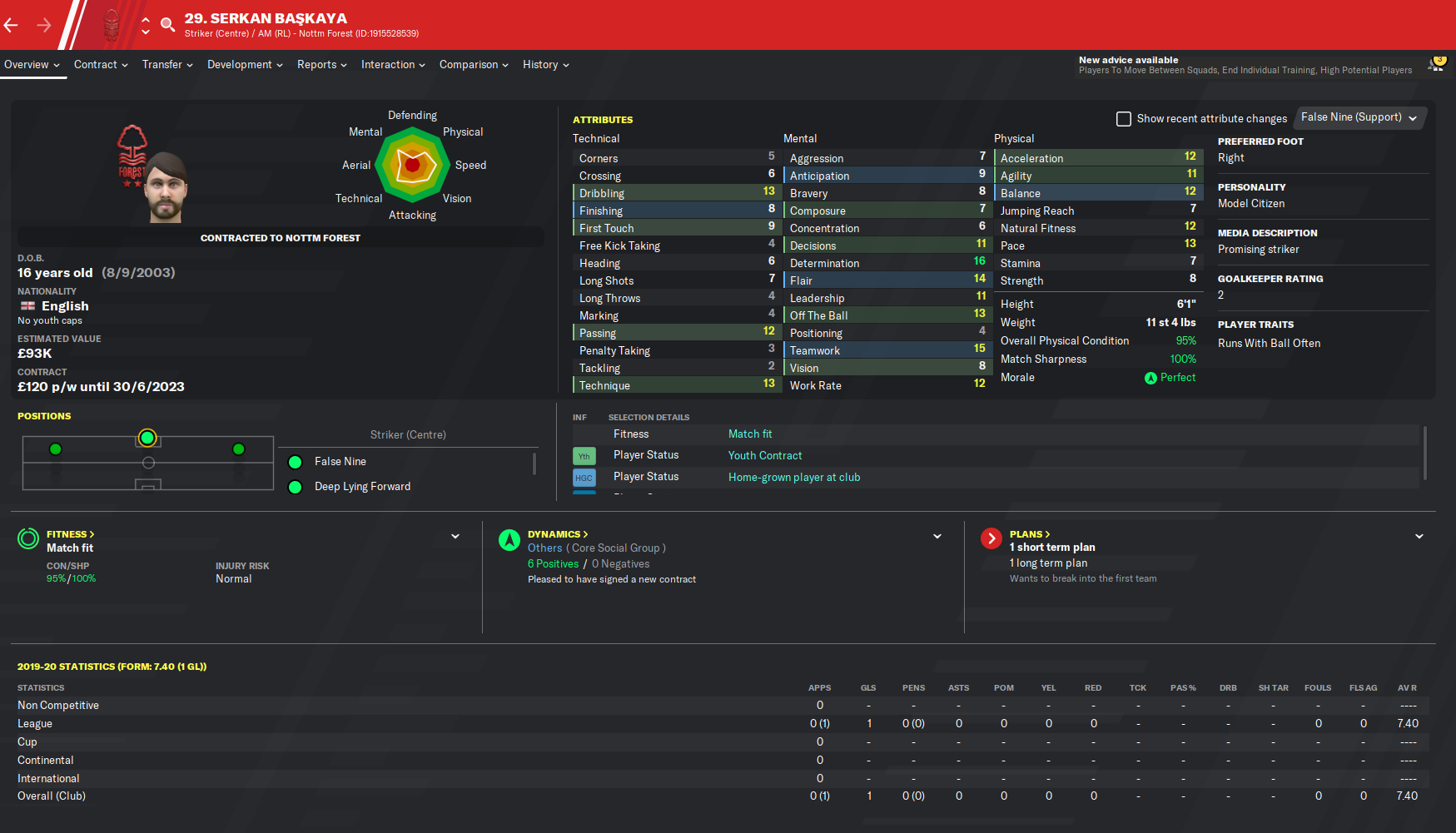 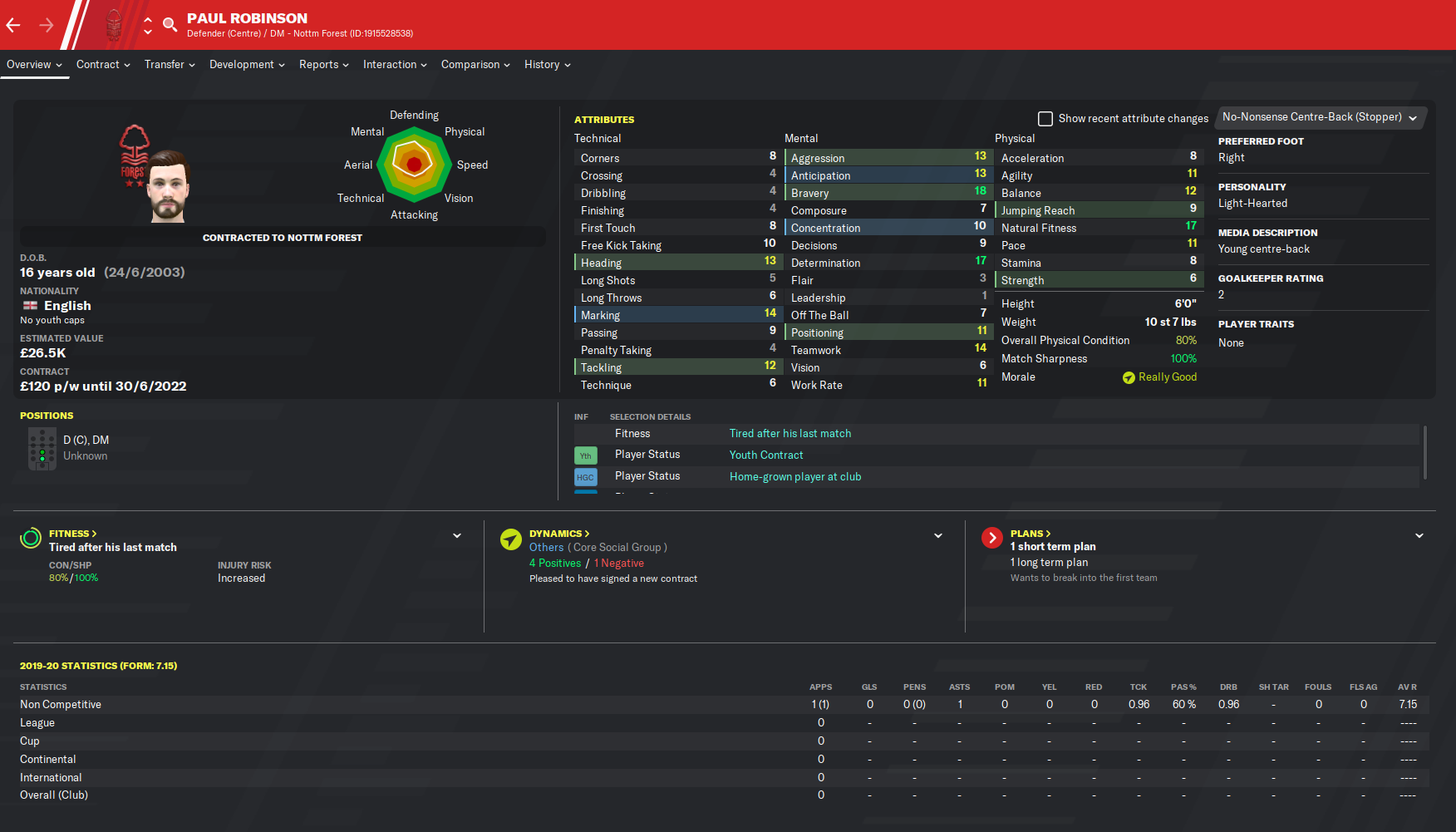 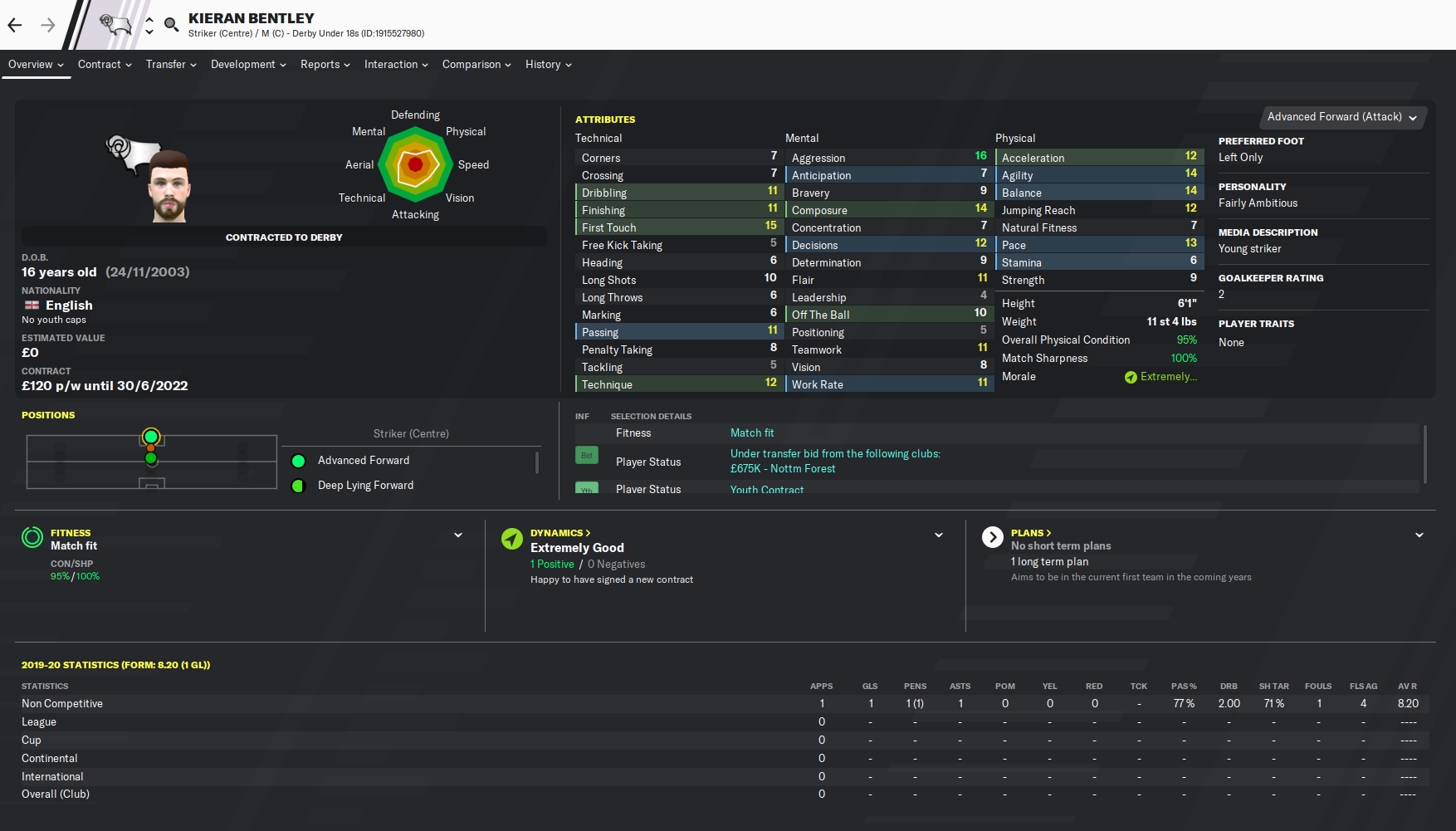 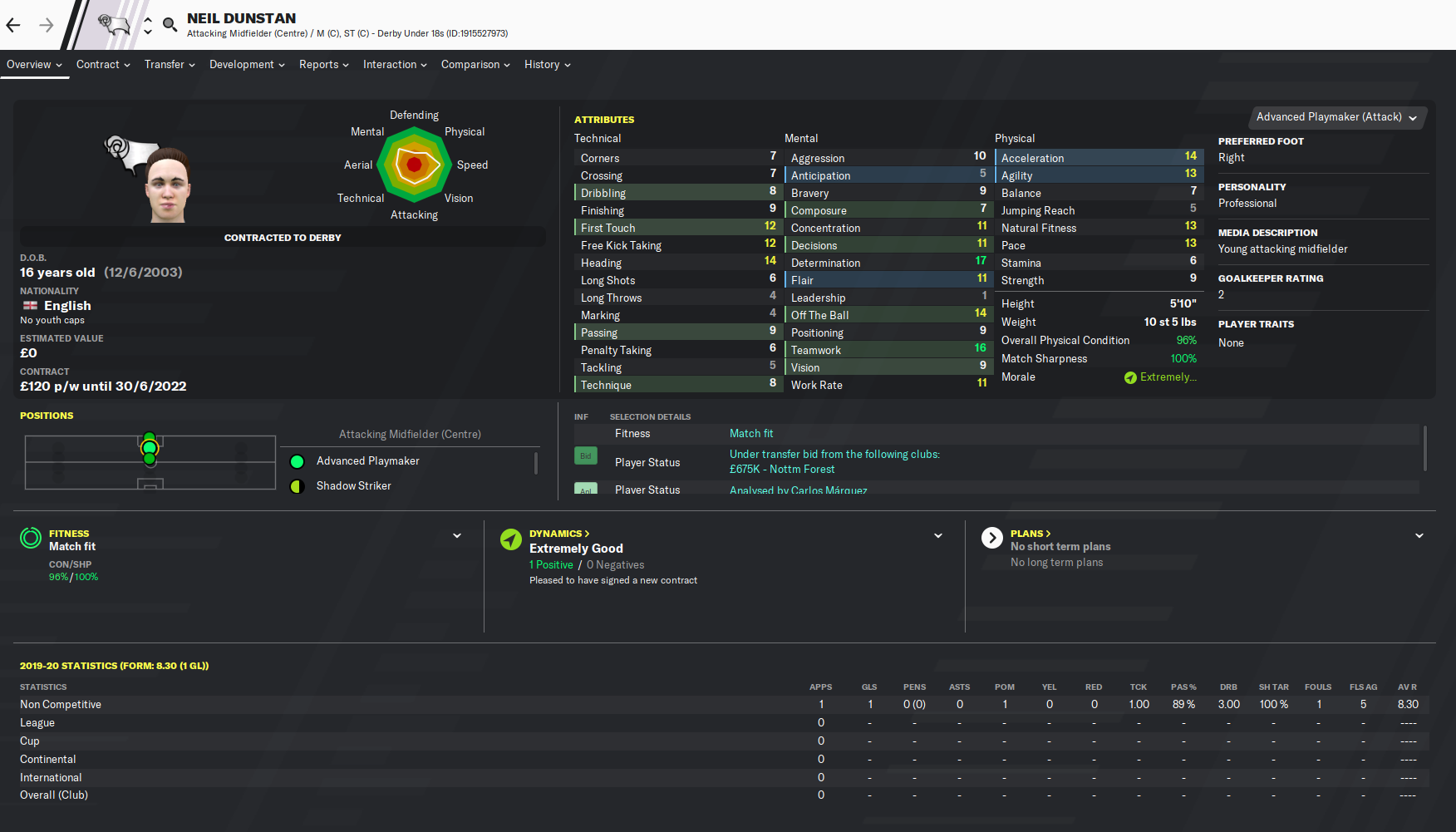 ScottT; Aaaand it was a bit but March definitely was!
Login to Quote

Its been a magnificent 2 months as we have only dropped 5 points out of a total of 33 which is unbelievable. The only real blip of the month has come against Bristol city who were 4-0 up at half time and we gave it our best in the 2nd half since we had nothing to lose and we come very close to pulling it back to get something from the game but sadly we just run out of time. It also didn't help that we had two goals that were ruled off for offside as well. We are really flying now, if only we had this form at the start of the season then we would really have been running away with the league and Promotion would probably have already been confirmed. I will take a 2 point lead though with 6 games t go. The only worrying thing is though that it is extremely close at the top with only 5 points separating me from 7th spot so there is still a lot to play for and we need to make sure there are no slip ups.

We've got a tough run in though with 3 games against the other 6 teams behind us so we will have to hope for the best and see if we can make a small fortune in getting promoted.

ScottT
1 year
Crunch time for the pair of you. Momentum is being gathered with your respective runs of form. Good luck!
Login to Quote 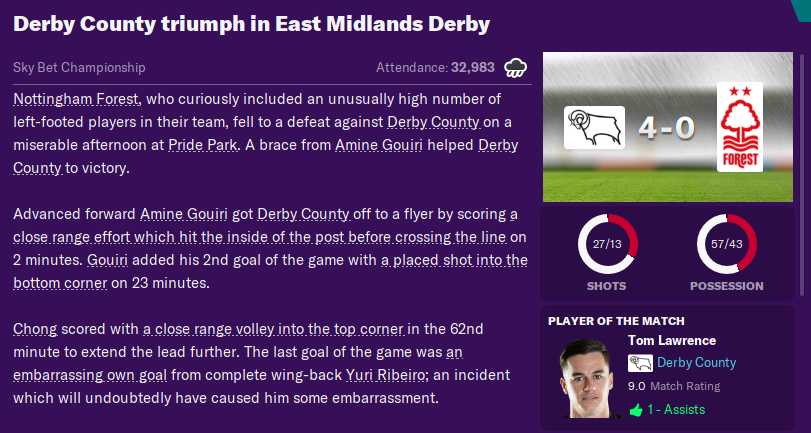 Well the big derby game has finally been and there was only ever going to be one winner with the form we've been in and we absolutely destroyed Chris Burns Nottingham Forest. Gouiri got us off to an amazing start in 2 minutes and that just set us on our way. Lawrence shows how important he is to the team again in this game as he gets man of the match while only getting one assist but he's just able to run the game from the left wing.

ScottT
1 year
Tough loss for Chris! I don't blame him for dodging the post-match wine.

Right? Have it all to do now, play-offs are my best hope now, still had some title or runner up hopes before that game.
Login to Quote

Imagine
1 year
Big credit to Leckuno who's Derby side romped to the title! My side stumbled in the play-offs and lost out to Fulham. I've been having some issues with crash dumps and memory etc in the game and uploaded my saves to MediaFire but somehow it's taken us back 6 months so that will be the end of this now. We'll maybe be back with another one soon.
Login to Quote

ScottT
1 year
A shame to end like this!
Login to Quote