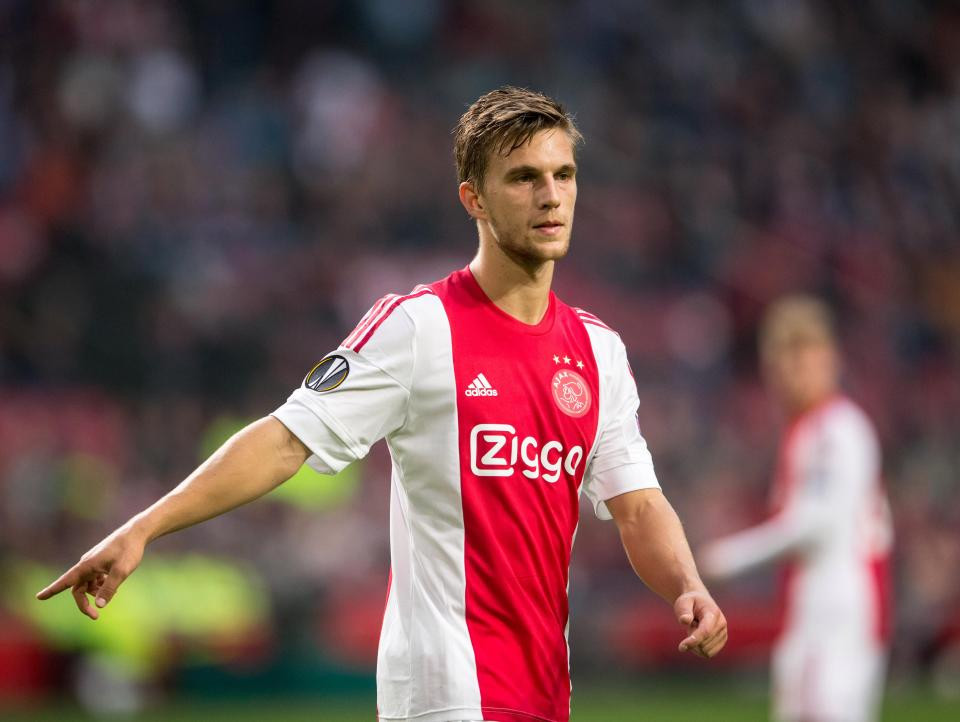 With a lot of Ajax players in demand it was Wolverhampton Wanderers who moved first, bidding £24,000,000 for central defender Joel Veltman. This was immediately rejected by Ajax stating that it was rejected for three reasons.

1. The bid did not represent the true value of the 27 year old who has forced his way into the back three that Ajax plays and has become an integral part of this team.

2. Ajax do not feel that Veltman would be making a step up as Wolves are not in the Champions League and do not possess the quality of team that Ajax possesses (although if Hakim Ziyach leaves that could be debated, even with the arrival of Erling Haaland)

3. Ajax are looking to strengthen not get rid of there best players. This is what head of recruitment Marc Overmars had to say to the press earlier. 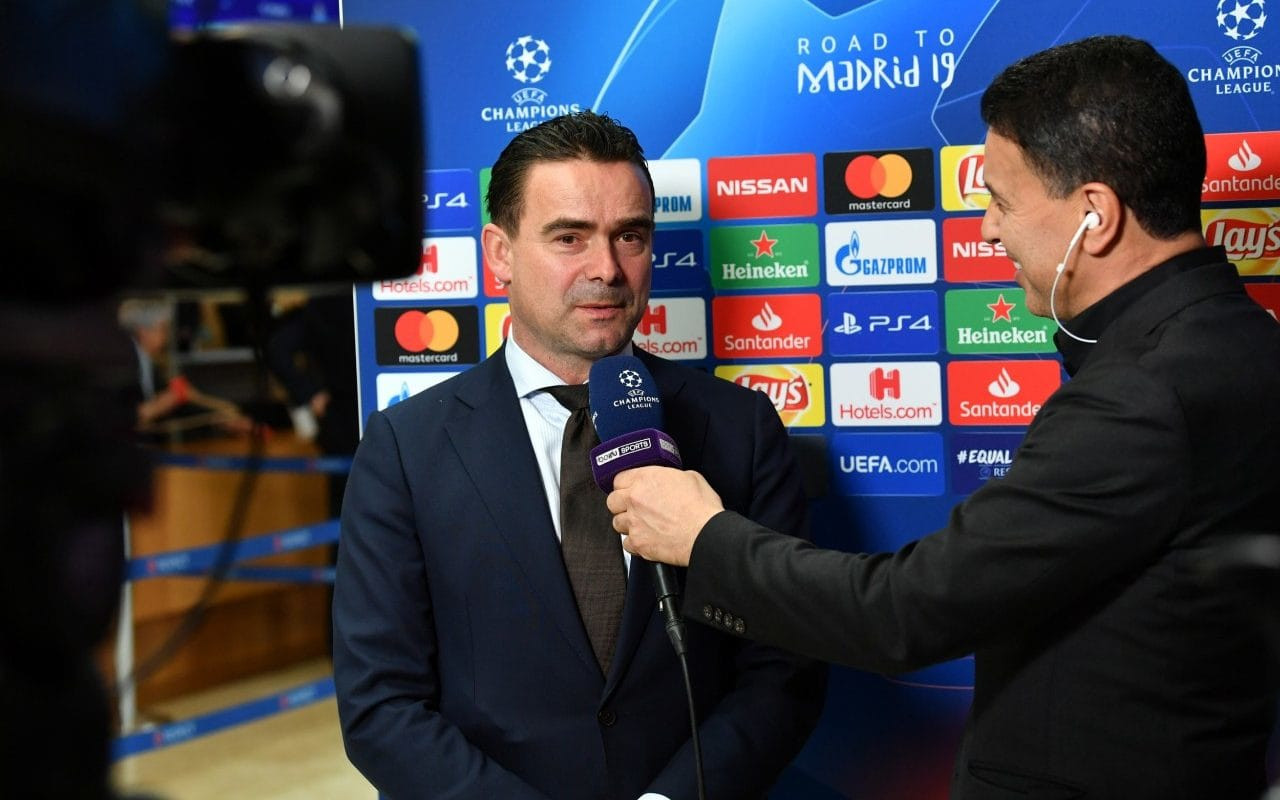 Overmars talks about the Transfer Window

There are 3 signings in the pipeline and these will be coming in to work with Hakim (Ziyach), Jack (Grealish) and Erling (Haaland). I can confirm there is interest in Dusan (Tadic) from the Premier League and has requested the chance to go back to the Premier League. I feel we can win the Champions League this season as we showed with the beating of Liverpool, we can do it. Out of the three players we are looking at, one of those is English but that is all I am going to say on the matter now.

In other news, Chelsea have agreed the transfer of James Rodriquez on a free transfer from Real Madrid. The attacking midfielder came very close to moving to Ajax in the summer only for the deal to be pulled in the 11th hour.
Login to Quote

TheLFCFan
1 year
Interesting to see the belief that the Champions League can be won this year, particularly after struggling against a couple of 'lower level' sides in the group. However, it's good to see ambition!
Login to Quote

ScottT
1 year
A statement of intent. Interested to see how you continue to fair in Europe, in particular.
Login to Quote

No1VillaFan
1 year
LFC & Scott As a manager you must have belief! I do have belief
Login to Quote

January: Looking Good and One In On Transfer Deadline Day 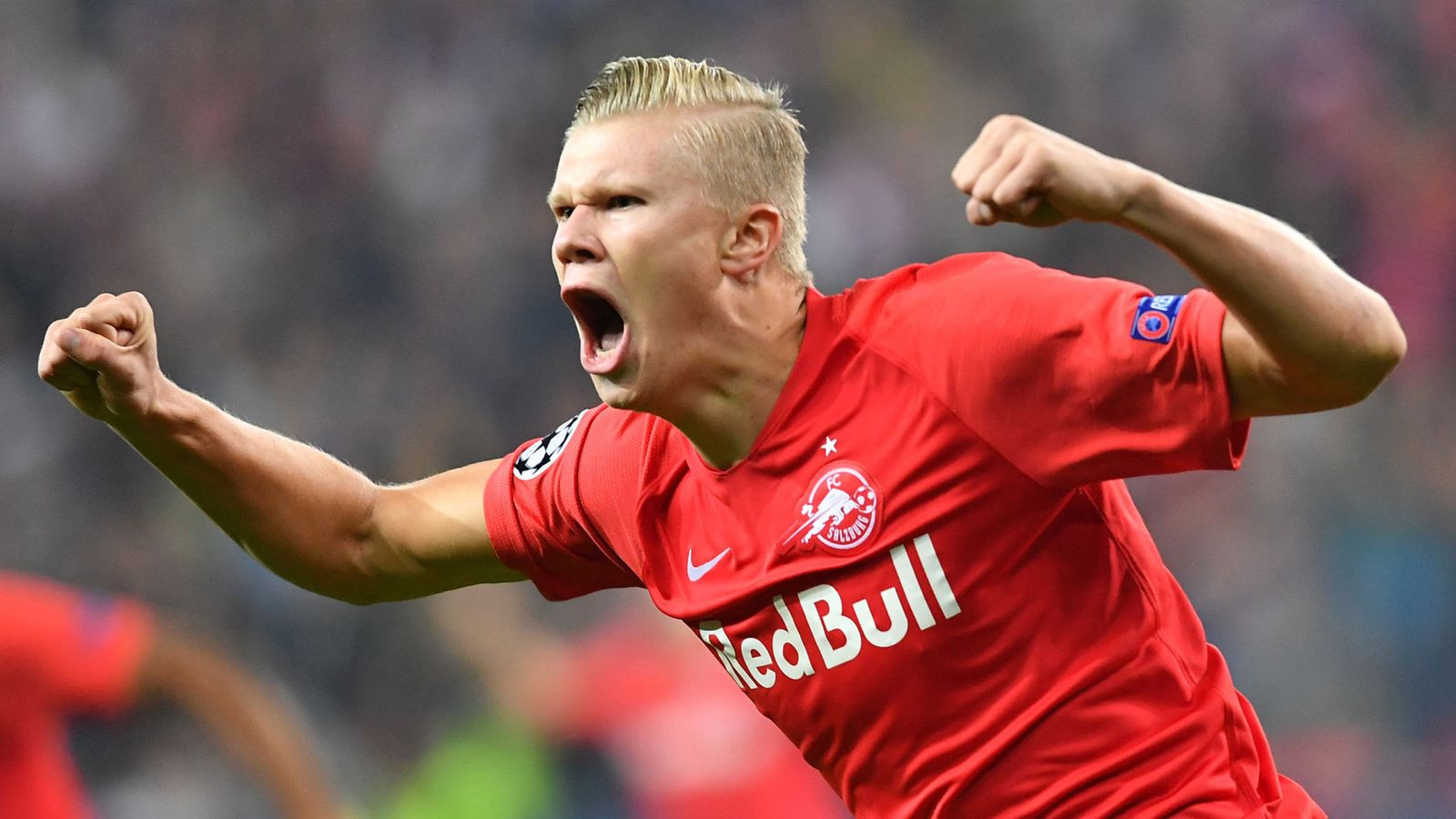 It was a relaxed month at the beginning for Ajax, Lincoln and Haaland both coming in eased the pressure for loads of business to be done and despite an array of sides circling for the best Ajax players, it was only Joel Veltman who was subject to a bid from the so called big gun players. Wolverhampton Wanderers had that bid turned down however. 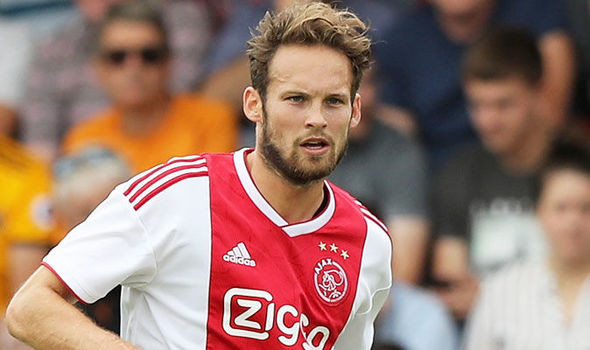 Blind is on his way to China

Daley Blind is on his way out of Ajax though but as it is to either Shanghai Greenland Shenhua or Dilian Yifang. The fee that Ajax will be getting is believed to be £22,000,000. That will be a £6,000,000 profit on what they paid Manchester United only two years ago. 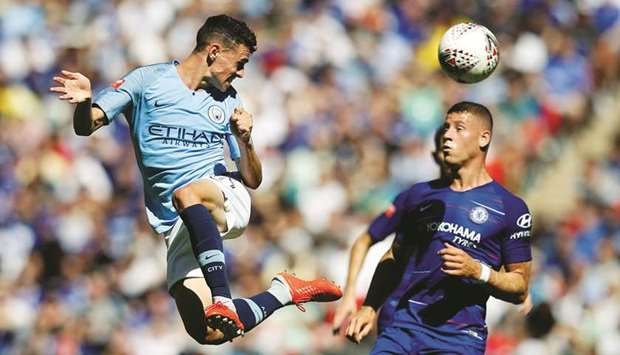 Foden and Barkley did not make the move to Holland

There was one signing on deadline day. It is understood they were turned away again for Phil Foden (I do not believe we have heard the last of Ajax going for him either) and chose against bidding for Ross Barkley. Instead Ajax matched the minimum fee release clause of £25,000,000 for Sander Berge. It is understood that his club KRC Genk had already spent and eye popping £20,000,000 on transfer deadline day so needed to make the money back. Ajax manager Frank de Boar claimed he had been a fan of the midfielder of around 6 months.

Dennis (Bergkamp) came to me and told me that I needed to go and watch this young man in Belgium play. I had sent Dennis to watch someone else but after the match, Sander had got the player of the match award and met Dennis. He was told by Dennis that I would be interested in buying him and asked how he felt about this and whether or not he would be interested. Sander was very respectful and stated he did not want to talk whilst contracted to his current club and would wait if he was given permission. I went and saw him a few times (de Boar laughs). SEVEN times I went to watch him play, I could almost have a corporate box there, I went that often. When it come to deadline day I just thought, Sheffield United are interested! I mean no disrespect to them but there 13th in the table in England and we have an exceptional record with younger players where we can nurture them into players that move to massive clubs! Obviously I want this to stop and players come here to be exceptional but this is a working progress. I look forward to Sander Berge being amazing for Ajax football club. 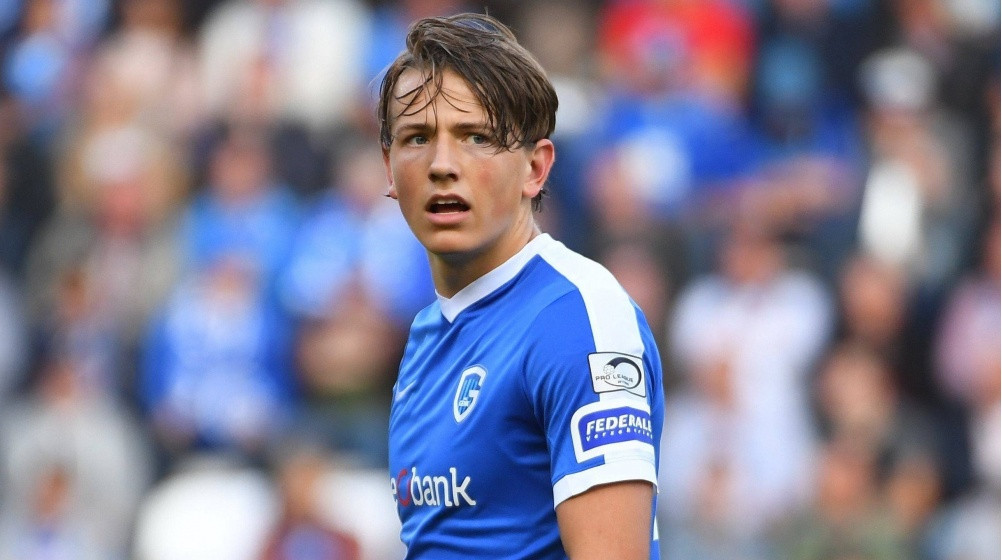 The month of January was a good month for Ajax despite nearly slipping up in the Dutch Cup against second division side MVV but came through that.

The first fixture back from the winter break saw Hakim Ziyach continue where he left off but the difference this match was there was a striker who new how to score as Lincoln and Haaland both started but it was the Brazilian who got off the mark here. Jack Grealish, who has now settled into life in Holland ran the show with his right hand man Ziyach. No one came in with a bid for the wide man and he showed them what they were missing when he lashed home from 20 yard out follow good link up play with Grealish and Ekkelenkamp in midfield. Grealish then swept home a delightful through ball by debutant Haaland before Lincoln stole the show with his trickery, taking it around 3 defenders and scoring a 1 on 1 against the keeper. Lincoln then rose highest to head home a forth. Zwolle got one back but Ekkelenkamp finished off the scoring with a crisp finish from around 8 yards out. 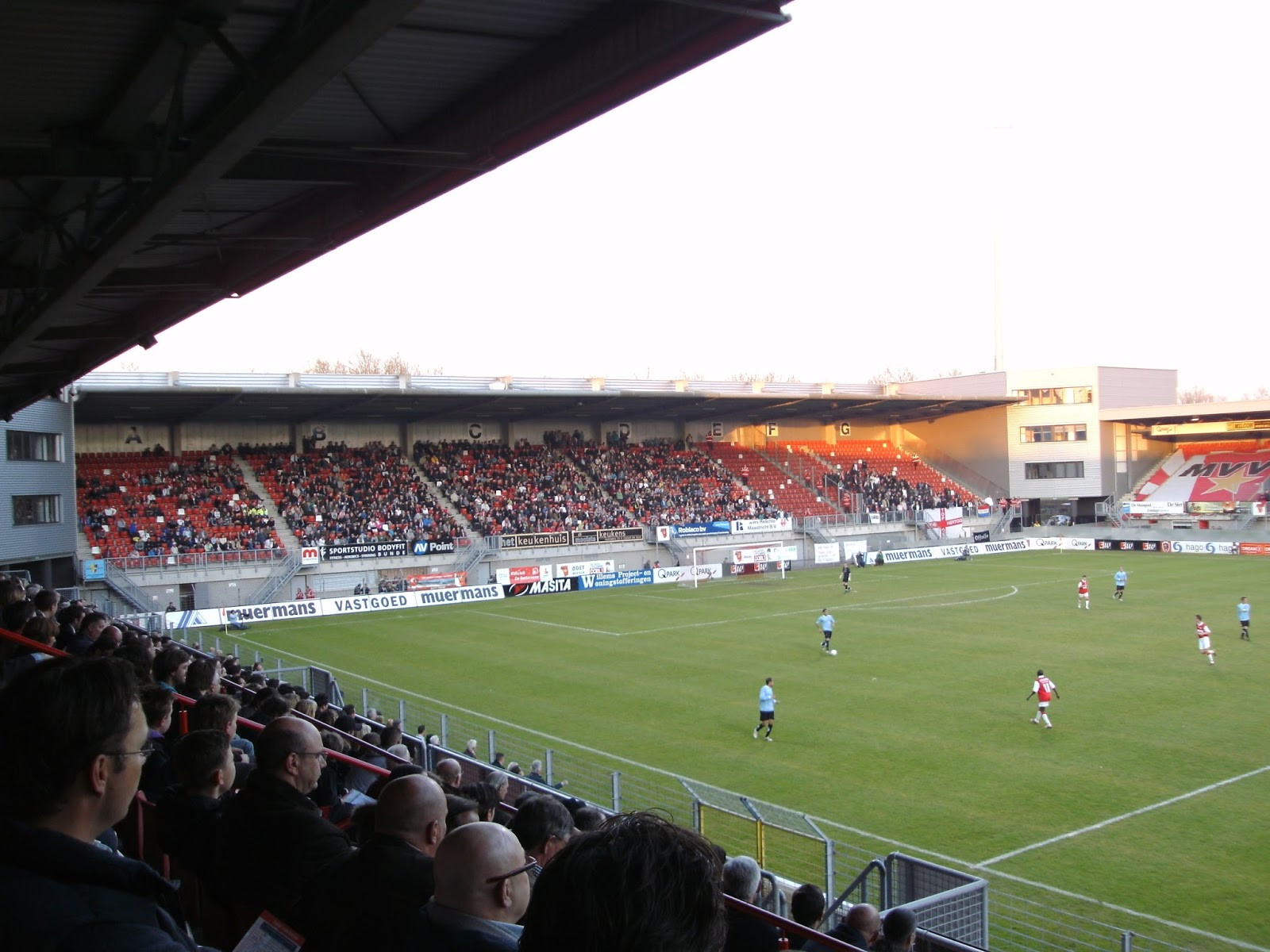 MVV were so close to the upset

Then in the cup, Ajax were lacklustre at the start of the match. MVV looked as though they were the dominant force in Dutch football so when they scored in the 41st minute, not one Ajax supporter were surprised. it was a Nicolas Tagliafico own goal. At half time Ajax were booed off. They did not improve in the second half but they were lucky that MVV are not the best at scoring, only 9 goals in the second division all season. They doggedly held on defending there hearts out when Naci Unuvar hit a pot shot from the corner of the box which totally surprised MVV and went in. Ajax did not deseve it. MVV were shot and in a boring extra time the game went to penalties, something Ajax have been excellent at all season. First Haaland (technically his first goal for Ajax but it doesn't get put like that), Then American Dest, Moroccan En-Ensyri and Naci Unuvar finished a perfect 4 goals with Onana saving from Vlijter and Martina for Ajax to luckily go through to the quarter final.

They finished the month off with a 4-0 win against Groningen who were lying third at the time, demonstrating the gulf in class between Ajax and PSV to the rest of the league. Erling Haaland scoring two goal, Kik Pierie sandwiching the goals and Van de Beek finishing it off.

Ajax have pulled out a 4 point lead with a game in hand so if they win they will go 7 clear and it will be looking a lot better for the Champions. Good months for FC Utretch and FC Groningen see them keep pace for third and a Europa League spot. Heracles have also moved up and are looking in good shape. At the bottom, Vitesse and Fortuna are 3 points off Sparta in 15th place but Sparta have lost there last 5 on the bounce and it is looking like they are now in the tight relegation battle. FC Twente should be safe as they are 9 clear of 13th placed PEC Zwolle.

Ajax have a busy February coming up with five Eredivisie matches, The Dutch Cup Quarter Final and Champions League 1st knockout stage.
Ajax, in theory should win all there Eredivisie matches this month. In FC Utretch in the Dutch Cup they have a potential banana skin, however with the new signings allowed to play it looks as though they should win that. It is the crunch match against FC Bayern that is going to be the big one! Can they do it? 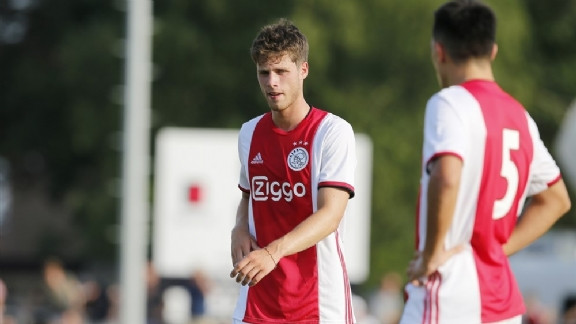 This young defender was on the loan list at the start of the season, now he has been given a fresh new 4 year deal and is one of the first names on the teamsheet. His ability to suss out where the ball is going and to intercept it is out of this world. If at the start of the season you told me the first choice centre back pairing would be Pierie and Rajkovic then I would have laughed!
Login to Quote 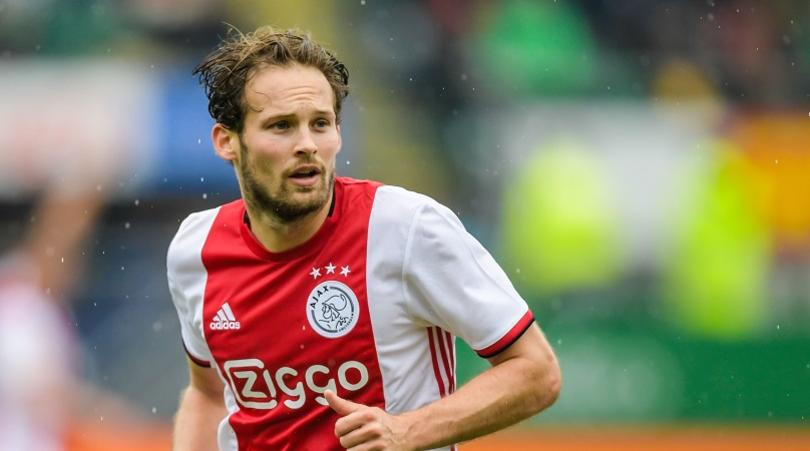 Ajax today announced the sale of Daley Blind to Chinese Super League side Dilian Yifang for a fee of £22,000,000. Earlier in the week Blind had said that he was not interested in moving to China so when he was announced it came as a bit of a shock.

It is only when his contract was announced that everyone understood why he went to China. Blind signed a contract for 3 years worth an astronomical £375,000 a week.
I am extremely pleased to be able to move to China to play my football in a up and coming country. It is not about the money and it is about the respect that I am going be shown and I look forward to showing Yifang what I can do.

After hearing the interview Frank de Boar had his say. I did not expect to get Daley Blind sold for over £20,000,000 but it just shows that at the moment China can go out and buy anyone they want. Daley wasn't even the biggest transfer! Ross Barkley moved for £27,500,000, Alex Telles went from Porto to Guandzhou, Rafael Toloi joined Barkley at Jiangsu, Mykyta Burda and Thomas Partey both moved from Dynamo Kyiv and Atletico Madrid respectively so they are still spending and this is because the F.P.P does not count in China. The wage is £375,000 a week, which is ridiculous. I say good riddance to Daley personally, we DID offer him a contract to stay and fight for his place but he refused!
Login to Quote

TheLFCFan
1 year
A crazy contract that but something that isn't unexpected from China. A good fee coming in which will cover some of your transfer dealings.
Login to Quote

Justice
1 year
The money for Blind is incredible! Doing fairly well in the league too.
1
Login to Quote

Big_Wully_Boly
1 year
Agree with the post above, Crackin bit of business for Blind, He's been great for me in my save.
Login to Quote

You are reading "Franck's Ajax Invincibles?".