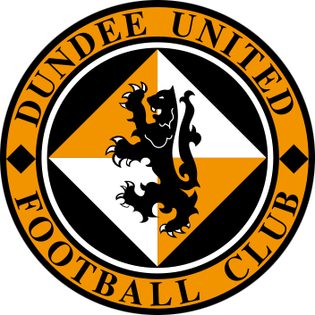 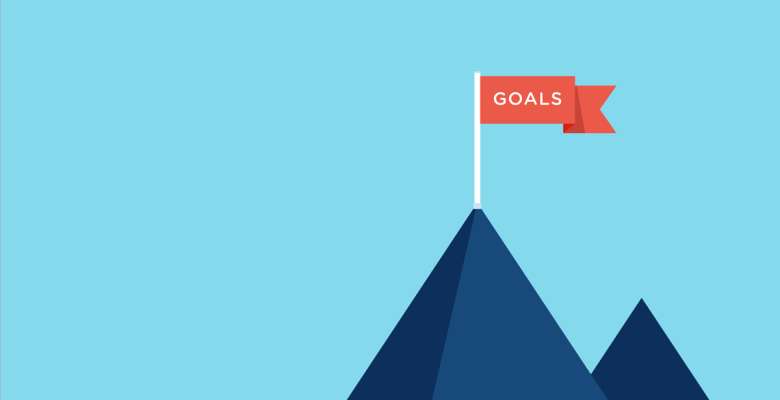 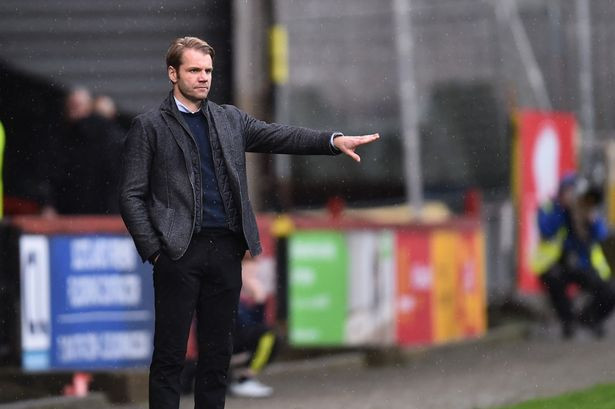 
Sky Sports have today learned that Dundee United have parted company with Head Coach, Robbie Nielson with immediate effect following The Tangerine's disastrous showing in the penalty shootout in the Play Off final with St Mirren on Sunday. The men from Tayside failed to score on all four of their penalty attempts and with the club now facing their fourth season in Scotland's 2nd tier - new American owner, Mark Ogren, has decided a change of personnel is needed to guide them back to the top flight.


Rumours are circling already as to who the new coach will be. Dundee United's recruitment has been a major concern for fans and the board alike with a turnover of new signings leaving after one season over 70% over the past 4 years.


The Ex Jambos and MK Dons gaffer says despite the poor result to end the season he has no regrets with the half season he managed United.


"The boys have been fantastic, I couldn't have asked for a better set of lads to push for promotion and we are all obviously devastated we couldn't repay the fans for their excellent support both on and off the pitch this season. Its been a tough time here at Tannadice, 4 Managers in 4 seasons shows how desperate the board are to get back to the top flight. I wish everyone all the best and hope the new owner can bring in new hope." 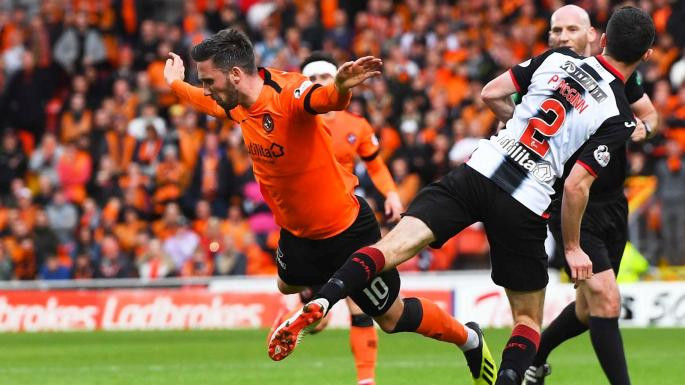 Nicky Clark, Above, could be a key player for United. 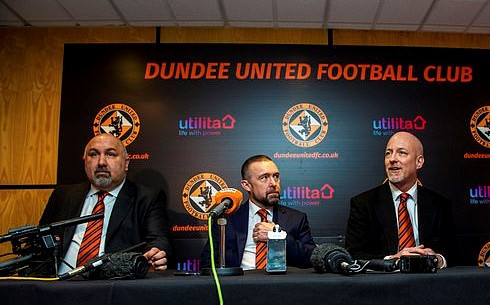 For now it is a waiting game to see who the new Dundee United manager will be. Mark Ogren is keen to get a new face in as soon as possible to start shaping a title challenging team, but says he doesn't want to rush the decision.


"Is there a sense of urgency to appoint a new manager? Of course there is, we are a few months away from pre season and I want the team to be ready to go from day one. I won't use that sense of urgency to create a panic situation here at Tannadice. In the meantime, we have cleared 90% of previous debt and have modernised the ticket entry system so fans can now gain entry from scanning their season tickets from their smartphones. We are also in talks for a few good new players, Tony Ashgar our fantastic Director of football is in talks for a few exciting deals."
Login to Quote

Dundee United - A History (Part I)

When you think of Scottish football, two teams probably spring to mind : Celtic & Rangers, The Scottish giants, the "two teams in Scotland". While in recent memory this is probably a fair representation of the state of Scottish football, this wasn't always the case. In the mid to late 80's the talk was all tangerine and red and white. Dundee United and Aberdeen had forged a division in the usual two horse race between the Glasgow greats, Manchester United legend Alex Ferguson at Aberdeen and Jim Mclean at Dundee United brought a sexy style of play that hadn't been seen in Scotland before - these two east coast teams were nicknamed The New Firm. 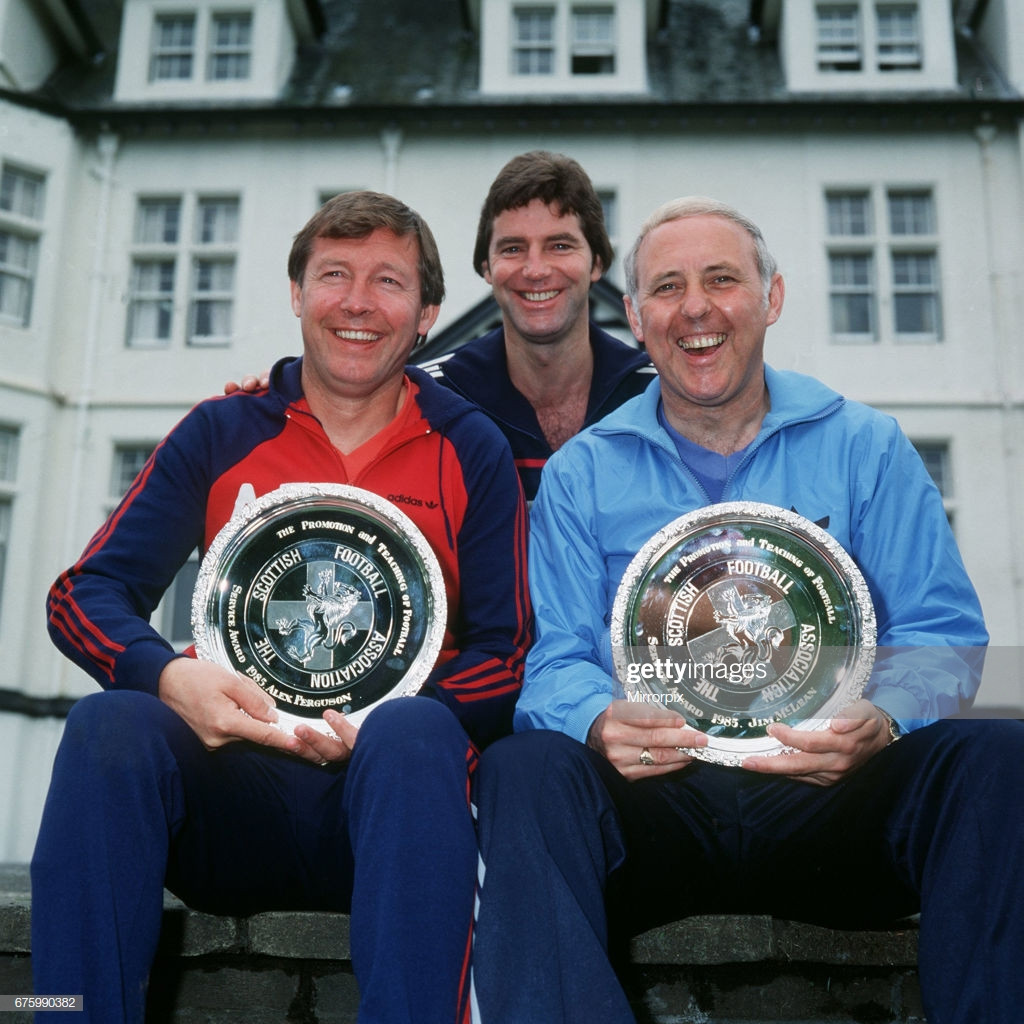 Dundee United started life in 1909 as Dundee Hibernian. Founded by Irish catholics in Dundee who lost their previous club Dundee Harps in 1897 they were inspired by their catholic brothers down the coast in Edinburgh, Hibernian.
The first game at Tannadice was a friendly with Hibs on 18th August 1909, which ended 1-1. Jamie Docherty was the club's forst ever goalscorer.
It wasn't until 1924 that the club adopted the name Dundee United (after being refused the name dundee city by rivals Dundee FC) and a new white and black kit replacing the original green and white one.
The club won promotion to the First Division for the first time the following season after winning the Second Division title.
The next ten years was spent trying to stay in the top flight or bouncing back from relegation, but the recession and World War 2 hit hard and it wasn't until the arrival of Jerry Kerr as manager that the club finally saw a return to the top flight for the first time in 28 years.
The club improved through the 60's, qualifying for European football and famously beating Barcelona in 1966. Their 2-1 away win was the first ever victory by a Scottish club on Spanish soil. 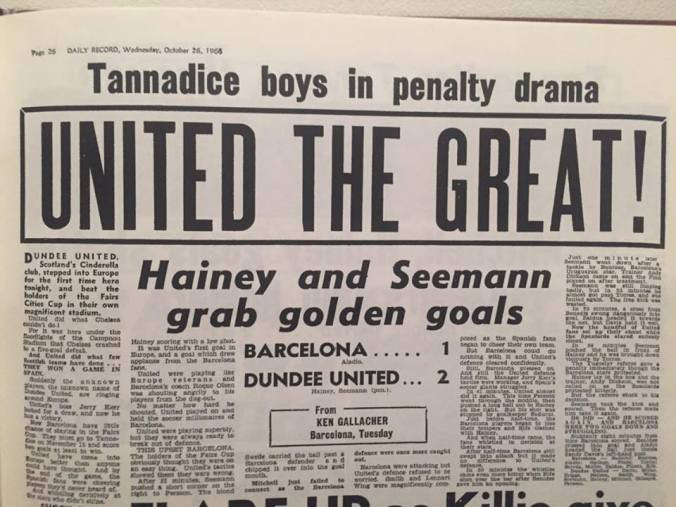 In 1967, America started their soccer revolution, importing 12 overseas teams to represent the major cities of the States, with Dundee United playing as Dallas Tornado.

United did so well; they were invited back to Dallas in the summer of 1969.
The Tornado shirt was a big hit, and with colours of burnt orange and blue trim, it was exciting, vibrant and yes, fashionable. Mrs Barbara Kerr, the wife of manager Jerry Kerr, loved it so much, she suggested United should wear the same colours back home.
The tangerine United shirts with black trim and a new circular, rampant lion badge, were born on the August 4 versus Everton. 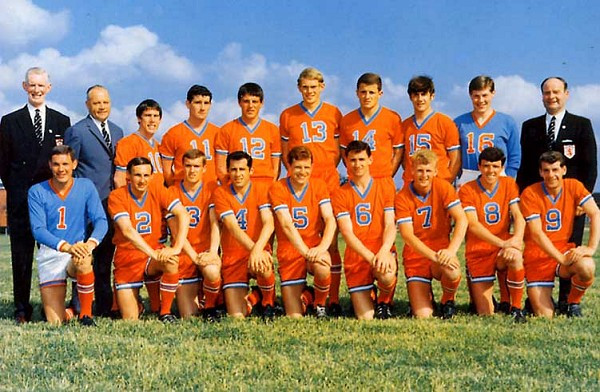 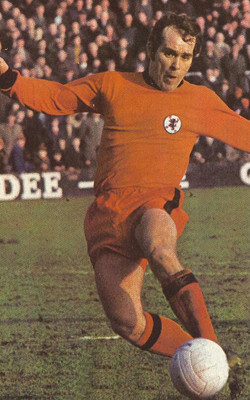 TheLFCFan
1 month
Great start here. I didn't realize it had been four years since Dundee were in the Premiership so hopefully you are able to guide them back. A great piece on the history of the club (I look forward to Part Two), very informative. Good Luck!
Login to Quote

Imagine
1 month
Looking great this, especially with it being a first attempt! Not a huge fan of Dundee United but looking forward to seeing how you get on. They have, or have had, a great youth set up and usually bring through or develop great young players. All the best!

Buvver
1 month
Jim Mclean They just don't make em like that any more !
I'm a Rangers man but looking forward to reading this story.


Dundee United have blown up social media by signing new manager Paul Thompson on a 1 year initial contract. Thompson, who has no professional experience as a player or manager, was apparently signed after sending in his cv which included 13 years experience on cult game Football Manager which impressed the american owners. Thompson does possess a Continental A coaching degree but fans are bewildered that someone with so little practical experience has signed to a professional club who are desperate to gain promotion back to the premiership before a money crisis occurs. 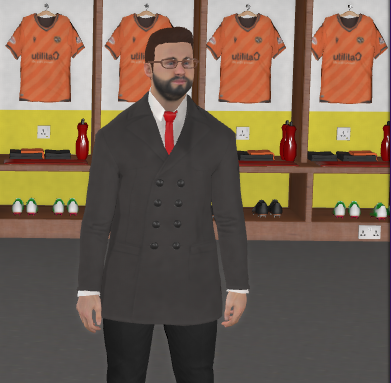 "I don't believe it. My club has fallen apart, I thought relegation was bad but this is football suicide." Said John Fintry a lifelong Dundee United fan. However some seem keen to give the 25 year old a chance.
"The board must have signed him for a reason beyond what we are hearing just now. I have faith in our new owners, they've invested so much into our club already - folk are too keen to put every new change to United into the rubbish pile." 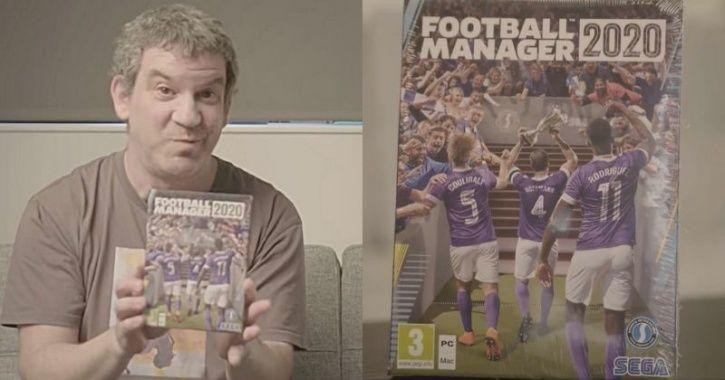 Does this mean we are all qualified?

They say a manager is judged by his results and his signings, so time will tell as to what the new Thompson dynasty will bring - even if it is a short reign.
Login to Quote 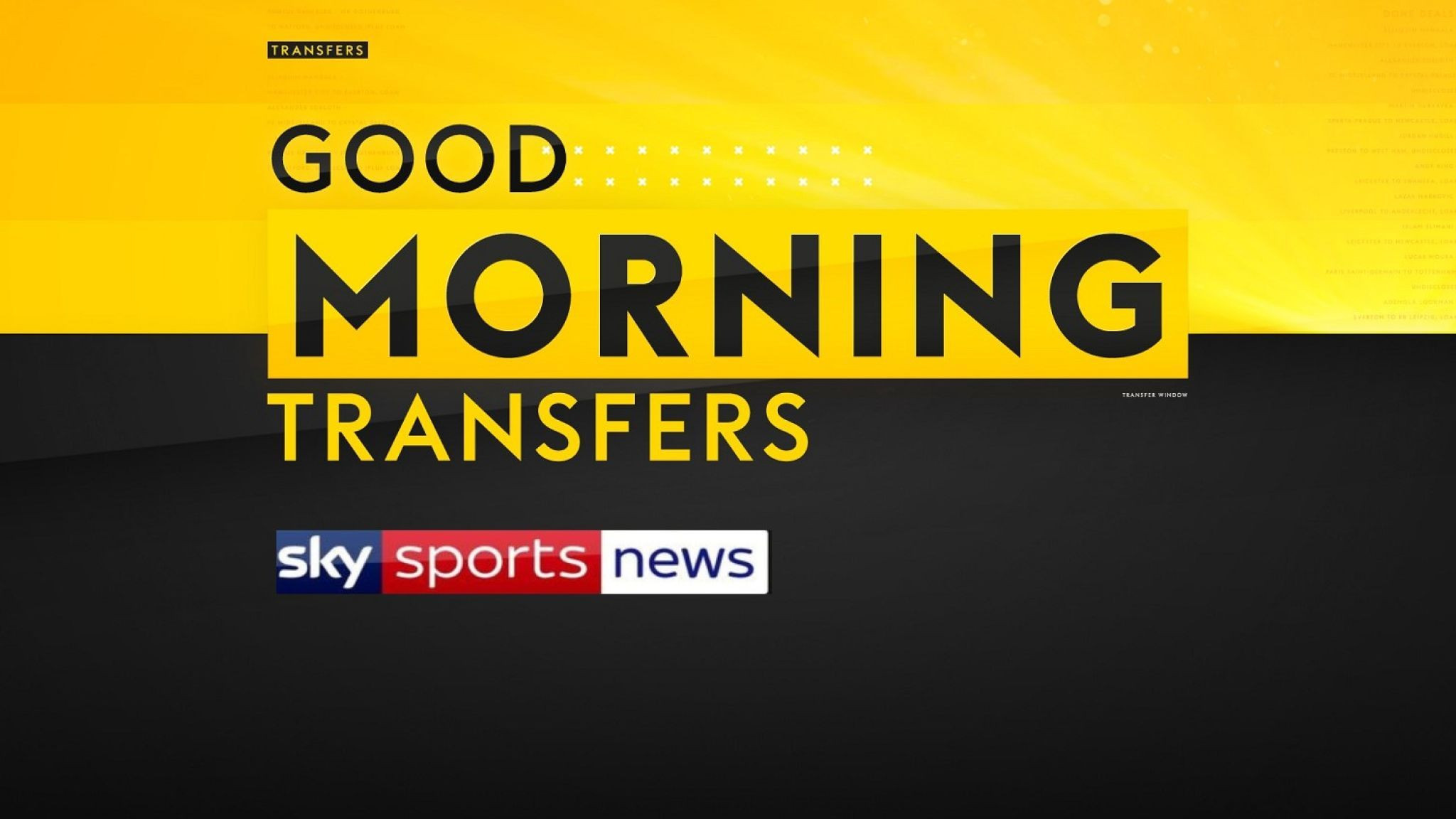 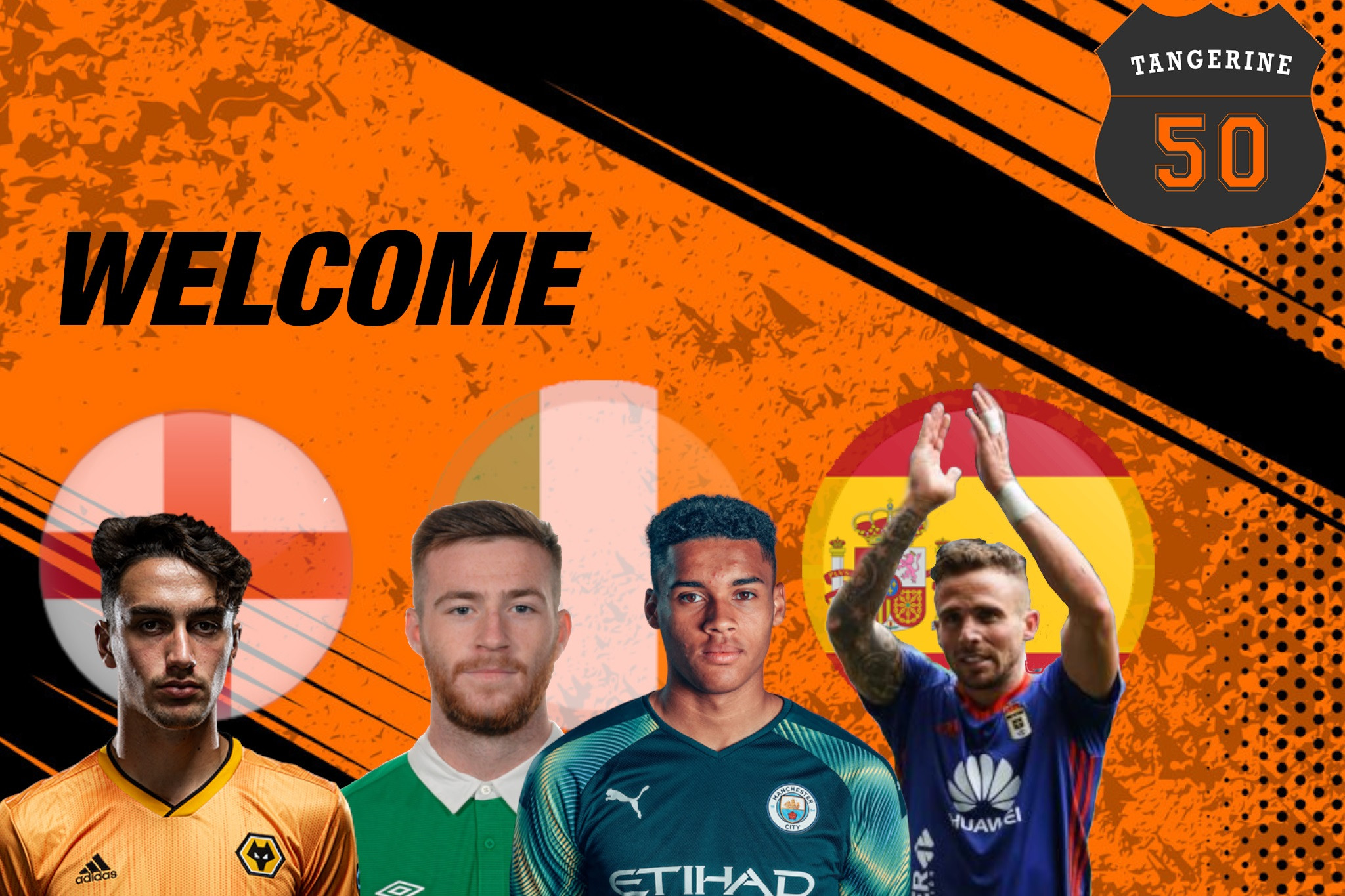 Dundee United have shown their Championship domination attempt with a flurry of signings today. With a suggested 4-3-2-1 formation coming from the United training camp, new Manager, Paul Thompson has wasted no time in bringing in some big names to improve the wings and defence.

Irish starlet, Jack Byrne and Spanish winger Aaron Niguez have joined The Arabs on the flanks with free transfers - while Man City youth Gavin Bazunu has joined between the sticks. Max Kilman, a fantastic center half from Wolves also joins the squad.


United have brought in Liverpool wonderkid Curtis Jones and Cardiff centreback Curtis Nelson on loan, with the option to purchase the latter player at the end of the current season. 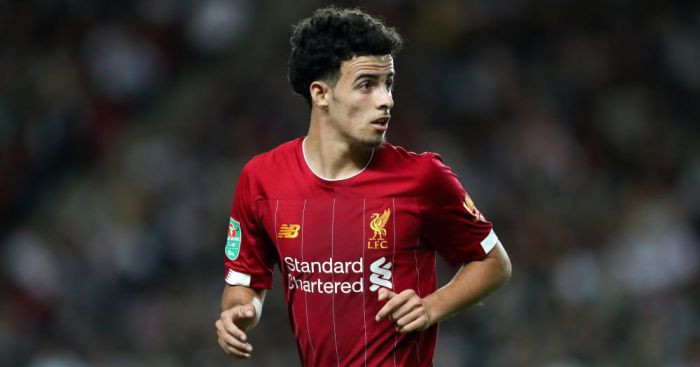 
Below are the fixtures for Dundee United's Pre Season friendlies and Betfred Group stage. United have a fantastic chance to advance in the Cup, but the game against Premiership opponents, Hearts will be a stern test. 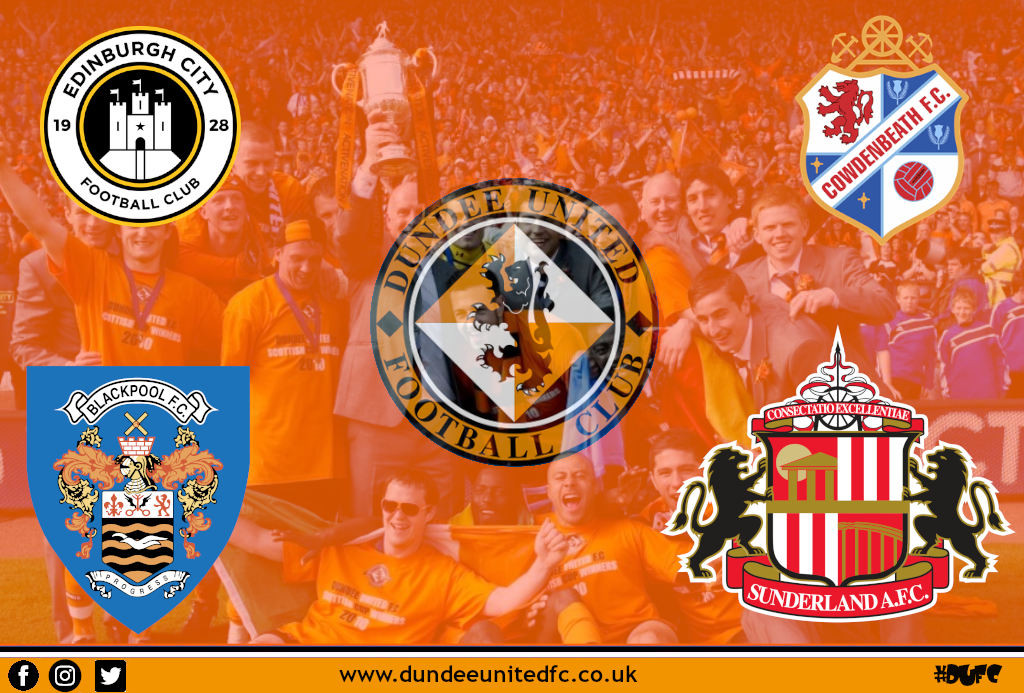 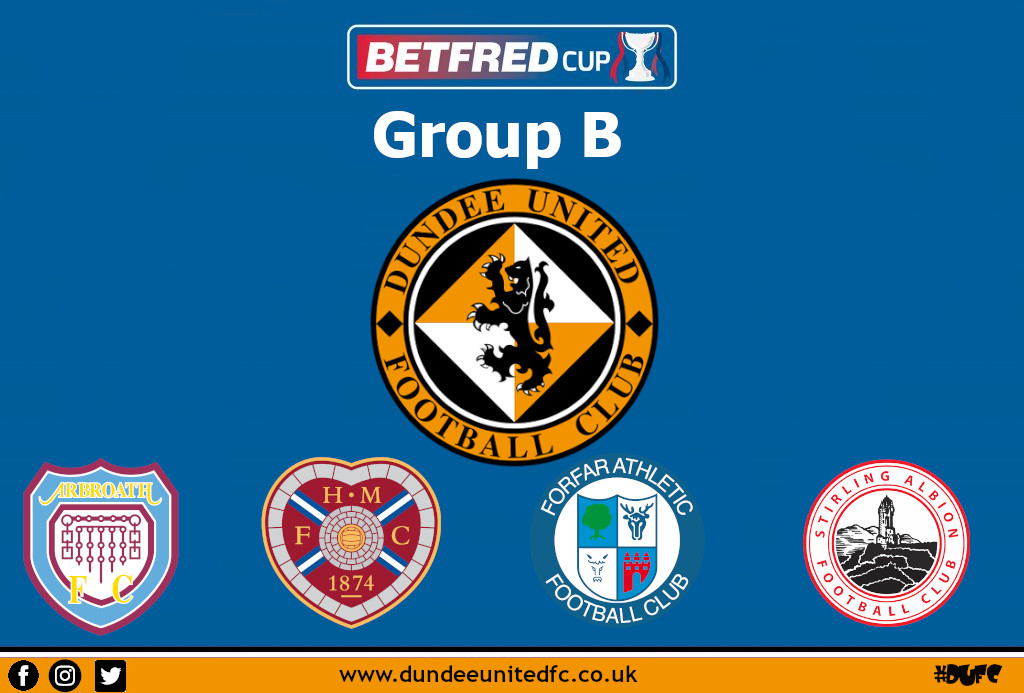 ScottT
1 month
Some absolutely magnificent signings there, I have to say! Kilman and Nelson could be an excellent partnership at the back.
Login to Quote

Imagine
1 month
Really like the look of this, some nice graphics you've been utilising. Some great signings there and the league has to be a must after those additions.
Login to Quote

TheLFCFan
1 month
The signing of Kilman is a great bit of business, a player who is highly regarded at Wolves from what I can gather, so to bring him in is brilliant. Curtis Jones will be good on loan as well, with an added level of creativity for your team!
Login to Quote