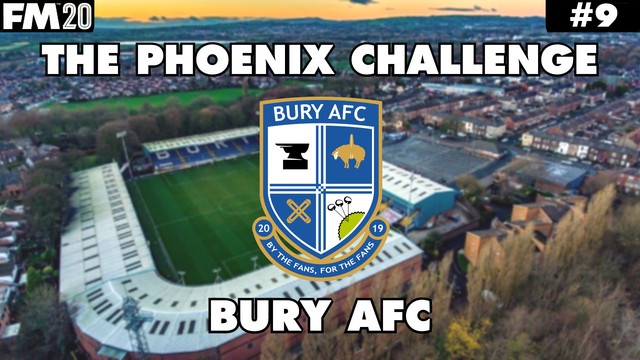 Today we're looking at another phoenix club, Bury AFC! This club was formed as the unofficial, fan-based successor to Bury FC who were expelled from the Football League before the 2019-20 season for serious financial troubles. The club is set to compete in the North West Counties League Division One, the 10th tier of the English pyramid, so you've got quite a long challenge ahead of you if you decide to give it a go. The Shakers will compete in the old Bury FC stadium, Gigg Lane, in the game despite their current stadium-share with Radcliffe. With over 1500 season ticket holders, you'll likely have plenty of income from gate receipts to carry you up the lower divisions over the first few years of your journey. If you're interested in trying out the save, check the links below:

BigH-of-Bury
1 year
Any updates from anyone who has tried this challenge ?
Login to Quote

Havanaclue
9 months
I have been doing this challenge on and off on FM 20. 6 seasons in and we are back in league 2, back where we belong.
Login to Quote

You are reading "Bury AFC | The Phoenix Challenge".