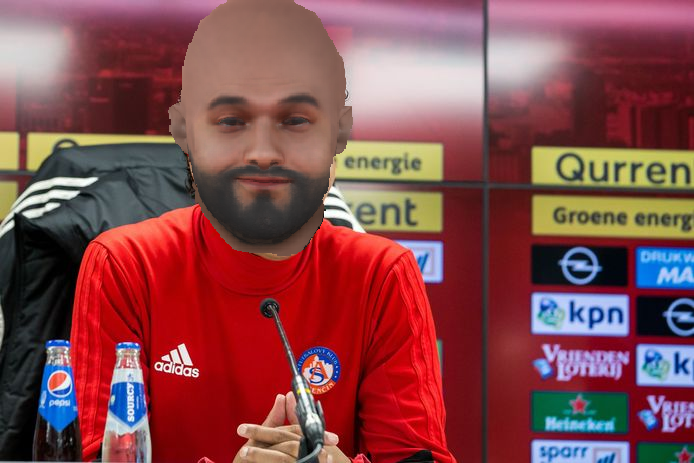 
Hi everyone, like you can see at my previous story I lost months of progress due a lost save-file. It's possible that this will be my main save if I lose the intrest of getting back with Maurice De Paarse - RSC Anderlecht.

For now, this story is already 11 months (in game) going on (current date in game: 27nov 2019). I started at January 2019 with Thai Port FC. Robin De Tremmerie, born in Brussels, is the character of this save. Robin is at AS Trenčín after they fired Norbert Hrncar, they currently last with 14p in 16 games. There's still 6 games left for the regular season. Main object is now getting out of the 2 second last places who'll relegate directly. 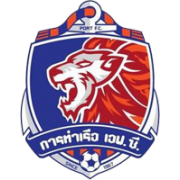 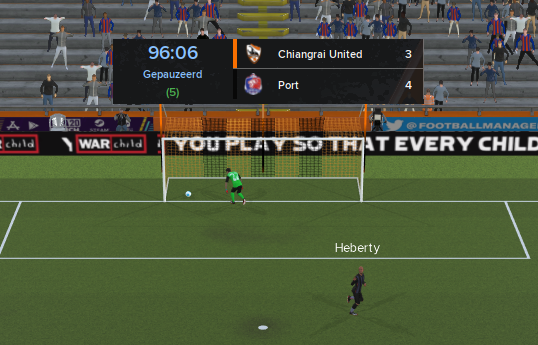 So basically we won the title in the 90+6 minute cause Bangkok United lost 2-3 and we scored the 3-4 in the 96th minute. At minute 88 we were 3-2 behind. If i experience something like this I think I need to make a story about it so here we go! 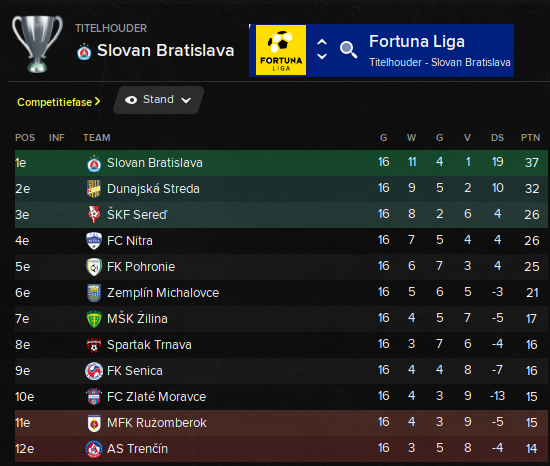 First games with AS Trenčín 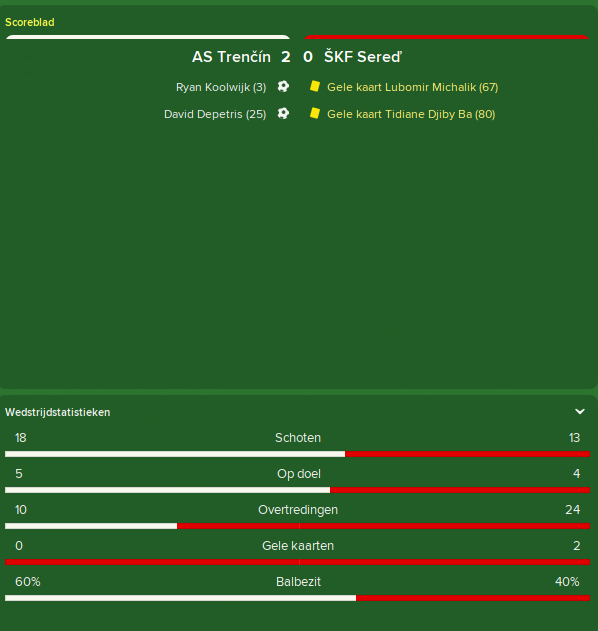 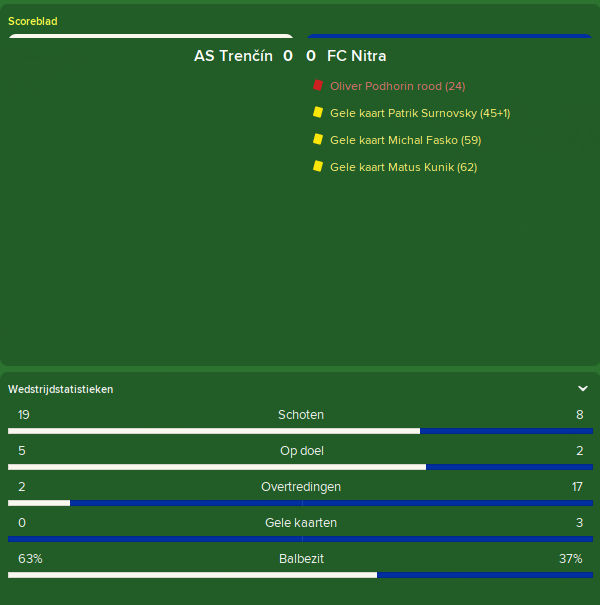 ScottT
4 months
Trencin are certainly in an unfamiliar and precarious position. Good luck in steering them clear from relegation and up the table.
1
Login to Quote

TheLFCFan
4 months
You have a lot of work here to keep this team up. Best of luck with the new story.
1
Login to Quote

Zed
4 months
Hope Robin can keep that big head of his cool and guide Trencin to safety! I remember Trencin beating Feyenoord 4-0 a few years back, so there must be some quality in that team!
1
Login to Quote 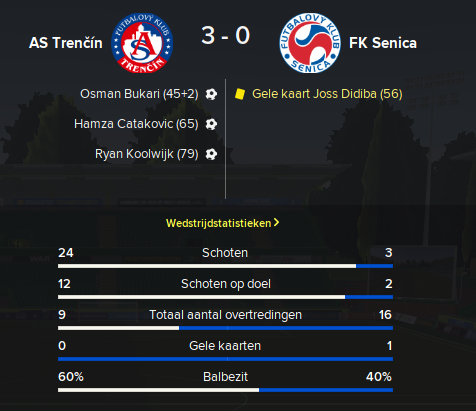 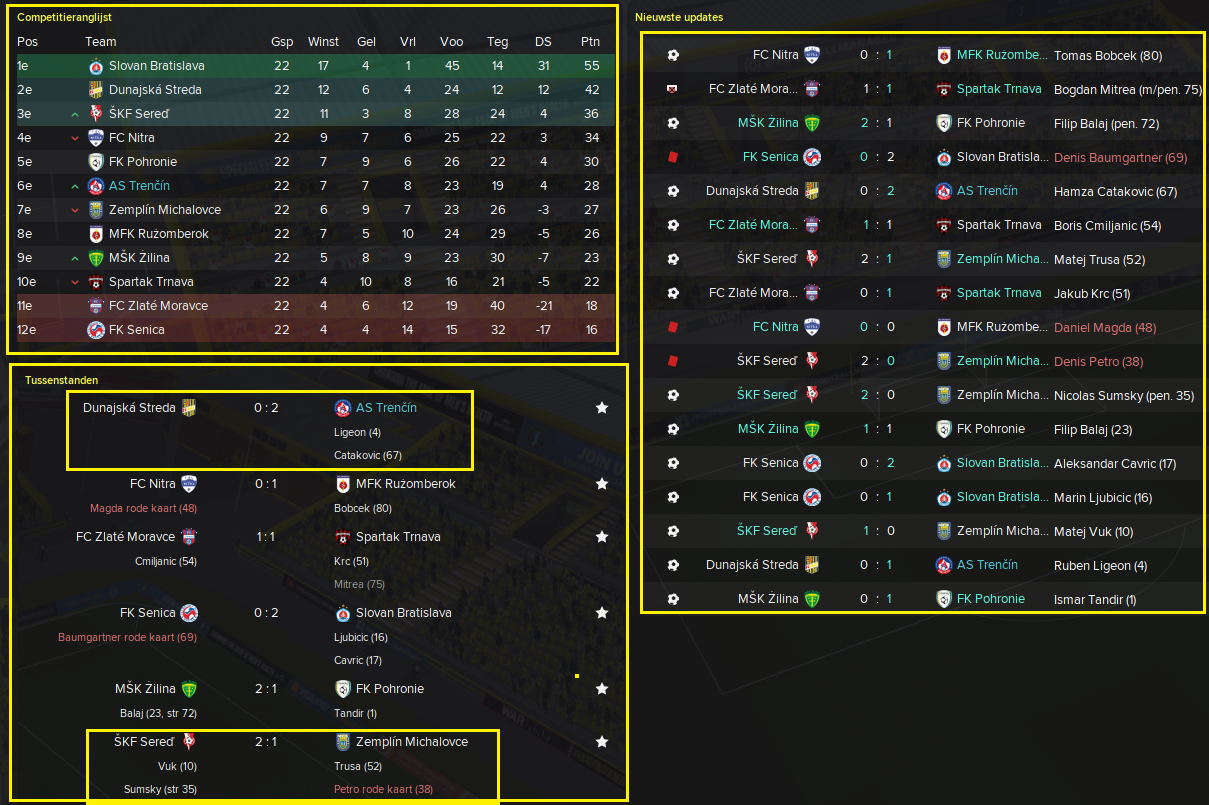 We're doing very bad at this Play-Off, lot of teams who are still in the race for some EL-tickets. It's difficult to get the team in one position and meanwhile there's still no talk for an extension of Robin his contract. What will the future bring?

All: Thanks for following again all, really appreciate your comments!
ScottT: Yes, in real life they're in a struggle too.
TheLFCFan: Indeed we're climbing up a lot now and as you can see the next game will probably decide for the 6th place.
Jack: Thanks for following mate!
Griffo: Yeah if he wasn't that old I would try to buy him at my current club.
Zed: Yes I remember that game, I saw that the striker who made a hattrick (Antonio Mance) that plays now for NK Osijek.
Login to Quote 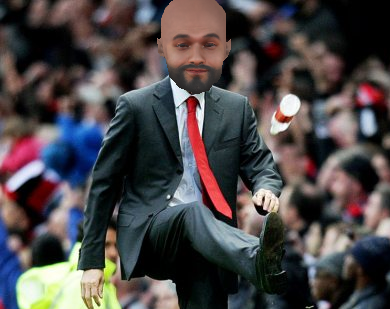 Trenčín - AS Trenčín and manager Robin De Tremmerie have decided to not extend the contract. Robin will leave the club at 30th of June. The main reason was that the lack of support for the Belgian-Mexican manager. His last games in the Play-Offs 1 / 21 pts weren't helping either for an extend stay.

Robin told Šport-news that the players never supported him. Robin was sad that nobody recognizes his success of bringing the club out of relegation zone and even brought the club in the Champion Play-offs. De Tremmerie to stayed 205 days at the club, was in lead for 18 games winning 6 and losing 9 games. Although De Tremmerie was starting very well at Trenčín getting them quickly out of the relegation zone wasn't enough for a longer stay.

Both the club and De Tremmerie told this decision was taking together, De Tremmerie admit that he wasn't able to make the atmosphere better but showed he let the team back play attacking and there were some visions of the famous year of 2018.

Some sources say that clubs like Union-St.-Gilloise and HJK Helsingin, Tromsø IL, Odense B are showing interest in the 27yr-old Belgian-Mexican manager.

Interview
Jozef Polešenský : "Hi Robin, how are you? Mixed feelings with your stay at Trenčín, why did the club and you decide to not work together anymore?" (Slowak dialect interviewer)

- Robin: "The atmosphere in this group was already very bad when I came here. It's not an excuse but it's a lesson that I don't have the experience to bring the athmoshpere back on track, I don't know who can do it.
A lot of good players are leaving at the end of the season and cause of the financial problems there were less options for new players that got the same level." (Mexican/Dutch dialect)

Jozef Polešenský : "Are you planning to stay at Slovensko or what is your plan now?"

- Robin: "Every club in the world (40playable countries, 50 leagues) can contact me. I prefer to stay in Europe but I defen talk if a nice project outside EU comes up, I had a nice stay in Thailand."

Jozef Polešenský : "Do you still follow your ex-club? Don't you feel you left them to soon (only one year)?"

- Robin: "I sometimes follow the games on Internet but It's difficult to see a Thai game in Slovensko for sure! I heard Port FC is currently on the 4th place (16 games) and at the group stage of the AFC CL they finished at the bottom with 4pts. My plan was to come back to Europe again and I'm very grateful for the chance that Port FC gave me.
But I chosed for the project in Trenčín, mainly cause the owner of the club was very ambitious, it was helping that he was Dutch. He's also half Chinese and told me he followed all the Asian competitions and was impressed by the first title for Port FC (penalty that went around the world) in my first year as a coach. Dutch players like Koolwijk and Ligeon that decided to leave at the end of the season were crucial for the atmosphere. "

ScottT
4 months
A pretty short spell. Looking forward to the next step in Robin's career.
Login to Quote 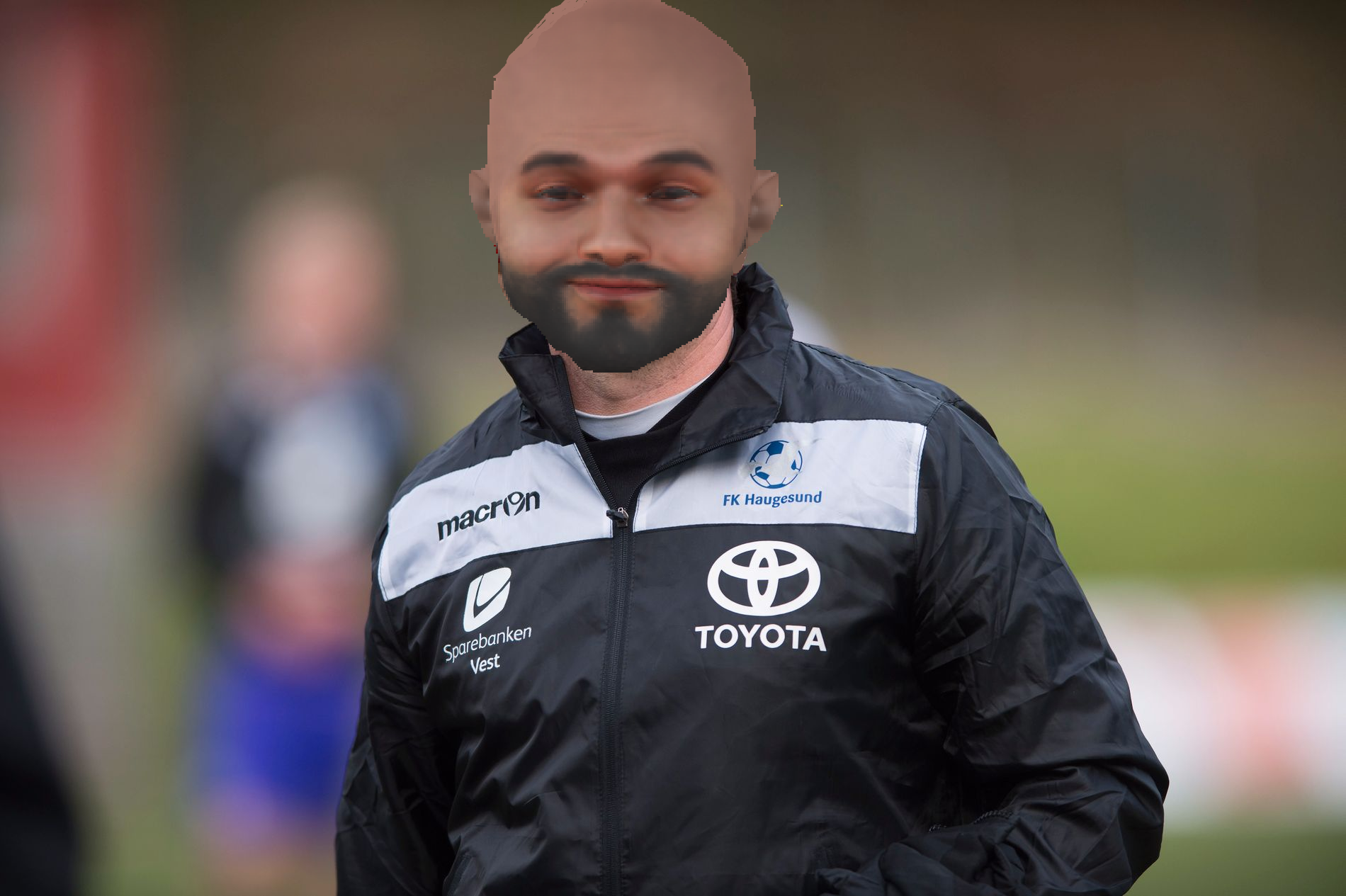 Haugesund - FK Haugesund has signed the young Belgian manager Robin De Tremmerie, the manager is unknown for the big public, but he's known for his attacking tactics. Haugesund is currently 12th in the Eliteserien after 12 games.


FK Haugesund will take a risk with a manager who is only been a manager for 1,5 years. De Tremmerie who is 26 years old won the championship in Thailand in his first year as manager. De Tremmerie his last club was AS Trenčín, where Robin left a month earlier thane expected for the Haugesund project, after the club and Robin decided not to extend the 1yr-contract.

De Tremmerie signs a 1,5 year contract with the South-eastern club in Norway. 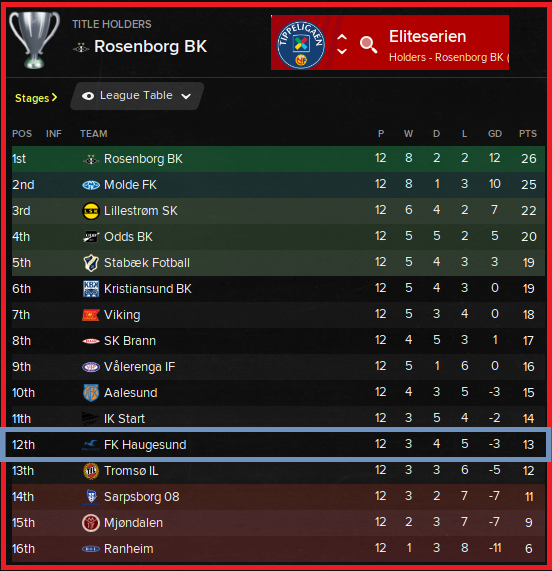 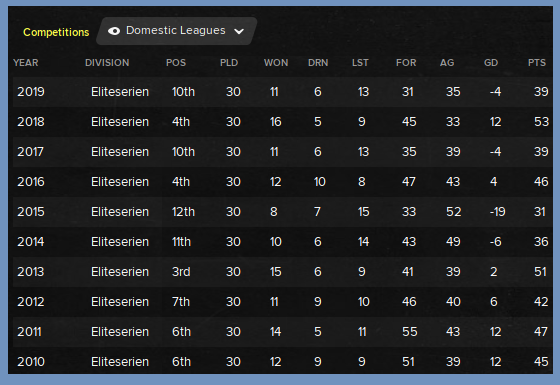 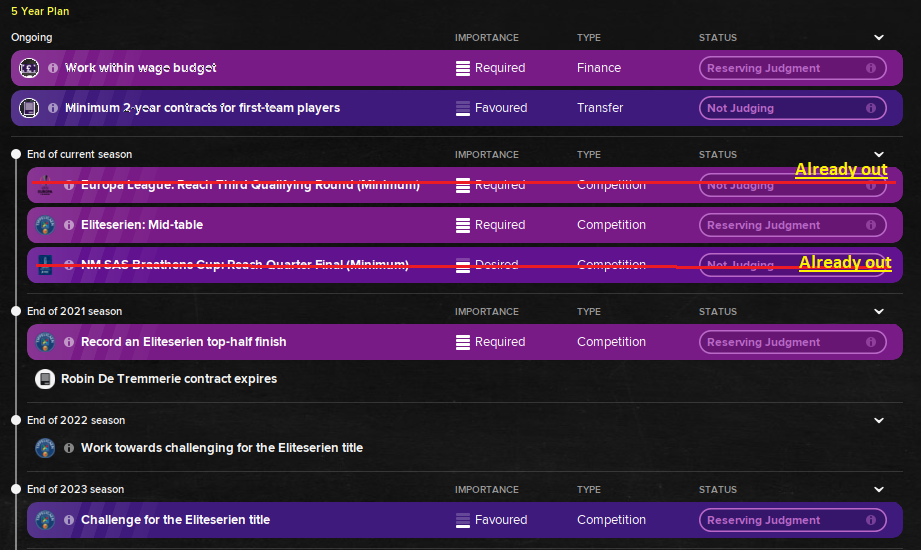 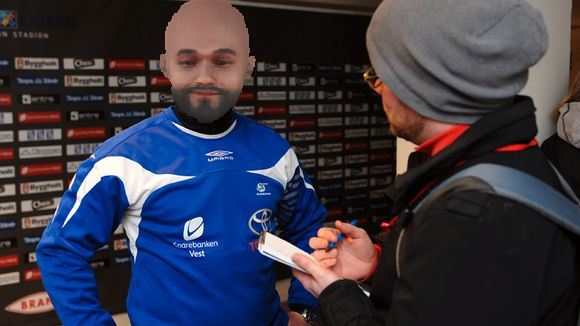 John Johnssen: "Hello Robin, how are you my friend? Velkommen til Norge! Already your 3rd club in 1,5 years, it seems like you don't find your way at a club?"

- Robin De Tremmerie: "Hi John, I'm very happy to be here in Norway. It's true that my history was a bit hectic but I fully believe I found a steady place here in Norway, I've got a very good feeling here."

John Johnssen: "What's the plan for this season?"

- Robin De Tremmerie: "When I'll see how the players react to my tactic we'll have a better view of what we can expect." 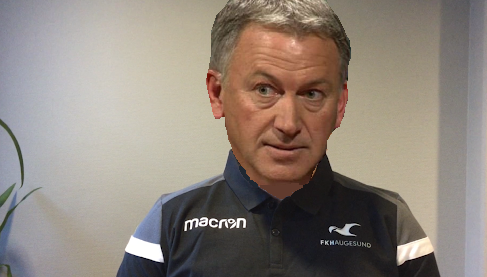 J_ames
4 months
After a couple of years of moving around, hopefully Robin can settle down and leave an imprint on a club. Have never played in Norway before, but Ikshan Fandi is there irl and supposed to be doing quite well at Raufoss IL. I think he's agreed a move to IK Start, but they have to wait for the league to resume before it can all be completely.

Anyway! Good luck in Norway, I hope it goes well for you

Jack
4 months
I hope you enjoy your time in Scandinavia as much as I did! Great saves.
1
Login to Quote

TheLFCFan
4 months
You really seem to have struggled to stay put and given the chance to build something in this career. I hope this is the place and club who give you that opportunity. The club is in a better place than Port were so hopefully relegation isn't even a threat in a few games time.
1
Login to Quote 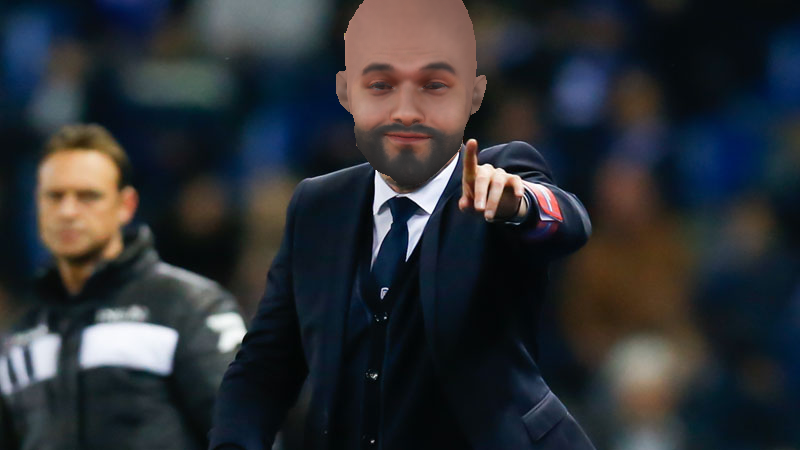 
In the first division of Norway, new manager of Haugesund, Robin De Tremmerie started with a 0 - 1 win on the field of Tromsø Il. Chances (shots; 6-21) and a lot of ball possession (37-63) showed that this was a deserved win.

Robin told Norway Sports that he was happy about the performance: "Even though I'm only 3 days here this team played exactly how I wanted. Some players still need some adjustment but to be honest I didn't thought they picked up that quickly." 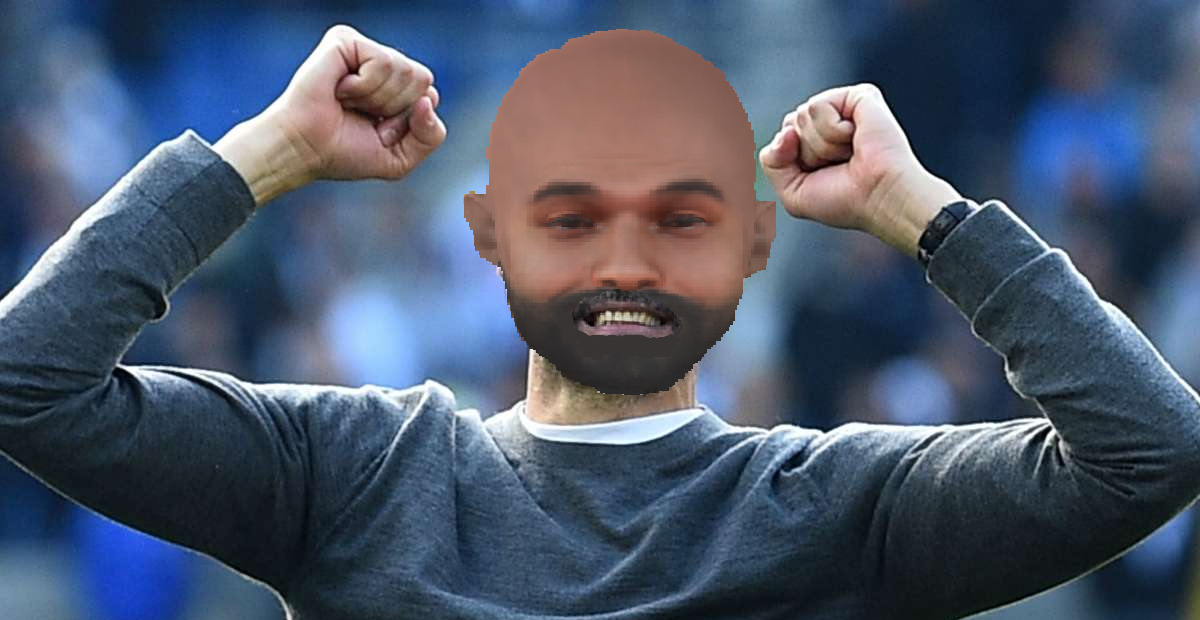 FK Haugesund draws against Viking in a goal-party


FK Haugesund drawed in a very nice game for every neutral fantheir second game. We saw some mentality problems at Haugesund, they started slow and rested after they took the lead, lot of work for De Tremmerie. Viking who were on a 26/30 run (8w,2d,0l), extend their unbeaten record.

De Tremmerie wasn't happy how his team started the game, lot of chances for the away-team and a logic 0 - 1 lead in the 22nd minute. Robin became very furious and after half time his man finally start showing some effort with a quick 1 - 1 and after 10 minutes Haugesund scored the 2 - 1. The men of FKH became to euphoric and Veton Berisha made the 2 - 2 after some faults in FKH's deffence.

At the end of the game Viking scored from a corner and just before extra time Shuaibu Ibrahim saved Haugesund from a first loss under their new manager, 3 - 3 end result. 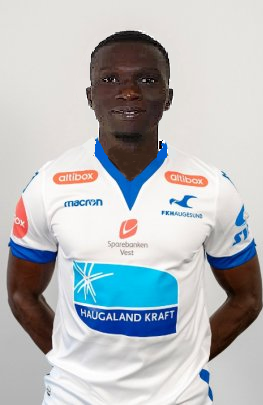 First signing of the year
Modibo Sidibé is the first signing of Robin De Tremmerie for FK Haugesund. He comes over for free after his contract ended at 30/6/2020 at Zemplin Michalovce in Slovakia. De Tremmerie told the media that he was interested after he played with Trencin against Michalovce, Sidibe scored a nice header and showed a lot of work rate.

James: Yeah very weird at the moment with all these leagues being shut down, wonder how they're gonna take it back up again. I wonder how a lot of clubs will react (financially) to this situation. I wonder how many injured players there'll be, normally everyone should be fit.
Jack:Yeah all the saves I did before in Scandinavia were always very pleasant, hopefully we can make something nice of this journey.
TheLFCFan: Indeed, it was a long search but I finally found a steady club, the first game was very promising but now the 3-3 draw home wasn't very good but Viking is on a 26/33 run at the moment so a draw is good in our form.
Login to Quote