The radio star is alive

When I wash my dishes, I like to leave the radio on. You know, so I don't feel like I'm wasting my time: at the same time that I wash the dishes, I am informed of the recent news. From the radio, I learned about a contest that changed my life. And as soon as I listened to these words, I knew that my life was about to change. 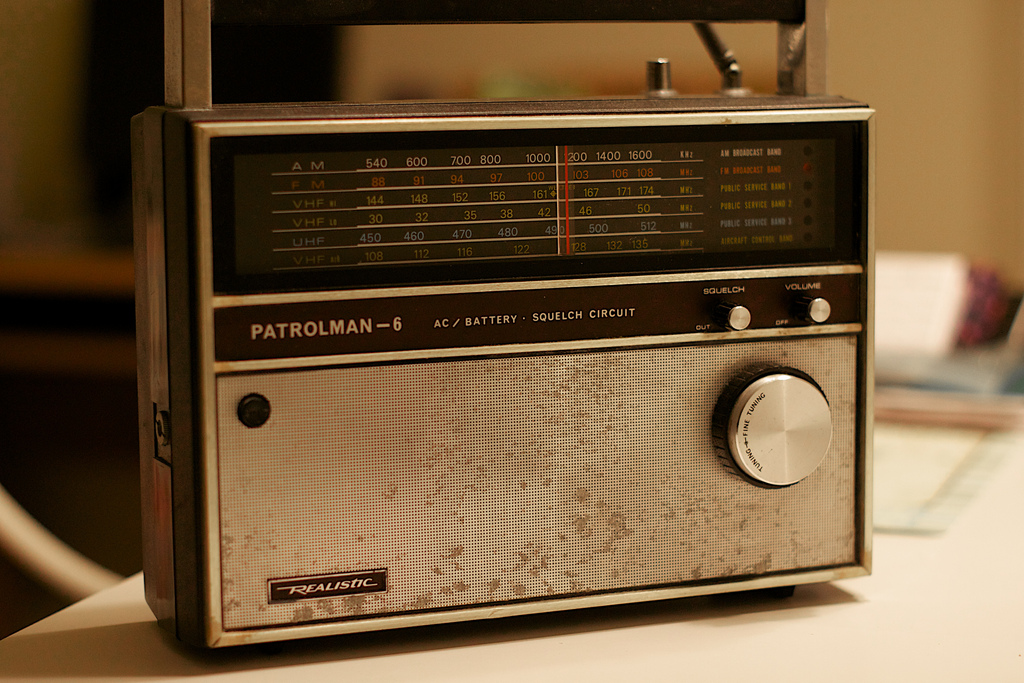 Maaaaaan, that is a hell of a motorcycle! I was already making plans for this motorcycle: sell the house, leave everything behind me, and ride to Patagonia. I've heard a lot of people saying that they loved the experience to leave everything that ties them to this world and ride straight to the Land of Fire to watch the reproduction of the whales, making a lot of friends and gathering life-changing knowledge on the way there.

So I did it: I wrote in a three-paragraph letter why Pop Rock FM was the best radio in the city and sent it to the indicated address. "Baby, that ride has to be mine!", I thought.

In the given day, I sat anxiously by the radio and my body went shivers with the announcement:

- [...] won the third prize! A course of his choice with cursosalpha.com.br!

Oh, come on! I left my feelings in that letter! Not real ones, to be honest. But what could I do? They are not the best radio in the city! I can only lie so far. But I wrote a heck of a letter! I should at least have won the PlayStation...

I was so disappointed I could never imagine that this contest would, indeed, change my life. But in another sense. The only course that brought my attention was the partnership they had with CBF, the Brazilian Football Confederation, that was originated through a CBF program to scout new trainers in the heartland. So I packed my stuff and went straight to Rio. When I graduated in License C, I felt it. That's it, that's what I want to do. Be a football coach or even a manager? Nope. I just felt like taking the classes. Staying in Rio, living the good life with the rest of my savings, making new friends, and then getting back to teaching PE. But not there. Here. So I took License B. And A.

When I got License A, I was already running out of money, so I had to get back to work. Instead, I took a loan and started a Conmebol course. Fortunately, they had classes in Rio as well, so I got to stay a bit longer. 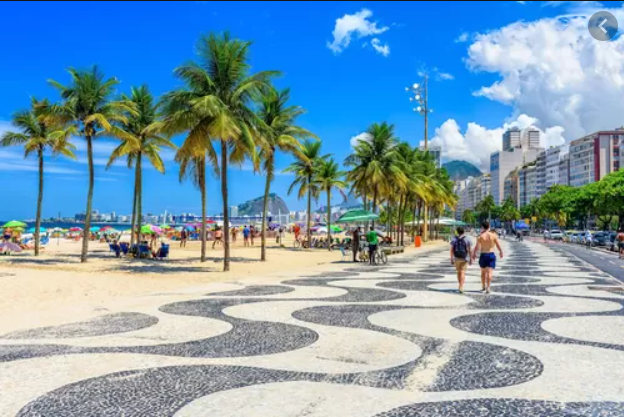 Towards the end of the Continental B License, however, I got slapped by reality. I was critically running out of money. My name was dirty with the credit score agencies, as I missed out on two monthly payments of the loan I took, as well as one rent, and an electricity bill.

The Rio dream was over.

I started sending out my cv to a lot of clubs around the country. If you had no manager, I probably sent you my cv. I hope one of them will answer me soon...

@TheLFCFan well, for sure it opened doors

@ScottT not my problem anymore!

@Jack at least he can keep a roof over his head, at least for now...
Login to Quote

Jack
1 year
On the upside, Yashin seems to have finally found his calling in life but has nearly bankrupted himself. Something needs to shove in his direction to give him some hope that this was not all done in vain.
Login to Quote

ScottT
1 year
Hopefully one of those clubs will take a chance of him. It would be a massive gamble but everyone has to start somewhere after all.
Login to Quote

TheLFCFan
1 year
Might not have won that competition due to his lack of passion for the radio station but perhaps it could have led to Yashin finding a new life passion in management!
Login to Quote

After sending out my resumé abroad, anxiety was killing me. Some teams in Paraguay and Bolivia were missing a manager, so I made myself available, and not even they bothered to give me an answer. I tried then some minor Brazilian teams, trying to profit from the beginning of the state championships, but most of them replied to me that I took so many courses, so my salary wouldn't be fitting their budgets.

And then I got two emails from China.

At first, I didn't want to work in China. Well, it's too far from here and I don't know a thing about the language, the culture, not even that there is more than one there. But with time running out and money wearing thin, I reviewed my considerations and took the interviews.

Aerial shot of the city of São Luís

A club from the land of my father had an open position. I put my heart into this application. Not only because it's sensitive to me, as it reminds me of my family, my roots; I also needed the damn job and didn't want to go to China.

Within six days, I was flying to Maranhão to sign the contract. Usually, fans are not very receptive to unknown rookies, but recent events in Brazilian football gave people the impression that good is new, old is bad, so they took it rather ok-ish. That was it. I had signed for Sampaio Corrêa. Sampaio Corrêa plays in the Série C of the Brazilian system and will be further presented in the next episode.

@Jack it's been a bumpy ride so far, but it tends to settle now

@ScottT fortunately, he's found a place not that bad

@TheLFCFan It's like they say: if you work on something you love, you'll never love anything ever again! Or something like that
Login to Quote

ScottT
1 year
Looking forward to getting to learn more about the club. I know absolutely nothing.
Login to Quote

TheLFCFan
1 year
Congrats on the new job. Best of luck with it..
Login to Quote

Fans of the Bolívia Querida celebrate the promotion to Série B in 2013. Ph: O Estado / Unaccredited


Just a couple of miles south of the Equator lies the beautiful city of São Luís, the capital of the state of Maranhão, and one of the northernmost bits of the Northeast region. Inhabitants of this region tend to be particularly amorous with their communities, and because of that, the city of São Luís has plenty of nicknames: The Island of Love, Brazilian Jamaica, Brazilian Athens, Magnetic Island, Beautiful Island, Rebellious Island, and many others.

The city is estimated to have a population of 1,1 million people, the fourth most populous city in the Northeast region, behind Salvador, Fortaleza, and Recife, and being a couple of people over the city of Maceió. Poverty is still a problem, and now a growing problem in the city, but no one likes to attach the image of their city to that.

São Luís is a city rich in culture and history. Before independence, São Luís has been under control not only of the Portuguese but also the French and the Dutch. Today, the city has a strong afro cultural scene and their fondness for reggae has given the city the title of Brazilian Jamaica.


Founded in 1923, Sampaio Corrêa Futebol Clube is not a well-known club outside Brazil, despite being by far the biggest club of Maranhão. In Brazil, the club is known nationwide due to the amicability of the institution and their unusual colors, being an equal balance of yellow, red, and green. The resemblance of the colors of the club with the Bolivian flag gave the club the nickname of "Bolívia Querida", or "Beloved Bolivia" in a free translation. No one can tell the club's dominant color, but the home jersey is one of the most beautiful pieces of cloth in the sport.

In this story, Sampaio lies at the Série C of the Brazilian system, being relegated from Série B in 2018. The club is currently playing three competitions, which I will explain for what they stand, what they mean for Sampaio Corrêa, and the expectations of the club.


Yashin has been hired some months into the 2020 season. The expectations are:

Campeonato Maranhense: the expectation is to clinch the title, but the board won't cry too much for anything else. As they play in Série B, Imperatriz are the favorites. The group stage is over and we ended first. The image attached to the link may contain spoilers to which I don't really care about, as this competition is not important.

Copa do Nordeste: the expectation is not to suffer a sheer humiliation, but the team was not doing bad having chances to qualify with one game short of the end of the group stage. Unfortunately, I forgot to print it.

Brasileirão Série C: we are expected to be the 12th strongest team, which is absurd. We can do much better than this with the squad we have.

Copa do Brasil: unfortunately, the imbecile that managed Sampaio Corrêa before me managed to get knocked out of the cup before I arrived. It is a bummer because the Copa do Brasil, differently of the cups anywhere else, is highly valuable, and its winning prize is more than 50% bigger than the winning prize of the league. Clubs knocked out in the first round got BRL 919 thousand. If you make it into the 5th round, when the clubs in Copa Libertadores join the contention, you get a total of BRL 7,7 million. In sum, we lost our biggest potential source of revenue even before we got here.


Out of the players in our squad, four of them jump to the eye:

Andrey, 26: our goal-keeper has stats good enough for a reasonable Série B team, being by far our most valuable asset. Unfortunately, we are at a level that doesn't allow us that much transfer revenue.

Luan Ferreira, 24: our incisive open right-winger has decent attributes for the division, being capable of creating chances or scoring himself.

Roney, 28: his attributes are not impressive for an inside left-winger, but he has that special something to score goals.

Thiago Santos, 29: the physical striker has goals running in his bloodveins and is nearing the slaughter age for the Asian market.

@TheLFCFan thanks m8
Login to Quote

ScottT
1 year
Thanks for blessing me with some valuable knowledge!

I absolutely love the club colours. A very bright and eye-catching design!
Login to Quote

TheLFCFan
1 year
A shame to see you have lost the chance of a massive income due to previous managers results. A very informative update that I am glad to see and now understand how the system works in Brazil.
Login to Quote