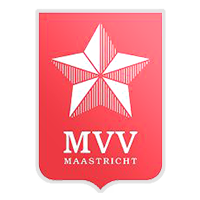 
Fc Eindhoven 1-2 MVV
As the season starts on the 9th of August, MVV plays her first away game at Fc Eindhoven. As a draw was expected MVV stunned the crowd by dominating the game scoring twice, van den Hurk with a header from a Thijmen Goppel cross, and Thibaut van Acker with a header from a Florian Makhedjouf free-kick. The first and only chance of Fc Eindhoven came in minute 93 in which Oosterwijk determined the final score at 1-2.

MVV 3-1 Almere City Fc
The first home game of MVV started really well with a 23rd-minute Florian Makhedjouf goal from outside the box. An even game with minor scoring opportunities for both sides follows until Thijmen Goppel entered the field as substitute. A low cross from Marnick Vermijl was converted by Goppel from the 6 meters box in minute 81. Almere responded quickly as Ricardo Kip scored an absolute screamer from 25 meters in the 84th minute. Six nerve-recking minutes in front of the MVV goal followed, but a counter initiated by van den Hurk was again converted by Goppel, which resulted in the final score of 3-1.

MVV 1-0 Jong Utrecht
A lackluster game from both sides in which Utrecht defended for 90 minutes and MVV constantly failed to breach the defensive lines. Only a 32nd-minute freekick from Makhedjouf resulted in a header goal by van Acker.

Go Ahead Eagles 2-2 MVV
In contrast with the Jong Utrecht game, Go Ahead Eagles - MVV showed two football minded teams who came to entertain the fans. A couple of good opportunities were created by both sides, which finally resulted in a 1-0 Go Ahead goal from Ngombo, who converted a simple 1 on 1 after Vicento dribbled passed two MVV defenders. Almost instantly after halftime, Xiscu Martinez equalized the score with an easy tap in after a pass of Jerome Deom. After ten minutes in the second half, MVV took the lead in the match. Van den Hurk stole to ball from Donny van Iperen which resulted in a 20-meter sprint and a bottom left corner goal from van den Hurk. The final score was decided after Keven Malget was penalized for tripping Bannink in the 16-meter box. Jeroen Veldmate scored the penalty in the 82 minute resulting in the final score of 2-2.

FC Den Bosch 0-2 MVV
The second time MVV visited Noord-Brabant this year, and the second game in which she dominated. Xiscu Martinez scored twice on the assists of Bossaerts and Goppel. MVV missed a vast amount of opportunities to score more than twice, which was the only blemish on a good game.

MVV 2-0 Cambuur Leeuwarden
Number one against number two, on paper a real titans clash, but in execution a fairly simple win for MVV. Deom converted an easily given penalty in the 21st and six minutes later Goppel scored his 3rd of the season after a quick counter. These two goals were 2 of the 8 clear cut chances MVV had compared to Cambuur's disappointing one.

TOP Oss 0-4 MVV
Contrary to the score, this game was fairly even. The big and decisive difference between the two was that MVV much more clinical in front of the goal than TOP. A freekick from Makhedjouf in the 34th minute resulted in a Bossaerts header, 1-0. Only three minutes later an identical goal fro a Makhedjouf freekick was again scored by Bossaerts with a header. Poor defensive display from van der Weg resulted in a pressed capture of the ball by van den Hurk who knew what to do, 3-0. Only two minutes after the break, MVV scored again from a Makhedjouf freekick who crossed the ball to Kevin Malget for his first MVV goal.

MVV 6-2 Jong Ajax.
A quick Vermijl goal was scored when Frei was passed by Vermijl who score a right bottom corner goal. A Jurgen Ekkelenkamp header from a Karahasanovic free-kick equalized the score. A Makhedjouf free-kick was converted by a van Acker header. in the 38th minute, Joeri Schroyen crossed the ball from the back-line to Xiscu Martinez for the 3-1. Another back-line cross from Schroyen resulted in this time in a Goppel header goal. One minute later, from the kickoff, Jong Ajax showed some ajax style and scored with passing style football via Brobbey. Five minutes later another heading goal was scored by Goppel on a cross from Vermijl. The final score was decided by a long pass from van Acker which fell behind the Ajax defensive line and was easily scored 1 on 1 by Xiscu Martinez.

Jong AZ 0-6 MVV
The score in this one-sided match was opened by Makhedjouf who scored from 25 meters. A second goal was scored by Goppel on the assist of Makhedjouf. Two minutes later, in minute 40 MVV scored the 3rd goal via Goppel on a Makhedjouf assist. A Schroyen assist was converted by Vermijl in the stoppage time of the first half. Seven minutes before the final whistle MVV scored a fifth time via Makhedjouf from range again. His hattrick was completed via an 89th-minute penalty after Church fault Xiscu Martinez in the penalty box.

MVV 4-1 Fc Dordrecht
MVV could win the first period after this game, and a 30th-minute goal of van Acker from again a Makhedjouf freekick. Wehrmann's error was penalized by a penalty in the 33rd minute. Deom did not fail to convert the penalty 2-0. A Makhedjouf freekick was converted by a Bossaerts header in minute 42. Dordrecht scored one in return via Hoogesteger 3-1. But a Vermijl cross was eventually converted by Bossaerts for the final score. 4-1.

MVV 2-1 Excelsior Rotterdam.
An evenly matched game between the two clubs. The first hour was dominated by Excelsior resulting in a 60th-minute freekick goal from Rai Vloet. But, the devil is in the detail as MVV equalized via a van den Hurk header within the 6 meters box. A Vermijl cross in the 94th minute was deflected to van Acker who hit the ball perfectly from 16meters in the crossing of post and bar. 2-1, not fully deserved but we take it. 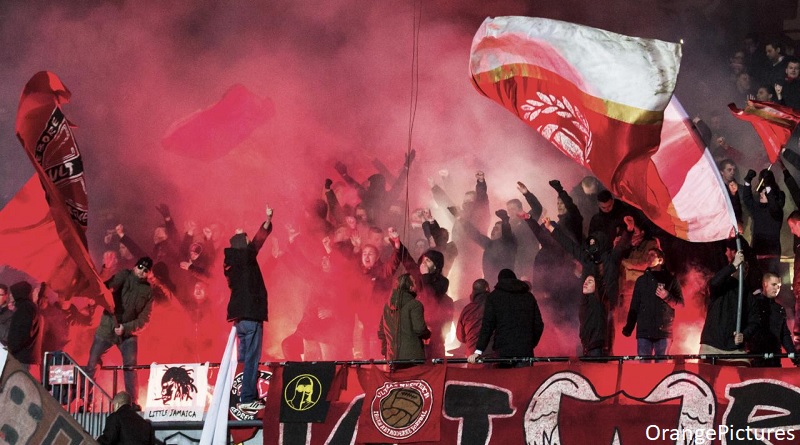 TheLFCFan
1 year
Quite the start to your career here! Absolutely dominant only dropping two points in eleven games.Also seems as though you are only getting stronger ignoring that final game which was much tighter than the previous four.
Login to Quote

J_ames
1 year
Just caught up with this. An almost tumultuous start for MVV's new investors, but it appears they made a brilliant decision to appoint Geuskens. You've made some great additions to the squad, so it's not too big of a surprise that you've made such a wonderful start to the season. Keep up the good work, and best of luck in your bid for promotion!
Login to Quote

OneMoreGame
1 year
The path to Eredivisie is clear, great stuff! What's that with first period winner getting a PL spot?
Login to Quote

You are reading "Mvv Maastricht - The South Will Rise Again".