Stam
2 years • Edited
Before we begin, you need to know some facts about this FM exploit / glitch / bug (pick any word).

Here's the video posted on July 3rd, showcasing the exploit in action.


This video got featured on some popular sites such as sportbible.com, ojogo.pt and record.pt - if you noticed a mention elsewhere, let me know. That means they also consider this glitch serious.

How does this FM exploit work?

1 - Offer a player to clubs or wait until you receive a bid for him
2 - Negotiate the bid lower so they will surely accept the bid
3 - Once they accept and the bid becomes greyed out, right click on the amount and select any value (e.g. 100M)
4 - Then click the button to accept the offer
5 - Wait until the deal is finalized

Basically, everything that has a number and not a %, it should work with.

How to make this glitch work with non-negotiable offers?

1 - If you right click (1st time) a non-negotiable offer a bit lower, you will notice that the offer changes and you can "suggest".
2 - You need to suggest a sum a bit lower than their bid, so they accept your suggestion.
3 - When it turns grey, they have accepted the offer and you can change it with a right click (2nd time), and accept it from your side as well.

One thing was wrong on the video.

This exploit tricks the check the game does versus the buying club's budget. So that does NOT matter. The original bid is checked, and accepted.

For example, Shrewsbury in League Two paying 300M for a player because the "check" against the transfer budget has already happened and the club still thinks it's paying 1.8M as that's the bid they really accepted.


However, 300M will be taken from Shrewsbury balance. And that could destroy the club's finances.

Simply negotiate a bid (e.g. 1M) to a lower number (e.g. 10K), add in every clause and main bid.
Once they accept that, then you can max out all of them.

See the screenshots below for proof. 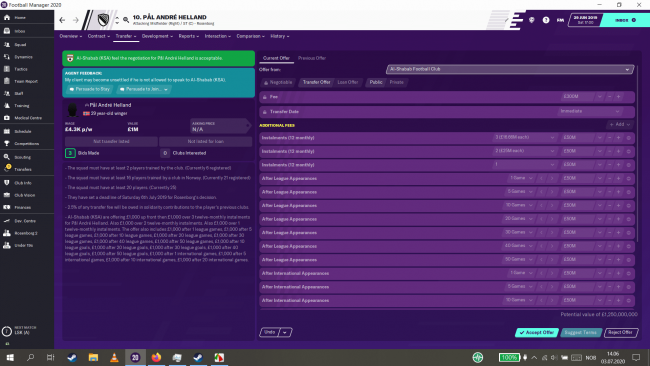 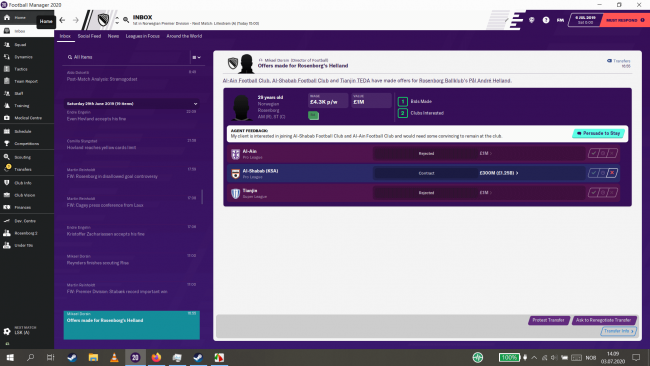 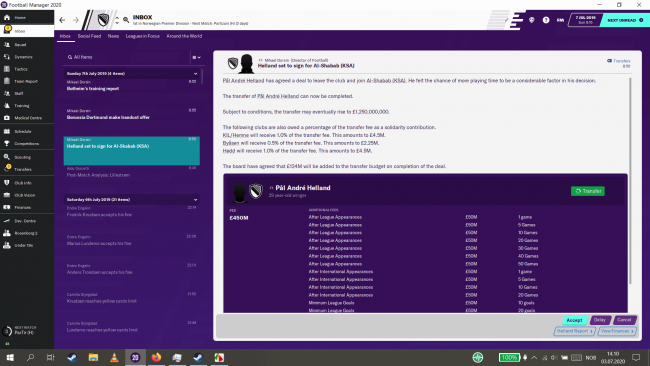 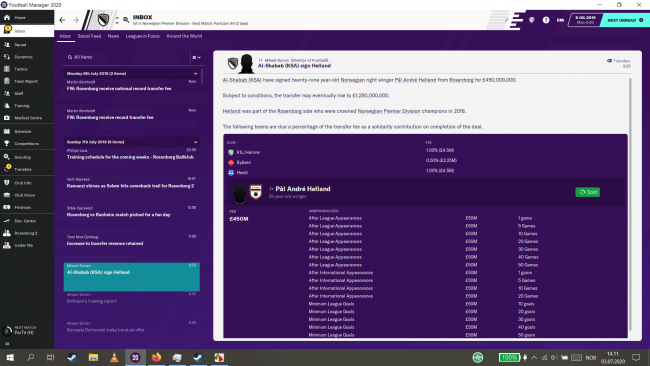 We can't stress enough this shouldn't be in the game.

Some people will argue this is just any other cheat one can do, such as using the in-game editor and injecting transfer funds to his club, or adding a new 'ghost' manager and selling deadwood players like that.

It's obviously your choice what to do with this knowledge. We really want to see this get fixed ASAP.
Login to Quote

Rober
2 years
"One exploit to rule them all, and the darkness binds them!"

Only solution, throw your computer into the lava of Mount Doom!
Login to Quote

fc.cadoni
2 years
I am waiting one for tactic.
Login to Quote

You are reading "Right Click of Doom - The FM20 glitch you shouldn't be using".