Homelander
1 year • Edited
Homelander - Back to the Future


As we're all waiting for FM 21, I've decided to do something I've never done in FM before. I took an old version of the game, simulated 12 seasons and now it's time to see how I can manage in a universe with almost nothing but regens. To make the universe more realistic, I went and added player pictures for over 800 regens. I used cut-out pics from the FM facepack so if you see a player you know, that's why. I've been preparing the save for quite some time and I hope it'll be worth it.

It's FM 2010 but were're in the year 2021. It's been 12 seasons since the last "real" game took place and everything from that point on has been simulated by the game and the football universe we're in resembles nothing close to what's going on at the moment. Before I start writing about my own career, let's take a look at what has been going on in the world of football for the past 12 years. 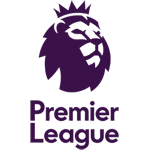 Premier League - I can't say there was much excitement in the PL over the past 12 seasons. It's all been Arsenal, Manchester United, Chelsea, and Manchester City fighting for the title. In this universe, Liverpool is still awaiting for a PL title and Manchester City have won their first title in 2020. Last time Liverpool appeared in the Champions League was in 2014 and Sheffield United which has been taken over by an Israeli tycoon has just won promotion from the Championship. Fulham plays in the League Two while Stoke and Blackburn have just been relegated to the League One. Some of the FA Cup winners in the past 12 years include Notts County, Sunderland, and QPR (twice). 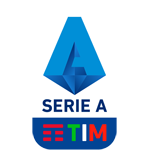 Serie A - For the past 12 years, Serie A has looked similar to its real-life counterpart. Juventes has been dominating the league, but not as much as they did in the real life. Genoa has one 2 titles and Roma, the current champion has won 2 titles as well. The last time any of the Milan-based clubs has won the league was in 2012. Palermo is the world's third richest club right after Barcelona and Real Madrid after being taken over by a tycoon from South Africa but they still don't have a Serie A title. AC Milan hasn't played in Europe for the past 5 years and they finished the current season at the 13th spot in the league. Fiorentina has just been relegated to the Serie B. No surprises in the cup with teams like Juventus and Inter winning in the past few years. 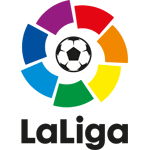 La Liga - For years, La Liga or Liga BBVA as it's called in FM 2010 has been same to what the league currently looks like – Barcelona and Real Madrid fighting for the title every year. However, the current champions as Real Zaragoza who are led by the best Spanish regen in the save (more about players later). Before Zaragoza won the league, Valencia has been holding the title for two years. Will Barcelona and Real Madric get back in the race any time soon? Most surprising cup winner is Alicante (2021 winner) even though they’re not playing either of first two levels of Spanish football. 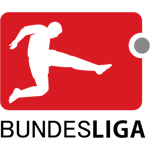 Bundesliga – Perhaps the biggest surprise in the save comes from the Bundesliga. It was 2011 when Bayern Munich last won the title and Bayer Leverkusen has been dominating the league ever since with 7 league titles. Koln and HSV are the league’s other powerhouses winning 2, and 1 league titles respectively. The last trophy Bayern got was 2019 cup title. Wehen won the cup in 2011. 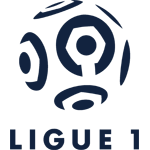 Ligue 1 – Only 3 teams have won the Ligue 1 title in the past 12 years – Lyon (7 times), Toulouse (3 times), and Marseille (2 times) with Toulouse being the current champion. PSG has only experienced success in the cup which they’ve won 3 times since the start of the save. 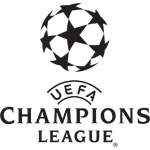 Champions League – No major surprises in the Europe’s biggest club competition. Juventus has won it 3 times and Manchester City 2 times with their first Champions League trophy arriving in 2014, 6 years before they won the Premier League for the first time. HSV, being one of the Bundesliga’s strongest team have won the trophy in 2019 while Valencia is the current champion. Other winners include: AC Milan, Manchester United, Barcelona, Real Madrid, and Chelsea. Arsenal still has no Champions League trophy despite playing in the finals twice since the beginning of the save. Fiorentina appeared in the finals just 8 years before being relegated to the Serie B. 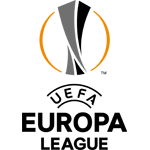 Homelander
1 year • Edited
Now that we know what has been going on in the past 12 years, it’s the perfect time to look at some of the best players in the world. I wanted to break the list down by positions but in the end, I think 4 separate sections will be more than enough.

Goalkeepers
Goalkeepers retire late which is why we still have some familiar names such as Asenjo, Akinfeev, and Lloris around. However, there are some good regen goalkeepers as well. Perhaps the best among them is Gonzalo Acosta who’s the no. 1 goalkeeper for Juventus. There are more great goalies in the Seria A with Josip Barisic of Lazio and Sebastian Vera of Inter. Funnily, the best Italian goalie doesn’t play in Seria A. His name is Marcello Romano and he’s the no. 1 goalkeeper for the French side Le Havre. Other names to keep an eye on are Juninho, Julius Bala, Czeslaw Mazur, and Andres Briceno.

Defenders
Valencia has just won the Champions League which isn’t a surprise considering their centerbacks, Ramon Alvarado and Gerrit Velden are some of the best players at the position. Barcelona’s Augustin Loustalot looks great as well and so does Evren Gur of Lazio. Other centerbacks I like include Ervin Boros, Sebastian Diaz, Killian Casanova, Ibrahim Ravn, and Mirko Matera.

The full-backs generated by the game aren’t that good. There’s some top-end talent but finding a good full-back for a weaker side could be tough. Denis Pershin of Real Madrid is guaranteed to have a great career and Chelsea’s Francesco Loseto looks great. Unhappy Jose is about leave Bayern Munich and there’s no doubt a number of teams will try to recruit him. Jaroslav Lojdl of Man City is world-class and Michael Cooke is another interested RB. Moving on to the left side, the biggest name are Plaermo’s Roman Miklashevych and Fatih Kas. Thomas Tagoe from Ajax also looks like a great prospect. Another name to mention is Leverkusen’s Kenan Altun.

Midfielders
The first name to mention is the world’s most valuable player according to the game – Real Madrid’s Jose Paredes. Then there are Guido, Miodrag Aleksic, and Jordan Holdsworth, all playing for Inter Milan. Guillermo Porcel of Lazio and Matko Pesic of HSV are some of the best wingers around and Daniel Schwarz of Bayer Leverkusen is probably the world’s most complete player at this point. Jose Ignacio Taboada is the man who’s led Zartagoza to a La Liga title and Rick Verlijsdonk has revived his career at WBA after failing to earn a first-time spot in Man Utd. Andrea Frati got relegated with Fiorentina but has already arranged a transfer to Bayern Munich in the summer transfer window. Other Midfielders to check out are Kresimir Pavic, and Matteo Brunetti (also at Inter).

Strikers
With a finishing rating of 20,Fikret Erdem of Inter Milan is the most valuable striker in the world but Koln’s Orlando Recalde isn’t too far behind. Lazio’s Souza is another interesting name to mention, and so is Ferenc Jakab of Manchester United. China and Borussia Dortmund’s Ge Tao has been one of the Bundesliga most deadliest strikers throughout much of his career and Craig McIntyre of Tottenham looks great.

Funny thing is that none of these guys have won the player of the year award yet with players like Aguero and Neymar still picking up all the awards. We’ll have to wait and see which of these regens will first be crowned player of the year.

In the next post, we’ll take a look at some of the U19 regen prospects around the world.

Feel free to comment and ask for screenshots.
Login to Quote

You are reading "Homelander - Back to the Future".