Jack
8 months
My oh my. February and April really did you dirty, even ignoring the slightly better performance in March, you still gave way to Manchester United who now look like they might extend their lead on you with those games in hand. Nothing silly in the last three games, I'm begging you

Aaron
8 months
Jack: I can't promise anything at this stage, it's all gone wrong
Login to Quote

Nerazzurri
8 months
You've done very well in a short space of time with Villa, looking forward to the next update.
Login to Quote

Aaron
8 months
SonOfAnarchy: thanks man, glad you're enjoying! Wont be long for the next one

ScottT
8 months
A pretty gutting last few months given the position you were in. It just seems the players ran out of steam or lost all their momentum following the World Cup.
Login to Quote

May - Back To The Drawing Board 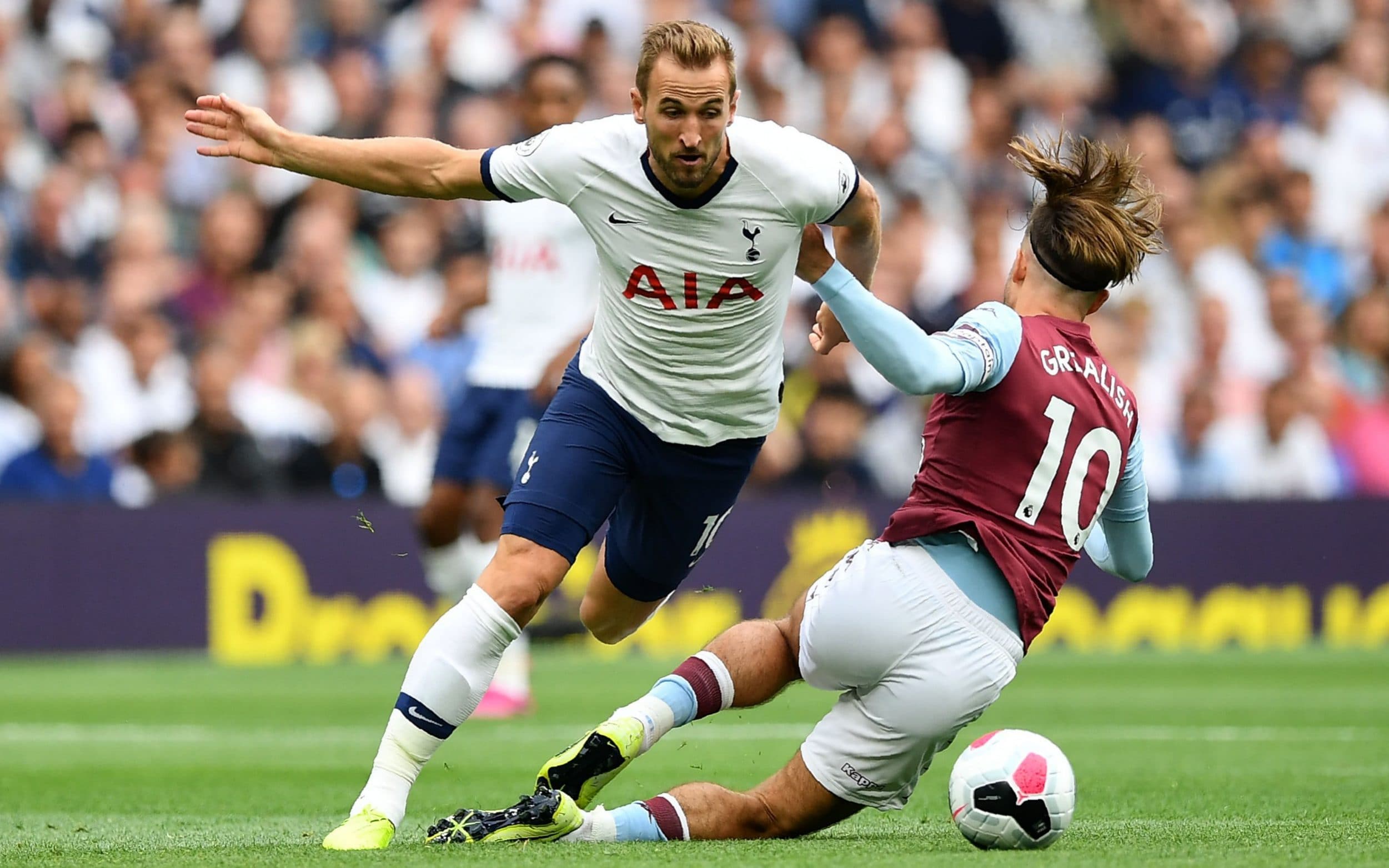 After a short break from updating and also playing this save, I've been able to refresh my brain and come back to things feeling ever more rejuvenated. After a difficult end of the season I felt I needed a small break and I've done just that. But things aren't over by a long shot.

We ended May the same way we performed throughout the second half of the season. Highly inconsistent. Out of all the games this month people would have expected us to batter Fulham seeing as they beat us in the game prior to this one and we'd be looking for revenge but we couldn't find a way past the London club to any real effect.

Once again we were second best to the cottagers and what's more, our Europa League hopes hung in the balance as a result.

Then to host the 4 time Premier League Champions. This would never be an easy tie, it's never been like that in the past so why should now be any different? The saving grace was that the Reds had very little to play for and seemingly were still quite hungover from celebrations in the days before the game.

Although we couldn't score we did manage to keep Klopp's dream team out at the other end and to me that's a success in itself. A point was enough to keep us where we needed to be with Spurs at home next.

Last year in this challenge it was Chelsea who I seemed to whip over with Norwich. This year it's Spurs. Every game we play against these boys we win and I don't know what it is about them but they're god awful. Somethings clearly not quite right at that club because they barely even put in a challenge when we play them.

Of course I'm not complaining as we seriously needed those three points. With a 2-0 win thanks to Lys Mousset, we kept our Europa League spot for another season.

In the end we finish 5 points clear of Brighton, and 10 behind Manchester City. A little more consistency could have made this a much different story. That's what I'll be hoping for next season. See you all in the coming transfer window!
Login to Quote

ScottT
7 months
At least you will be in Europe in some capacity. Let's hope for a bit more consistency next season to push you into the top four.
Login to Quote

TheLFCFan
7 months
Just caught up with you mate. Got to say that first season was incredible to go from one point to European football in a season, and to then win it last season, massive congratulations for that. As painful as missing out on the Champions League this season, it means you have an extra year to build a squad, that is already looking much better than the one you started with, to challenge on both fronts. Great job with the updates mate, keep it up!
Login to Quote

Aaron
7 months
Scott: That's the main thing really mate to stay in Europe is going to be important for this challenge and keeping finances in check!

Seb: I'm glad you enjoyed after a good binge mate! I think we've got enough about us this summer to rebuild and go again so fingers crossed we can pull up some more trees!
Login to Quote 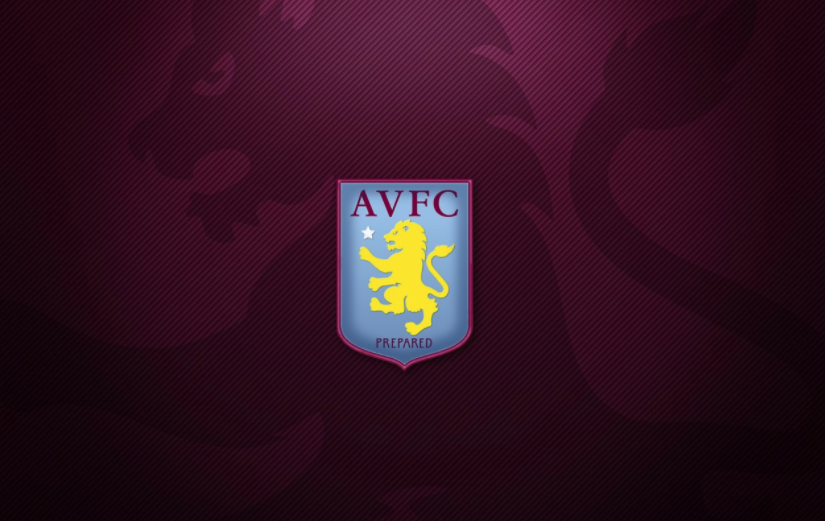 After qualifying for the Europa League in a remarkable example of bottling from ourselves in the top 4 we would be going into this summer with a few ideas in mind for recruitment and to our delight they all come in with very little expense to our team in terms of playing staff departures.

We've managed to keep hold of pretty much our whole team with just Matty Cash leaving for a fee of 10.75M to Bournemouth. A wonderful servant to us the last few years and I wanted to keep him as he's a fine young player but felt standing in the way of regular first team football for him would be wrong and so off he goes in search of that.

So as always I'll list off our incomings and we'll go through them one by one! We've spent a lot so buckle in.

To start with in comes Francis Uzoho. There isn't too much to say about this one but the Nigerian comes in as our back up to Emi Martinez who I was looking at replacing this summer but due to other positions being prioritised it just wasn't feasible so the Argentine has gained one more season at least which I'm cool with as he has been fantastic since I joined.

Then arrived Enis Bardhi. Dominik Szoboszlai's the national teammate from Barcelona for 20.5M. The winger came in as a replacement for Matty Cash. A big improvement on the Englishman for sure with the only negative being he can't play right back as well as him. The idea is though he replaces Bertrand Traore and Cash on the right wing and provides quality in depth. a good signing by all accounts.

My favourite signing of the summer was one of the cheapest. Fiete Arp from Bayern Munich for only 3.5M. I'm not quite sure how we pulled that one off but I'm very very happy with it. 23 years old with deadly finishing. The German has never really had a chance at top level so he arrives in England with a point to prove. THe idea behind this one was that Ollie Watkins last season really wasn't good enough and although Mousset filled in well - We just need another level of striker up front and I think Fiete provides us with that. A world class player, or at least soon to be.

Then arrived Max Aarons' former teammate from Norwich Jamal Lewis. Each player playing on opposing wings in the full back roles I like to think of them as Aston Villa's answer to Robertson and TAA. We had to pay a lot of money for Jamal to come in. His 33.5M pound release clause was just about the maximum I was willing to pay. A top quality signing I think.

Lastly we have BIG TOSIN. I've been keeping tabs on centre backs all season long. With the arrival of Tapsoba we were looking a lot more solid at the back and although Konsa has been very good of late I still feel like we need a different type of player at the back and that's why eventually we paid Fulham through the nose to get Tosin. He's an absolute brick shit house and I can't wait to pit him against the Leagues best. Our answer to Van Dijk.

We start the season at Bournemouth soon where we'll meet Matty Cash for the first time since his departure. A game I'm looking forward to. At Villa Park it's a match we should definitely be winning so lets hope for a good start!
Login to Quote

ScottT
7 months
Some impressive additions. Let's hope that they can fire you to the top four.
Login to Quote

JohnFrederick
7 months
Amazing stuff, This has really kept me entertained through work today and I am hooked, cant wait to read the next instalment. getting Moriba on a free transfer is insane!!!! lots of amazing young talent in your squad and with the addition of a pure sniper (Arp) and the man mountain that is Abarabioyo you are going to reaching new heights this coming season.
Login to Quote

Jack
7 months
Some great additions, but that just goes to show how ridiculous the English player price mark-up is. Still, some very good additions regardless of price!
Login to Quote

Pallepop
7 months
I love this challenge, so im doing it by my self also. I got Aston villa also (first load spurs was down ther, so i tried a new load)

I dint not get the same impressive run you did first season. Injury for Grealish for the last 10 games was a ruff one.

Hardest team we played against was Chelsea in the Quarter Finale, 2-0 in exstra time.

I use alot off focus to creat a better Defends, 2 new Left backs, 2 new Central defender.

Did also sign Dominik and Edwards, Lewis choise to go for Burnley, so i pick up Tsimikas and Cacace insted.

Wesley was a big let down, Ings was listed, choise Leicester, right now im trying to get Brenner in
Login to Quote

Aaron
7 months
John: I'm glad youve enjoyed bro much more to come yet just had a little bit of a break recently in order to keep the save interesting to myself but you can expect updates in the coming days.

Jack: It's mad bro, especially when the quality of some of these players are admittedly not a patch on some of the big 6 players. You're always up against it in the Premier League!

Pallepop: Wesley wasnt great for me to start with but he's become fantastic in the last 3 years as a target man. glad to hear you're enjoying and you've even started your own! good luck with that bro
Login to Quote

You are reading "The Sir Alex Ferguson Challenge".