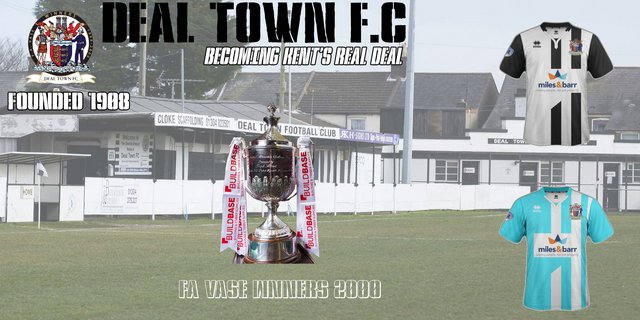 Once FA Vase winners Deal Town have been plying their trade in the Southern Counties East Premier Division which seems like forever.

Roll back twenty years and the population of Kent are buzzing, any rivalries are put aside as the players of Deal Town walk down the tunnel of Villa Park, in what was their first and only ever F.A Vase final. Chippenham Town, their opponents on that day now compete in the National League South, a whole three leagues above Deal.

The Hoops, with a following of 8,000 supporters backing their side that day saw their team edge a 1-0 win and still to the day remain the only Kent based side to win the competition which the club prides itself on massively, and rightfully so considering the quality of football played in Kent and the sides who have worked their way up the pyramid.

The Vase is the most prestigious non-league competition for any side competing in step 9 and below within the english footballing pyramid as after nine months of hard work results in a final, now placed at the home of English football - Wembley.

This fantastic win wrapped up a somewhat perfect season and completed the treble, following success in the league and the kent cup. However, the Hoops were not promoted that season as there was no promotion to the Southern League.

Since the treble winning season, the football played at Deal has been mediocre at best and have not been in contention to win the league since - mid table finishes season after season have followed with one of their highest league positions being 7th.

However, the football club as a whole is perfectly suited to play at a higher level, with facilities clubs in leagues above could only wish to have. Following a staycation visit to Kent in September, I ground-hopped Deal Town as they hosted Sheppey United, which the home side lost 3-1 but the football on show was fantastic, the game had everything even as Deal went 1-0 up but struggled with 10 men.

On the back of this; I have decided to create my own lower league management this year as Deal - with a few twists to come. I have created my own custom kits with a local kent based sponsor to add realism to the save and these will change season by season, which you can see in the original photograph.

This save will not just be an ordinary managerial save of me taking a side up a few leagues and then leaving for a new side, I will be appointing a current person as the manager of Deal Town and I will control the club as that current person.


This unfortunately sees long-serving Derek Hares step down as manager for this save. I am keeping the manager Kent based so they must have either managed or played in Kent within recent years and are currently not a manager of a football team at the moment, but can be a coach looking for their first managerial job.

Lee Minshull: A once loan player of Deal Town in 2005, Minshull only featured eight times for the Hoops but has also played for the following Kent based sides Sittingbourne, Ramsgate & Tonbridge and is currently assistant manager at Concord Rangers in the Vanarama South following a successful career within the playing side of the game, with promotion at both Newport and AFC Wimbledon into the football league, Lee’s experience would be invaluable to this side and would definitely be pivotal if the club are to get promoted.

Chris Kinnear: A Kent man through and through, Kinnear was born in Gravsend and has managed both Margate and Dover in his career winning the Southern League no less than three times; twice with Dover and once with Margate. Kinnear returned to Dover once again in 2013 and steered Dover to the National League in 2014 for the very first time winning the National League South Play-off final but left in 2018 and has since been out of the game but would be a great appointment with his knowledge and connections around Kent. Kinnear would also likely set up a partnership with Dover to receive players on loan and arrange a yearly friendly.

Liam Bellamy: The decision to appoint Liam Bellamy could be a huge gamble for the owners and directors of Deal as this would be the 29 year olds first managerial job after leaving his previous club Dagenham in 2019. The once Brentford player is an experienced midfielder and played under fellow candidate Chris Kinnear at Dover playing a crucial part on the final day of the 2013/14 scoring the decisive penalty to send the whites into the play-offs on the final day. Nonetheless, Bellamy is an experienced player and another winner within non-league. Who knows? If Kinnear is successful he may turn out for the Hoops or play a part as a coach.

Steve Brown: Previously assistant manager at Margate and has managed Ebbsfleet, struggled with a budget with the Fleet so would again be a gamble if appointed. 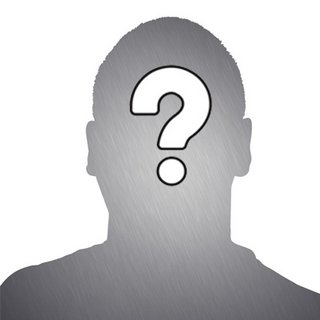 Who will manage the Hoops to glory, have your say and vote in the poll below now!

The aims and goals of the save


I am setting myself some personal targets and ambitions for the save, some which are going to be short term and easy and the more difficult long-term which will only become easier once we are an established side once these aims are complete I will set aside more aims and goals the further I get in the save.

I hope you enjoyed reading, and the next read up will be the confirmation of the manager and a few more twists and turns…
Login to Quote

ScottT
3 months
Best of luck. This looks to be an interesting save and should make for an excellent story.
Login to Quote

Miles & Barr have agreed to become the clubs first team team sponsor on both home and away kits for the upcoming season. The successful Kent based estate agency operates with 14 storefronts in the county and this shows a huge signal of intent to grow Deal Town, not only on the pitch but off the pitch too.

“We are delighted to attract such a reputable company in the name of Miles & Barr Ltd to help promote the football club with their lucrative sponsorship deal, on and off the pitch, we aim to be as well run as we possibly can be and this is a huge step in the right direction. The local community is pivotal to any non league side and even during these tough times - this is not an overnight job but we have foundations in place to improve on and off the pitch - all we need now is a manager and some players”

Miles & Barr have also agreed to cover the paying salary for the squad for the season ahead and are confident with crowds on the up season upon season that they can soon compete to be one of the best footballing sides in the area and that this will remain a profitable investment - they will be investing hundreds of pounds, not thousands, to ensure the long term stability of the club but at the same time help push them to the next level..

The community is crucial and without fans, football is nothing, the club have agreed to offer season tickets at a discounted rate to persuade more fans into watching their local club - despite average crowds of 204, the capacity is 2,000 and the sky's the limit.

KINNEAR IS A HOOP 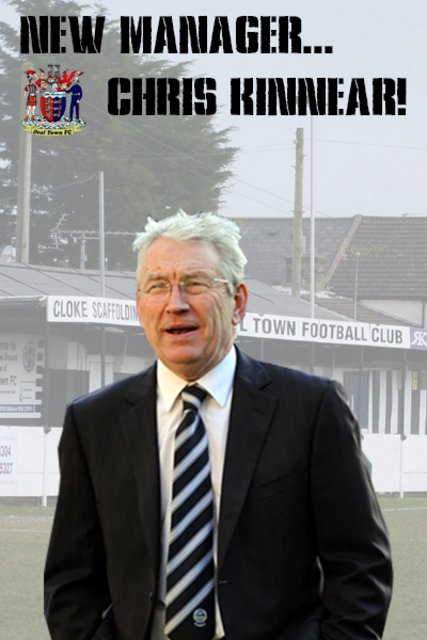 The agreement is the most lucrative in the clubs history and shows how high the bar is being raised following the above announcement.

Kinnear, who has been favourite for the job since Derek Hares stepped down from his role last week brings both a wealth of experience and knowledge to the team but will not be in for an easy journey with a whole squad rebuild ahead.

Currently, Deal Town have one registered player for next season in the name of Jack Paxman. Paxman signed for the Hoops from Ramsgate in January, he started his career with Dover alongside brother Alfie who is currently at Folkestone, both were part of the Dover squad in the National League.

Kinnear also spoke to Kent Live and expressed his delight to be back in management and promised once I've achieved what I’ve set out to do - I’m down out.

“I am delighted to arrive at Deal Town on a two year deal with an option to extend further. The challenge ahead is definitely not as easy as you’d think it is - you can look at it as a view of an ex national league manager who guided his Dover side to FA Cup R3, dropping low down they must have money and they will walk the league…

I have one player signed on for the season, yes there is plenty of time to put a team together but what players are happy to join - how many trialists will we have? How many will agree terms but leave once they are offered an extra five quid a game or a chance to play a league above.

I am not only building a team to be successful on the field I am helping to build a club for the future and to be remembered for starting this journey off. I will sign both a mixture of youth and experience to get the ball rolling. We need young talent to help the club in the right direction for potential profit and income with transfer fees, we will also look at our academy and slowly promote one or two to play when required.

I will only bring in the right calibre of player and talent into the club to kick start this and finish my career on a high - I am 66 now, I was supposed to retire at 65 - he chucked. This is my last roll of the dice and I’ve been in the game long enough to know which players do and do not suit my style of play.

There was the small gut feeling that I would be approached for this job, when I read the news on Derek [Hares]. I will now get to work and assess potential signings to help bolster the squad.”

Deal Town can finally also confirm that both of the new managers former sides have agreed to loan players if necessary to the Hoops to help bolster their rather thin side. It is likely that Chris Kinnear Jr, the son of the manager will leave current side Hythe Town and become the first signing in this complete rebuild
Login to Quote

ScottT
3 months
Some excellent news on many different fronts. Chris Kinnear is a great appointment with plenty of managerial experience and a coup for Deal. With the support of Miles & Barr financially, the club will be looking to support him where possible to bring in some quality.
Login to Quote

Jack
3 months
That desire for a team full of graduates is a great aim and I'm really excited to see you attempt that. As for the financial aspect, any income by any means at this level is going to be huge. I just hope the crowds pick up so we get a few more £££s in!
Login to Quote

TheLFCFan
2 months
Two massive pieces of news with the sponsorship deal and the manager coming in. Excited to see where this goes.
Login to Quote