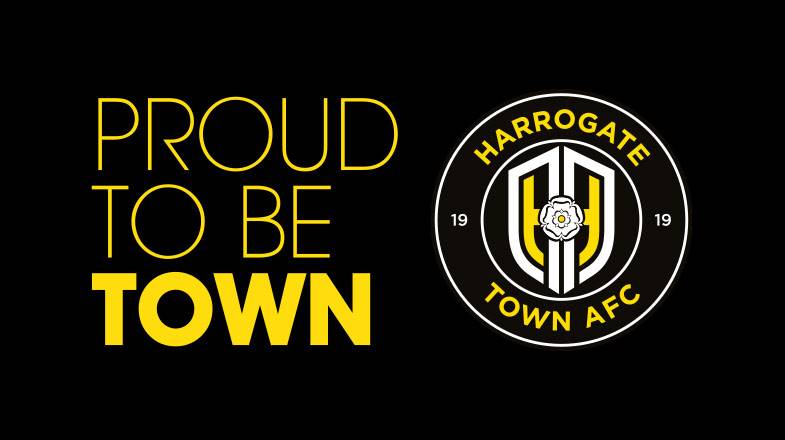 Formed in 1914, the club entered the Northern League, but were unable to compete due to the outbreak of World War I. They eventually played their first competitive fixture in the West Riding League in August 1919. They were a founding member of the Yorkshire League the following year and also entered the Midland League in 1921. They finished as Yorkshire League champions in 1926–27, but were disbanded in 1932.

Harrogate Hotspurs were founded in 1935 and changed their name to Harrogate Town after football returned at the end of World War II, joining the West Yorkshire Association League. They entered the Yorkshire League again in 1957, before becoming founder members of the Northern Counties East League in 1982 and a founding member of the Northern Premier League's First Division in 1987. They won the Northern Premier League Division One title in 2001–02 and became founder members of the Conference North in 2004. They won the National League North play-offs in 2018 and then secured a place in the Football League for the first time with victory in the 2020 National League play-off final.
Login to Quote

You are reading "Harroagte Town".