Authors Notes
So this is a different kind of story from me. I released all the players from every team in the top divisions of England, France, Italy, Spain and Germany. I also upped the rating of every European Nation and every club have been given £700m and a individual tv deal of £500m a season for 80 years. The aim is to distribute all the best players around Europe.

I will post the Champions League and Europa League club qualification pages each season also showing whos moved up the table and down the table. I will then post the Qualification matches for both tournaments and also comment on some of the teams doing well and not so well.

I will also post the leading transfers at certain times throughout the season too and comment on these. There will be chances for people to ask how certain teams are doing.

I am not counting the first season so I will announce the the winner of the Champions League was Sarajevo (this is due to the teams from England, France, Germany, Italy and Spain still being in the group stages), but even so a massive with for the Bosnian Team.
The winners of the Europa League were Armenian side Ararat-Armenia but they do have Kingsley Coman in there team.

Transfers From Season One 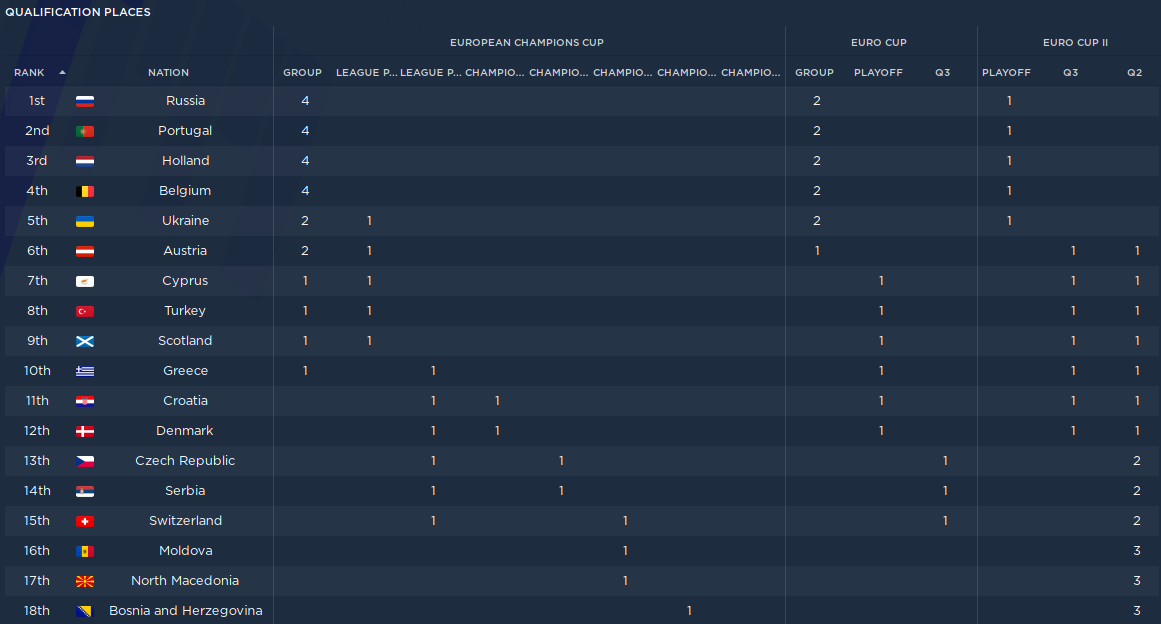 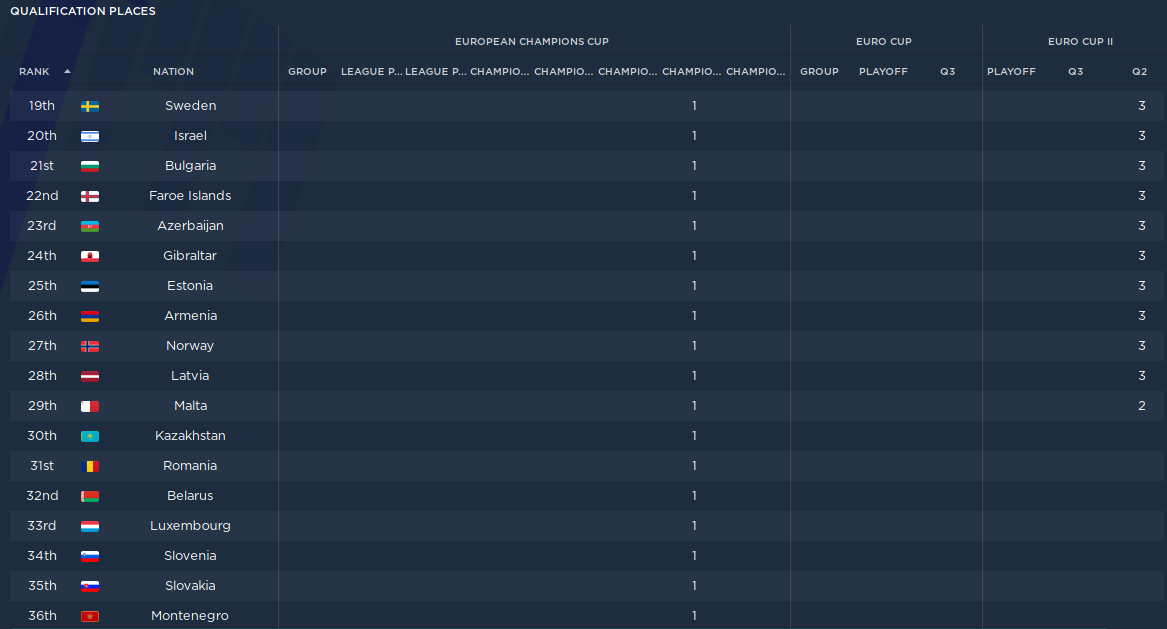 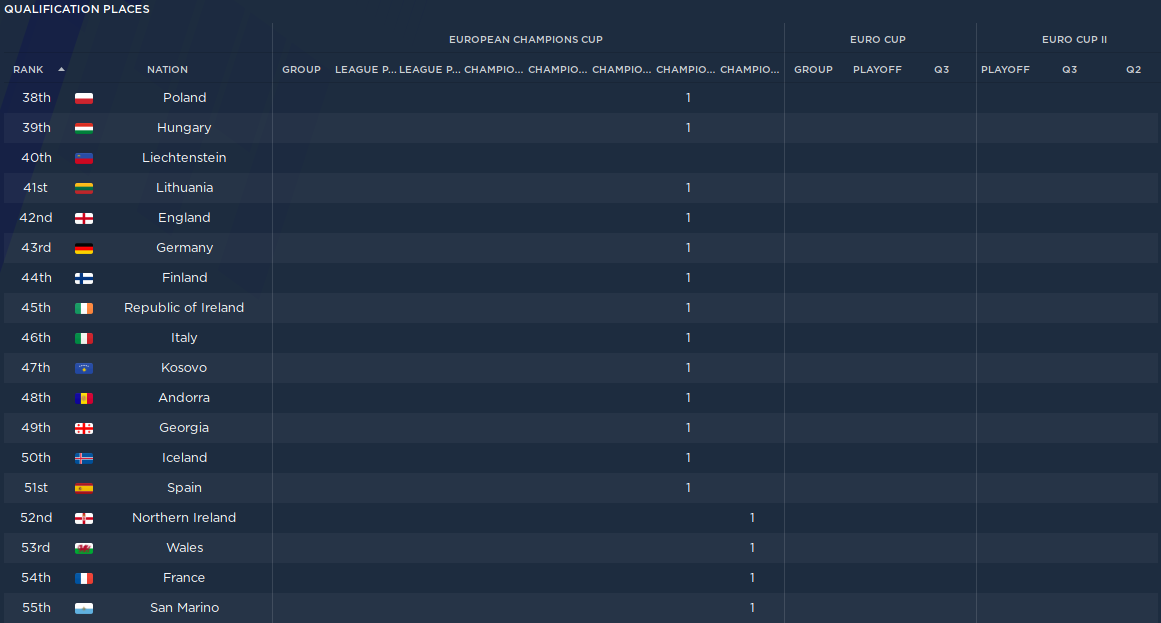 Harleygator
1 year
Do you know how/why the Champions/Europa Leagues have assigned places in that way?

Also, you should specifically spotlight the English league system, as I think many people here are probably British and would be interested in that.
Login to Quote

No1VillaFan
1 year
Harley - I disagree, I purposely took the reps down on the 5 main leagues
Login to Quote

You are reading "The Curruption Database".