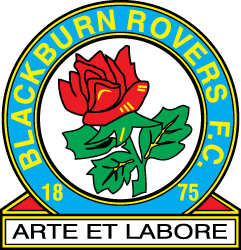 In a major coup for them, today Blackburn Rovers have announced they’ve parted company with manager Tony Mowbray, who’s been at the club for the past three years. And he’s immediately replaced by 39 year old, Karl George.

George spent his entire career at Tottenham, and will be welcomed by a familiar face in Lewis Holtby who spent a couple of seasons at Spurs with him. Since winning the Premier League under Kenny Daglish, Blackburn have fallen dramatically. Even being relegated to League One, just three years ago and bounced back at the first time of asking.

But with the Venky’s still in charge and approaching their ten year anniversary in charge, they’re hoping they’ve finally appointed the right man to appease the fans and give everyone what they crave. Promotion back to the holy grail.

George himself has high hopes and compared his appointment to that of Kenny Daglish’s back in 1991.

“I’ve got lofty ambitions. I want to do what Kenny done here. Gain promotion and win the Premier League within four years. I know it’s a monumental task, but look at Leicester, they did it. The club just needs to be united in moving forwards. The board, the players, most importantly the fans. This is a big club wasting away in the Championship. It’s time to get them back to where they belong.”
Login to Quote