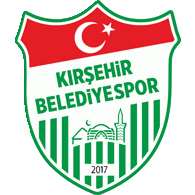 So after a few months of not knowing what to do in FM, starting and quickly deleting a number of saves, I have finally landed on a save that I hope will see me out on Fm21. Turkey is the destination as i find myself at a rather interesting little club playing in the 3rd Tier of Turkish football or the T.F.F 2 Lig Beyaz group.

Originally known as Kirsehir Koy Hitzmetlerispor, the club changed its name to Yesil Kirsehirspor in 2011 before changing its name ot the current name in 2017. The club has largely played in the Amateur leagues but in the 2017-18 season, they qualified for the play-offs getting promoted to the professional leagues for the very first time. Then in 2018-19 they managed to get promoted from the Turkish 3rd division (4th tier) to their current position in the 3rd tier where they performed admirably despite the global pandemic causing havoc with world football/

Now going into their 2nd season at this level, i have been bought in to take this club even further. Now so far it seems all rather normal, take over a small little club in Turkey and win the league / Champions league etc etc. Well there is one thing that is different about this club that made it stand out for me and that is this...

The club want to win and succeed only using Turkish players and it is hardcoded into the club that we can not buy any foreign players. Now for this level of Turkish football we are not allowed to anywaybut it certainly will make things interesting especially as the top flight in Turkey is full of foreign talent. Our facilities need building up if we are going to be able to produce our own talent on this journey. Financially the club is doing ok with £300k in the bank, a transfer budget of £30k was provided but we had no spare wage budget to do anything with.

So first things first, we did very little transfer business. I moved over the transfer budget to the wages to give me a little more room to play. A couple of youth players were sold on to free up a little bit of wages but the first and only man through the door was a loan deal. Centre half Goksu Mutlu joins on loan from Akharispor for a small monthly fee and most of his wages. He is a solid option, our only right footed option and gives me a little more balance at the heart of the defence. 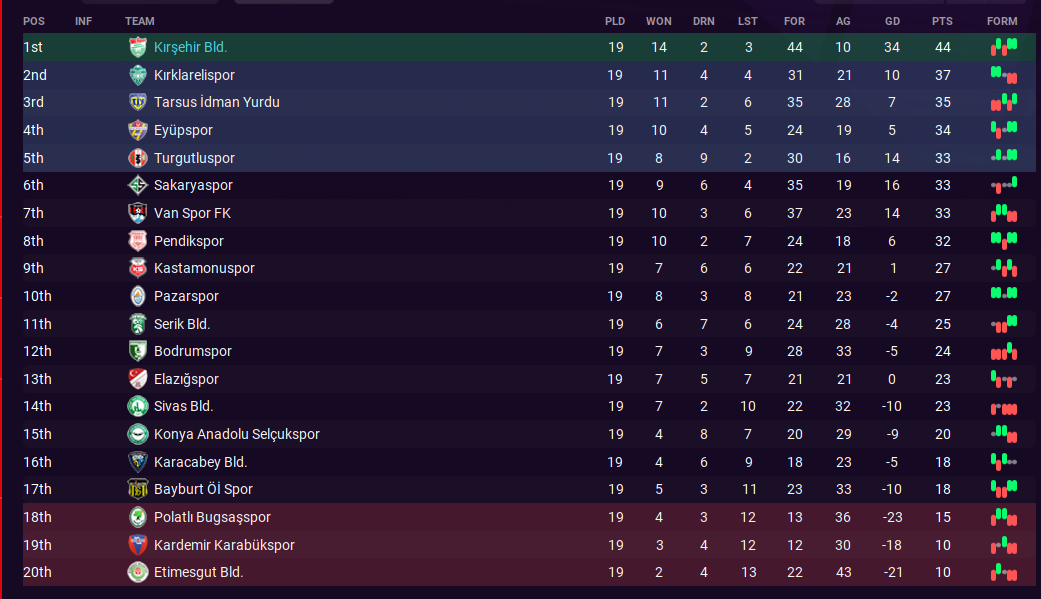 So everything is going pretty well as we have already opened up a 7 point gap at the top of the table as we have looked incredibly dominant in the league. As you will see from our results and the table we have not only had a rock solid defence with just 10 goals conceded in 19 games but we are also the leagues top scorers with 44 goals. Ahmet Karadayi has been the spearhead behind that with 20 goals in the league already. Physically he is just a beast and the amount of times I have seen him just ghost past players is scary. He is far too good for this league and it shows.

Mehmet Alaeddinoglu also needs to be called out as being a stand out player in the first half of the season.as has bagged 10 goals and 10 assists sitting as an Enganche. It is the first time i have ever played with an enganche but as you will see from his attributes, he has incredibly good technical stats but physically he doesn't have the pace to blow past people. His set piece delivery has been excellent, both on direct free kicks where he has scored 2 or 3 but also from corners which have delivered 5 goals for the team.

We also did ok in the Turkish Cup, as we entered in the 3rd round. We knocked out Elokspor of the lower leagues 2-0 before getting beaten by a team in the league above 3-0 in our only poor performance of the season.

Our success in this save, is going to have to be about our tactical ability as the transfer policy in place will heavily restrict whom we can bring in. Scouting will have to be limited to Turkey where we will try and hoover up young talent that comes through from smaller clubs. So tactically i have set us up like this 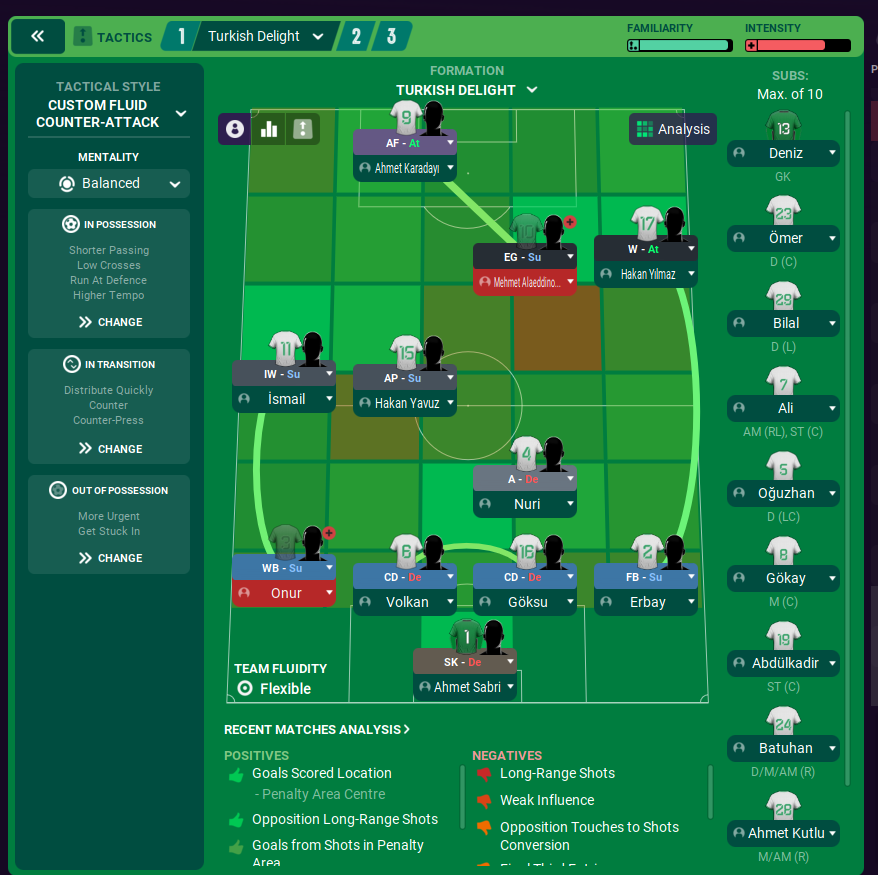 The results show that it is working and I am playing to the strengths of the team with the roles. The left hand side needs a little bit of work as neither the full back or the Inverted winger are putting in performance after performance but with Karadayi and Alaeddinoglu we stand a good shout of getting that first promotion under our belts.
Login to Quote

As the winter window opened, we added two more faces to the club both on loan from Kasimpasa to help give us a little more cover on the left hand side. Cagtay Kurukalip will be our back up left back whilst Hasan Emre Yesilyurt is another option in the problematic inverted winger slow on the left hand side.

We also sold our back up striker in a £2.5k deal as he got a little whingey playing second fiddle to Ahmet Karadayi who was clearly on top form and not going to be dropped.

So we have played 9 more games taking us to roughly 75% of the way through the season and we are still in a strong position for promotion in our first year. 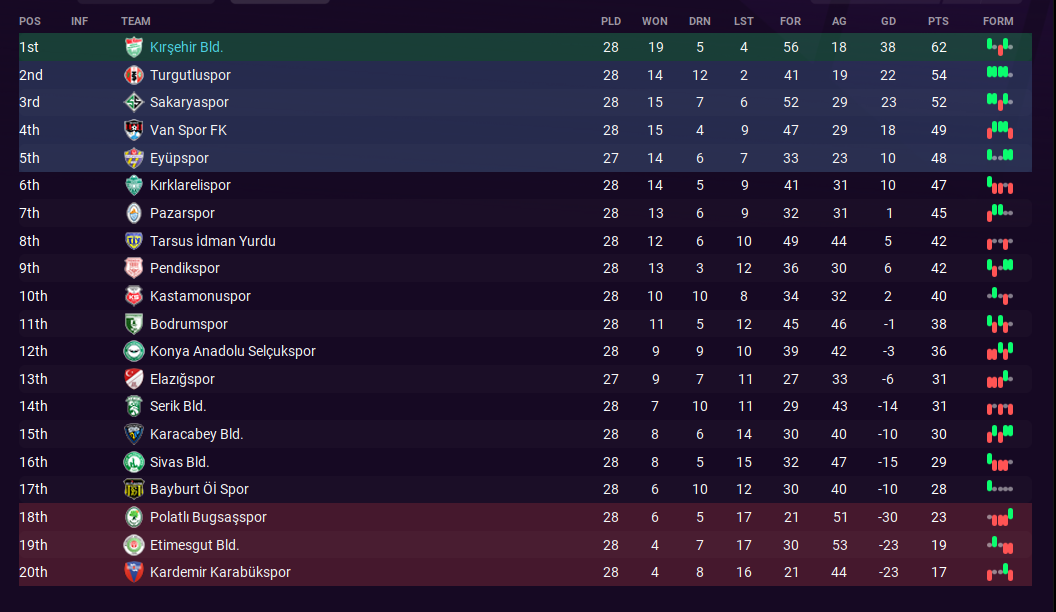 The board wanted a play-off position this season with promotion in a few years and we are definitely ahead of schedule so far. A 15 points gap over the team in 6th with just 30 to play for means we will easily make the play-offs this season and with that 8 point gap over 2nd, i would say the league title and automatic promotion is almost a given but we need to keep winning games.

The biggest concern though is the goals have started to dry up a little in the last 9 games as we scored more than once just twice in 9 games with the team really struggling to create chances and then also take them. Defensively we are still solid enough but the goals of Karadayi and Alaeddinoglu need to form once again. Karadayi in particular needs to get amongst the goals as his 3 goals in 9 games is his leanest spell of the season bar the first few games of the season. Alaeddinoglu is doing a little better picking up 2 goals and 3 assists in this period but even that is a step down from what he was doing.

You are reading "The only way is Turkey".