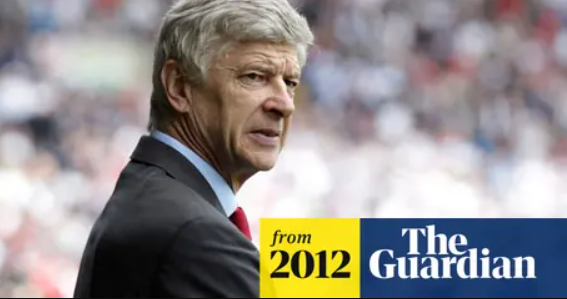 In a shocking announcement today, Arsène Wenger declared his resignation as manager of Arsenal FC. After 16 years, the Frenchman was the longest-serving and most successful in the club's history. His contribution to English football through changes to scouting, players' training, and diet regimens revitalised Arsenal and aided the globalisation of the sport in the 21st century.

Wenger's departure comes after a poor performance for Arsenal in the 2011–12 EPL season. Arsenal's UEFA Champions League campaign also proved unsuccessful, falling at the first hurdle in the knockout stage, with a 4–0 defeat at Milan ultimately proving fatal. Exiting the FA Cup at the fifth round stage at the hands of Sunderland, and the League Cup in the quarter-finals against Manchester City, the two domestic cups were also out of Arsenal's reach. 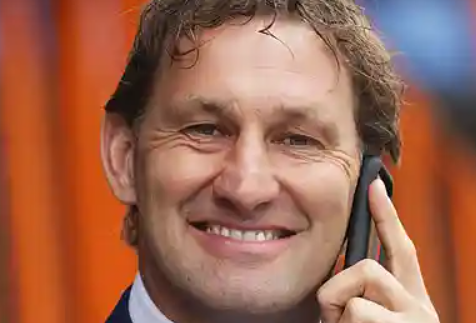 Arsenal FC have issued a statement naming Tony Adams as the club's new head coach. Adams spent his entire playing career of 19 years as a centre back at Arsenal. He is considered one of the greatest Arsenal players of all time by the club's own fans. With Arsenal, he won four top flight division titles, uniquely captaining a title-winning team in three different decades, three FA Cups, two Football League Cups, a UEFA Cup Winners' Cup, and two FA Community Shields. A statue honouring Adams was unveiled at Emirates stadium on 9 December 2011, along with statues of Thierry Henry and Herbert Chapman. He won 66 caps for England between 1987 and 2000.

Having studied as a coach at Feyenoord and Portsmouth, Adams signed a three-year contract to manage Azerbaijani club Gabala FC of the Azerbaijan Premier League. He departed as coach of Gabala on 16 November 2011, before the end of the 2011–12 season.

Nicknamed "Mr Arsenal", Adams is due for a warm reception as the new Arsenal head coach, but time will tell how successful his tenure will be.
Login to Quote

bobpalindrome
1 month
Bould out, Andy Watson in at Arsenal FC as assistant coach 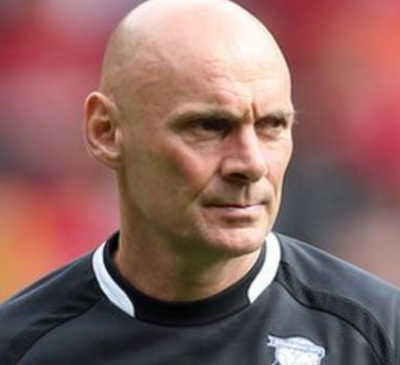 Hours after the mutual consent to the termination of Arsenal assistant coach Steve Bould, a press release issued from Kroenke Sports & Entertainment announced the hiring of Andy Watson as Tony Adams' assistant coach. During his playing career, Aberdeen-born Watson had spells at Aberdeen, Leeds United, Heart of Midlothian and Hibernian. As a coach, he has worked with clubs in Scotland and England, and has been part of the Scottish national team management setup in two separate spells.

Additionally, Arsenal have hired former scout Sandro Orandelli as their Director of Football. Orandelli worked for Arsenal between 2002 and 2012 as South American first-team head scout.

While working under Arsène Wenger, Orlandelli helped to bring Denilson, Carlos Vela, Wellington Silva and Emiliano Martinez to the Gunners.
Login to Quote

In a tidy bit of business before the closing of the transfer window, Arsenal have secured the services of Yuto Nagatomo from Inter and Iago Aspas from Celta Vigo.

Nagatomo started his professional career with FC Tokyo in 2007, quickly establishing himself as a first choice both within the team and the Japanese national team. In July 2010, Nagatomo was signed on loan by the newly promoted Serie A side Cesena, where he played the first half of the season as Cesena's starting left back. Due to his impressive performances for both Cesena and Japan in the 2011 Asian Cup, he was fully signed by Cesena in January 2011. But before making any league appearances he was sent straight out on loan to Internazionale. Nagatomo, wearing number 55, made his debut for Nerazzurri on 6 February 2011, replacing Wesley Sneijder in the Serie A match against Roma, won by Inter 5–3.

Aspas was born in Moaña, Province of Pontevedra, Galicia. Brought through the youth ranks of local club RC Celta de Vigo, he made his first-team debut in the 2007–08 season with the side in Segunda División. In the 2011–12 season, he netted a career-best 23 league goals, second-best in the competition behind UD Almería's Leonardo Ulloa as Celta returned to La Liga after a five-year absence.
Login to Quote 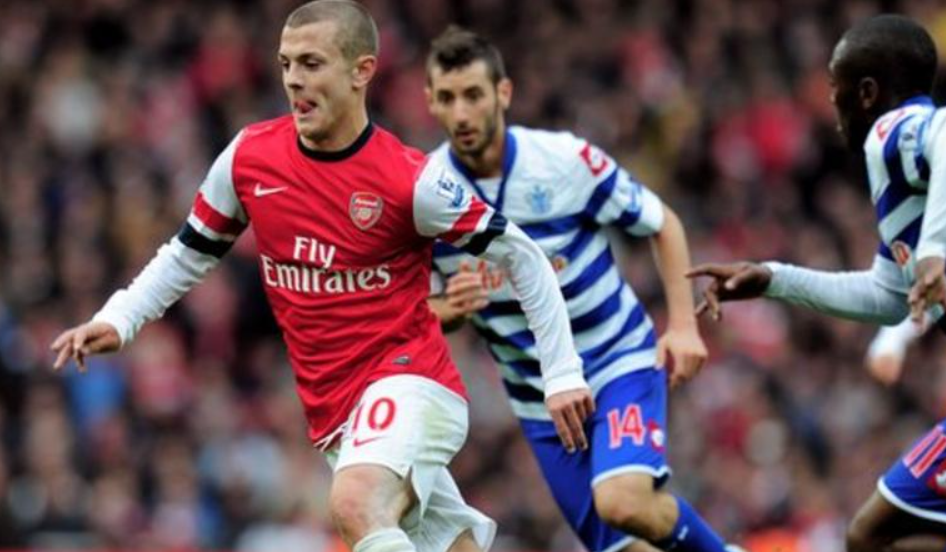 QPR featured a number of exceptionally quick players but were unable to use them to full effect on a fine fall afternoon at Emirates Stadium.

Things did not get off to a good start for QPR as defensive midfielder Francis Coquelin seized on an error by Adel Taarabt to score a nice effort from 13 meters. Fullback Fabio ensured things went from bad to worse for QPR on 31 minutes with an embarrassing own-goal.

Midfielder Andros Townsend pulled one back for QPR after 45 minutes with a finish tucked away with consummate ease. Townsend equalized for QPR in the 47th minute with a powerful effort.

An error from Stephane Mbia allowed midfielder Abou Diaby to score a powerful effort. Aaron Ramsey finally rounded off the victory in the 76th minute with a nice effort from 12 meters.
Login to Quote 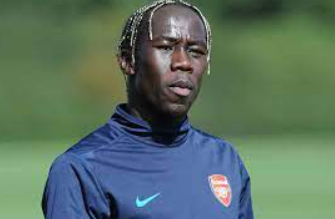 A potentially serious injury suffered by Arsenal's Bacary Sagna overshadowed events on what was a wet evening at Juventus Stadium.

An error from Fabio Quagliarella allowed Arsenal captain Thomas Vermaelen to score a freak goal. Stephan Lichtsteiner then equalised for Juventus in the 42nd minute with a close range header.

Then came the turning point as Lichtsteiner was sent off in the 51st minute. Jack Wilshire then clinched a late winner on 83 minutes with a powerful effort.
Login to Quote 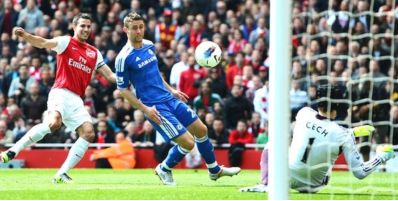 Chelsea showcased a number of extremely fast players but were not capable of using them to full effect on a gentle fall evening at Stamford Bridge.

Things did not get off to a good start for Arsenal as journeyman striker Demba Ba seized on an error by Thomas Vermaelen to score a well struck effort. It was a superb solo endeavor and Ba looked delighted. Flamboyant midfielder Andrey Arshavin then equalized for Arsenal in the 43rd minute with a close range effort.

Olivier Giroud then put Arsenal in front after 70 minutes with a close range header. Walcott scored with a finish executed with poise in the 72nd minute to increase the lead further.

A mistake from Arsenal's Laurent Koscielny let striker Adrian score a skillfully executed finish in the 91st minute. Arsenal's Yuto Nagatomo was back in the dressing room after earning himself a second yellow card.
Login to Quote 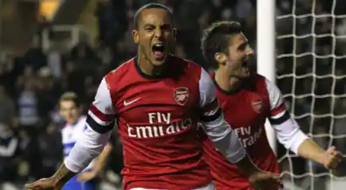 One of the Premier League's worst defenses this season experienced more torment as Reading lost to Arsenal on a rainy evening at Emirates Stadium.

Olivier Giroud scored first in the fifth minute before fullback Yuto Nagamoto doubled the Gunners' lead with a sharp finish from 16 meters in the 15th minute.

Iago Aspas scored with a shot from inside the box in the 44th minute to extend the lead further. Adam Le Fondre pulled one back for Reading after 45 minutes.

Player of the Match: Santi Cazorla
Attendance: 58,504
Login to Quote 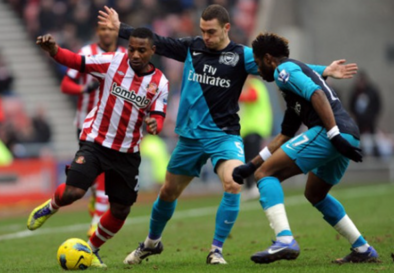 Arsenal are through to the fifth round of the FA cup after a convincing 3-1 win over Sunderland at The Stadium of Light.

Laurent Koscielny was the best player on the park, playing superbly and looking comfortable on the ball. The French central defender made a crucial header that embodied his impressive display. He arrived at Emirates Stadium in 2030, purchased from F Lorient for $14 million.

The Gunners lived up to expectations by qualifying for the next round and will be looking to advance even further. With a reported maximum bonus pot of $1.9 million on offer for going all the way, Arsenal will have an extra incentive to progress to the latter stages.
Login to Quote

You are reading "Arsenal FC: The Tony Adams Era".