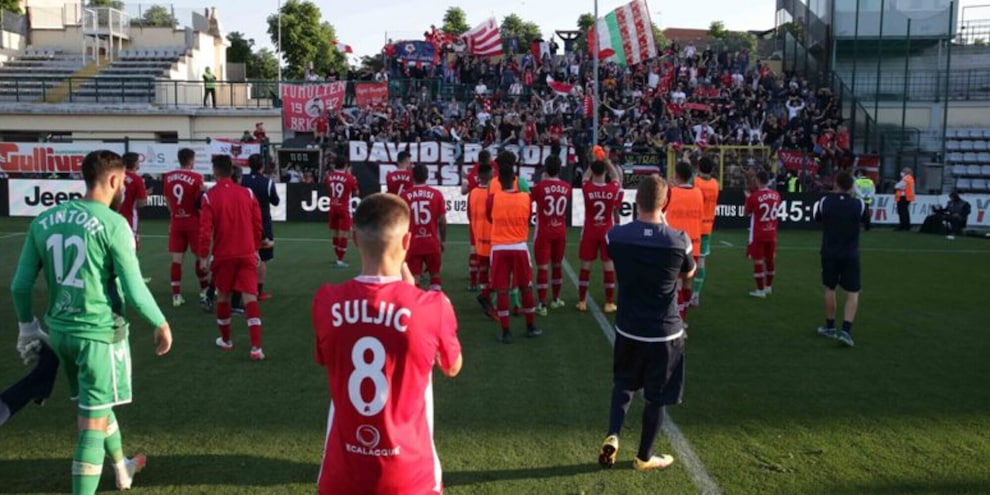 Piacenza Calcio 4-1 Pergolettese | Lega Pro Girone A | Castiglia (pen, 32), Raičević (36), Dubickas (53), Villa o.g. (90+4)
Following on from a mixed-bag of results throughout pre-season, Piacenza Calcio took to competitive action for the first time this season in the Coppa Italia Lega Pro. The competition, devised of teams in each of the three Serie C groups, was making a return to schedules across Serie C as it took a backseat for the 2020/21 season.

Virtus Verona were the visitors, a side also contesting their football in Girone A this campaign. The hosts were dominant throughout but struggled to convert their chances which ultimately afforded Virtus a route back into the tie. They levelled with nine minutes to play, however, Simone Rabbi was on-hand off the bench to score a decisive winner to send Piacenza through to the Second Round.

The only other game to be played in August was the season-opener in Girone A. Pergolettese, who were also recently drawn alongside Piacenza in the Second Round draw in the cup, made the 82km round-trip to the Leonardo Garilli but were quickly outclassed.

Luca Castiglia made no mistake from twelve-yards when a poor challenge conceded a soft penalty to give Piacenza the lead. Montenegro international Filip Raičević soon doubled the lead in the first-half. Another international, Edgaras Dubickas, made it 3-0 in a dream opening-day clash for the hosts.

There was to be a consolation for the visitors, but it would be the hosts who rounded-off the scoring with a wicked deflection off Luca Villa from a corner trickling past his own keeper in stoppage-time, resulting in a fourth.

Feralpisalò 1-1 Piacenza Calcio | Lega Pro Girone A | Rabbi (71)
Keen to continue on from a resounding opening-day success, Piacenza travelled to Renate and triumphed in a narrow 1-0 win. Luca Castiglia would, again, net from twelve yards to provide the difference in a tight encounter.

Piacenza's defence has appeared strong and it did so once again in a 2-0 victory against Juventus U23's. Back-to-back clean-sheets suggest that Piacenza may be a difficult side to breakdown this season, however, the attacking efficiency also seems to be steadily improving with both Rabbi and Davide Lamesta converting in the dying embers of the group.

The Coppa Italia Lega Pro returned for the Second Round and Pergolettese would be the hosts, keen to avenge the 4-1 drubbing handed out to them just weeks prior. It would be a much different game, albeit largely due to some rotation from either side. The hosts appeared to be taking an early bow from the competition but dramatically equalised two minutes from time, forcing extra-time. Extra-time ensued but the teams could not be separated. It would be Piacenza who triumphed on penalties in a 4-3 victory.

Following on from the cup, Piacenza struggled to click out of first gear again. First, a 1-1 draw away to Lecco brought an end to the perfect record in the division. This preceded the first loss of the season in a 1-0 defeat against pre-season favourites Triestina with Marcello Trotta, previously of Fulham fame, scoring just ten minutes in.

Late drama, similar to that in the cup game against Pergolettese and the league game against Juventus U23's, would rear itself once again during a Piacenza fixture. It would follow in the footsteps of Pergolettese as Feralpisalò claimed a point against the run of play in the 89th minute.

It seemed Piacenza were set for three points to return to winning ways after Simone Rabbi converted from close-range from a low-driven cross from teammate Juri Gonzi. However, a corner from Davide Di Molfetta was headed home by Elia Legati to level the scoreline.

deadzpool: Cheers mate, I do too! It'll certainly be a very tricky challenge.

Jack: There are some excellent players at this level. I am quite surprised at some of the quality - both mine and other squads included in that - but I agree regarding the midfield. Luca Castiglia appears to be a fantastic player. He has been a favourite so far.

J_ames: We can hope for such a feat but whether that's realistic or not...

The one outstanding trait that Italy has is the want to loan out players and do so without requiring fees on the most part. It helps with finding appropriate quality as well as carefully balancing the books. However, we'll still have to keep a close eye as there is some large pay-packets here. I'm looking at Dubickas in particular!
1

J_ames
3 months
It's been a pretty damn decent start to the season, though the draws must've been quite frustrating to watch! I feel that seeing as you have a Rabbi in the squad, you should make a more conscientious effort to also sign a Priest at the very minimum

Jack
3 months
Great start to proceedings! Fiorenzuola and Sudtirol seem to be setting the standard at the top and I have heard of Pro Vercelli, AlbinoLeffe and Padova previously in a positive light so I'm unsure if they can also be contenders at the top but they all sure look like it at the start. It would be great to begin to convert those draws into more wins, though.
Login to Quote

You are reading "I Lupi: Piacenza Calcio".