JoeCAFC93
9 years
I have decided to start a manager story with Welling United, who are my local non - league team and they play their football in the Blue Square South League. Welling are also the team where former Liverpool player and champions league winner Steve Finnan started his career. Wellings nickname is 'The Wings' Which is why I named this story 'Soaring to the top flight'. They Play their Football at Park View Road, Which is a 4,000 capacity stadium (800+ Seated) The stadium is on Welling High Street. Welling is a little Town which is on the Kent/South East London Border.

Also some of you may remember my Manager Story from Football Manager 2011 when I achieved back to back promotions with AFC Wimbledon and become an established League 1 Team.

JoeCAFC93
9 years
Here Are My Transfers I have made. 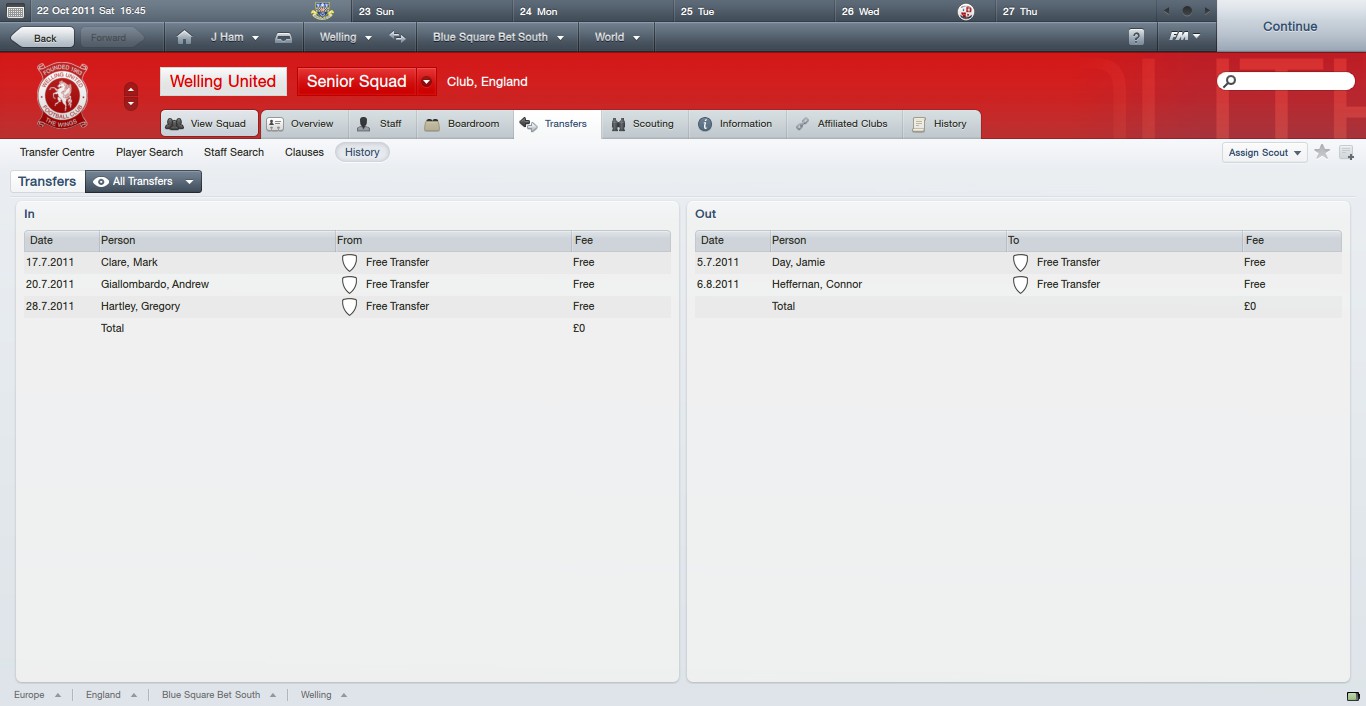 Also my target for the season is play-offs as that was the minimum I could aim for. There will be a league table update in January.
Login to Quote

russell_d
9 years
Heyy! I done the same thing with welling in fm 2011 (also my local non-league team)It took me quite a while but we got there eventually. Best thing ive done on football manager! Once in the premier league we had to ground share with Charlton even though they were in league 1

the stepping up to the premier league was hard kept getting battered and went back down!

Champions league one day! Advice keep finances very tight haggle with wages! and cup runs will do your finances a load of good!

JoeCAFC93
9 years
Here is the League table update you all wanted, I'm not doing that well but the team is improving so hopefully I'm promoted at the end. Next Update will be at the end of the season 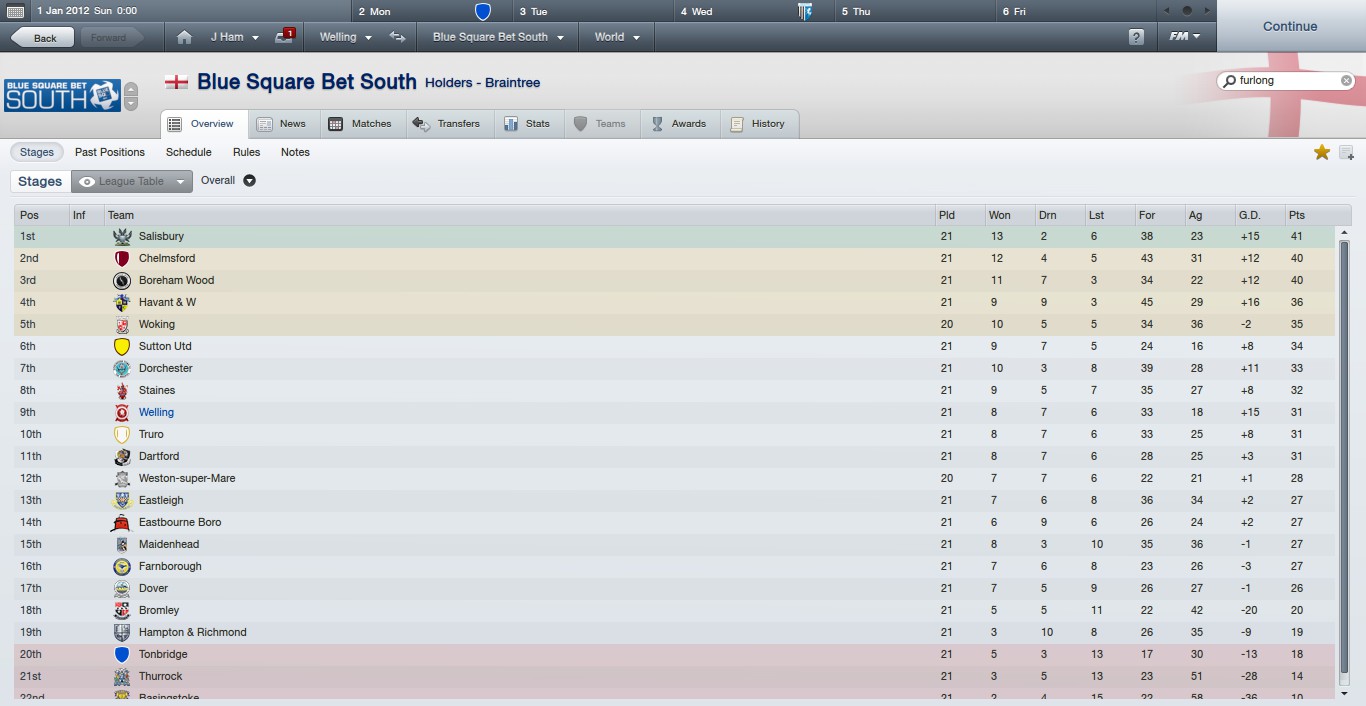 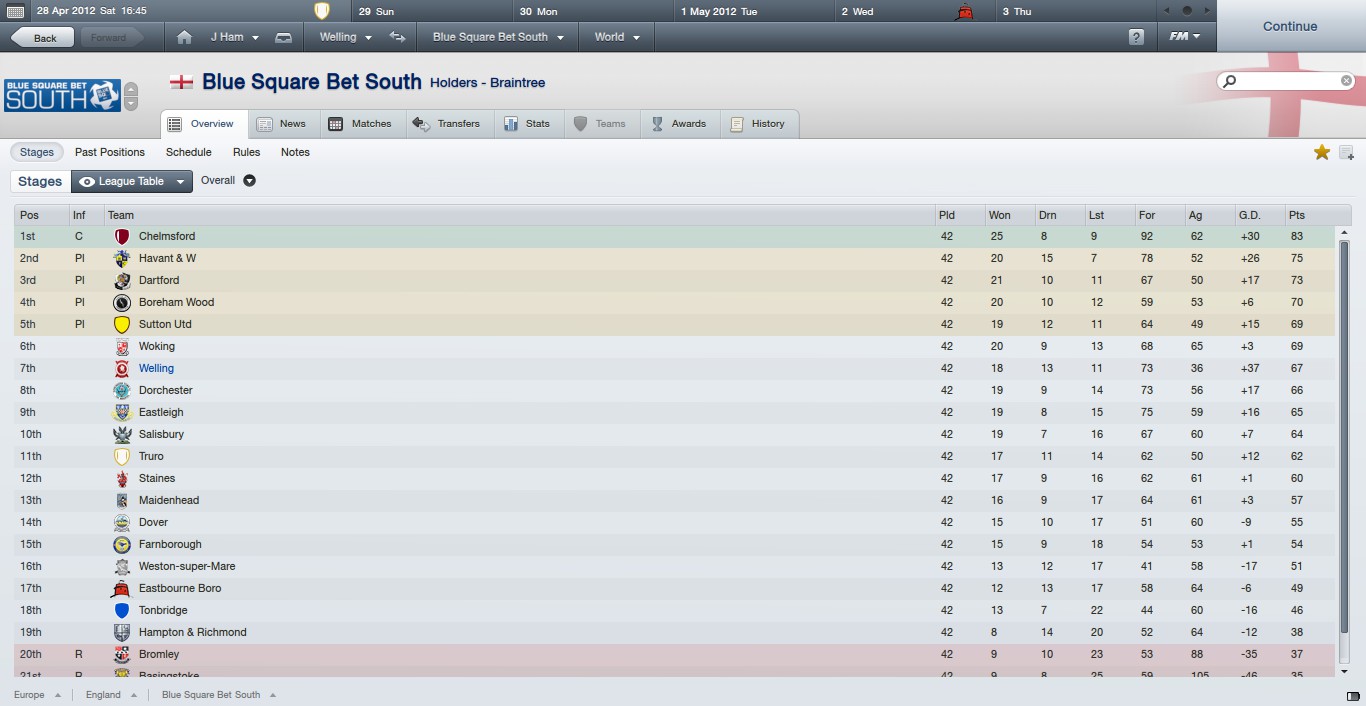 Atreidas
9 years
Chelmsford won, No suprise,
On me and my friend's Multiplayer game, (i manage dartford he manages Salisbury) within 13 league games, chelmsford have won 11 and drawn 2 :l.

Don't worry, you should at least get playoffs next season.
Login to Quote

6294
9 years
I'm confident you'll get through next time!
Unlucky.
Login to Quote

JoeCAFC93
9 years
Here Are My Transfers For The Upcoming Season. But This Time I Will Post A League Table Update Every 10 Games. 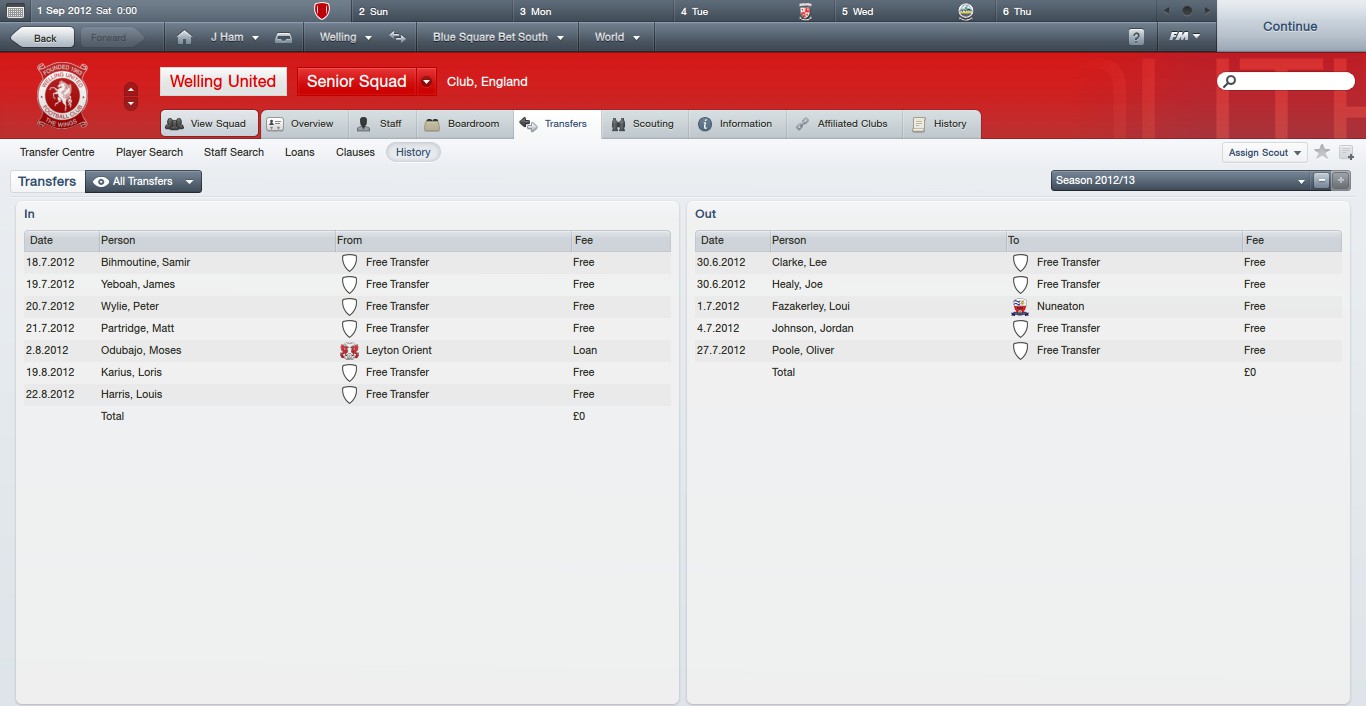 JoeCAFC93
9 years
I Just Picked Up Michael Ricketts On a Free Transfer. He has 1 Cap For England. 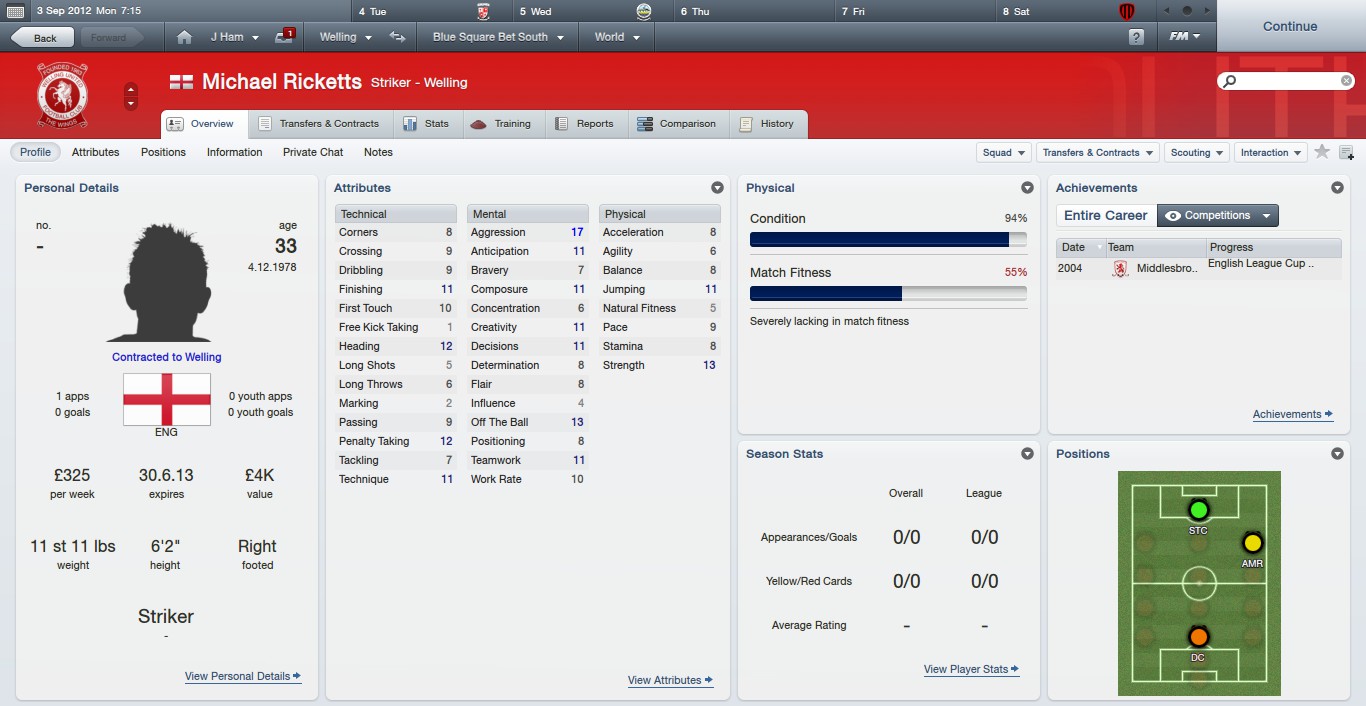 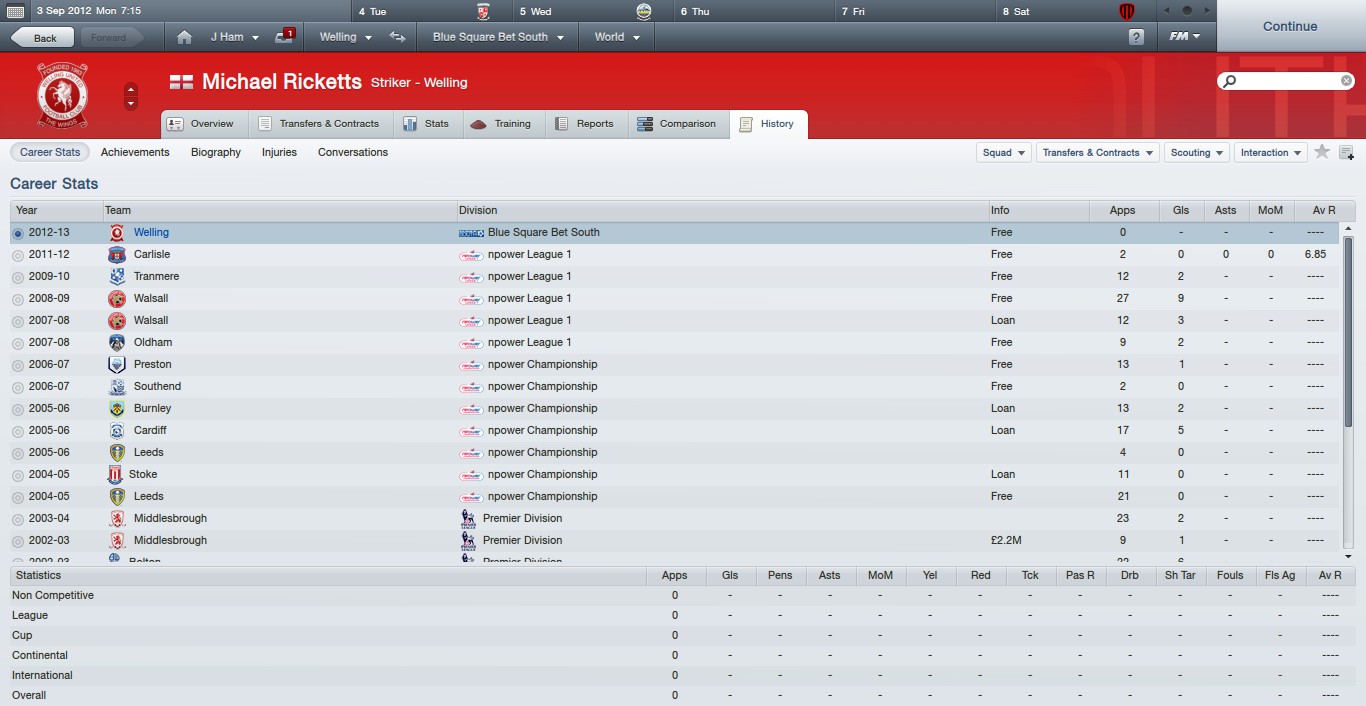 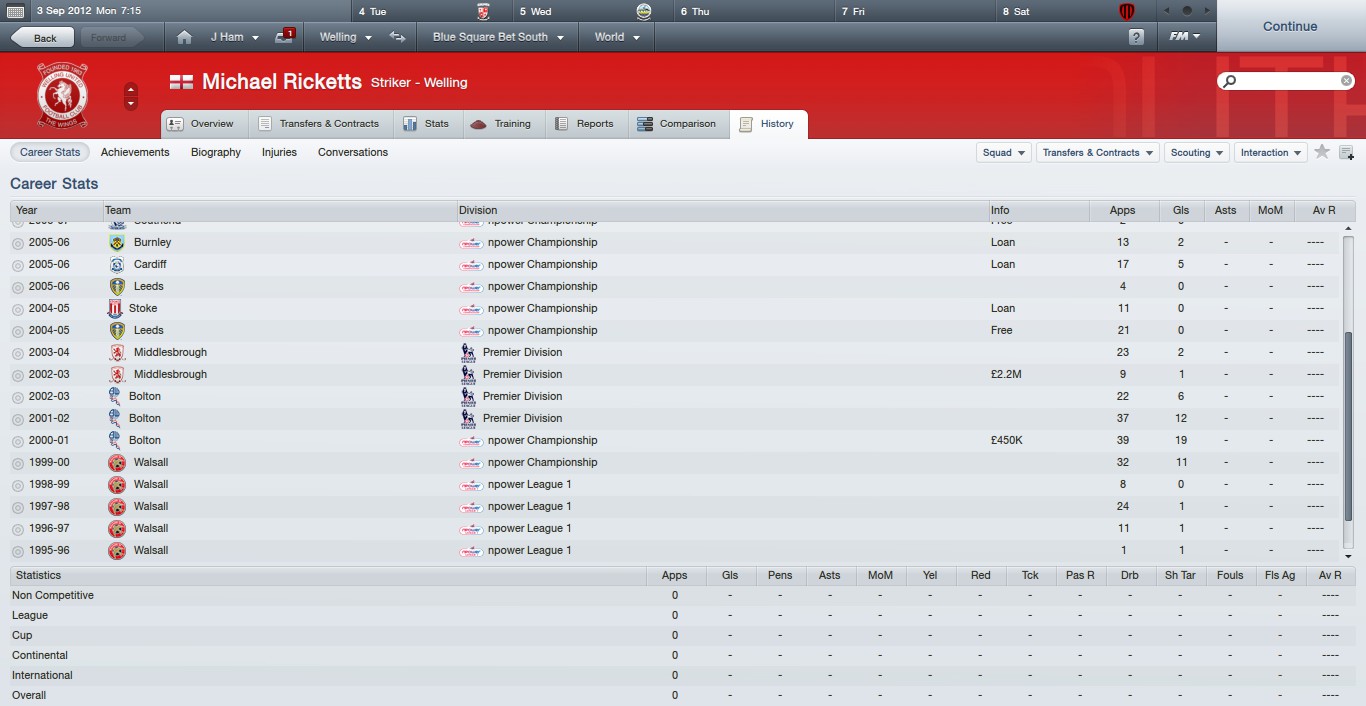 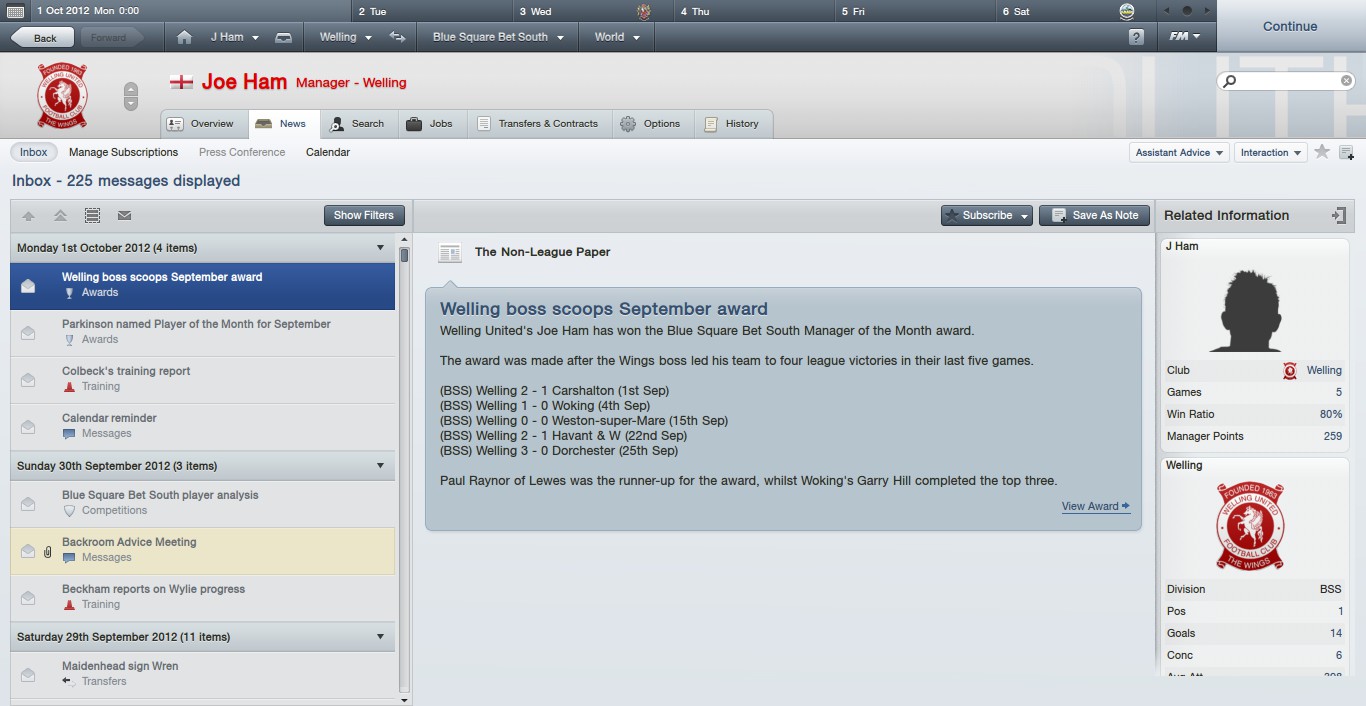 JoeCAFC93
9 years
He has been in good form 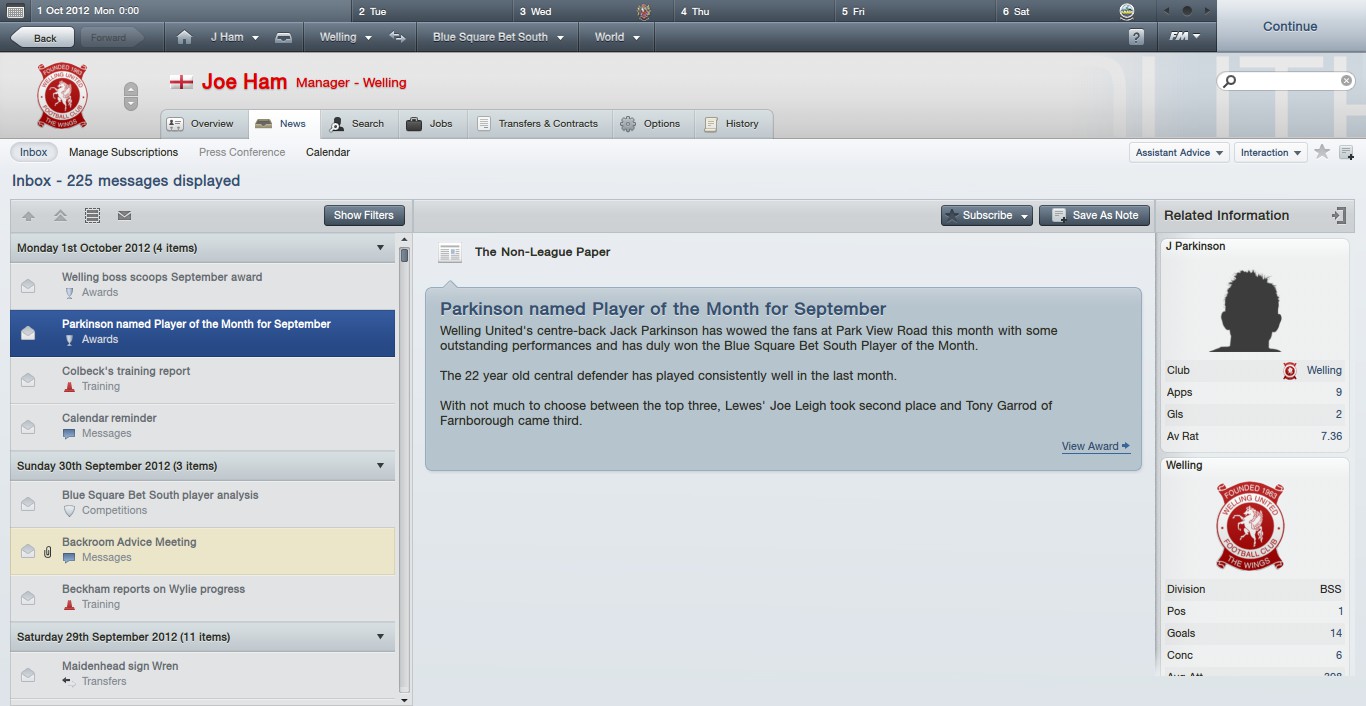 You are reading "Soaring To The Top Flight (Welling United)".