kellerz1992
9 years • Edited
Started unemployed with maximum leagues loaded, only had to wait a few days until I was offered a job at Guarani, a second division Brazilian team whose only note to fame is that they have won the Brazilian National first division once back in 1978. They were relegated in 2004 from the first division and even relegated from the second division in 2008. Guarani only had 10 points in 10 games and their media predictions are to come ninth. The board have said they won’t be judging my performance on their league position nor their cup finish (which they were already out of). So this season I wanted to just perfect a formation and find a few stars players on build my team around.
The top four positions in the league win promotion which I am dreaming of after a fine start to my career. 25 points out of 39 points is a very nice return around I think. I find myself ninth, nine points outside the promotion place. I hope I can make a push for it but to be honest I am building for next year.

Last 5 games have been pretty dreadful only achieving 5 out of a possible 15 points. My first game against Gremio I expected at least a draw but saddened I didn’t get more. My second match against Vitoria was a disaster even though they are 4th I should have put up a bit of a fight at least. My victory against ASA was expected and possible should have won it by more. Portuguesa are top of the league so that defeat was expected but still hard to take. Criciuma match was again another match I expected to win but again a draw coming back from 2-1. Promotion seems beyond me now unfortunately.
Login to Quote

jackounited
9 years
Great story so far! I will be following this one for sure! Are you looking to like switch teams when you get offered a job from a higher team or are you going to stay with Guarani for a long time?

#47444 jackounited : Great story so far! I will be following this one for sure! Are you looking to like switch teams when you get offered a job from a higher team or are you going to stay with Guarani for a long time?

I am hoping to stay with them until I get them promoted and then I don't know what I will do as I haven't done one of these starting unemployed in awhile.
Login to Quote 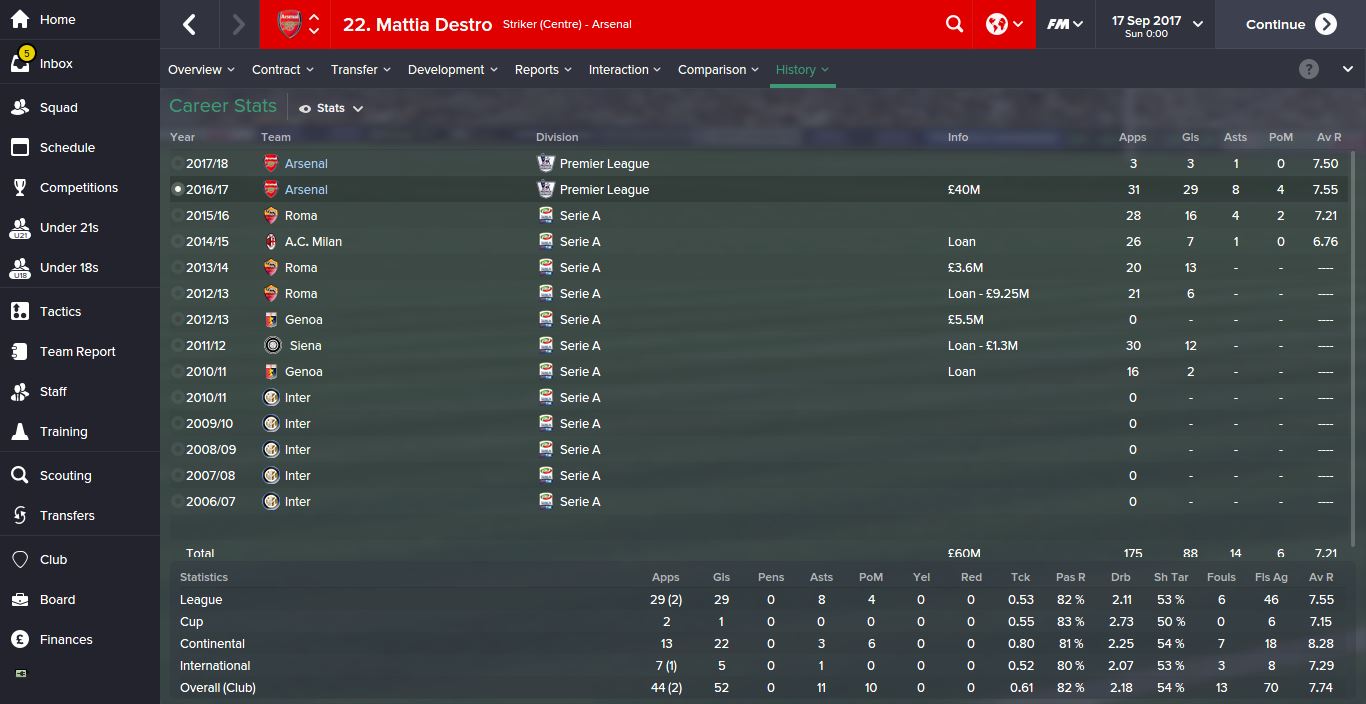 As you can see from my last fixtures of the league I overestimated greatly my chances in this league. The team are average at best and their morale hinges on winning or losing a single game. I am not sure if this job is for me so I am wondering do I either....


Ok I have decided to resign and see where this takes me on my journey.
1
Login to Quote

You are reading "Hero to Zero or Zero to ?".