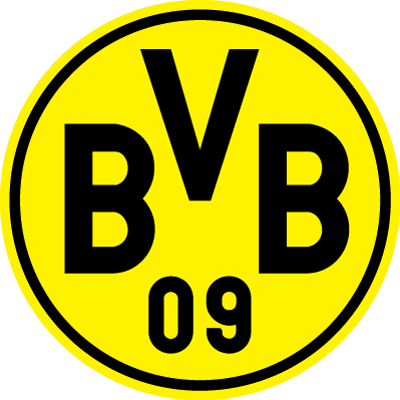 Ive Managed in a few different leagues in my time playing Football Manager, but never had ago at the German League. I know Borussia Dortmund won the league in the previous Season but with the number of strong teams in Germany (Bayern Munich, Werder Bremen, Schalke, Leverkusen and Stuttgart) it would be unfair to expect the same outcome.

So I have set myself and the club a target of becoming the dominant team in Europe within 5 Season's and to be the ultimate force in Germany replacing the Dominance of Bayern Munich.

The Expectation this season from the board is to qualify for the Europa League and have given me a Transfer Budget of £2.17M which doesn't really give me much hope of bringing in some quality players, but it's a challenge im looking forward to.

As you can see ive brought in quite a few free transfers as a budget of £2.17M gave me nothing to play with basically, so ive brought in my all time favourite player Robert Pires, he may be 37 but still feel he can bring experience to the team and same goes for Diarra. Brought in Darwin Quintero because in alot of manager stories ive seen on FM Scout everybody seems to say hes a goal machine so im taking a chance on him.

I needed to sell 1 or 2 players in order to give me a bit more cash to bring somebody in and decided to sell Zidan with the recommendation of a few who have commented on my story so far :).

As you can see there was some mixed results during pre season which didn't exactly fill me with happinness but Im still excited for the season bring it on!.

This match was basically a curtain raiser on the season just like the Community Shield in England, I had 5 players out injured of this match 1 of those was my Star Striker Lucas Barrios.

Perfect warm up before the League Season begins and what a brilliant performance, Schalke couldn't get the ball, LEWANDOWSKI was brilliant.

German Cup 1st Round:
Regensburg 0-2 Borussia Dortmund (Lewandowski 12,33)
Lewandowski simmply brilliant just like he was in the super cup against Schalke the only dissapointment in this match was the fact Mario Gotze had to be taken off injured in the 60th minute and will be out for 3-4 weeks to add to my injury list of 6 key players.

Bundesliga
1st League match:
Hertha Berlin 1-1 Borussia Dortmund (Ramos 16, Kraft OG 79)
Completely dominated the game but some woeful defending and brilliant goalkeeping from Kraft for Hertha stopped us gaining a win in our 1st league game, not the league start I wanted.
Login to Quote

tbendis
8 years
May I suggest you play Moritz Leitner, Mario Götze and Ilkay Gündogan. As in, you have a 1-2-2-1-4 with someone in attack (I'd suggest you sell Barrios, but ok) Götze and Kagawa out wide up front, Gündogan and Leitner behind them in the middle, and Bender behind those two?
1
Login to Quote

gooner4eva
8 years
thankyou for the suggestion will really consider it, need a new striker so may sell barrios as theyve only given me a £2.3M transfer budget, hoping to tie gotze down for another 5 years as im sure he will turn out a world class player.
Login to Quote

#50896 gooner4eva : thankyou for the suggestion will really consider it, need a new striker so may sell barrios as theyve only given me a £2.3M transfer budget, hoping to tie gotze down for another 5 years as im sure he will turn out a world class player.

You should be able to get 10 Million € for Barrios, and I recommend someone quick, to match up with the good passers in the midfield. Jelle Vossen doesn't cost 2.3M €, but he isn't too fast. I'd get him though. Also: Leigh Griffiths. Should be in Wolves...

Didier Ya Konan of Hannover... Buy him, put him alone in front with Götze and Kagawa on the wing, and Leitner with Gündogan in the middle and Sven Bender as the BWM.

And play long balls... Don't worry about his finishing. Grab Konan, play him as your regular, and keep Vossen as your back-up striker. Sell Barrios, Zidan, Großkeutz and Lewandowski. And buy Handanovič as Keeper..

Of course... this is only what I would do. Best of luck
Login to Quote

gooner4eva
8 years
Thanks for the advice, iv'e been scouting a lot of players and come to a decision that the only way id be able to afford bringing in any decent reinforcements its to sell barrios, I will take your advice on board as its very helpful.

swanny8589
8 years
Hey mate. From past experience with Dortmund I would highly suggest you don't sell barrios as he is your best striker,and is an absolute goal machine :D. And also if your plan is to dominate Europe and Germany play long ball because you won't win a thing without keeping some sort if possession .

gooner4eva
8 years
Thankyou for the advice, after what you said I am going to give Barrios a chance as its unfair for me to judge a player without giving him a shot
Login to Quote

swanny8589
8 years
I meant don't play long balls lol .. yeah play barrios by himself with perhaps gotze sitting in behind ..
I'll definitely be watching this story
Login to Quote

gooner4eva
8 years
thankyou, will have alook at your Melbourne-Road to Victory

Stivo12
8 years
I'm doing the same Story mate. Keep it up its a great read. Keep barrios he has been awesome for me since returning from injury.
Login to Quote

azsumnasko
8 years
Even without the transfers they can do it...
Login to Quote

You are reading "Borussia Dortmund : 5 Year Plan to Dominate Europe".