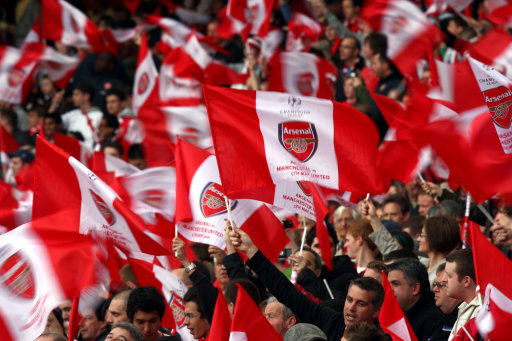 Managing Arsenal is probably apart from playing for them is every Gooners Dream and that's why this Football Manager season will mean and matter more to me than any previous season due to the fact im a life long GOONER. Im hoping to guide Arsenal Football Club back to the good times at the sumit of English Football and bring the trophies back to Arsenal, to the Emirates, to the fans. I will upload updates and Screenshots reguraly to this Story so enjoy people, its going to be a good one 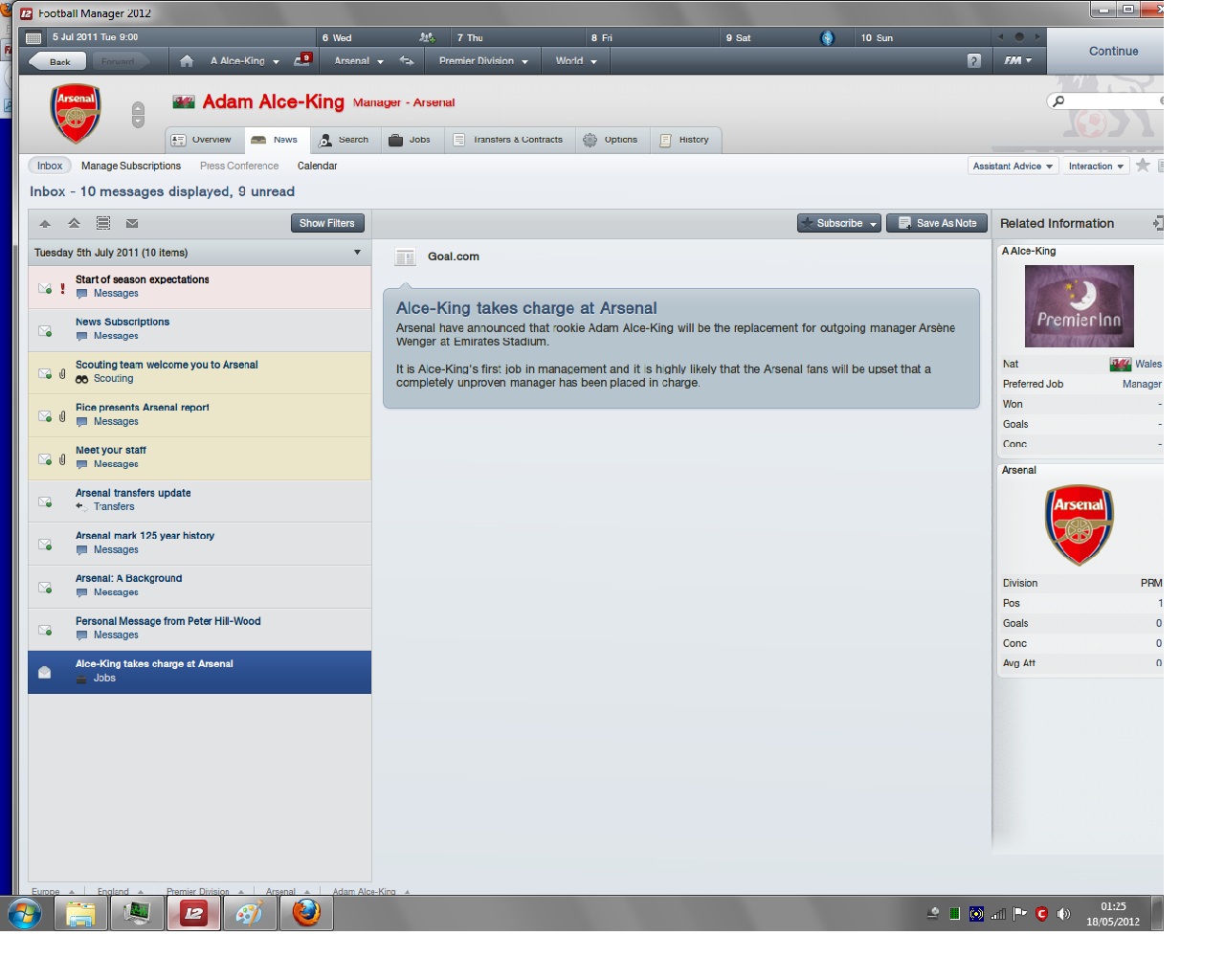 Been given a 2 year contract by the club untill June 2013 with the boards expectations for the club to challenge for the title with a £43M transfer Budget which is great apart from the £1M wage budget.

As you can see ive made the most of the £43m transfer budget given to me and brought in some very good players who will add alot to the team such as M'Vila £27M and Mangane £9.25M both from Rennes.

Made a few big sales like Arshavin, Chamakh and Fabianksi, Arshavin was a sale needed to be made as there was only a year left on his contract and Chamakh was a striker who unfortunately dont have much faith in so decided to get cash for him and brough in Darwin Quintero as his replacement.

Transfer Saga: Bacary Sagna
As usual with arsenal every summer transfer windows like last season with Fabregas and Nasri and previous summers with Vieira and Henry there are clubs trying to unsettle our best players and this time its Bacary Sagna. Both Real Madrid and Manchester City have been enquiring and speculating that they are going to sign Sagna, Sagna is 1 of my fav arsenal players to date and no amount of money will tempt me to sell but its eventually bound to affect the players mind and performance on the pitch, ive even rejected a £20M bid from city.
sagnamadrid_34922.jpg sagnacity_34922.jpg

A good pre season overall so im confident in our preperation for our opening game against Liverpool.

Barclays Premier League
1st League Game:
Arsenal 0-1 Liverpool (Kuyt 65)
Very dissapointed with the result due to the fact we completely dominated possesion but squandered alot of chances, Quintero and Chu Young had very poor debuts, Van Persie didn't play as hes out with an injury picked up in pre season, after that game Walcott(Hamstring) and Chu young(Broken Jaw) both picked up injuries and will both be out for 3-4 weeks.

Champions League Qualifier:
Dynamo Kiev 2-1 Arsenal (De Jong 52(Pen), Yarmolenko 79,Ideye 90+3)
Absolutely devestated with the result despite we got a crucial away goal but to lose it in the last minute was gutting. Siem DE Jong the 22 year old Attacking MIdfielder I signed on loan from Ajax fo the season played well and deserved his goal.

Manchester United 2-1 Arsenal (Vermaelen 25, Fletcher 29, Hernandez 50)
3game lost in a row a terrible start to the season and doesn't get any easier with Spurs up after the 2nd leg against Kiev. This result hurt because defensively we were terrible and I hate Utd as it is so to lose in the way we did hurt badly, Douglas Cousta went off injured in the 1st 30Mins and will miss the Kiev Game
Login to Quote

gooner4eva
9 years
More Updates been made, more will be updated tomorrow.
Login to Quote

PerryH90
9 years
Looking forward to see how this pans out...
Login to Quote

gooner4eva
9 years
More updates have been made people

shaneo insaneo
9 years
instead of telling us there are updates . how about posting them ??
Login to Quote

gooner4eva
9 years
if youve got a problem dont bloody read my story end of! I have a social life aswell you see so I cant post updates every day ok?
Login to Quote

You are reading "Arsenal-Start of a New Era".