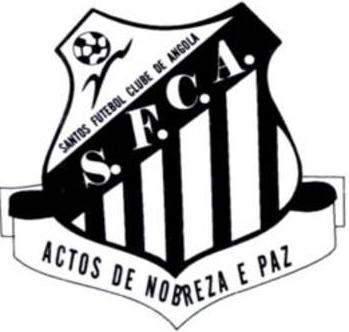 Santos is the defending Paulista and South American champion. Domestically, the club have won twenty Campeonato Paulista titles, one Copa do Brasil, and a joint record of eight Brazilian championships. Internationally, they are amongst Brazil's most successful clubs with seven international titles, including three Copa Libertadores and two Intercontinental Cups. In 1962, Santos became the first club in the world to win the continental treble consisting of the Paulista, Taça Brasil (Brazilian Championships), and the Copa Libertadores. That same year, it also became the first football club ever to win four out of four competitions in a single year, thus completing the quadruple, comprising the aforementioned treble and the Intercontinental Cup. Their international and domestica success has led IFFHS to name Santos as one of the top twenty clubs in South America in the 20th century. Founded as Santos Foot-Ball Club on April 14, 1912 by the initiative of three sports enthusiasts from Santos by the names of Raimundo Marques, Mário Ferraz de Campos, and Argemiro de Souza Júnior, the club has become a symbol of beautiful and exciting football, known in Brazil as "futebol-arte". It is one of Brazil's richest football club in terms of revenue, with an annual revenue of $45.1m (€31.5m), and one of the most valuable clubs, worth over $86.7m (€60.6m) in 2011.[10] Santos was a founding member of the Clube dos 13 (English: Club of the 13) group of Brazil's leading football clubs.

ive decided to start a story with Santos due to the top quality youngsters they have in their ranks, it will also be challenging to keep top teams from taking our top talent


After looking through the first team , U23s and U20s ive noticed a few youngsters that could turn out to be real superstars
Felipe Anderson

and we all know about:
Neymar

ill be looking for a very strong position in the first division (season already started when i took charge, currently sitting in 7th), when december comes around we will be flying off to japan to take part in the FIFA Club world cup where i will be expecting us to make the final and even go onto win it.

smallboy
10 years
Looking forward to your next post. All the best!What's the starting budget by the way?
Login to Quote

shaneo insaneo
10 years
our transfer budget is $3.25m im not to fussed as i wasnt planning on dipping into the transfer market
Login to Quote

Glenn T
10 years
Should be good. Felipe Anderson and Ganso were all beasts on my FM12. Can't say the same for Neymar unfortunately, but I'll be seeing how this story goes.
Login to Quote


so the month of july has come and gone pretty quickly and i have mixed results to show for it. Picking up 3 wins out of 5 games

Glenn T
10 years
Nice. Hard to believe that Arsenal would spend 45M in real life though.
Login to Quote

The !RedDevil!
10 years
what other little gems have you got in the youth team?
Login to Quote

The !RedDevil!
10 years
look forward to seeing club grown players making you the biggest force in the americas
Login to Quote

You are reading "Santos - The Brazilian way".