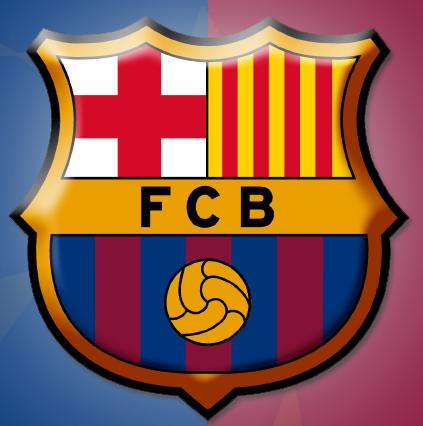 after such a strong start to the season where we stayed undefeated until december, the turn of the year wasnt so strong as we dropped a fair few points on the road. but we held our nerve and won the Spanish La Liga by 4 points

So that wraps up 2011-12. next update will be january 2013 which ill be posting later today .. hope you enjoy
Login to Quote

the tactics we will be employing this year are 2 different tactics then what everyone would be use to see. but with enough work and game time with this tactic i beleive it will be quite successful 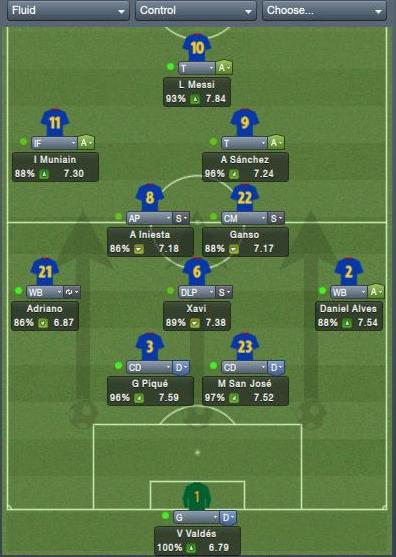 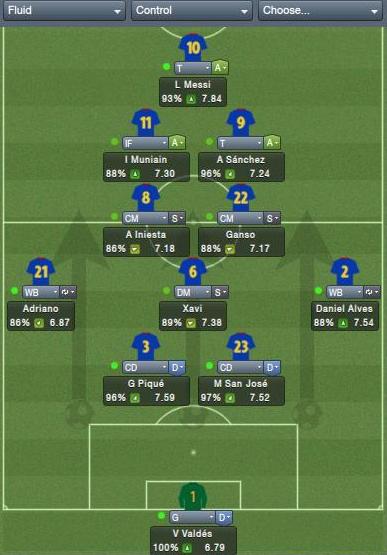 after going through 17 games of the season we currently sit 6 points clear of Real Madrid. ( were 1 win away from breaking La Liga record of 16 wins in a row )


Champions League round of 16 Draw

Updates will now be done monthly. hope you enjoy
Login to Quote

Lethal_Touch101
8 years
This second tactic looks like a pretty good one...might be risky with teams not as good as barca?

Do you concede many goals ?
Login to Quote

#54765 Lethal_Touch101 : This second tactic looks like a pretty good one...might be risky with teams not as good as barca?

Do you concede many goals ?

i dont concede hardly any goals . just look at the ladder after 17 games

tbh with you our oppostion rarely have shot because we average about 71% possession. also won very comfortably against Real madrid
Login to Quote

RzLegend
8 years
you should actually try tactics with another teams , any tactics will works with Barcelona
Login to Quote

shaneo insaneo
8 years
alright guys i havnt updated in a while . next update coming soon
Login to Quote

Sporting_23
8 years
that first tactic looks interesting as hell! how are you doing with it? or do you play with the second one?
Login to Quote

Lethal_Touch101
8 years
I used your second tactic with Castilla and I'd did def work!!! Wingbacks were quick to press the ball and get it back
Login to Quote

#55789 Lethal_Touch101 : I used your second tactic with Castilla and I'd did def work!!! Wingbacks were quick to press the ball and get it back


cheers mate :D> its good to hear other people use your tactics. ive changed ll the player instructions to help with that . but obviously wont be posting all of them
Login to Quote

after our friendlies i can say where pretty pleased with how it went, could have possibly once more convincingly against some sides but overall the results really dont matter that much


Injury News: Alexis Sanchez has been ruled out for 11 - 13 months with a broken lower leg

after the first 6 games of the season we sit pretty up the top of La Liga, main highlight of hte month would be our 6-1 demolition of Real Madrid
Login to Quote

shaneo insaneo
8 years
nah mate I won't be selling Alexis Sanchez because he is only 24 and still has plenty to offer. and last season he was my fans player of the year
and saying that noone would buy him anywayz
Login to Quote

with October being filled with international matches we only had 3 matches in october, we still managed to win all 3 which still keeps us on top of La Liga

after looking at the squad and possible targets we have decided to place David Villa on the transfer list with an asking price of $12.25m. currently Arsenal , Bayern Munich , Juventus and Marseille are in discussions with the player


Meanwhile we have enquired with Santos over a possible transfer involving Neymar, they are yet to come back with a response
Login to Quote

Chris_FM World
8 years
Meanwhile we have enquired with Santos over a possible transfer involving Neymar, they are yet to come back with a response

You are reading "Barcelona - let the reign go on".