In search of New Pastures


" We are grateful to Harry for all the things he has brought to this footballing institution. He always gave everything he had for the club and took the clubs to new heights. It is a sad moment that he has decided to cut ties with the club. We thank him for what all he has done for this club and wish all success in his future endeavors." - Daniel Levy.

Harry Rednapp has left his position of manager at Tottenham to take up a post elswhere.
Now the search begins for a new manager and the likes of Alan shearer and Van Gaal are tipped as possible replacements.
Login to Quote

Tottenham have held talks with various high profile managers but a certain name Mark Knight seems to the favorite to land the job. Knight is currently plying his trade as first team coach at Aberdeen and is known to be a Pupil of Sir Alex Ferguson. This has made Tottenham look to him as their new manager as they feel he can add fresh and youthful blood to the current team. Announcement of New manager expected soon...
Login to Quote

Ready for the challenge

" This is the best moment of my life. Tottenham are great football club and to manage them is a great privilege for me. They have a good structure in place and there is everything here that is essential for success. I sure i can take Tottenham to their glory days or even better them. Every body who are deemed as deadwood will have no place in the club and no body is bigger than the club. I will be looking to strengthen the team in the coming days but nothing is sure. I hope to bring success to the club on the field and please the fans." - Mark Knight.


Tottenham have begun their preseason training under the watchful eyes of their new manager. Knight has also indicated that he expects the club to be active in the market. There might also be some players leaving the club according to him. He has already overhauled his backroom by bringing his own staff.
Login to Quote


Tottenham have opened their checkbooks to sign Lars and Sven Bender for a fee of $6M and $14M respectively.
They are also currently in negotiations with Verratti and Henriksen. 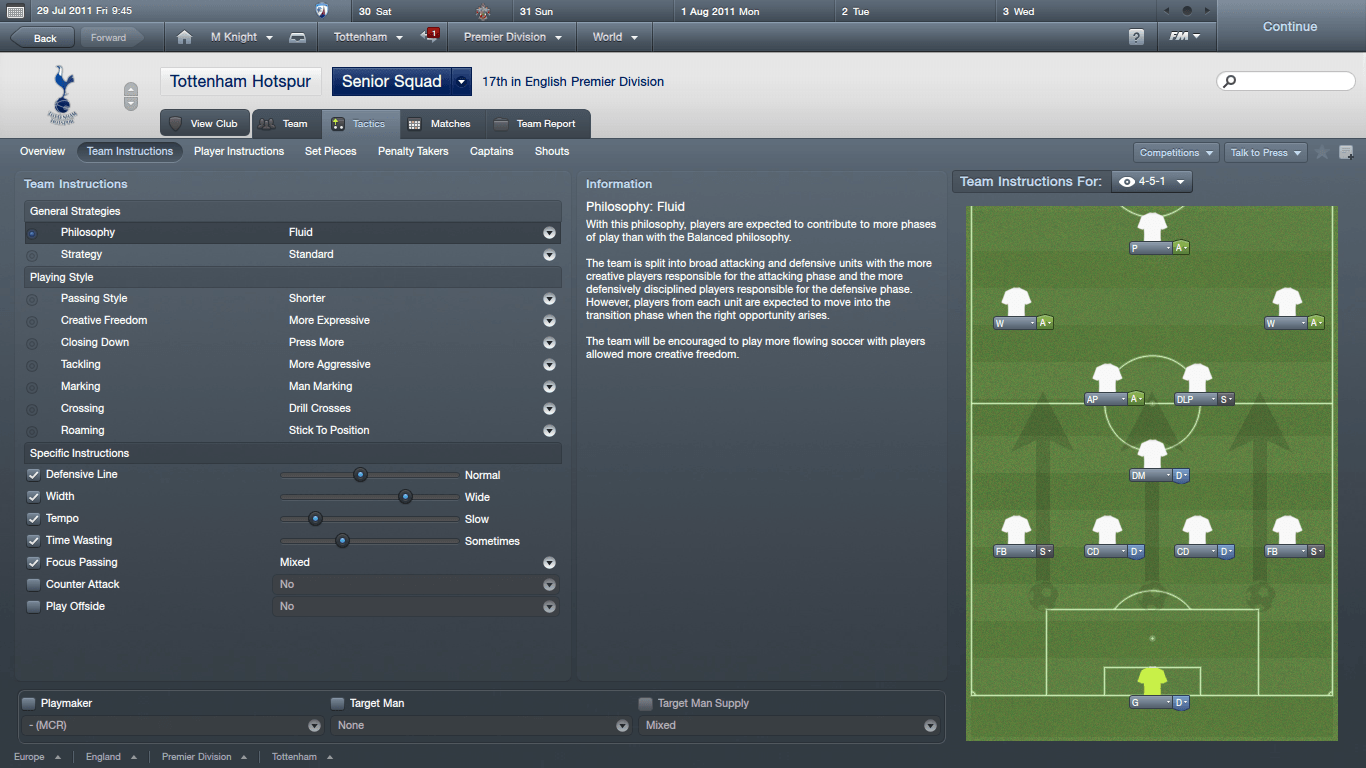 
Tottenham have finished their preseason training. The results:

All my fixtures were played away from home...
Login to Quote

You are reading "A new SCOT on the blocks - Mark Knight".