FMLAD
9 years
LFCMARSHALL’S latest update is being used the (18.8.12) update

Just after Alex Ferguson had signed clinical striker Robin van Persie he announced his retirement, this was no shock to van Persie as he had already told him beforehand about his resignation, and took Robin’s opinion about who would follow him on.

“Well, Alex, when I was at Arsenal we used to have a First Team coach, named Josh Sleightholm, we all loved him, he knew how to treat us, he knew how to get us up to the next level, to make us better players, he is the reason Alex Oxlade-Chamberlain is a good as he is now, he used to give him that little bit of extra coaching, and look at him now, an absolute wonderkid! But he left due to differences with Arsene Wenger, was very sad really, but I would be delighted to be reunited with him again, he is the man for the job, boss.”

“Very well then, I’ll contact him as soon as possible!”

Mr. Sleightholm walked down the corridor towards what would soon be his office, seeing all the Premier League Titles they had won all up on the wall, he stopped, took a big breath, and knocked on the door…

“Welcome Mr. Sleightholm, please take a seat. So we have had a hint that you will be the perfect manager to replace Alex, all you need to do is sign here, here and finally, here. Then we can talk about the three T’s; Targets, Tactics and Transfers.”

“Glad to announce you my new boss, *Laughs* As you probably know I am the Captain of United, whether or not you decide to change that is entirely up to you, I respect every one of your decisions as does everybody else.”

“Thank you Nemanja, and Thank you David, for trusting me with this position. I will be sure not to let you down!”

“Well I better be off then, thank you all so much for supporting me these all these years, and I wish United luck in the future.”

“See you in a while”

“Bye Alex, good luck in the future, all the boys are outside ready to say they’re goodbyes”

Tears dropped from Alex’s, David’s, and Nemanja’s eyes, as he left the room and when he opened the door a huge noise erupted, all the players stood there clapping their hands as he opened the door, and each one had donated 50% of their wages from last week to Fergie, every single player, even the staff had given some towards him, along with several bottles of champagne and things to remind him of his unforgettable career at Manchester United Football Club, The Red Devils, the club he loves.
Login to Quote


Sleightholm entered the room where David Gill stood with a plan of the players training schedules to make sure each of the categories had staff in them.

The decision they came to:

Sleightholm walked down the corridor, and up the next flight of stairs to reach David's office to talk about the upcoming season, he stopped at the door, pulled up his tie, and brushed any dust of his expensive suit, and knocked on the door.

"Come In! Morning Josh, please take a seat. So, Josh, we have to discuss your aims for this season, what do you think you can achieve this season?"

"Realistically, I think qualification for the UEFA Champions League shouldn't be any problem at all, but winning the League Title could prove difficult with Manchester City, however if I can find the right players to bring into the squad to improve, it shouldn't be hard, so onto the trans-fer targets?"

Good, good, they were the exact targets me and the rest of the board had come to, but moving on to transfer targets, who do you have in mind?"

Well, give me a couple of days to gather scout reports, D'Onofrio and Bein should have theirs ready shortly, I'll inform you then.

Good, but Sleightholm before you leave, I would prefer some young players with a lot of potential, so we can secure first team names for the future.

Of course boss, see you soon!
Login to Quote

Sleightholm to bring in new faces?

All 3 men who consisted of the manager, chairman and the head scout sat down to discuss three players D’Onofrio had suggested

“Well, I’ll get on with this quick, now that Lindegaard has been told he is on his way out I suggest we get Craig Gordon on a free transfer for back-up to De Gea, then as a 3rd Goalkeeper I think we should by Laurient Branescu to compete with Johnstone for 3rd spot until Ben Amos returns, then we know who our 4th choice is. My next suggestion in Yaya Sanogo, highly rated, and finally 22 year old Javi Martinez to either go along side, or replace ageing Michael Carrick.

I think we should go ahead with them. There's my input

Martinez would be available for maybe 22M? Sanogo for 2M complete bargain, and Gordon for free, David?

Really boss? Well lets do it, and hope for the best!

Sleightholm has now confirmed he has finished in the transfer market now, obviously if there are any unmissable offers he may think about it, but he is 99% he is now finished. He stated in a press conference.
"There will be no more further action in the transfer market, all signings are made that we feel we need for the upcoming season"

The 22 year old defensive midfielder joined United as either a replacement for the ageing Michael Carrick or to go alongside him depending on Carrick's performances.

The Ex-Auxerre player was recommended by 3/4 scouts and was available cheap. He will secure a future first team place if he performs well at FC Twente who he has been loaned to.

Another recommend youngster like Yaya, but unfortunately he will join at the end of the season meaning he will lose a year of the way I develop my youngsters.

Another competitor for the either RB/LB spot depending on how well Rafael and Evra perform. Snra was a second option as I intended to by Davide Santon, but I did not agree on the price the Toon wanted.

Back-up keeper as Anders Lindegaard is on his way out. Experienced and knows what he is doing, will probably tutor De Gea.

Not heard of that often around the footballing world, but he really is something to behold, he has been labelled the next Phillipe Mexes, and has the potential to be as good as captain fantastic Nemanja Vidic.

Akash
9 years
You are really approaching this career with a 'scruff of the neck' approach. Sacking your entire staff, releasing youth and a lot of signings made.
I hope you do well. Good luck!
Login to Quote

#63667 akash.vidyasagar : You are really approaching this career with a 'scruff of the neck' approach. Sacking your entire staff, releasing youth and a lot of signings made.
I hope you do well. Good luck!


I like staff with high stats and high reputation, and the youth was shit anyway only 1 star potential, and thanks!

After tireless negotiations between Sleightholm, Gill and Di Salvo they all finally came to the conclusion of who they would play in their pre-season friendlies.

Friendlies Report:
Not bad at the start, van Persie grabbing an astounding 6 goals in 3 games, and Rooney picking up a few. Played the youth team in the final two matches and I have to say the results don’t match what happened, they didn’t play that well some of them. But I now have my first eleven sorted after reviewing the friendlies.

August Update Next: How will the first game of the season go?

Yes, a very shaky start indeed, I will only give clues about the results in this review, *shaky start* etc. is one. No players really stood out of the crowd they played all at the same-ish level for all 3 games, if there's anybody I'd have to choose Patrice Evra, only just. I won't go on with this to long cause no-one will read it any way

Holt key as United lose out

Manchester United have drawn Zenit, Juventus and Molde in the UEFA Champions League.

They have also drawn Arsenal in the 3rd Round of the Capital One Cup.

Monthly Review- Inconsistency gets you nowhere...

Title explains all, we haven't had the best start to the season, but they are just getting used to the tactics and everything will be flowing nicely soon enough. Sorry I haven't updated in a while, glued to the T.V with bits and bobs about the first United match of the season, which didn't go well

Reading lucky to claim a point at Old Trafford

Shinji Kagawa has left Manchester United due to difficulties settling in, he will return in the next few weeks
http://u.goal.com/198200/198289hp2.jpg
Login to Quote

Akash
9 years
What happened to Kagawa? Homesick?
Login to Quote

FMLAD
9 years
Yeah, bit disappointed, let him go for a while instead of spending money to buy someone else to help him settle.
Login to Quote

Getting better results over the months now, well except this months opening game shocker!

Sunderland hold United to a draw 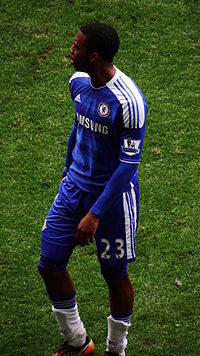 FMRegen27
9 years
"And Then Van persie left!"
Yh seems like arsenal are in all sorts of trouble *cough* 5-1
and also story looking nice hope you keep it going
Login to Quote

You are reading "Manchester United. Reign of the Reds.".