FMRegen27
10 years
I Just Love the fact that you're all managing big clubs :/, it's easier to get regens when you're a big club
Login to Quote

its me
10 years
must say im not a fan of these regens . i personally think there are way to many regens of amzing quality. and to many from south america. it makes the game unrealistic
Login to Quote

sevannime
10 years
hey! anyone with a Ghanaian regen?

I have one somewhere. Will post him when I find him (if I ever find him).
Login to Quote

#65590 craborumtoon : This was a great thread to do FMRegen27 - Liking seeing peoples regens 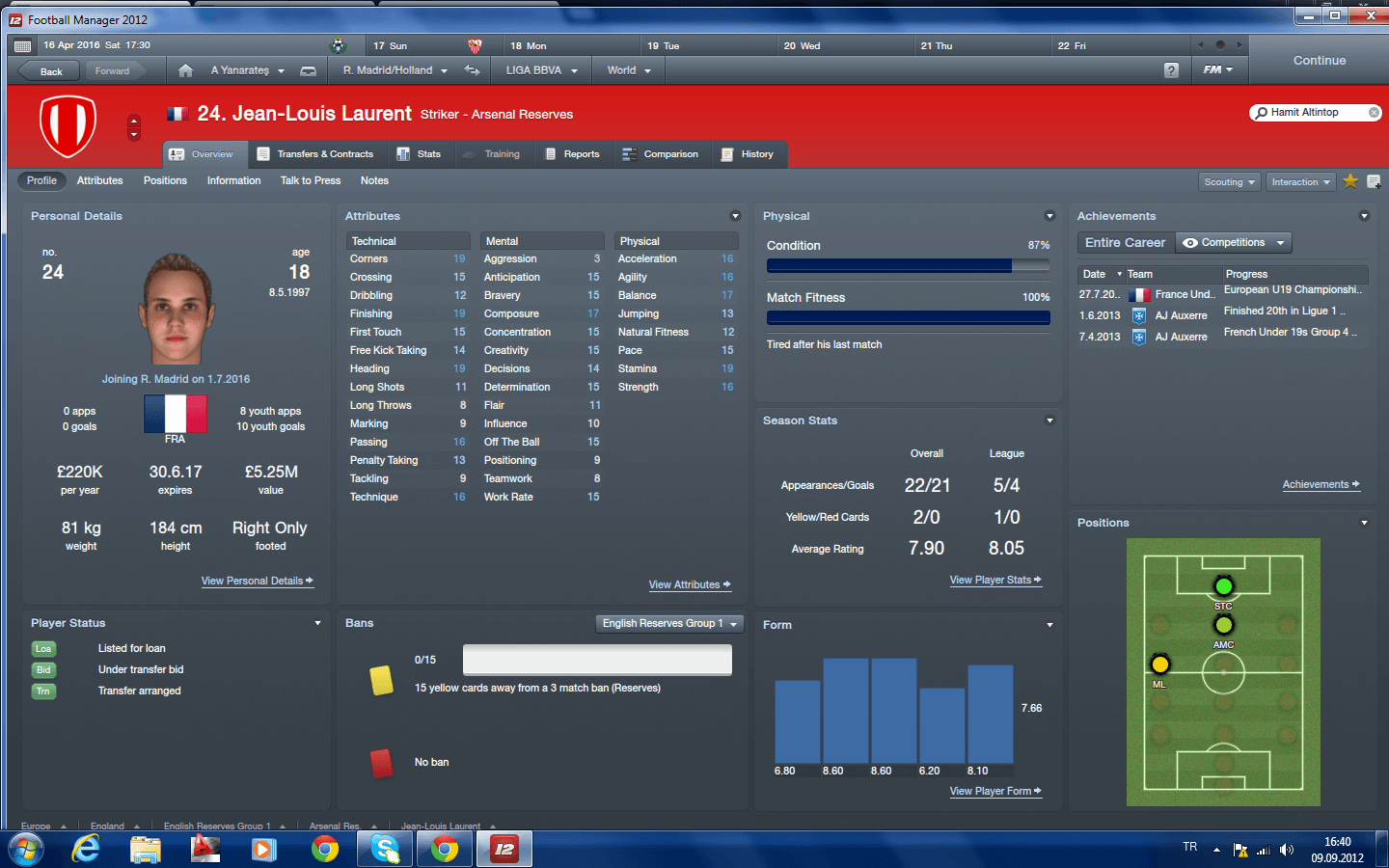 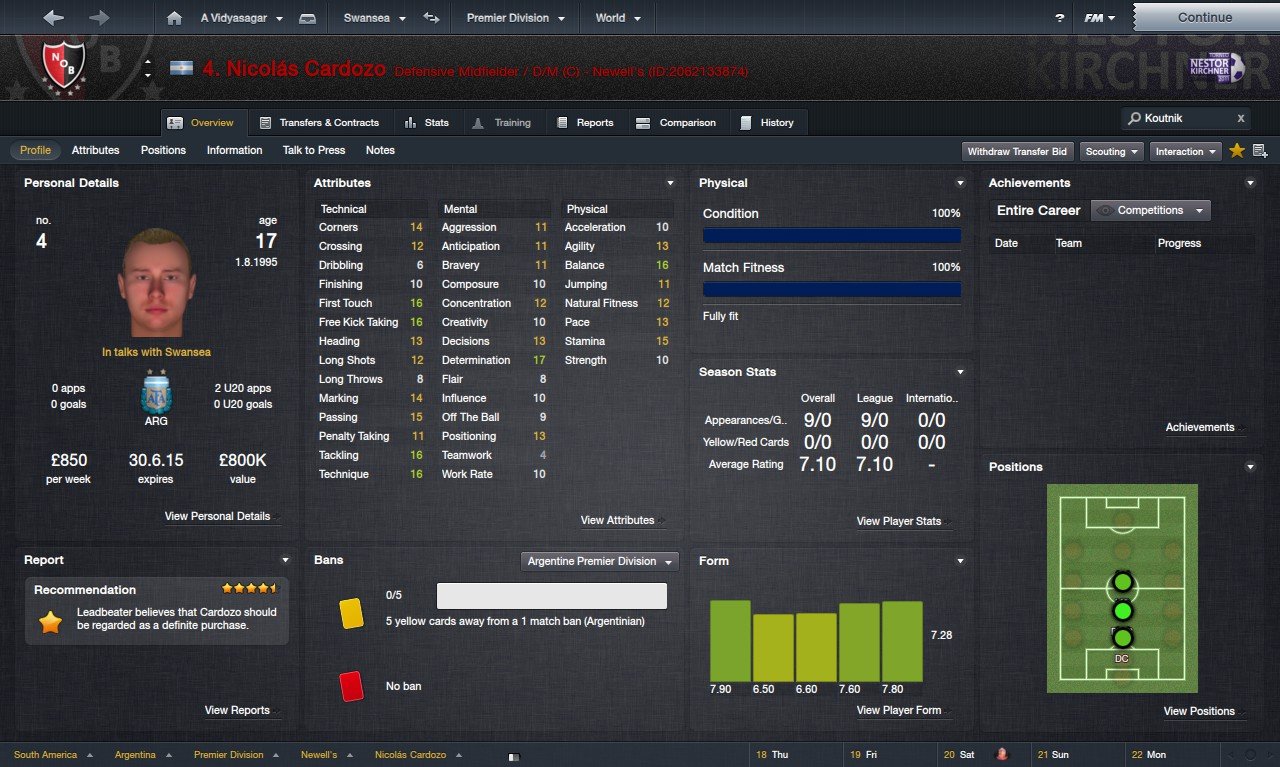 I think he is pretty good- in fact so good he is in my England squad even though he is only 18! He has 4 star potential and he played 32 games for me when I was managing Arsenal!
Login to Quote

Chwali
9 years • Edited
I enjoy finding regens. It's not that easy in my case to sign them, because I play Polish Premier League and not every player is keen on coming to my club - Lech Poznań. Last year I won The Champions League but that didn't change the situation a bit. Nevertheless here is my best regen who was trained in my youth academy (which makes me almost proud :)). From the begining I knew he was someone special, that's why I let him play in Polish League when he turned 16. From that time he's competing for a leading striker with Jelle Vossen. Because he plays for my team, he does it almost for free. Last screen's saying that he has beaten all the records when it comes to "the youngest player to score etc.". The only con is that he's trying so hard and he's so dedicated that he gets a lot of yellows. That's why he had to bench the final of Champions League which my team won last year (beating ManU 2-1 in overtime

He got regenerated from my Brighton use system. When I moved to Wolves I got him for £4m (4 years ago). He initially had 13/14 acc/pace and just 6 strength. He has "knocks ball past opponent" but rarely uses it from some reason.

This is my best regen in general. Scores loads.

Best shot-stopping goalkeeper regen I've ever seen. 18 agility and 19 reflex? What more do you need? With my rotation policy it's ideal to have a high-influence goalkeeper captain as well.

Hit his peak about 19 though. Guess he had low PA.
Login to Quote


I have another & i got another good little regen. He's not as good (YET) as the other regens in this post but for a 15 year old you can most almost guarantee he's gonna be amazing!!!
Login to Quote

You are reading "Regen Wars! "The Show-Off your regen Thread!"".