Burning Inside:
The Devils Apprentice 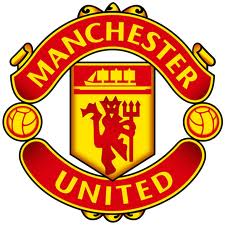 June 2011
As I lay there in bed and listen the rain hit of the window, like the sound of golf balls. I just think back to my playing days, the days were I was happy and having fun. But look at me now I had it all and now I have nothing. I am not happy anymore; I have to do something to get my mind of things. But what, what will make me happy again. I have tried Golf that was ok for a few Mounts but then just pissed me off. As I sit down and turn on the Television switch the channel to Sky sports news, Breaking news Alex Ferguson said he will leave Manchester united at the end of the season,. Wow when I woke up I was not expecting to see that on the news. So as I sit there thinking to myself it occurs to me, this is a sign go get my Coaching Badges. I should of done this a long time ago. That is what is wrong with me I miss the Beautiful Game.

So as I now know what I want to do I am on the phone like a light and I am asking the questions what do I need to do and how. I ring up Uefa and I say who I am. I get put on hold for about 30 seconds and then I hear a voice. So I understand you want to get your Badges well here is a little information on what you have to do.

The FA coaching course pathway is divided into three principal strands. The first entry point and foundation for all coaches is Level 1 which is a certificated course and allows progression through Level 2 and Level 3 up to the UEFA A Licence which is the qualification held by the managers of high level clubs and national teams. The second strand offers specialized training courses concentrating on targeted areas of the game such as football for the disabled and goalkeeping. The last strand focuses exclusively on the youth game and the need for different skills and tactics as players develop physically and mentally and progress through the game.

I am sorry but it is slandered Policy to read that out I hope you understand. Yes that is fine. When do I get started I need to have it as soon as possible. Just one more thing to read out Sir, National courses tend to focus on higher level FA coaching badges such as the UEFA A License that have relatively few candidates so running local courses would not be practical. Because of their nature, they normally require time away from home/work and are both intensive and residential and offer excellent networking opportunities as well as the chance to gain exposure to some very experienced coaching mentors.

Yes that is what I want to do. Ok Sir can I get your name, Age, and have you any Football Experience before this. Yes Sure I am 46 My Date of birth is 24 May 1966 I was Born In Marseille, France, And past football Experience is em let me see; I have played for Auxerre, Martigues, Marseille, Bordeaux, Montpellier, Nîmes, Leeds, And Manchester United. My full name is Éric Daniel Pierre Cantona. 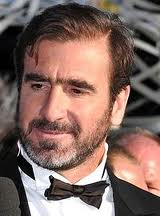 O Mr Cantona you should have said there is a course starting next week goes on for 6 months can you make it. Yes I will be there. Ok we will email you the Time and place. Ok thank you for your time.
Login to Quote 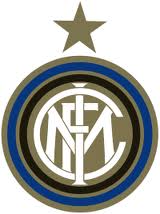 So as I look over the email that I have been sent, I see that I will be going over the Milan for 6 weeks for training and also because of my football experience I don’t need to go true all the levels. I will be spending time at inter Milan to learn the ropes. So as I pack up my stuff and say goodbye to my home, I look at myself in the mirror and I see a smile on my face 1st time in a while that was been there. The long Plane ride took 10 hours I am so tired it’s unreal. As I go true checking I see a man standing there with my name He must be bringing me somewhere.

As I make my way to inter Milan I am giving a sheet of paper with all the different things I must complete and what time everything starts at. So I just start thinking I can’t wait for this I know it’s going to be hard graft but I am up for that.

Week 1
So with the 1st week about to start all about this week is Talking to players so with that I am brought into the Inter dressing room and left there with the team and told to give a team talk this will be fun I thought, ok lads we are playing well at the moment but we can play a hell of a lot better the football that use are playing is nice but it’s not great if you want a spot in the 1st 11 so me what use can do. I was told that was a great team talk and stage one is complete.

Week 2
Coaching this goes on for the next 3 weeks all the way up to week five. I have to train the players and talk to them so I watch how everyone else is doing it and write it all down I am called over to do a drill with them I get them all around in a group and start doing ball work with them . as I am doing it I get a look from the coaching staff and one person comes over and says your doing a great job you were born to do this. 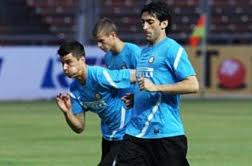 Week 3
This week is all about doing a 2 hour Gym work out with the players not to push them to hard though. As I am in the gym I get them all on the bike for 15 minutes lads go at your own pace, the last 10 give it all use have got then over to weights. Good work on the bikes lads now some leg weights I want 20 minutes of use to push it to the limited ok go. Great work today lads keep it up. 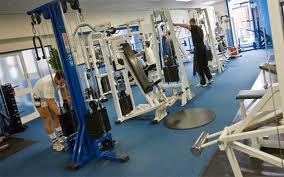 Week 4
This week is all about doing a half day coaching on my own with the team. So I am up bright and early and am outside and all at 8.00 to set up. As I see the team coming two players are late. I have decided to do what any manager would do and that is punish them so I did 45 minutes running. So with two players running I took the other group and did a warm up that went on for 30 minutes. After that we did ball work and then a 5 a side with keepers. I thought it went well.

Week 5
This week it was all about doing a full training session and to get the team ready. So here is a breakdown.

I wake up and make my way to the club only to find that my car is the only one here. But that’s ok I want to be here 1st. as I put on my shorts and top I go for a run on my own just to get ready and keep fit myself. I arrive back at the club at 7.15. I go in and half my toast and then out on the grounds for 8.00. I start off with a warm up to get the players ready. 9.15 we start ball work for 45 minutes. After that its defending corners and hitting on a counter attack. 10.00 is set peace training for an hour and 15 minutes. 11.15 till 1.30 break. After break we start with another warm up and the sprints and headers and then into a five a side match. When that is finished a warm down and into the dressing room for an hour of Tactics. And finish up at 5 a good days work. 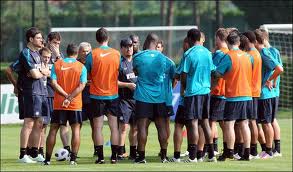 Week 6
Is again to look at what is beaning done and a test at the end of it all. So I have set down and done the test it was hard and 2 hours long now I wait for them to come back and tell me if I have passed and am able to coach or not. And then some great news I have done it I have passed I can now manage any team in the world. Also a little letter was with it saying that because of who I am I did not have to do the full year and half of the course to get the badges. I did not care I am happy also inter asked me to stay on for 3 months to get more experience behind the doors and I said yes. 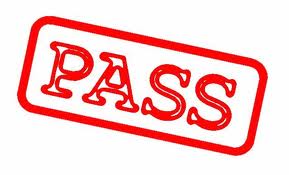 
I have gone and put my name on the managers list so now I just sit and wait until I get a job offer. And while I am waiting I get to work at Inter Milan training. Two months have passed and still noting but I don’t mind I still have a mount left with inter and I am doing really well there, but I don’t want to be a coach I want to be a manager Inter Offered me a coaching role at the club and I said no I want to be a manager.

And then out of the blue I receive a phone call: 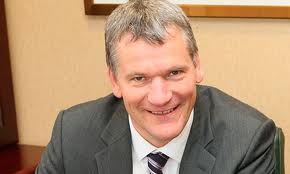 Me
Yes hello who is this?

Mr Gill
This is David Gill from Manchester United Fist off all let me say well done on getting you Badges.

Me
Thank you Mr Gill, what can I do for you today?

Mr Gill
As you probley already no Mr Ferguson is leaving at the end of the year and we have made up a shortlist of new possible managers for the club and your name has popped up. We were wondering if you could come in on the 10 of July for an interview.

Me
Really yes of course I will, I would love to become the next manager of Manchester United and try to carry on the Legacy that is Ferguson.

Mr Gill
Ok that’s set I can’t wait to see you in 5 weeks and will see you then Bye.

I could not believe the phone call I have just received, a chance to become the next manager of Manchester United is a unreal chance there are so many better managers than me out there. And I bet there will be a few of them at the interview. Even with the news I have got I still had to carry on with the job at hand and that is watch the team training and doing a few drills.
My dreams are coming true, I know I don’t have the job just yet but even an interview is a good thing at the club that I love so much. As I looked at my email’s there was one of Ferguson saying that if I play my cards right the job is mine. That as soon as he heard I got my badges he said to the broad that he wanted me at an interview. I am so happy is this all a dream I hit myself to see and no its not.

With one week until the interview I have wrote down notes and half even wrote what I want 10 years down the line for the interview. I am going all out to get this job. I want this more than anything else I ever wanted.
Login to Quote

TheChosenOne
9 years
I bet you don't get it

You are reading "Burning Inside : The Devils Apprentice".