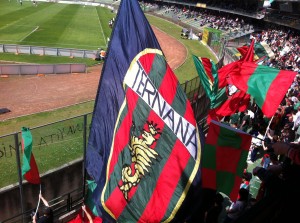 Though it is only the first match of the season, the match between Pro Vercelli and Ternana could be vital come the end of the season. With both team's touted for relegation, Lahart will be out to impress. It is thought that Séamus will be looking to keep it solid at the back for this tough away tie, playing a more defensive tactic than what he played in the side's 1-4 hammering by Cremonese. With all 3 senior goalkeepers injured, under 18 goalkeeper Massimo Citino, has been called up to make his first-team debut.
Login to Quote 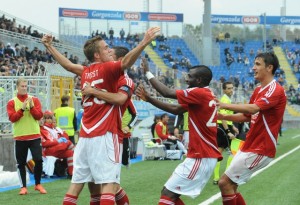 Séamus Lahart could not have asked for a better start to his league campaign, grabbing all 3 points thanks to a Gustavo Capellino goal in the 93rd minute. Ternana started brightly and finally broke the deadlock just before half-time thanks to a Spas Delev half volley.

Pro Vercelli however, came out "All guns blazing" in the second half and after a barrage of attacks made it 1-1, Gaetano Caridi breaking through the defence and rounding off the 17 year old goalkeeper Massimo Citino.

The match looked certain to finish as a draw until along came Gustavo Capellino and cooly chipped the keeper, sending the Ternana away support into raptures. They do say "A good start is half the battle" and if that saying is to go by, Lahart's Ternana should be just fine this season.


haha yeah I went mental when we scored ! Slid across the floor on my knees!
Login to Quote

adonis_p
8 years
Love this story! Forza Italia! With the Leece story and my Napoli story, one day we will take over the world with Italian footy!
1
Login to Quote

The town of Terni is at fever pitch with excitement for the derby match with Hellas Verona. with Alberto Brignoli back from injury, Lahart now has his full squad to pick from. Verona, the favourites for the crunch match, have no more than 4 injuries in their squad including star left-back, Ivan Fatic.

The match has the potential to be a classic but both side's will have to be at their best to grab all 3 points. 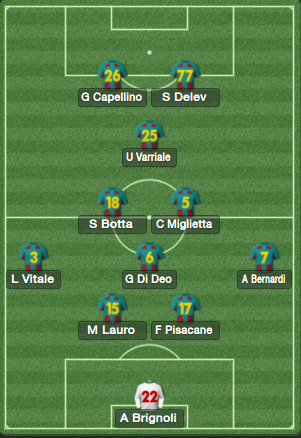 Thanks very much mate! Yes ! Forza Italia!!
Login to Quote 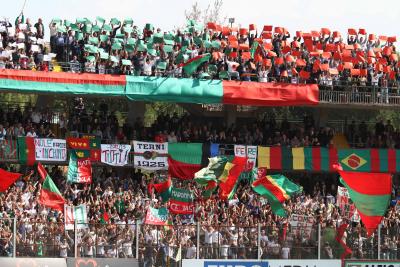 In what was billed as the biggest match of the season so far, it lived up to expectations. For one team anyway.. Séamus Lahart will be devestated at his side's laclustre effort of defending. 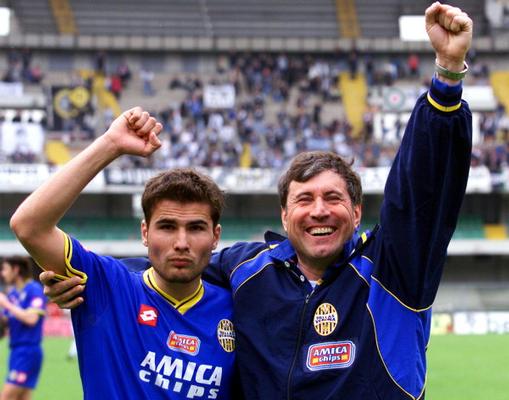 From the off, it was clear there was a gulf in class between the two teams. The scoring opened in the 22nd minute when Martinho released a venoumous volley from all but 30 yards. The Ternana defence helf firm until the final 10 minutes of the game when Grossi and Bojinov rounded off a brilliant day at the office. 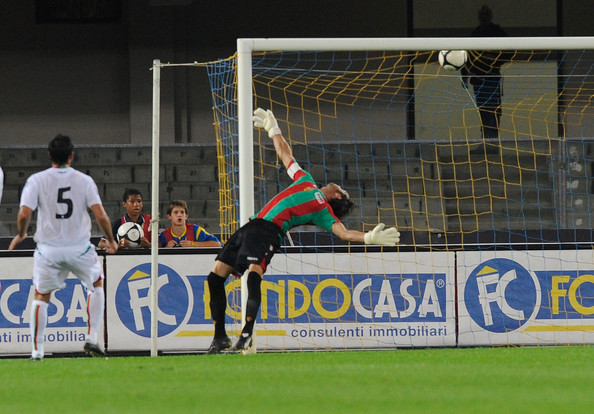 It was as Séamus put it "Embarissing and humiliating". Ternana's 0-3 loss to rivals Hellas Verona is set to be a catalyst for big change within the club.

Lahart then went on to say "It's no suprise that people are saying we are one of the favourites for relegation this season. That performance was rubbish. Trust me when I say this, you will never see our side play that poor again under my reign. This loss however might come as a wake-up call. Big changes will have to be made."

Séamus let loose on the players in the dressing room after the match. Player by player, he picked out the bad points in their performance. From the press area, he could be heard shouting at Spas Delev, "Un uomo senza gambe avrebbe fatto più in esecuzione di te stasera. E 'stato vergognoso da voi. Mia nonna avrebbe potuto segnare fuori stasera" which translates into "A man with no legs would have done more running than you tonight. That was disgraceful from you. My grandmother could have scored out there tonight." 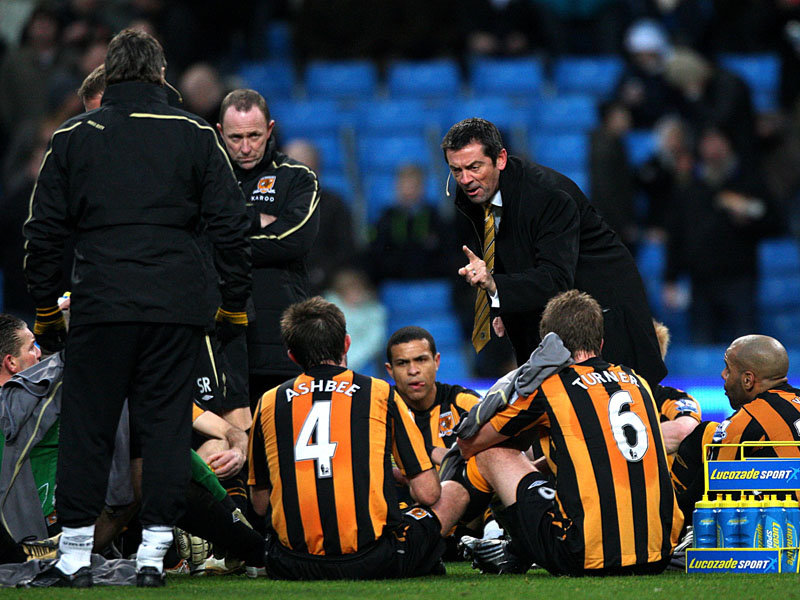 The day after the match, Lahart sat down with his assistant manager, Luca Altomare. In this meeting, they devised two new tactics to use. One attacking 4-2-3-1 and one defensive 5-2-3. Together, Lahart and Altomare believe that these tactics will be enough to see them escape the dreaded drop. 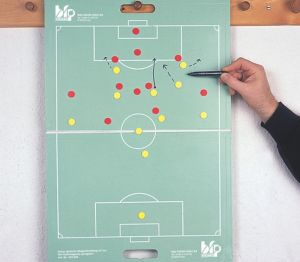 The sttacking 4-2-3-1 formation has the potential to be a big hit. Similar to the 4-3-3 formation, this tactic is a prime example of modern, attacking, passing football. With the use of attacking full backs, a trequartista and 2 inside forwards, this tactic is in a way, reminiscent to the present Barcelona tactic. 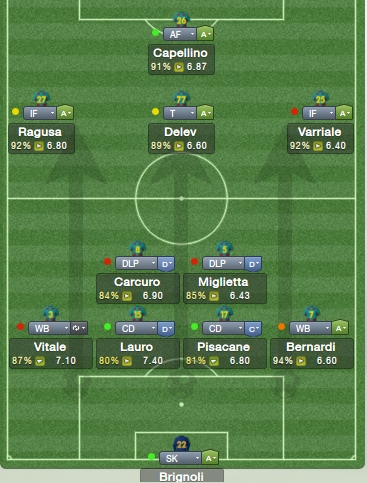 The defensive 5-2-3 tactic was made for matches against bigger teams or for when the team is in a bad run of form and just need a clean sheet. This tactic uses 3 centre backs and 2 attacking wing backs. It's main aim is to keep it solid at the back but ready for a counter-attack when allowed. 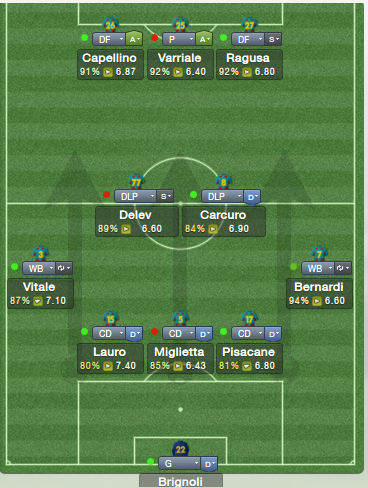 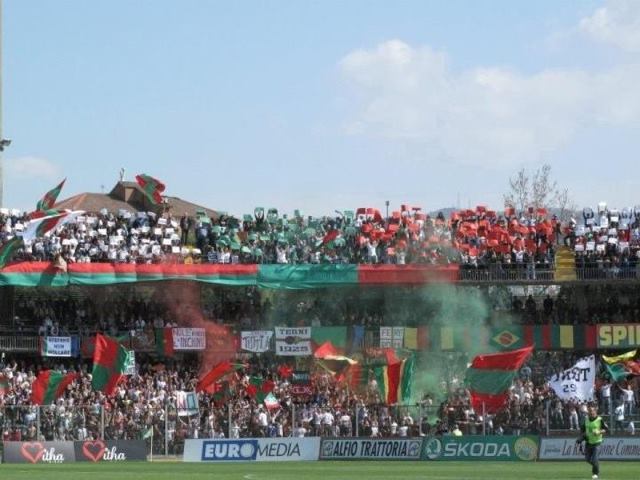 Ternana boss, Séamus Lahart says he is "well prepared" for top of the table Juve Stabia. Stabia, who many predicted would be a mid-table team this season have performed well above expectations topping the table with 7 points. Past matches between these two teams have been very bad tempered and Lahart is calling for players to "Use their heads".
Login to Quote 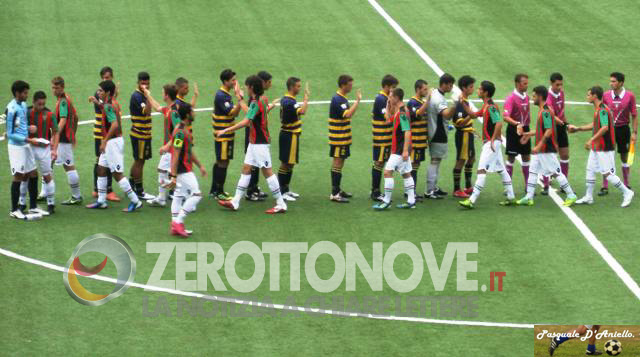 Ternana boss Séamus Lahart has decided to focus on the positives of his side's 0-1 defeat rather than dwelling on the negatives. In what was an end to end match of the highest quality, Stabia were quickest out of the blocks with Tomas Danilevecius nodding home after 5 minutes.

With football of the highest quality on show for all to see, the next big moment in the game happened when Gustavo Capellino found himself straight through on goal. He cooly slotted it past the keeper, only to be denied by the inside of the post. Shortly after the break, Spas Delev had a goal disallowed for offside.

The rest of the game was high octane end-to-end football with no side really making a clear cut chance for themselves. Though the game finished 0-1, Ternana manager Séamus Lahart can take many positives out of this match and is sure to try and build on this good performance.

You are reading "The Ternana Tyrants".