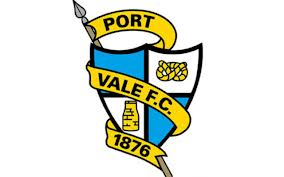 
I am going to do a story in the lower leagues as I have never done one there before. I don’t know the first thing about Lower League Management but that’s what will make it more fun. I want to go from bottom to top with the club Port Vale. Here is a little information about the club.


Port Vale Football Club is an English football club that plays in Football League Two. They are based in Burslem, Staffordshire, one of six towns that make up the city of Stoke-on-Trent. The club's traditional rivals in the city are Stoke City, and games between the two clubs are known as the "Potteries derby". However, the last derby match took place on 10 February 2002 and with Stoke City in the Premier League, rivalry has increased between Port Vale and other local clubs, namely Burton Albion, Macclesfield Town, Shrewsbury Town, Walsall, Wrexham, and Crewe Alexandra.


The club is in administration and Paul Wildes is looking to sell the club. The club have Average Training facilities and Average Youth facilities. The Media have predicted that the club will finish 24rt. So it’s going to be a tough season with a lot of up and downs.


The goals I have set myself have nothing to do with the Broad.


Not much to work with put I will try my best. I am very confidant on keep the club up this season otherwise I would not have taken the job.
Login to Quote

In the first day at the new job I looked over the club friendly’s. And decided to cancel 2 of them to try and get bigger teams in to get the extra money and to my surprise I Got to play Liverpool and Newcastle at home that brought me in 390k witch I think is good business.


Over the next few weeks I had to wait until I was able to look for players. The PFA said I was able to buy players again so that’s what I did here are the players that I brought into the club.


Those are the players I brought in to help the team stay up this season and I am sure they can fit right in and do the job I also moved 4 players from my under 18 team into the first team.


With only one player sold I feel that is loads. The team have a lot of young players and I want to see how they develop over the season before I make my final decision if they stay or go.


In preseason I found out what players are going to give everything for the team and some players that will give 75% I will be using 4 Tactics with the team this season to see what one works out the best.


The club made a profit of 310k this month and that was all over the two big teams in my friendly match’s.

I will update after the first five league games thanks for reading.
Login to Quote