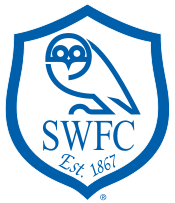 Sheffield Wednesday Football Club is a football club based in Sheffield, South Yorkshire, England. Sheffield Wednesday is one of the oldest professional clubs in the world and the third oldest in the English league. They won the second ever football competition held, the Cromwell Cup, which remains in their possession. The Wednesday, as they were named until 1929, were founding members of The Football Alliance in 1889, and its first champions that inaugural season. The Wednesday joined The Football League three years later when the leagues merged. Sheffield Wednesday were also one of the founding members of The Premier League in 1992.

Their main rivals are Sheffield United,the two clubs having contested the Steel City derby on a regular basis for some 100 years. Hull City, Barnsley, Leeds United, Bradford City, Huddersfield Town, Rotherham United, Chesterfield and Doncaster Rovers are also local rivals. The Owls have spent the majority of their history in the top flight of English football since joining the Football League in 1892. They have won four League titles, three FA Cups and one League Cup, but their League Cup triumph in 1991 is their only major trophy since 1935.
Login to Quote

Blue
10 years
Will definitely be following this! Really good luck, hopefully you can take them to glory!

Dave Jones has resigned as Sheffield Wednesday boss, the board can confirm, this was a drastic decision after Jones had only been manager for less than 5 months,for reasons that are private to Dave Jones and the club and cannot be spoken about in public.

Rumour has it that Mandaric and the board have decided to go with a younger manager who will be revealed later.
Login to Quote 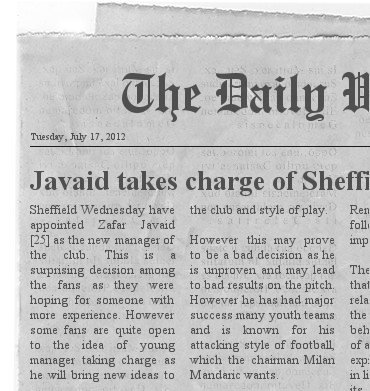 promitch
10 years
Love the Wednesday will be following!
Login to Quote

As an owls fan from afar I will definitely be following.

I hope you can bring glory to the right side of Sheffield.


Thanks mate
Login to Quote

As an owls fan from afar I will definitely be following.

I hope you can bring glory to the right side of Sheffield. 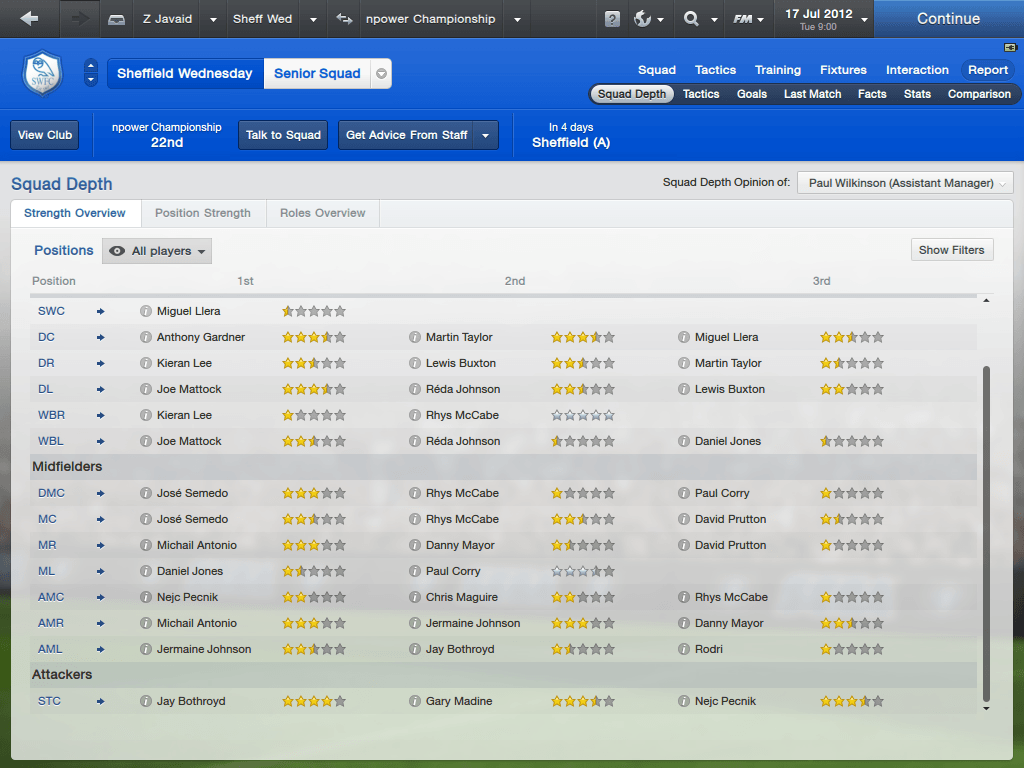 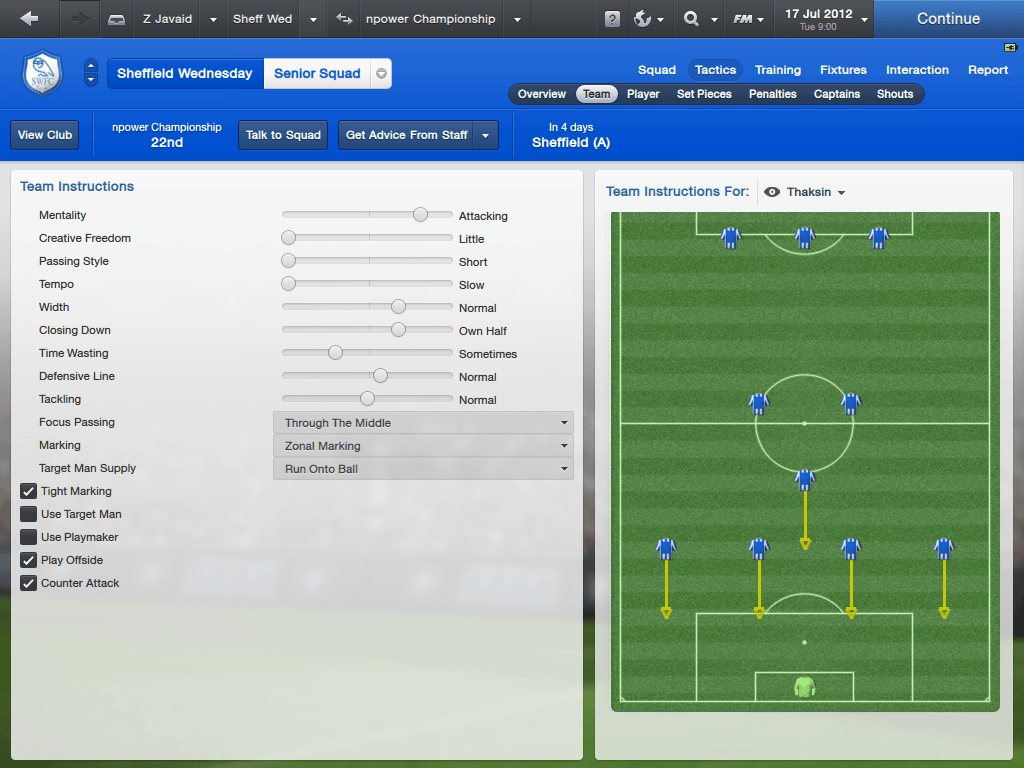 
Fans are jubilant at the news that The Wednesday have signed 3 top players which now puts them into a promotion challenge, this is probably the last piece of business done by Wednesday in the transfer window, and the club have also seen no departures out of the club. 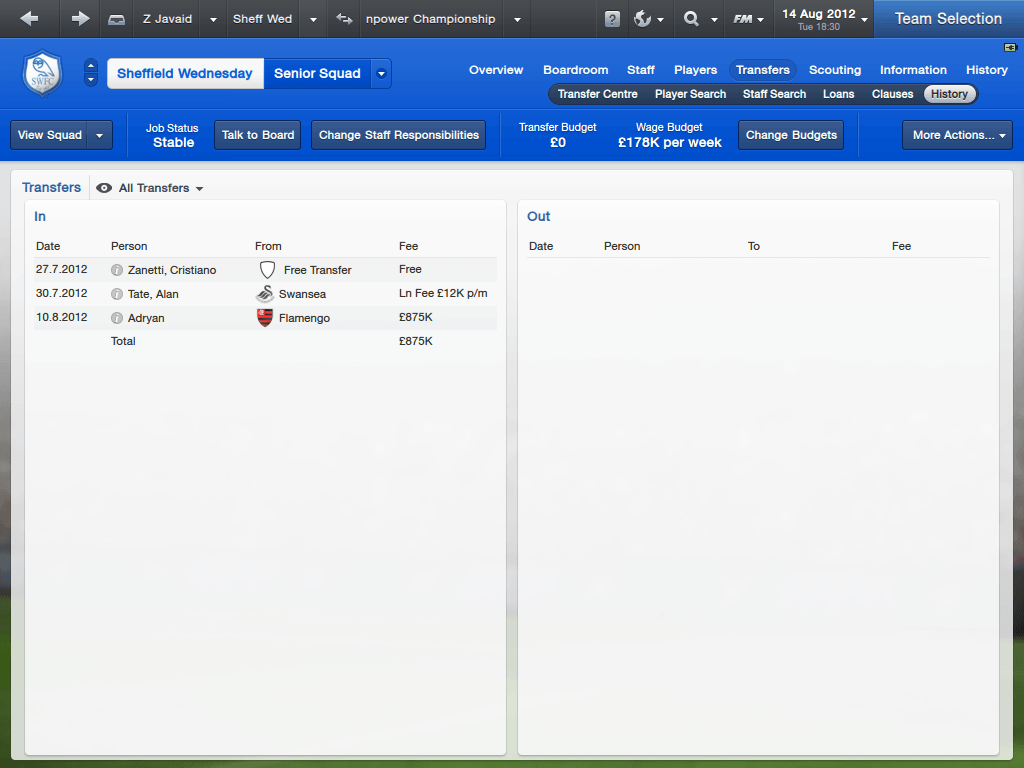 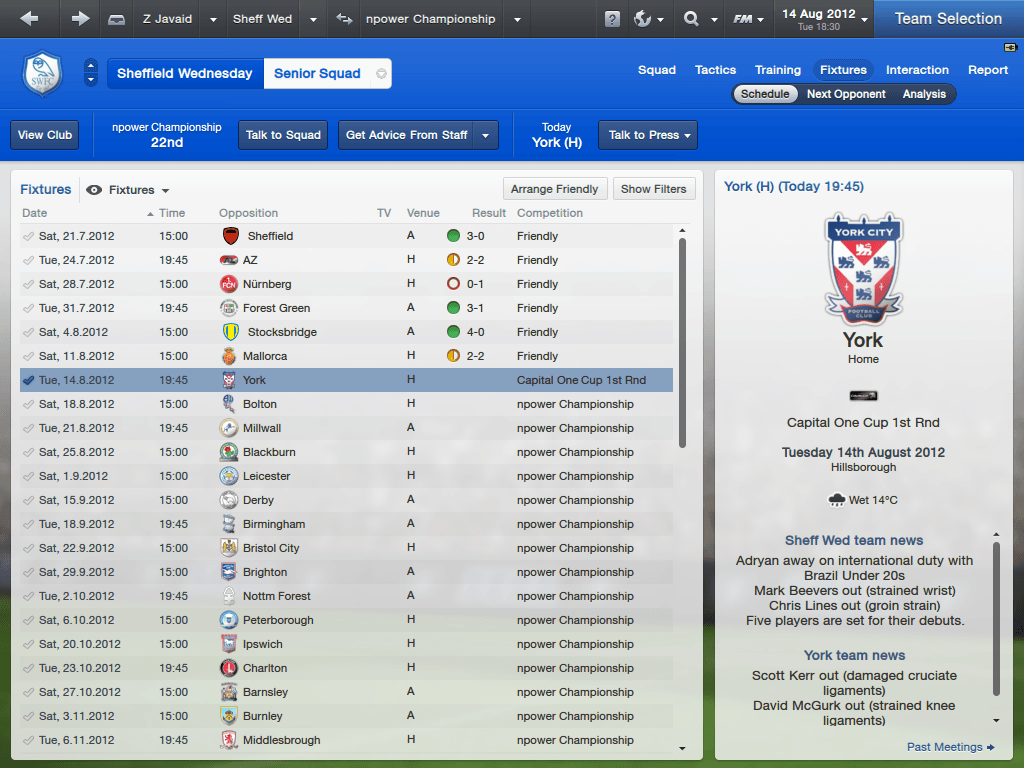 Review: Pre-Season went pretty well for us, I thought my team had a decent one, we manage really good results against AZ and Mallorca who are in the top division of their leagues and won some other games to, a narrow defeat against Nurnberg was disappointing but I thought we done enough in that match to win.

BUT nevertheless my squad are rearing to go as we now progress to the start of the new season!!!

COME ON YOU SUPER OWLS!!!
Login to Quote

Jer
10 years
Nice start, I was about to make a Sheffield Wednesday story as well. I didn't and I am glad that you are doing the story.
Login to Quote 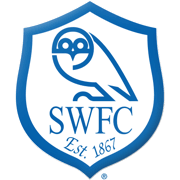 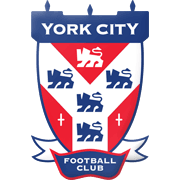 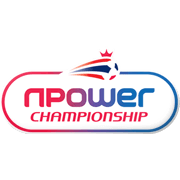 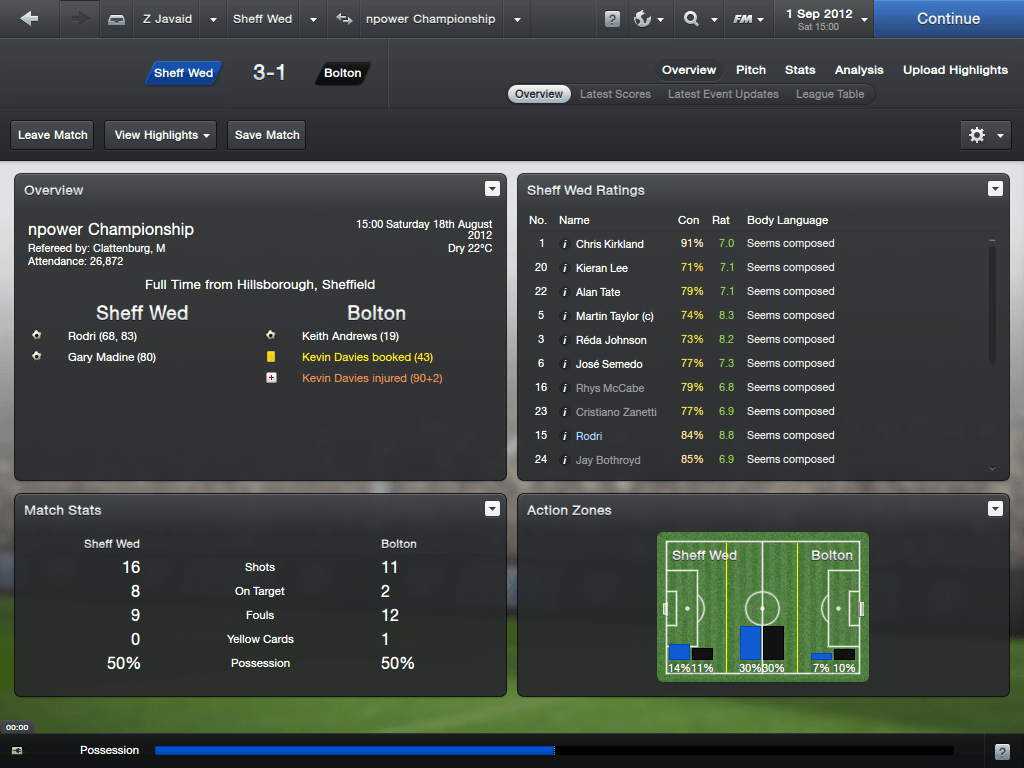 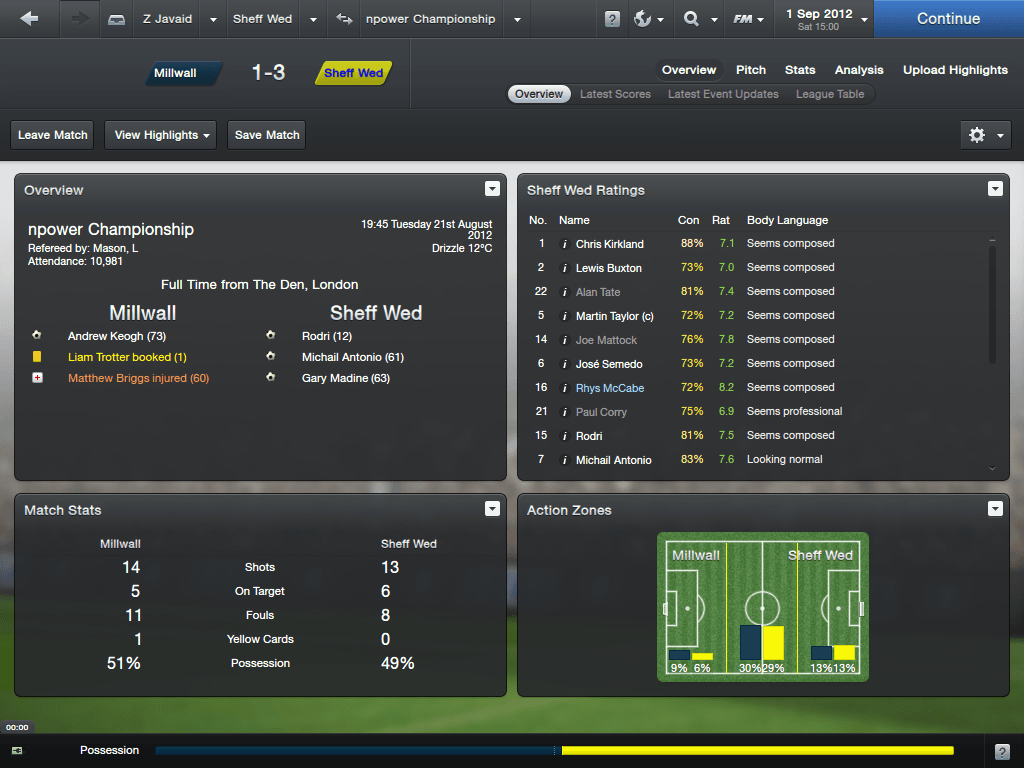 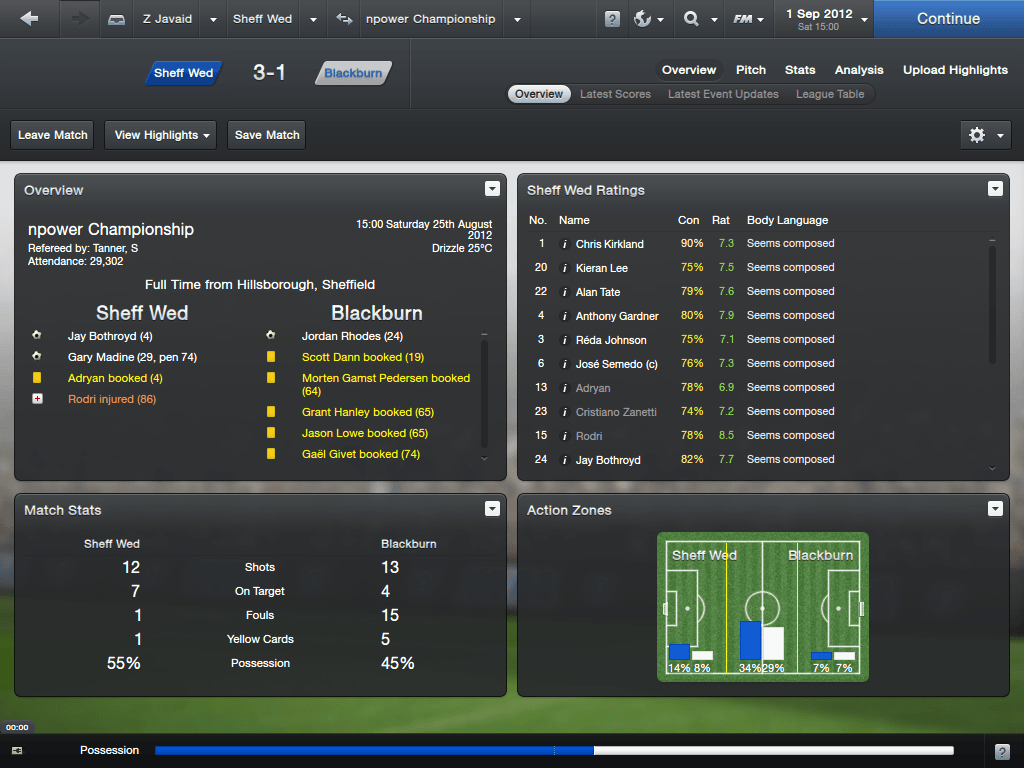 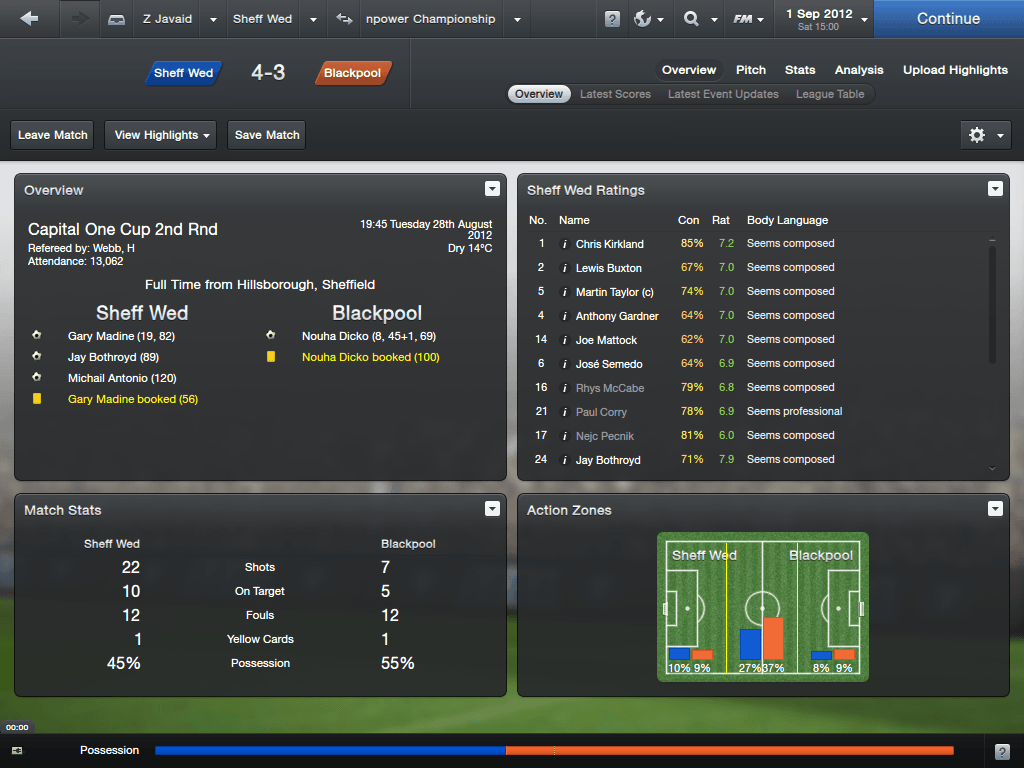 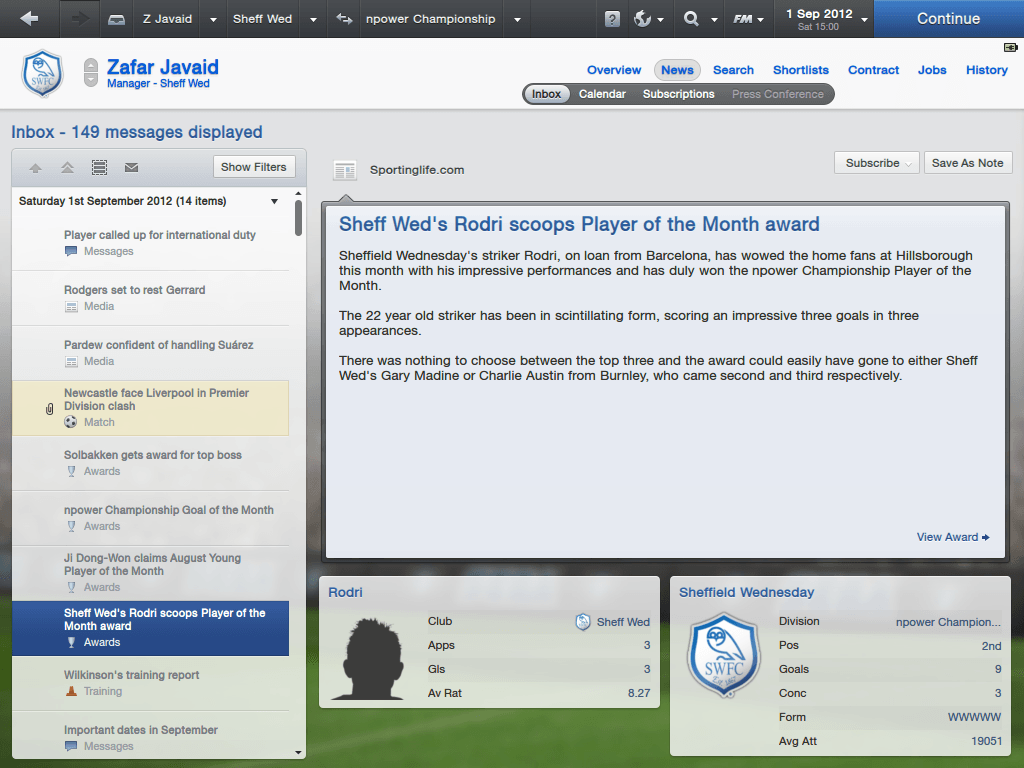 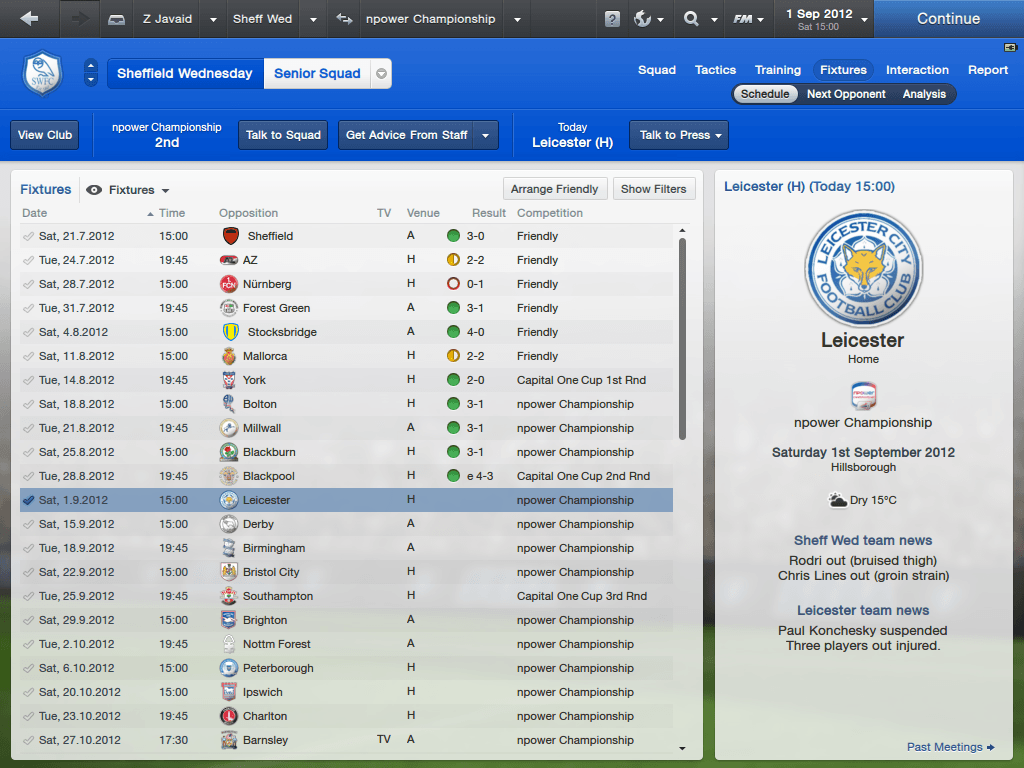 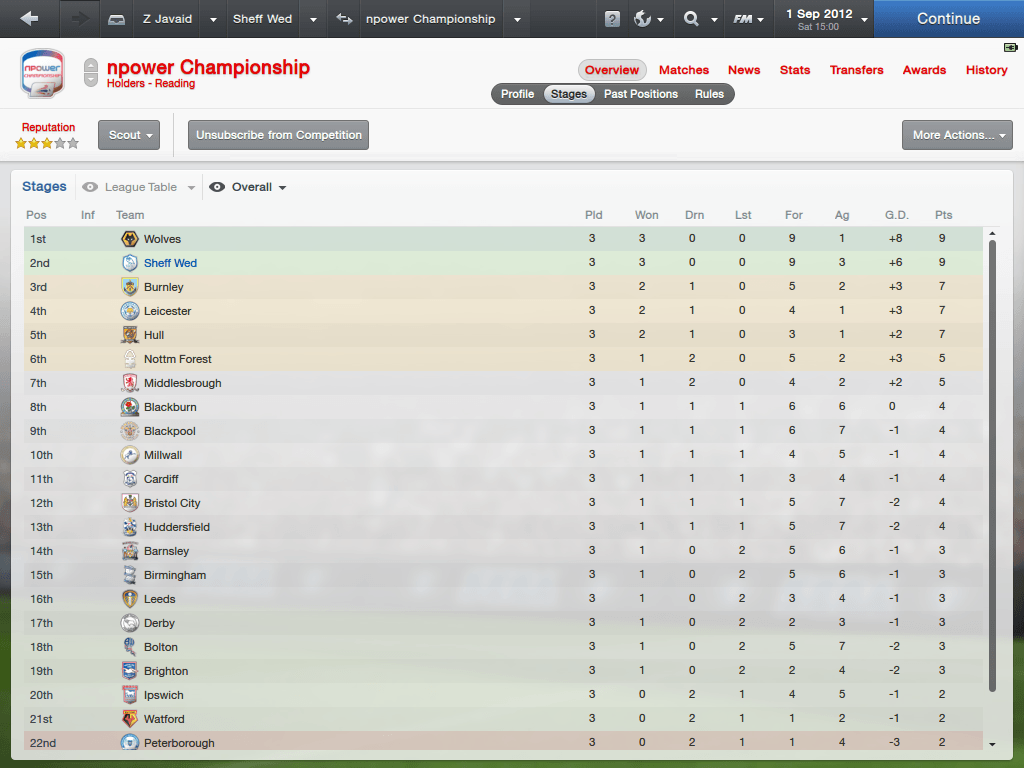 My Review: I think that this was a very good month judging by the results you can see that this could be the start of something new, my favorite result was against Blackpool even though it was league cup, coming back from 3-1 down in the last 10 mins and scoring the winner in the last minute of extra time can't beat that!. Surprised I never got manager of the month, maybe its because Wolves won their games as well and also I sent Jermaine Johnson on loan to Rotherham and some other youngsters to some other teams.

afhp89
10 years
Great start mate. Although u might want to check the mistake with your images

and all the best!
Login to Quote

You are reading "Sheffield Wednesday F.C. - The Owls".