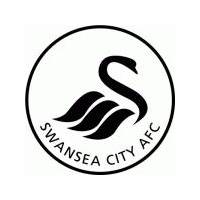 Swansea City Association Football Club (Welsh: Clwb Pêl-droed Dinas Abertawe) is a Welsh professional football club based in the city of Swansea, southern Wales that play in the Premier League. The only Wales-based club in the division, they play their home matches at the Liberty Stadium.
The club was founded in 1912 as Swansea Town and joined the Football League in 1921. The club changed their name in 1969, when it adopted the name Swansea City to reflect Swansea's new status as a city.[1] They were promoted to the original Football League First Division in 1981. It was during the following season they came close to winning the league title, but a decline then set near the season's end before finishing sixth, although a club record. It was from here the club suffered a relegation the season after, returning back to the Football League Fourth Division a few seasons later, then narrowly avoided relegation to the Football Conference in 2003. Prior to playing home matches at the Liberty Stadium, the team had previously hosted at the Vetch Field. The Swansea City Supporters Society Ltd owns 20% of the club,[2] with their involvement hailed by Supporters Direct as "the most high profile example of the involvement of a Supporters Trust in the direct running of a club"


Micheal Laudrup has today announced he will be leaving Swansea city but has not revealed the reason behind this shock decision.

Swansea Chairman Huw Jenkins has today announced that ex international Shane Swanston will be the man to take charge and will be given a 1 year deal to prove if he is the right man for the job.


Shane has stated that he will bring an unusual tactic to Swansea City that will ensure that his team dominate possession and lift fans of their feet. as shane walked stood up and walked towards the door to leave the press conference he turned to the camera and had 2 words for the press that sent shivers down spines " weve arrived" 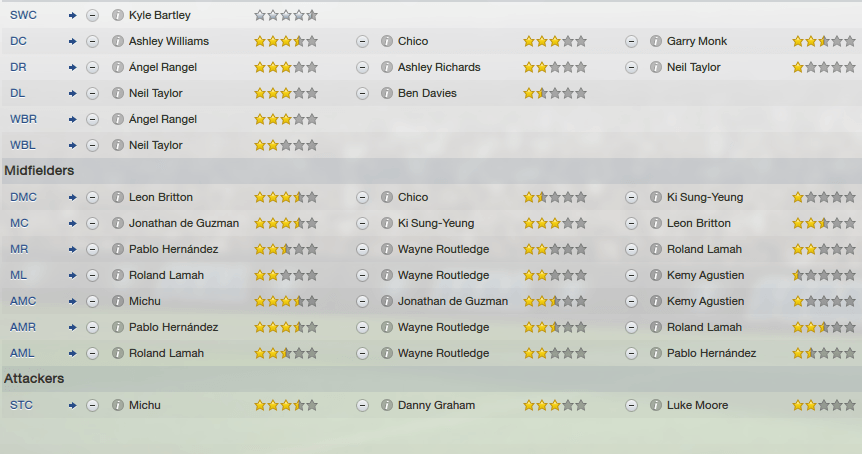 
Erik Larsen and myself have written up our transfer shortlist of targets Swansea will be pursuing, heres a quick look at our shortlist

feel free to let me know your opinion on these players .

Swansea have announced they will be playing 7 friendlies before the start of the barclays premier league, it all starts with a game against Bordeaux, than onto a 2 week training camp in Austria where we will play Fc Hard , Red Bull Salsburg , ADO den haag before finishing off with 2 games against SV horn and SKN st.polten. Preseason concludes with a much anticipated match against Athletic Bilbao at the Liberty Stadium

Glenn T
10 years
Shaneo is back!
Login to Quote

i was never gone glenn

. just keeping on the downlow. hope you enjoy my new story

VillaAllTheWay
10 years
From experience i know that Gardener turns out great! i played him in cup games first season and by the second sea on he was leading our assists!
Login to Quote

Arvind
10 years
For a striker, get Gameiro on loan from PSG! He's freaking beast. Unless you want a target man type like Graham(in which case, go for Leonard Kweuke)
Login to Quote

its me
10 years
Overall Pre-Season went pretty well with 5 wins out of the 7 games we played. but most importantly the players has come to terms with the tactics ill be looking to empoly and encourage my side to use 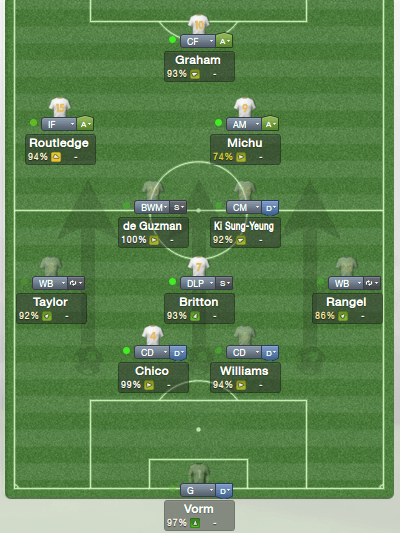 this formation will allow us to dominate possession against most of our opponents because of constant pressure applied to the opposition whilst defending and players always being available for a pass when we have it, im hoping our slow possession game will excite fans and fill out the Liberty stadium in the coming years


I other news Lucas Biglia's proposed move to Swansea City has been cancelled due to work permit problems. so we will now turn our attention to other targets, Nathan Dyer has moved to QPR for a fee of $6m
Login to Quote

its me
10 years
Capital One Cup 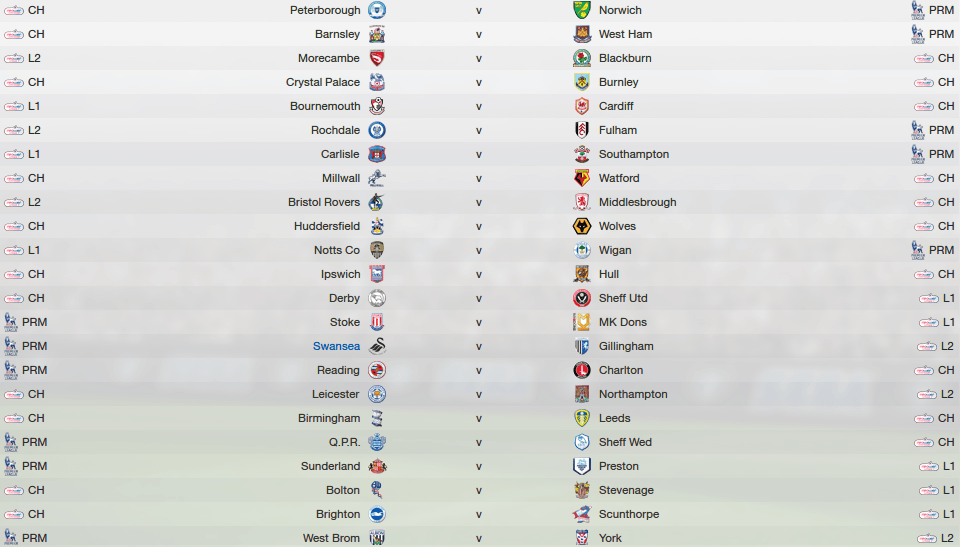 weve been lucky enough to draw Gillingham in the 2nd round. we will be trying some of our young guns in this match to give them valuable playing time in order to help their development 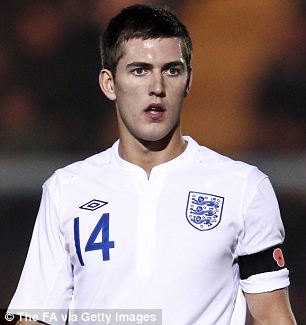 Swansea City have announced the signing of Gary Gardner from Aston Villa for a fee believed to be $10.5m. Gardner has been tipped to have a bright future in the game so i made sure we beat other teams to his signature
Login to Quote

Glenn T
10 years
Paying 10.5m for Gardner? Is he that good?
Login to Quote

You are reading "Welcome to Swansea".