OllieLUFC
6 years
Hello guys! This will be my first story so dont expect much from it. Im hoping i can make my story more intersting as i go along and make sure it is enjoyable for you guys.

Next update will be soon
Login to Quote 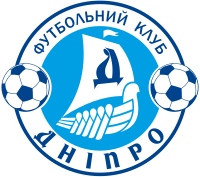 Good Morning! You hold this press confrence regarding the recent sacking of manager Juande Ramos. What are your thoughts regarding the sacking?
Firstly, I and everyone associated with the club would like to thank Juande Ramos for his time at FC Dnipro, but we feel our plans for the club are totaly different and we feel it's time we look for a new manager.

What sort of plans did Juande Ramos have regarding the future of the club and how were they different to yours?
I wont be discussing in depth the reasons why we feel our plans are different, but to some up we feel that Juande's plan involved us winning major trophies within the forthcoming season and we feel that is too soon for us to think about winning a major trophy as we have a long term plan at FC Dnipro.

Im sure you have had plenty of job applications for the vacent managerial position, but do you have a good idea of who you would like to become the next manager?
We will be taking in to account every applicant, and will decide within the next few days on who we believe would be the right man for the job.

Finaly, on that point.. will you be looking to get an experienced manager in or would you be willing to get a relativly unknown manager?
Like I said we will take in to consideration every applicant, and will make a decision in the next few days. Thank you and hopefully we will have some more news for you in the next few days.
Login to Quote

You are reading "FC Dnipro - The Revolution".