You guys have chosen! I shall be Q.P.R!


Mark Hughes has left the QPR post open after his side ended up 17th in the Barclays Premier League. He said that he had left the club to save himself and the club's reputation.

With the position now open who will take over?

We at QPR Today go through all the possible managers for the vacant post.

Ex-Kop manager so has good experience with big teams. Should Chairman Tony go for him?

After being sacked as Spurs Manager, can this man bring some glory days?

Is it time to bring back Player-Managers to the Premier League?

Can Fernandes pay up for the former Barcelona gaffer? It'll be brilliant if he can pull it off! 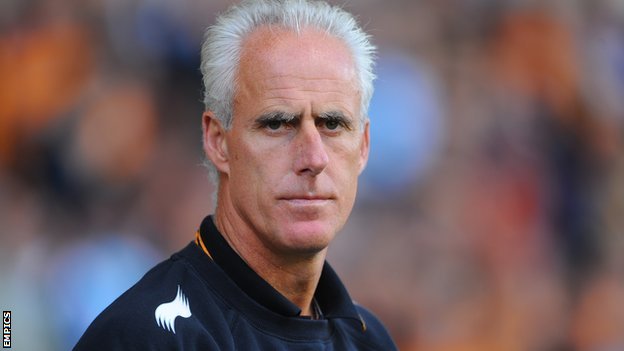 Old McCarthy was sacked from newly-relegated Wolverhampton. But is he the right man for us?
Login to Quote


Wait and see young one, wait and see.
Login to Quote


This is Henri Ho
Unproven, he has played in the Blue Bet Square Premier where, he was forced out of playing the beautiful game after a tackle by Jack Carpenter. Introduced to management by hit game 'Football Manager', he asked his father (manager of his local club) whether he could take up the vacant assistant manager post. He was 22 at the time. Now, Q.P.R have given him a 1 year contract to see if he can put that to the big stage!
Login to Quote


After the shock appointment of Henri Ho as QPR Manager, many fans have been left furious at Fernandes' decision. The supporters said that they made it clear that Guardiola was their first choice and Redknapp was to be second in the pecking order. However, a small minority of fans say that they believe in Ho, who can hopefully bring new ideas into the side.

How long can he last? The bookies are saying he is 2nd favorite to be sacked next, after David Moyles, who recently expressed his desire to manage Manchester United, after Sir Alex Ferguson, or Bayern. This left fans of Everton and the Toffee's board fuming.
Bookmakers are also offering 1-3 odds on Henri Ho being fired from now until the end of the season.

So, can Henri Ho prove everyone wrong? We hope he can! We don't want to be playing nPower football next season.
Login to Quote

New Club, Meetings and Transfer Whatnot


'I sat in the boardroom, waiting for Mr. Fernandes. He walked in and I shook his hand. "Hello Henri," he said.
I answered " Pleased to meet you Mr. Fernandes!"
"Please call me Tony."
And then we talked about the club. The team policies, what he expected me to do and finally how much money I would get in my Transfer and Wage budgets. I told him that we could achieve a top half finish, and he rewarded me with £5.25 m to spend!
http://site.yayasan1malaysia.org/clients/yayasan1malaysia/images/photos/5416201232013PM_O.jpg

After meeting the squad, I had to tell Ji-Sung Park the honest truth. I don't think that he was cut out for captain. He only had an influence over players that were deadwood, mostly. I decided to replace Ji-Sung Park with Ryan Nelsen. Shaun Derry would be Vice-Captain.

Afterwards, I arranged, and cancelled, some friendlies. They would be against bad clubs ( no offense) to boost the morale, after we would thrash the living daylights out of them! I needed it after nearly everyone was upset about my new captain.

Next, I went to Brazil to ask about Wellington New, Adryan, Mattheus and Doria. All got transfer offers matching their release clauses. I also sneakily got some of my scouts to scout there, to increase my knowledge in Brazil, which is full of youngsters which you can get for very, very cheap.

We also made offers for Jores Okore of F.C. Nordsjælland, again matching his release clause of 1.3m. We approached Royston Drenthe and John Mensah, who were rejected by Real Madrid and Lyon respectively.

Of course this meant that I would need to offload some central defenders and later that day, I knew who needed to go. It had to be Anton Ferdinand. He already didn't want to stay because of the pressure of the new signings and decided to transfer list himself. Good riddance, I say.'
http://images.icnetwork.co.uk/upl/fulhamchronicle/sep2011/6/6/anton-ferdinand-image-3-288293690.jpg

Note: I want this to be a bit more audience involved than usual, so feel free to comment about what you want me to do next. However, i am currently through all the pre-season, just a bit of back up so there is always something. But remember, the transfer window is still open. I need a CAM, ST, LM or LB. 5 million to spend, Premier League Squad has one more space.
Login to Quote


Wellington Nem and Archimede Morleo are injured. We will bring more as it comes through.

QPR are now targeting Southampton U18s left-back, Luke Shaw, or they will go for Arsenal Reserves star man and also left-back, Andre Santos. No offers have been made about either.

Q.P.R Striker, Rob Hulse is currently injured after a collision in training.

'I was gutted. Injuries, injuries, injuries. None went my way. If Nem is going to be injured, I guess I could arrange a tranfer for the end of our season. But what if I get sacked? No, I won't.
I'm not worried about Morleo that much. He isn't out for long but Bologna Reserves run him ragged. He's bound to be injured again. But I guess he can play left midfielder so I'll keep an eye on him, in case he gets better.
And Rob Hulse. Why is he injured? He's deadwood and now no-one wants him because he is injured. And his wage! How did he get paid that much? Hughes and Warnock have given me all to do. I need to get rid of so many, they won't get into the squad. Maybe I could loan Traore out with a recall clause. I'll get money and back-up if needed. Yeah that should do it.
But who to get for the attacking midfielder position? He needs to be young, so I can play him in the Premier League.
Oh I don't know, if only someone would tell me.'
Login to Quote

QPR transfer targets Wellington Nem and Archimede Morleo are to be out for between 2-6 weeks and 10 days-3 weeks respectively.


Hello everyone, and welcome to the opening day of the Premier League. ESPN will have the honours of broadcasting the first match of the Barclays Premier League 2012-2013 Season. The game is QPR vs Manchester United, at Loftus Road and the big news is that rookie manager Henri Ho, QPR, will be starting his managerial career against Manchester United, whose manager is the longest-serving ever.

And we're here today at Loftus Road, and its QPR vs Manchester United. I'm Kevin Keegan, and my co-commentator is Jon Champion

34 Minutes: And it's a penalty, oh my word. Some brilliant defending from QPR could all go to waste here. Van Persie steps up. Goes for the left top corner and ohhh, a brilliant save there from Cesar!
Yes, that's a nice save from the keeper but Nani has picked up the ball, floats it in. But headed away by Miquel, the former Arsenal man.

68 Minutes: Here's Park Ji-Sung. Rafael goes in! Foul, and a yellow card for the young Brazilian. Royston Drenthe powers it in, Granero heads it, brilliant reflexes by De Gea. Still 0-0.

Hi there, my name's Gary Neville
And my name is Andy Townsend. We'll be your commentators today for Sunderland against QPR. Sunderland are firm favorites for this game.

85 Minutes: And QPR are starting to attack more. Cuellar passes back to his keeper. Zamora is on that pass. Fair tackle on Mignolet and Sunderland are in a lot of trouble, Zamora shoots! Hits the post but Drenthe and Bramble are both going for it. Drenthe paces out Bramble, slides in! Mignolet get a glove on it but it bobbles in! GOALASO!!!

Glenn T
9 years
Brilliant start, and considering the fact you're only 12 (if what you say on your profile is true), this story is really awesome. Just a small BBCode fail there in your last update.