Jamesg237
7 years
Well done on progressing to the next round of the Europa League. What are your ambitions for this season?
1
Login to Quote

My aims are to get at least to the semis of the Europa, will be more difficult now I finsihed 2nd

Another good for Neville’s Liverpool side.


Yet another good month for Neville and his Liverpool side means a challenge for the top four is well and truly on now as they are putting themselves in with a really strong chance of getting into the top four teams.

Premier League Round Up: Another good month in the league saw Liverpool win 4, draw 1 and lose 1 meaning they pick up another 13 points on their march towards possible Champions League football.

Europa League: Despite a 2-1 win Liverpool still finished second in their group and were drawn against Olympique Lyonnais, which will be difficult to win.

FA Cup: The FA Cup 3rd round draaw has been kind to Liverpool and see's them drawn agaisnt Palace.

Today is a day Liverpool fans would rather forget. Arguably their best player this season has been sold for a measly £15M to Manchester City. Controversially the board did not only sell Lucas but did not even ask Neville on whether he agreed to the transfer or not. Neville is now currently looking for replacements for £5M as that is all the boar as refunded back into the transfer budget.

Neville has this statement to release:
I am deeply upset at the decision by the board to not talk to me about not only one of our best players but also a player that was a very important part of my plans for the starting eleven and the future. I will now be looking for a replacement but for only £5M the replacement will most likely have to be for the future as I do think there are many players out there with Lucas's abilty for only £5M. I wish Lucas all the best and regret we could not of kept him for longer.
Login to Quote


Neville has stated "I am left embarrassed and hurt that the side perormed so bad today and I will be having a word. We should be walking thoughs match's, not disrespect to Brighton but we should walked that match. I apologise to all fans here today who has to watch this awful performance."

January another good month for Liverpool


Yet another good month in the league for Liverpool as to the surprise of many they take 3rd place. The only disappointment this month is the humiliating home defeat against Brighton.

Transfer Round Up:
Lucas sold to Manchester City for £15.25M
Quaye brought from Espanyol for £4M
Login to Quote

Blue
7 years
Losing to Brighton must have hurt, but going well in the league

Ignore the missing pictures as they are from previous months. If anyone new has started following my story I am currently 4th in the prem in Feb 2013, got Olympique Lyon in the Europa and am out of FA and Carling Cu. Thanks.
Login to Quote


Another good month for Liverpool despite a bad first game. The rest of the month went well for Liverpool as they push for top 4.

League Review: Despite a humiliating 4-1 defeat against QPR, Liverpool can judge this month’s overall league performance as good and needed.
[img] 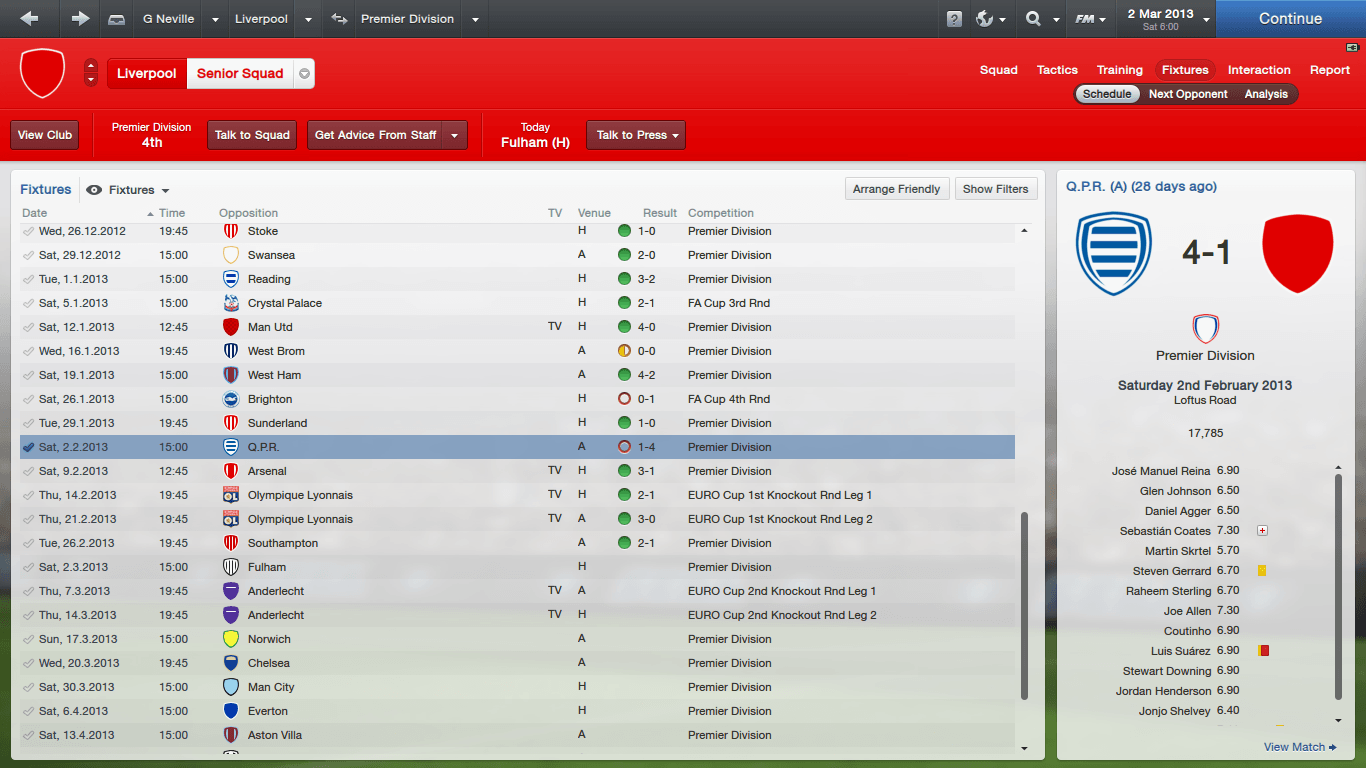 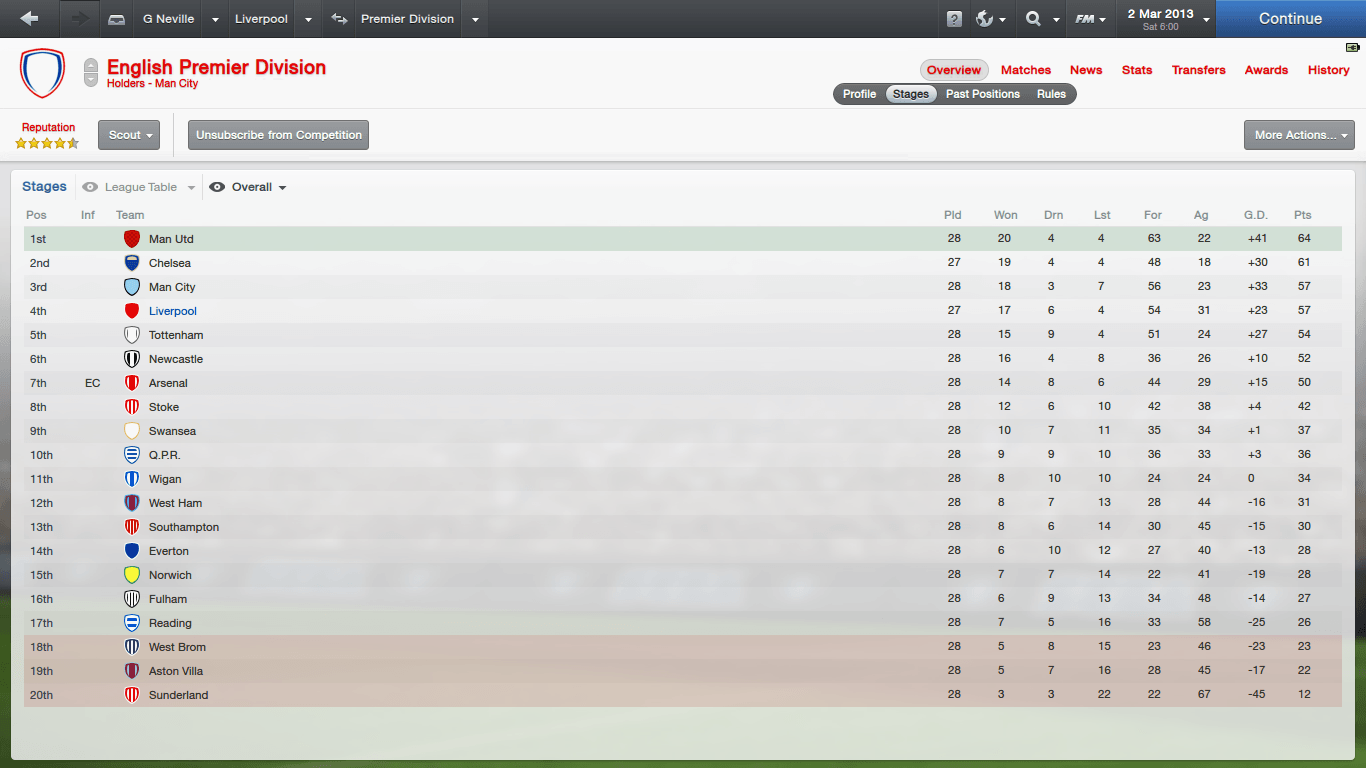 Europa League: A stunning 2 legs for Liverpool in which they ran out 5-1 aggregate winners of Olympique Lyon, with a surprising 3-0 win at Olumpique Lyon. 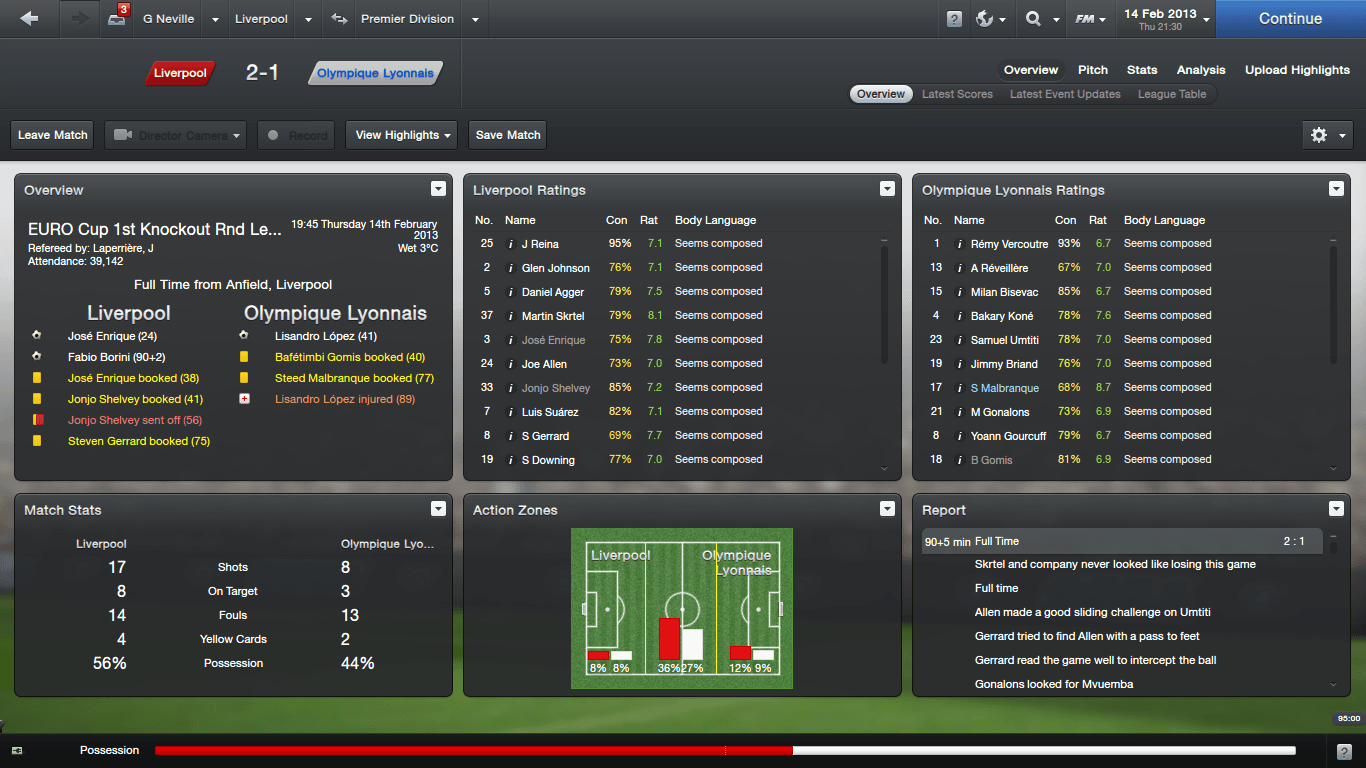 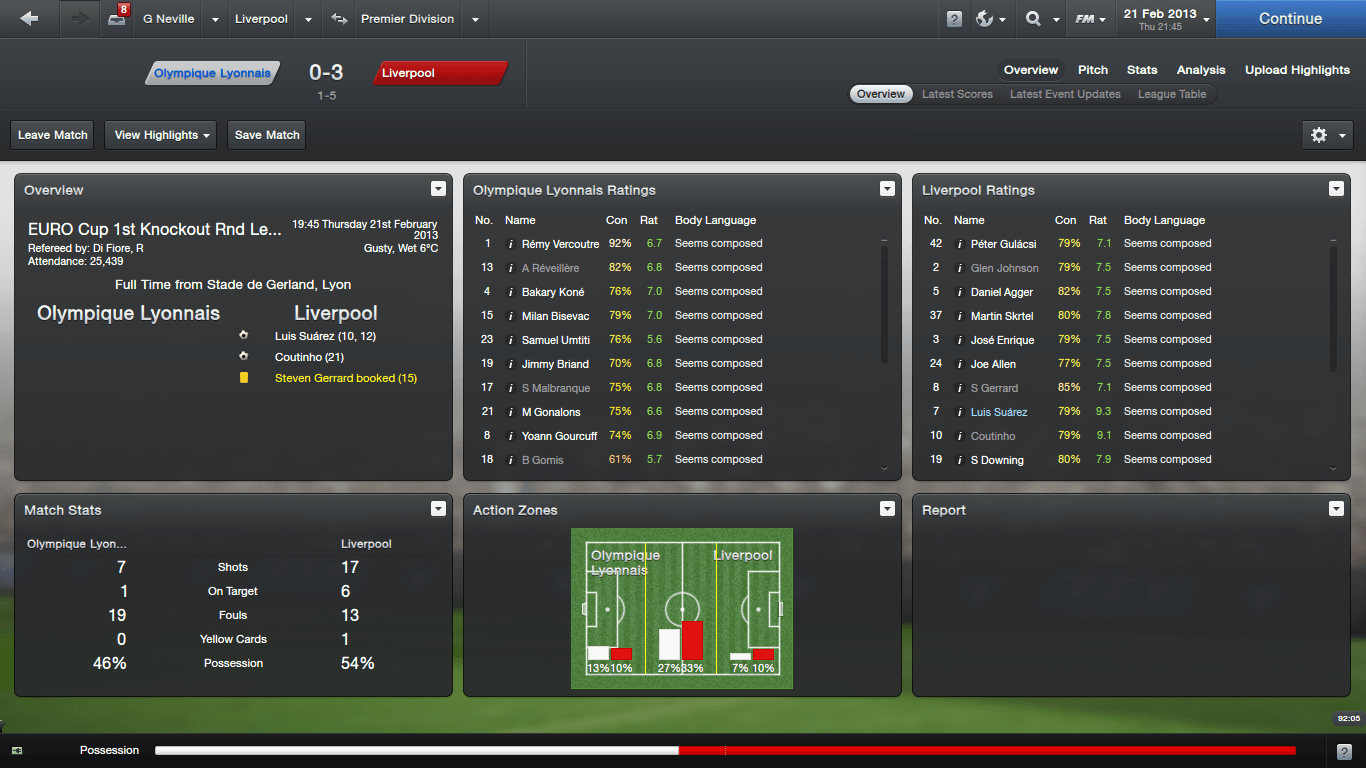 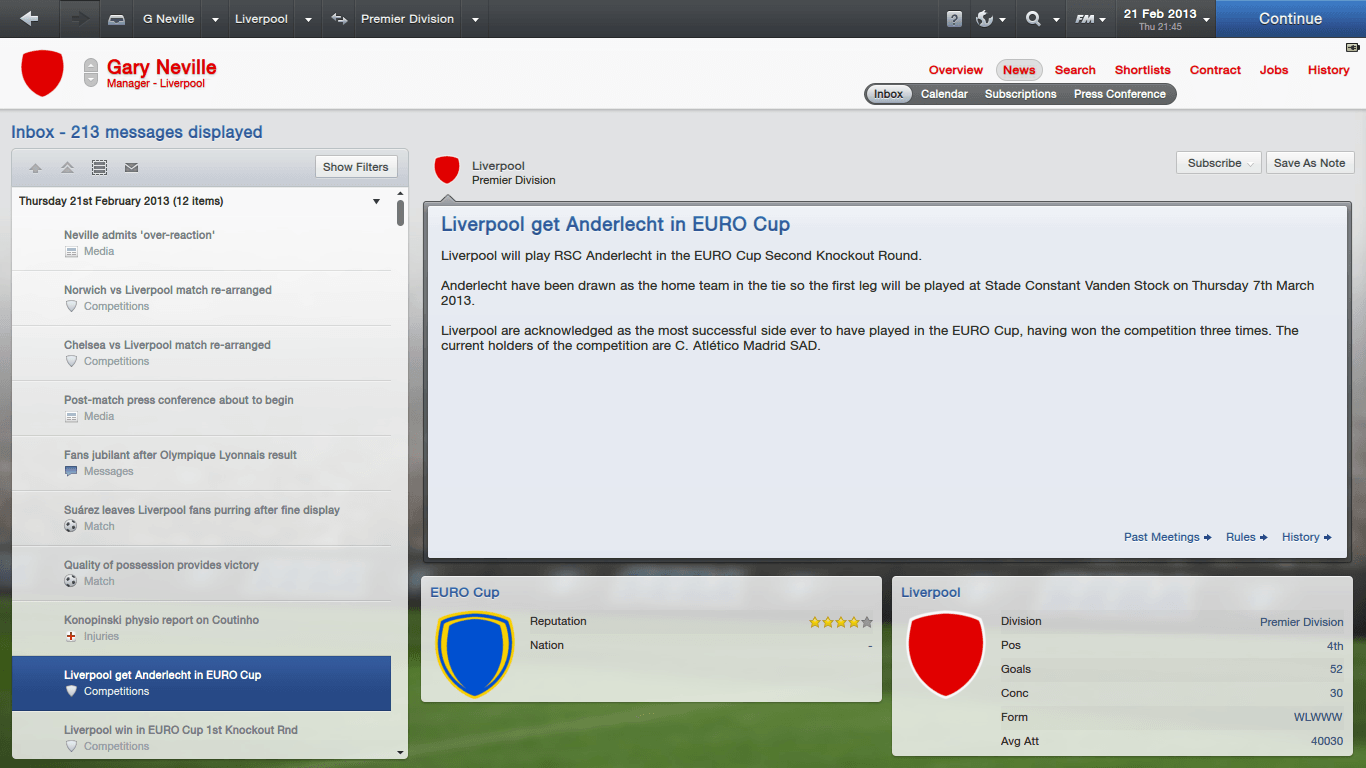 LiamB
7 years
Nice signing there with that young lad, paul quaye is it?, Well done mate keep it up!

Cheers mate! Yeah he looks a decent one for the future

LiamB
7 years
Cracking one mate!keep it up!
Login to Quote

You are reading "YNWA: Liverpool Walk On Towards The Glory Days".